One can always rely on the Southbank folks to bring lesser-explored areas of art and design to the public attention, and the cinephiles at BFI Southbank are currently celebrating a particularly niche subject with their exhibition Polish Film Posters 1954-1970.

After being invaded at the beginning of World War Two, Poland then endured further oppression from the might of Moscow at the conclusion of the conflict as the Soviet Union took control. These were bleak times for the Poles, but one school of artists were determined that post-war Poland would be a place of colour and artistic expression nonetheless. In 1945 the country’s film industry was centralised under the control of Film Polski and the distribution arm Centrala Wynajmu Filmow (CWF). Anna Prawinowa, the CWF director, had a vision for promotional material that was driven by artists, rather than the studios, and enlisted the help of Henryk Tomaszewski and his colleagues of the Warsaw Fine Art Academy to work on this new form. The collaborators would become known as the Polish School of Posters.

It wasn’t just locally-made films that the artists worked on. Thanks to a treaty signed with Britain in 1947, Polish cinemas were able to screen foreign films films and, alongside Film Polski releases, the exhibition includes material for acclaimed productions of the ’50s and ’60s starring the likes of Burton and Taylor, Richard Harris, Julie Christie and many more. The Polish School of Posters realised Prawinowa’s vision beautifully; film footage was ignored in favour of emotive illustration, and where famous faces were used at all they were wonderfully stylised depictions rather than photographic portraits. Folk art mets pop art to brilliant effect in this influential movement, and the best examples from the BFI’s collection are on show until 25 May at BFI Southbank.

Turned on by Polish design? Check in on our exhibition archives for;
a look at 1960s and ’70s film and theatre poster design — and,
rising Polish design talent at London Design Festival, 2013. 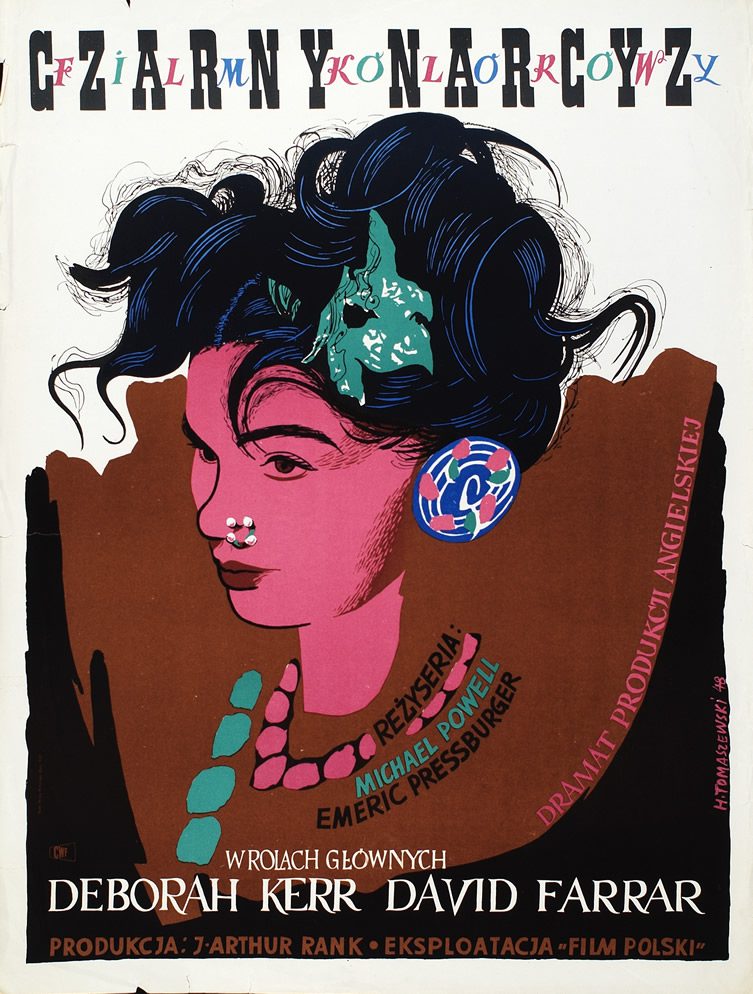 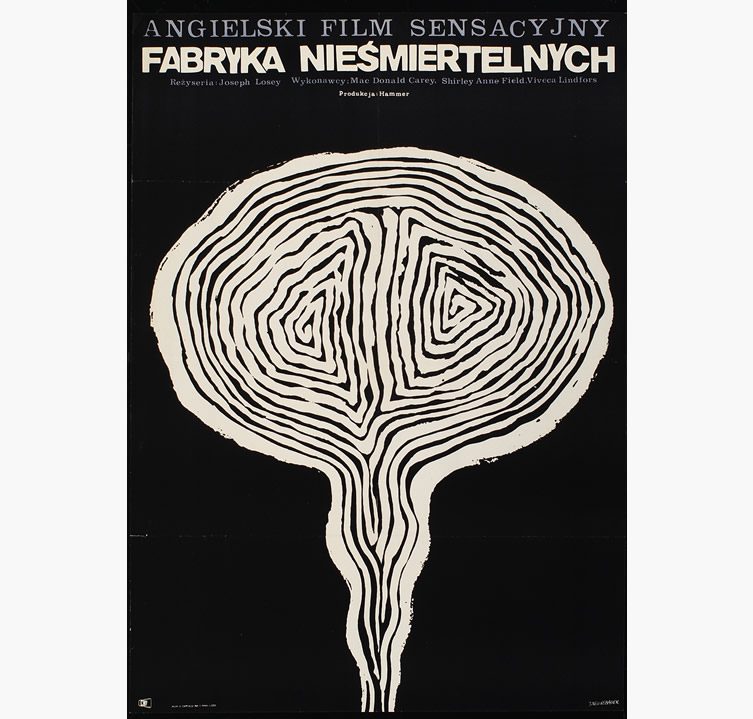 These Are the Damned (Dir. Joseph Losey)
Designed by Jacek Neugebauer 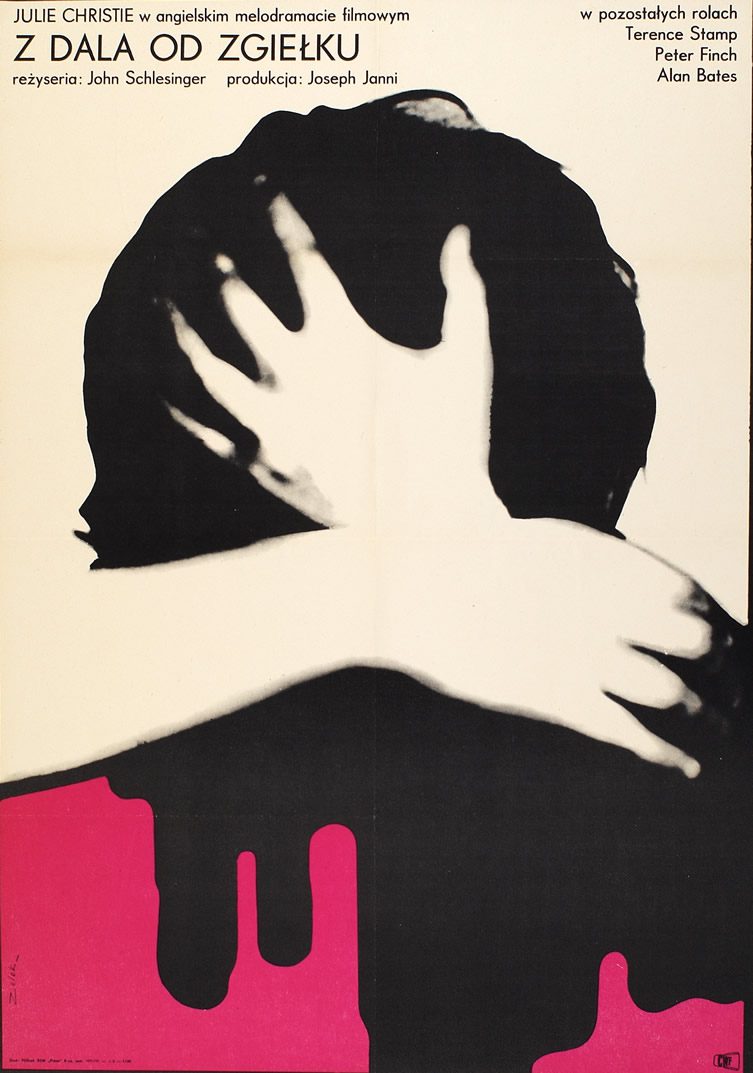 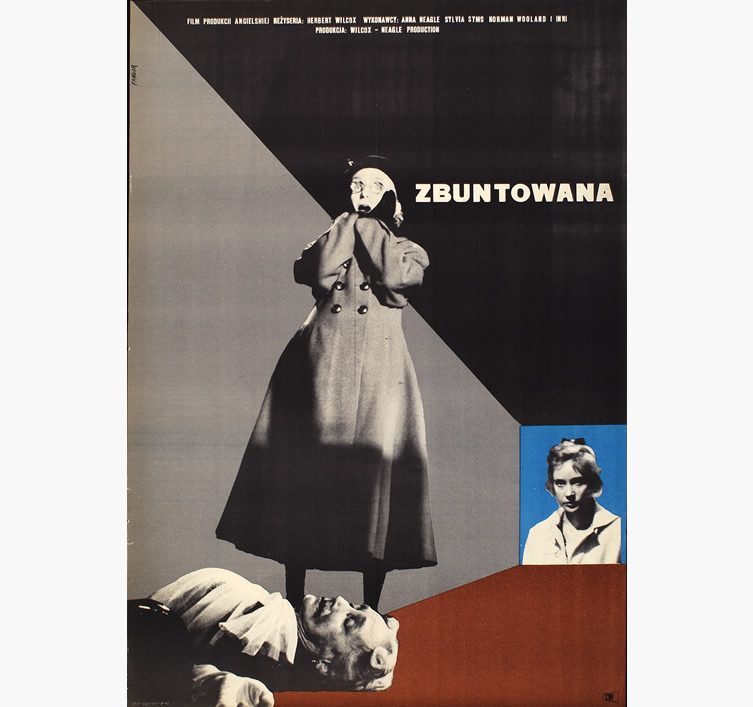 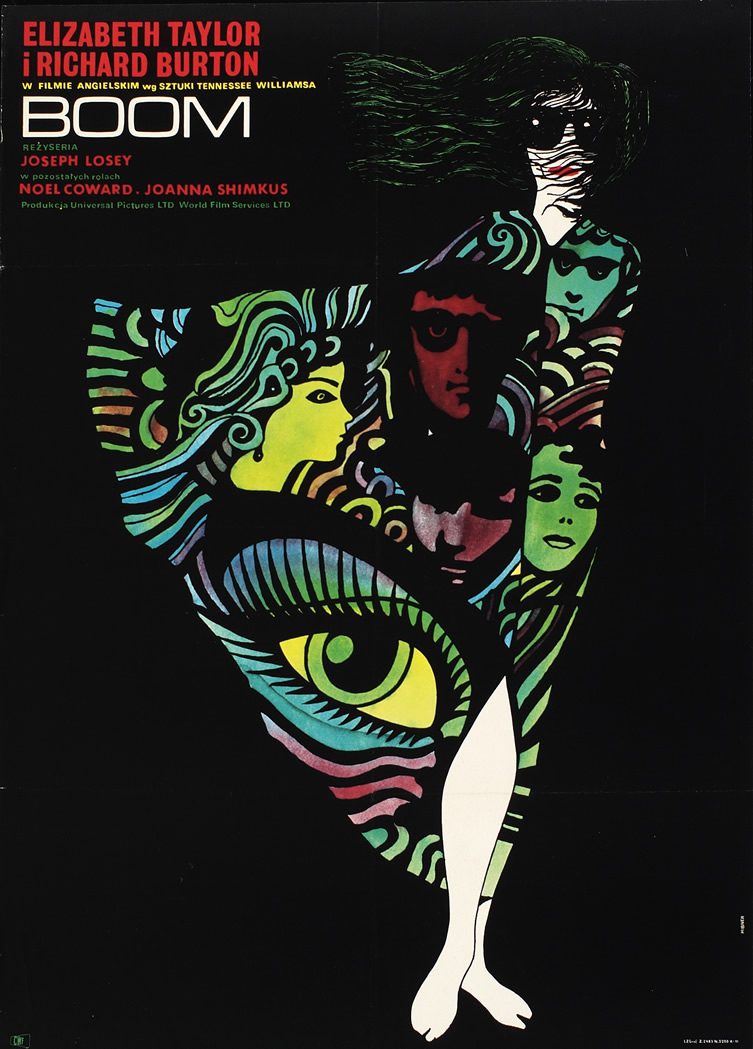 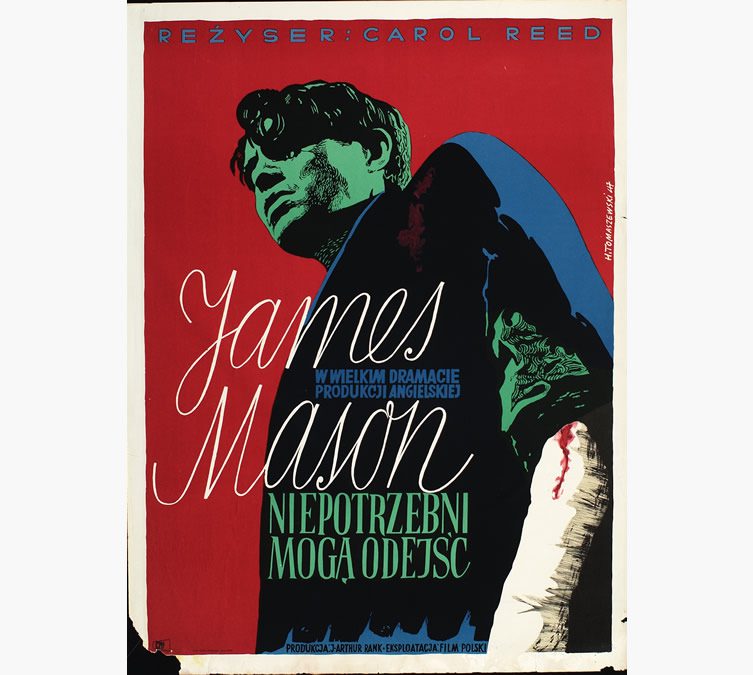 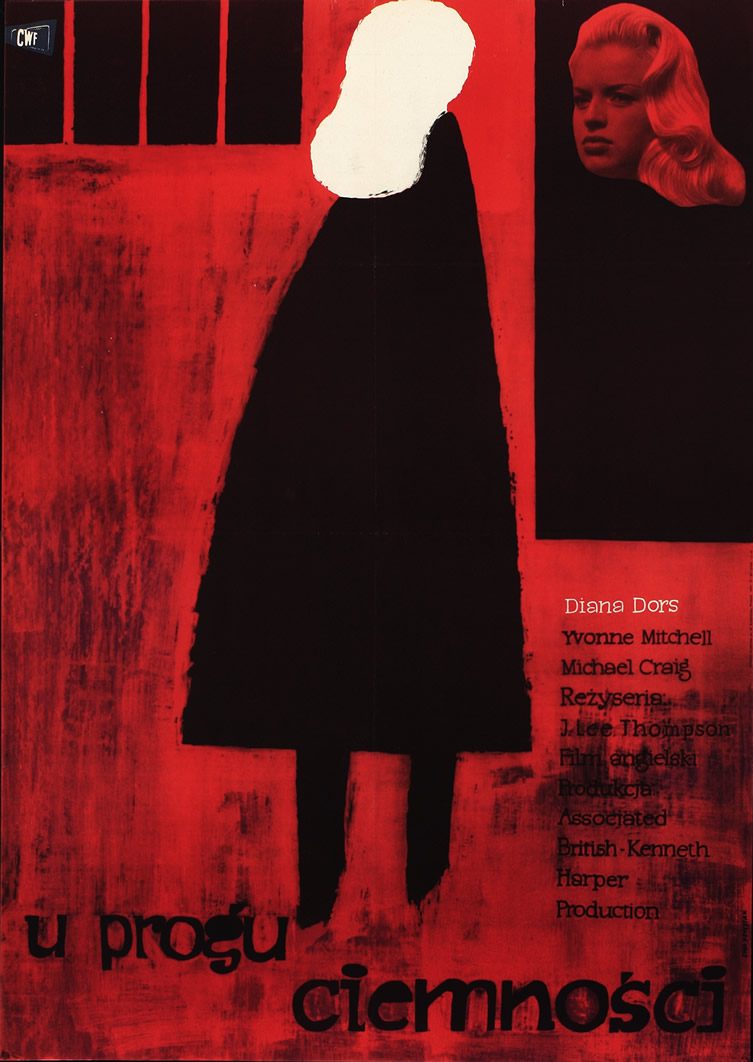 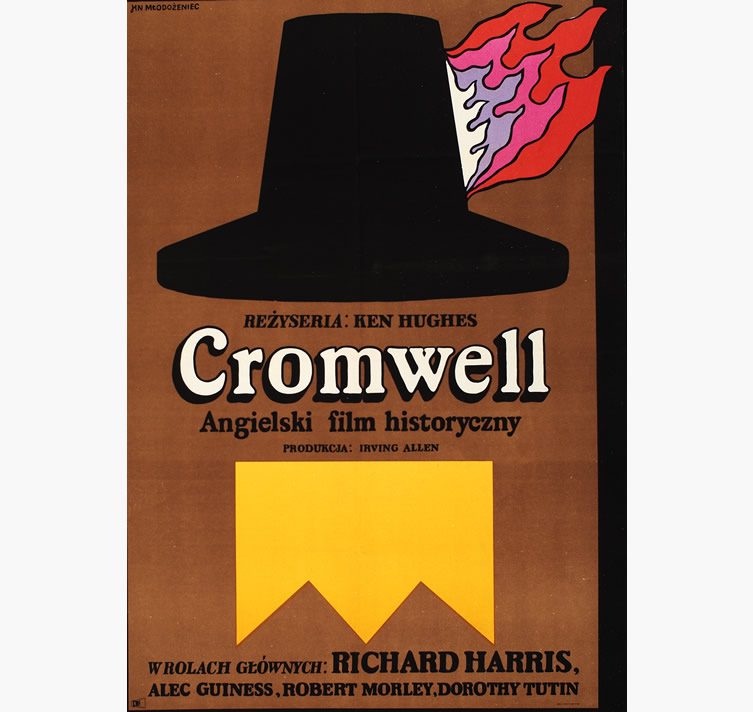 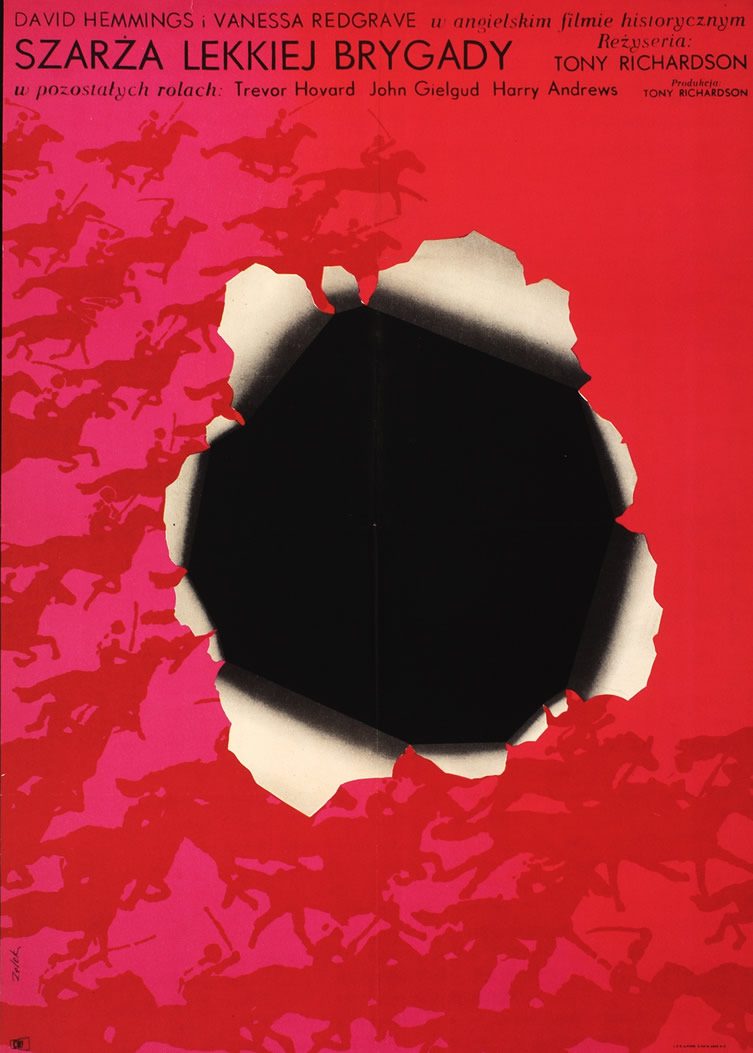