Behind a Victorian shopfront in suburban Melbourne, Michael Pham — the man behind popular Vietnamese micro-joint Tiny — is scaling things up with a new venture, Phamily Kitchen, offering updated versions of Viet classics for those who want tables seating more than one person.

Mathew Van Kooy is the architect responsible for converting the Collingwood premises from bar to restaurant, bringing Pham’s vision into being in a style the owner places somewhere between modern Vietnam and South America. The dominant colour, if it can be described as that, is a lovely ocean blue that washes over the seated diners at eye-level, covering everything from tables and chairs to the kitchen counter, while the ceiling is a matte pink. In between, the building’s shell is revealed in a layer of exposed brick, and a white layer of tile becomes a light feature on the long main wall. Chef Alex Kaewprapran serves up modernised takes on favourite Vietnamese dishes at the Smith Street venue; including rice noodles with barbecue chicken, caramelised pork neck with eggs and pickles, and a delicious brisket and sirloin pho. 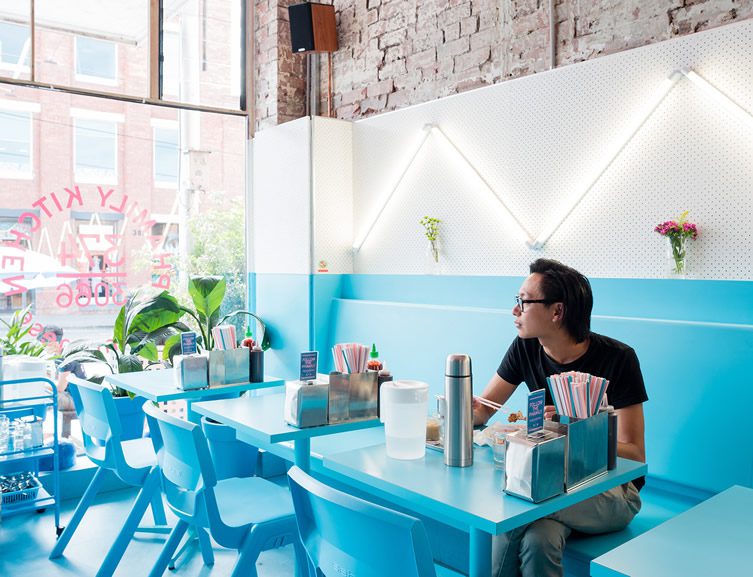 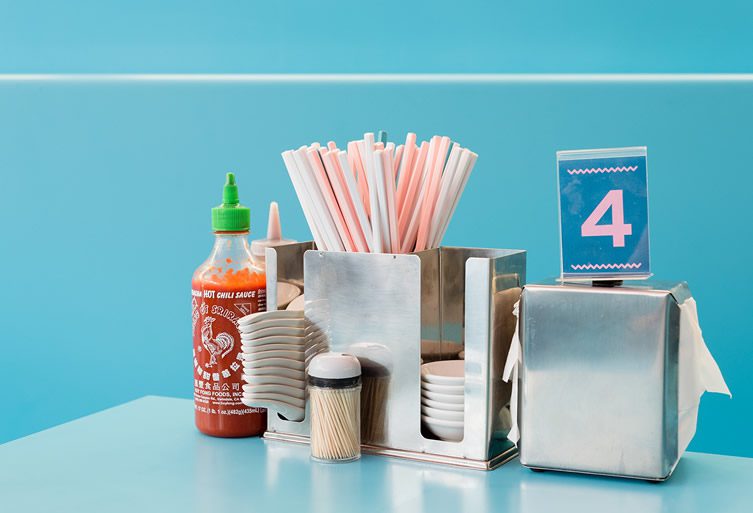 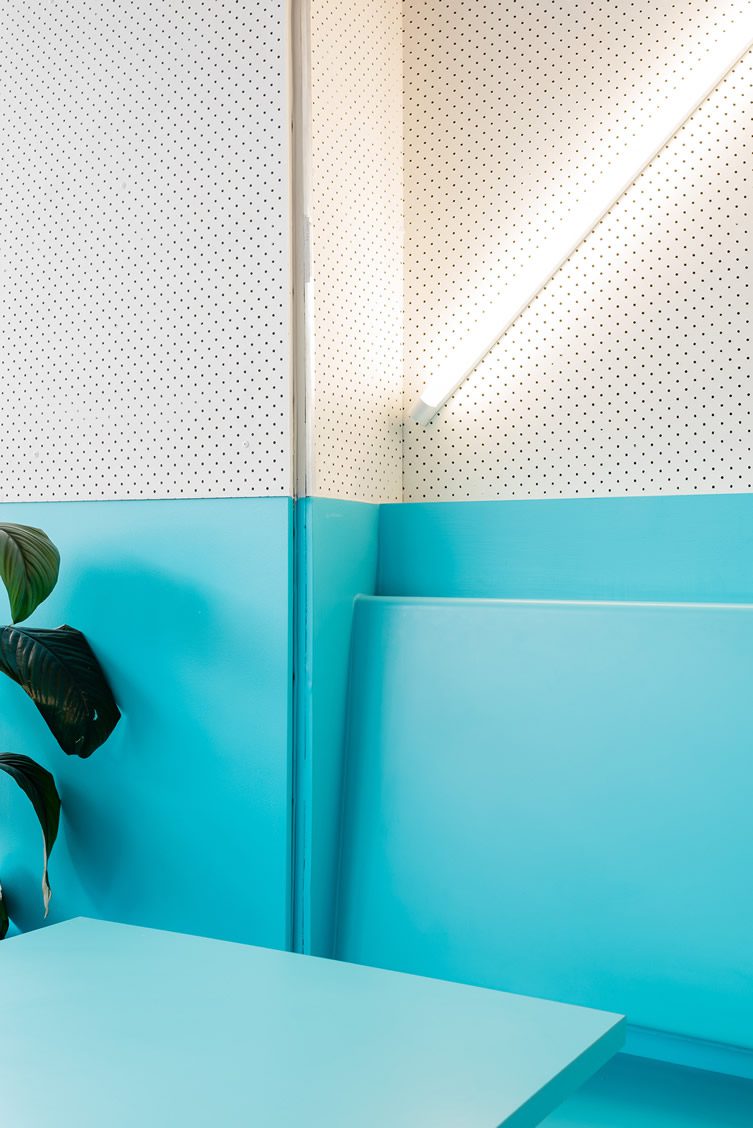 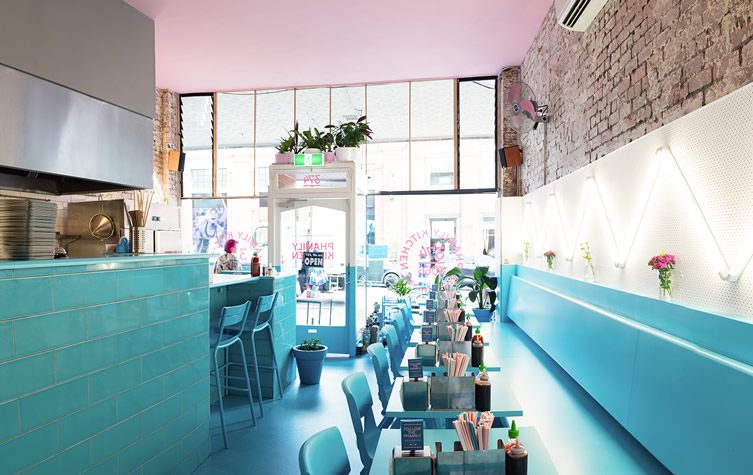 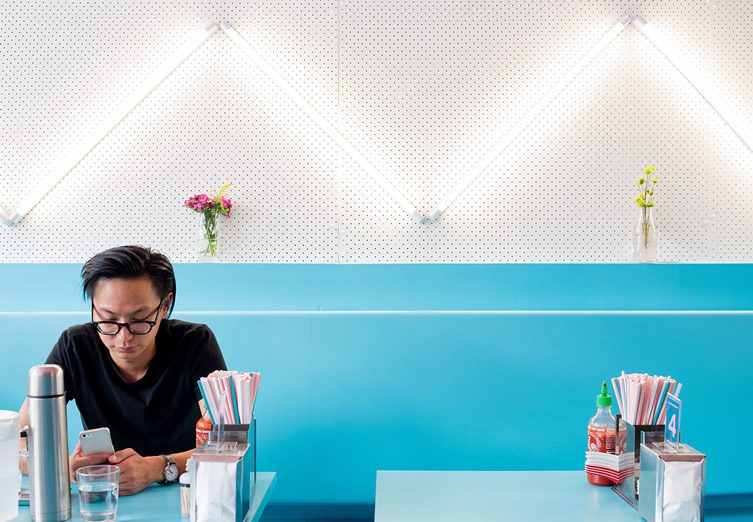 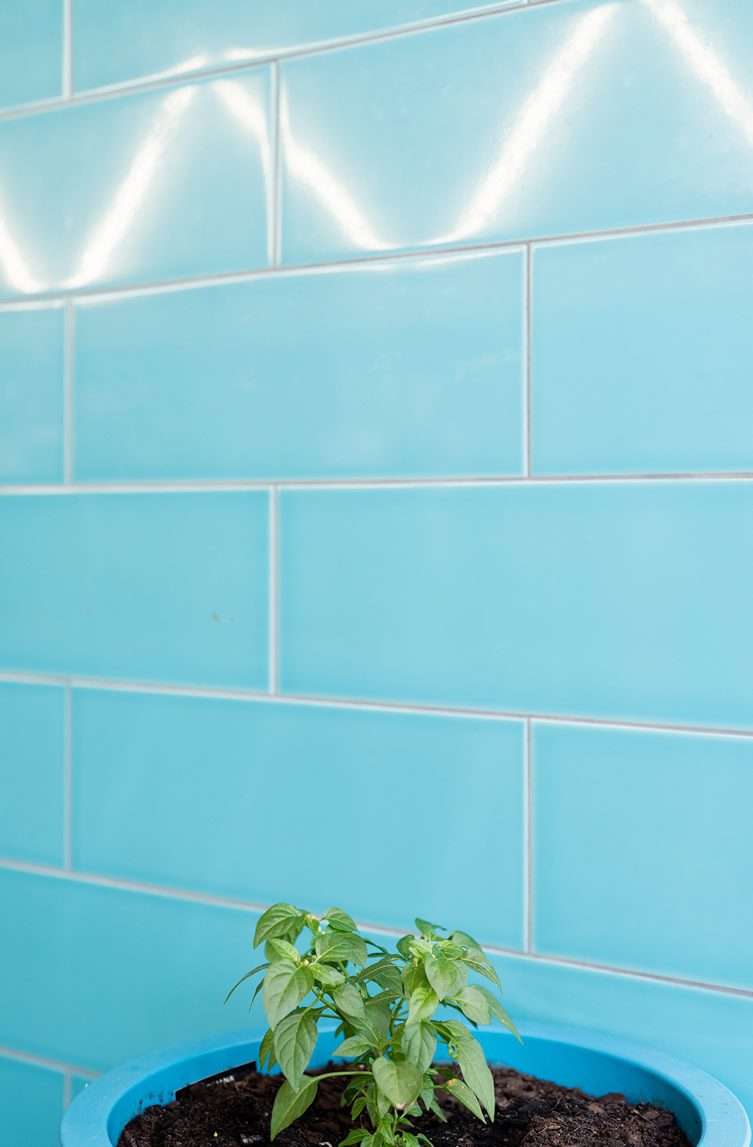 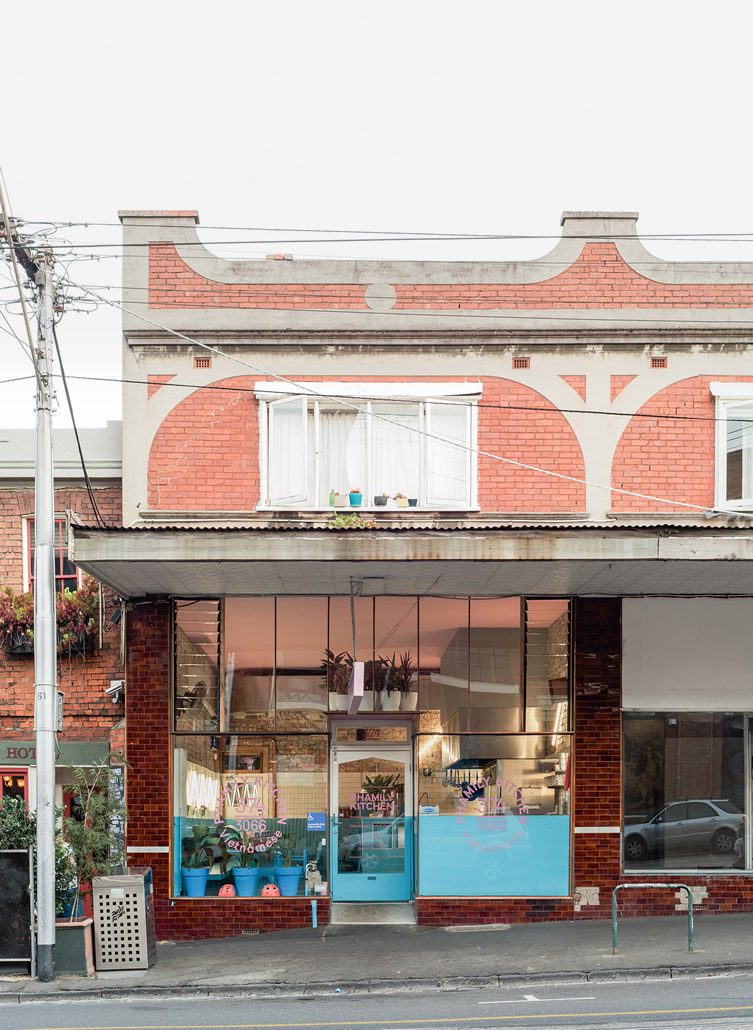