Soho was quick to embrace the original Flat Iron steakhouse on Beak Street, and with lunch crowds becoming overwhelming, a second restaurant nearby was the obvious next move. Over on Denmark Street we find Flat Iron mark II, named after the same cut of beef that went down so well at the first joint. The increasingly popular cut – known to our British butchers as butler’s steaks or top blade – is a flavourful one with plenty of marbling, but relatively inexpensive.

Flat Iron prides itself on keeping prices low, with a pared down menu that gives top billing to the flat irons, with burgers and dripping-fried chips also popular. The interior is also a suitably lean affair. A butcher’s block stands in the shopfront as a symbol of the traditional, no-frills approach here, with further meat-handling equipment adorning the walls. Those walls are stripped back brick, with whitewashed arches to the rear and sections of salvaged wood panelling. The floorboards are also enjoying a second life, characterfully displaying the wear and tear of their former incarnation. Flat Iron’s design concept extends to the act of eating, too; the steaks are served with a mini meat cleaver. 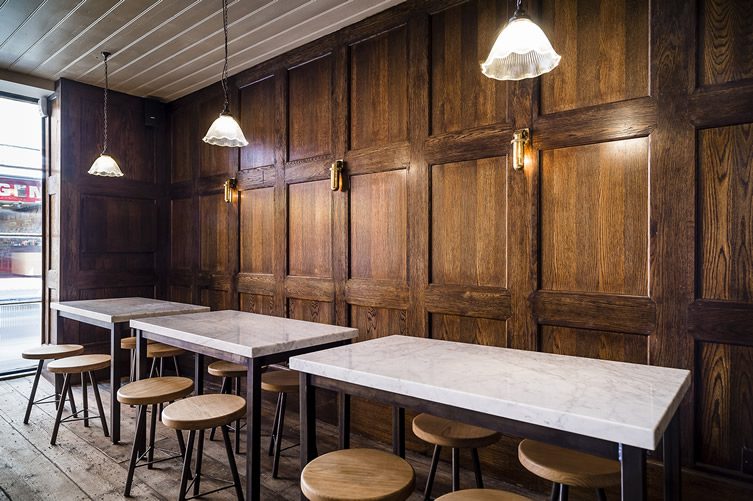 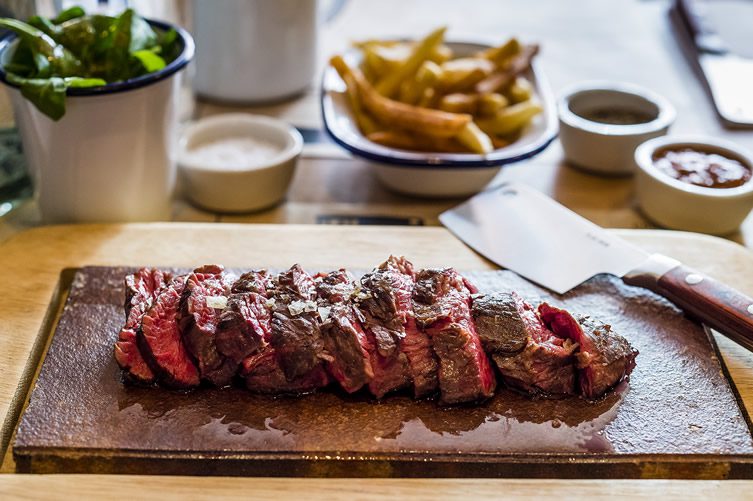 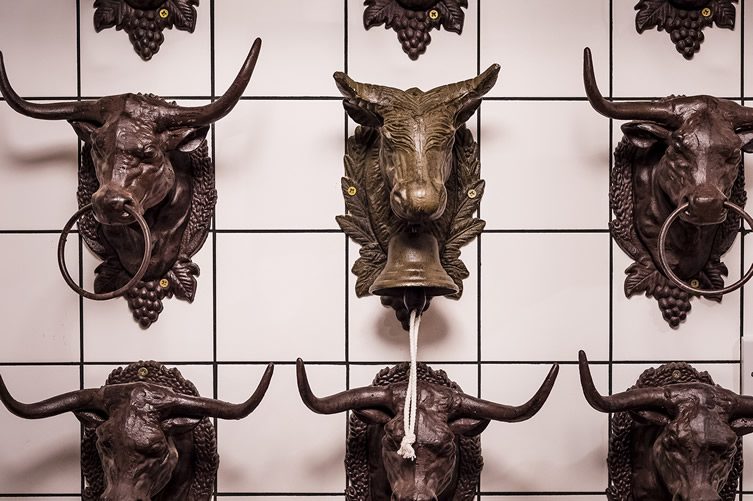 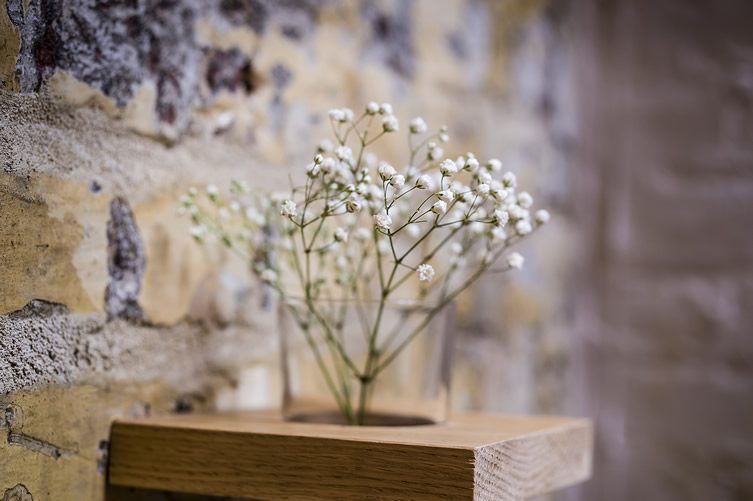 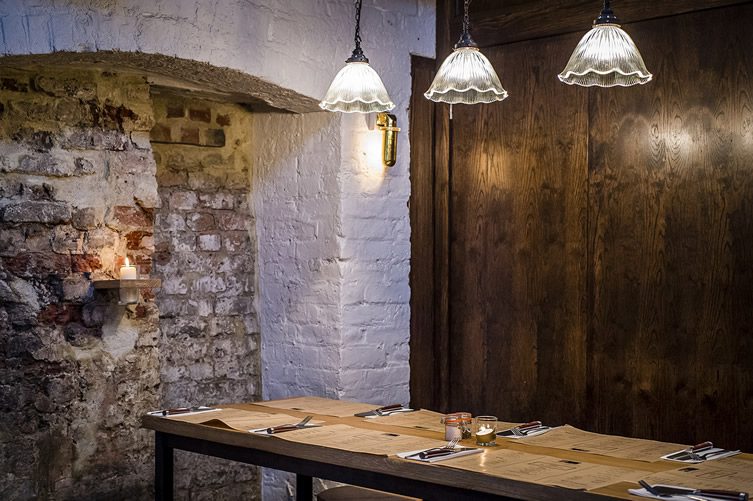 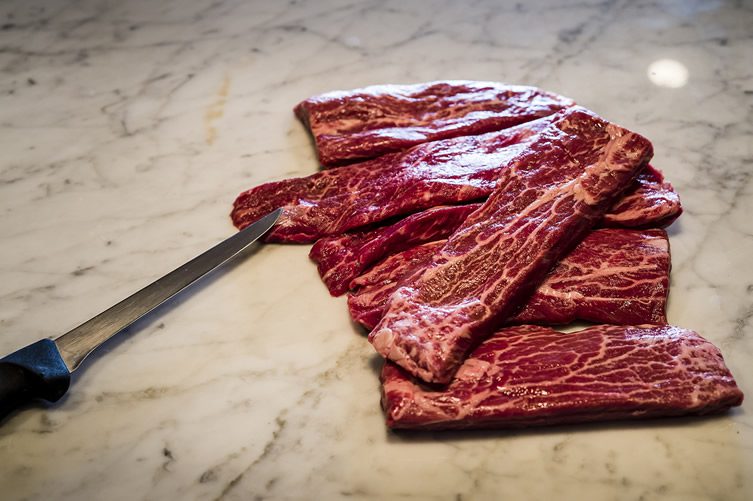 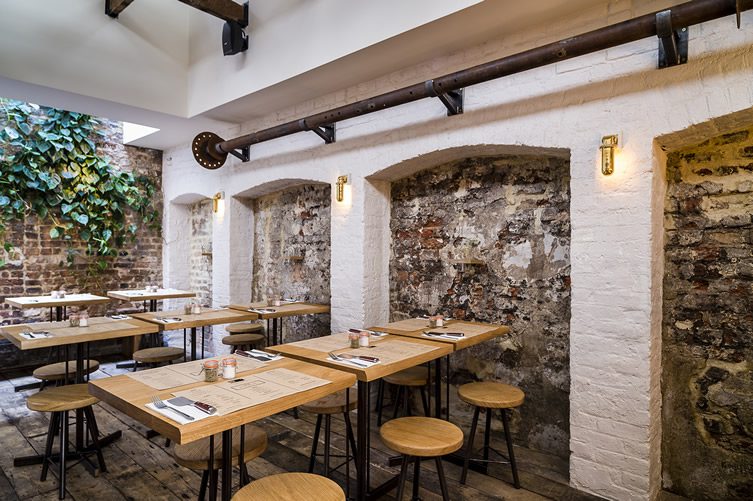 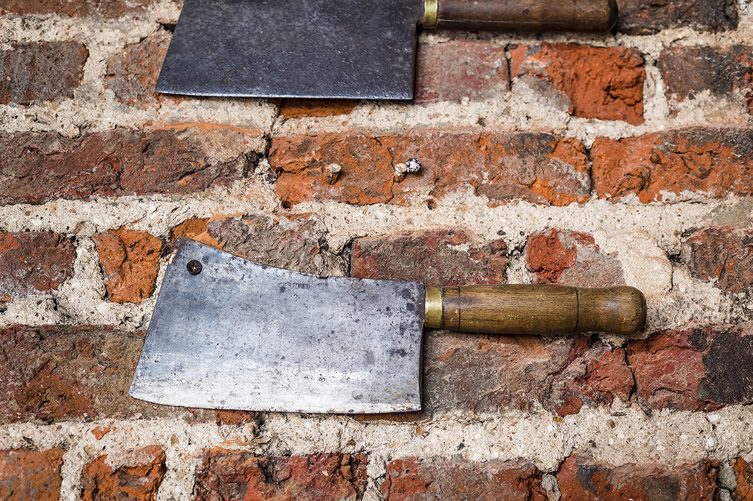 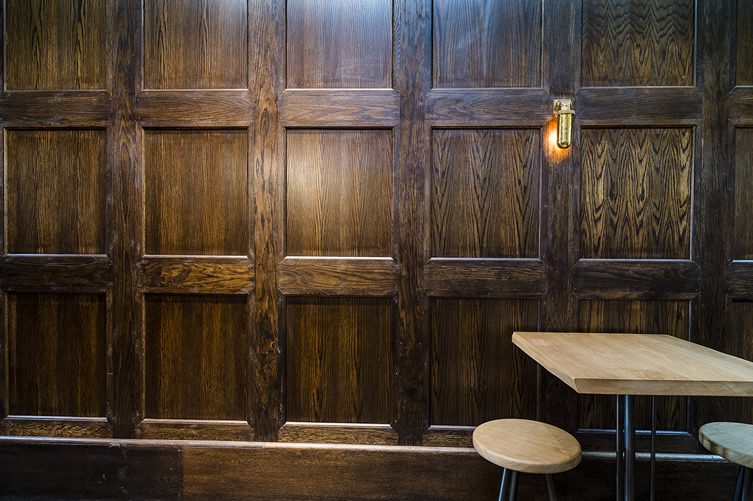 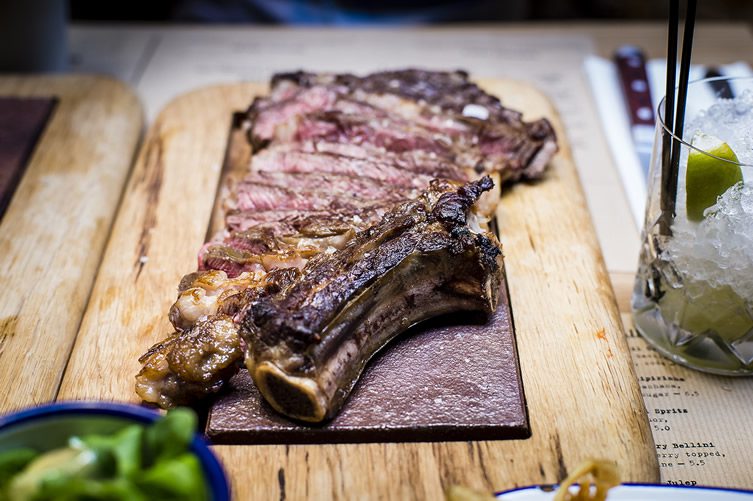