Dissident Chinese artist Ai Weiwei knows first hand what it’s like to find oneself behind bars, having been imprisoned without charge for 81 days by his government over spurious allegations of “economic crimes” in 2011. Weiwei has recently been back in the clink in America, but this time he went in voluntarily to complete an art commission at the notorious Alcatraz prison in the San Francisco Bay.

The inmates at this federal penitentiary were guilty of much more than fiddling their expenses; Alcatraz kept some of the country’s worst criminals locked up in splendid isolation on the island, famously surrounded by treacherous waters. The institution has been closed for years although it’s rarely empty – every day boatloads of visitors arrive at what is now a national park to get a taste of what life was like in the bad old days on the spine-chilling tour. Despite being long-decommissioned, the prison retains a powerfully oppressive quality, tailor made for Weiwei’s commentary on human rights and freedoms. @Large: Ai Weiwei on Alcatraz forces viewers to consider life at the prison on a different, more humane, level; the series of installations will remain banged up until April 2015. 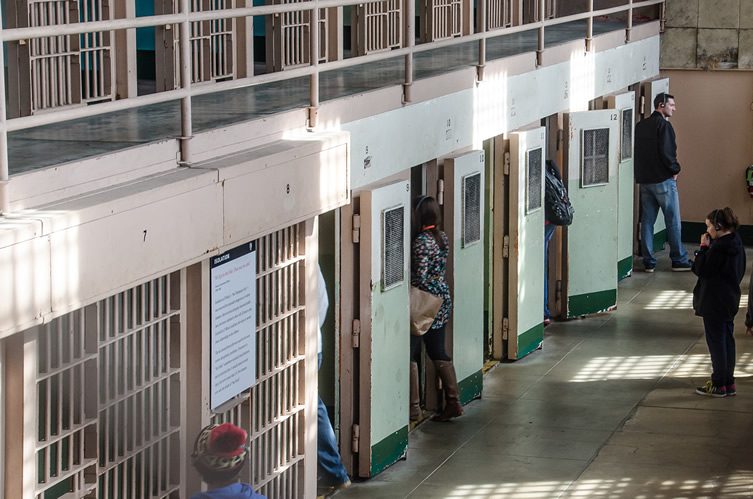 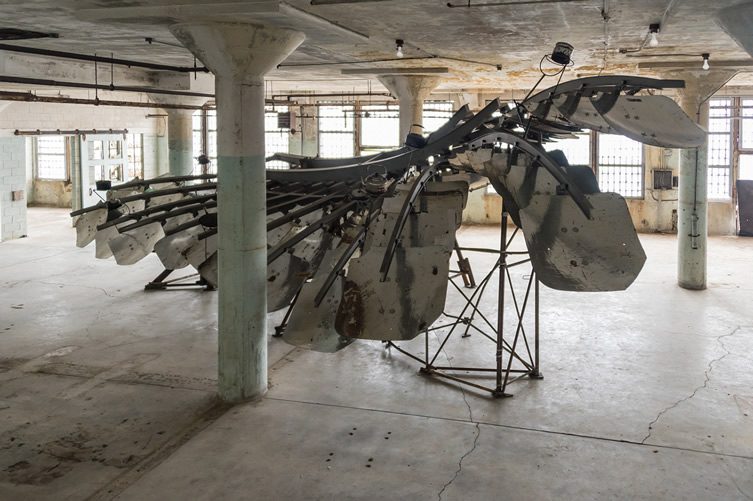 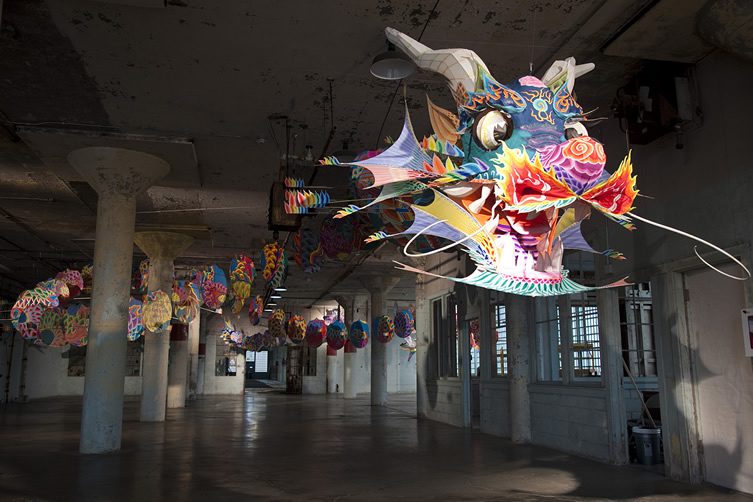 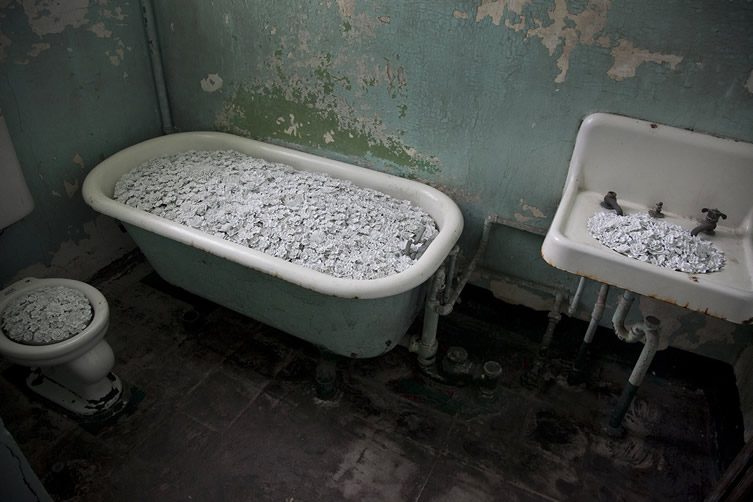 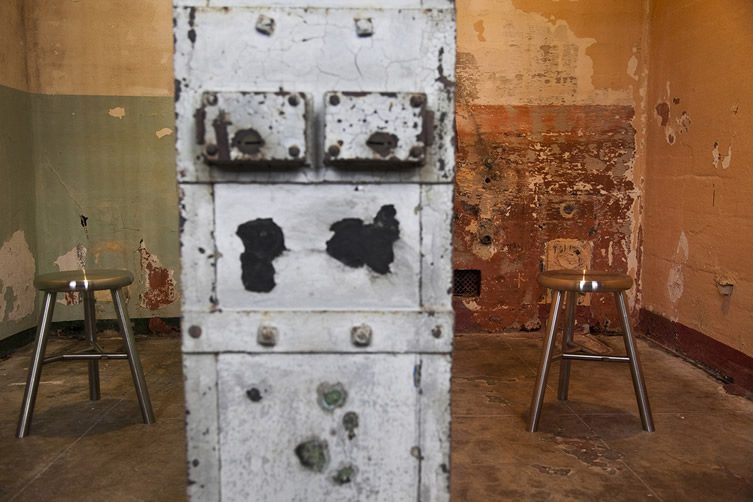 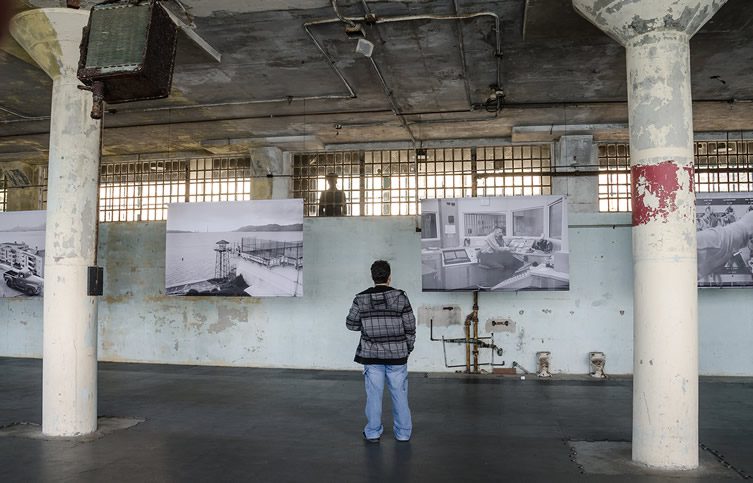 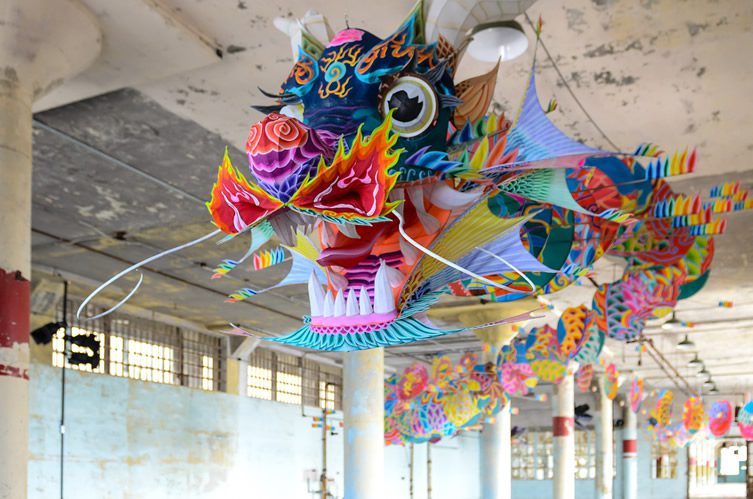 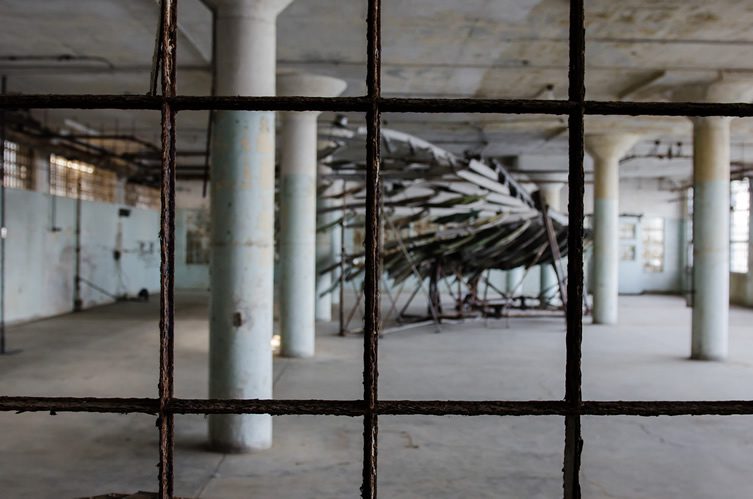 Visitors peer through cracked and rusted windows from the lower
gun gallery where guards once monitored prisoners at work to get a
glimpse of an enormous metal wing called “Refraction.”
Photo, Ryan Curran White, Parks Conservancy.