Sometimes with interior design, more really is more. Take Beirut restaurant Momo at the Souks – every surface in sight is adorned with a different pattern and texture, whether it’s hand-painted Cordoue embossed wallpaper or intricate textiles sourced from Morocco and Italy. Transformed by Lebanese architect Annabel Karim Kassar and restauranteur Mourad Mazouz from offices into the cornucopic four-floor restaurant, Momo at the Souks features a flamboyant 85-cover dining room and a cosier cafe, and you can even eat out on verdant, secluded balconies that protrude out over the surrounding souk.

Delightfully schizophrenic, walking into different areas of the restaurant feels like stepping into different worlds altogether. At one point you’re in a 1970s lounge with cubic velvet seating and plenty of wooden paneling, then you’re in a minimalist industrial urban loft, then a Moroccan riad with ornate latticework, then a Scandi bathroom. The trendy city haunt (and younger sister to Momo in London) is packed with mix-and-match vintage furniture, some mid-century design pieces, others mother-of-pearl inlaid Arabic numbers, and there’s a 1m-wide dazzling chandelier, cut with asymmetric facets to mimic the restaurant’s origami-inspired ceiling and resembling a huge diamond – a nod the the jeweller’s souk where the restaurant is based. This is a place where the Aladdin’s Cave cliché really does ring true. 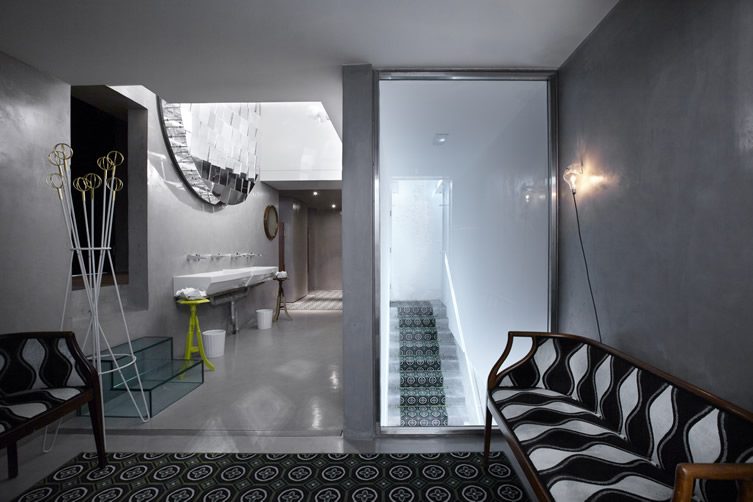 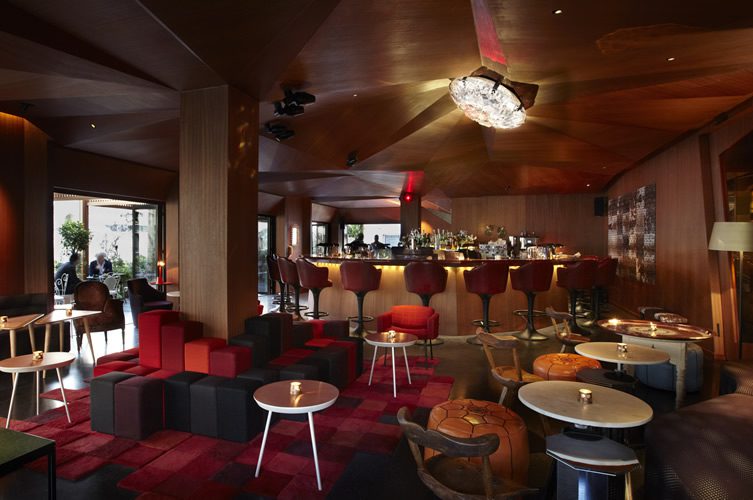 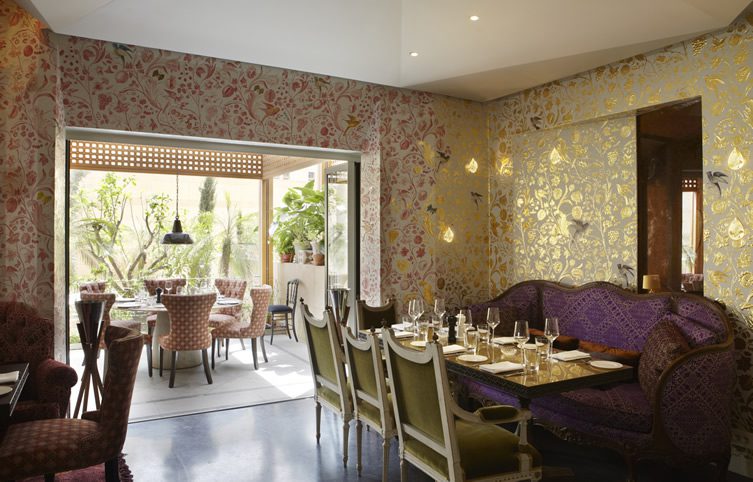 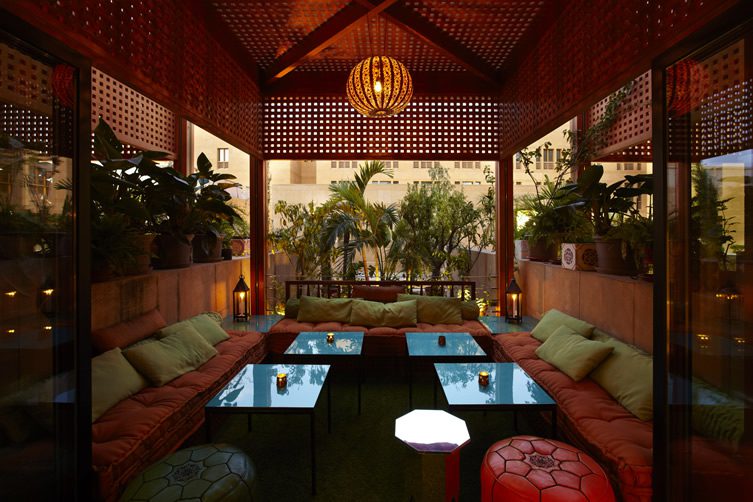 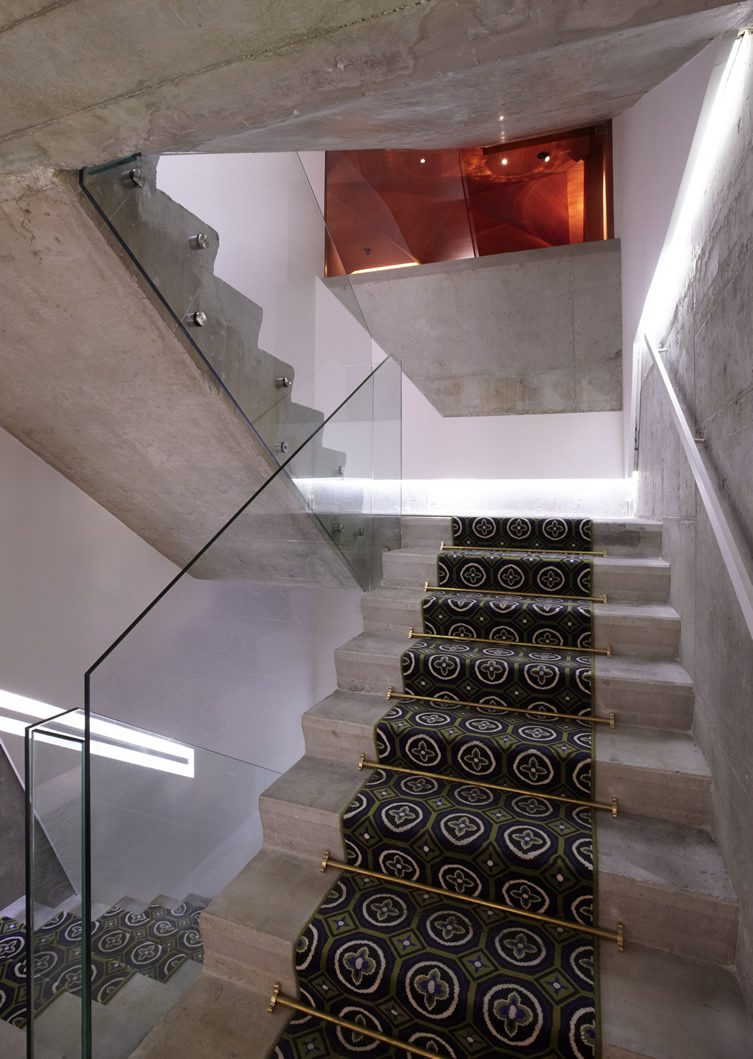 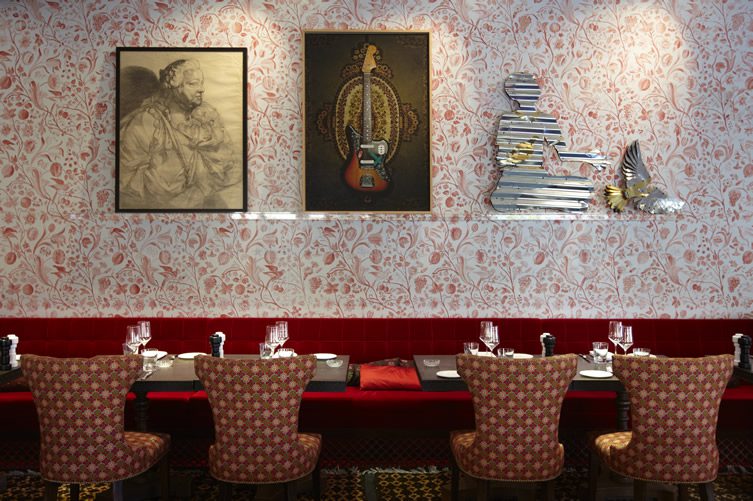 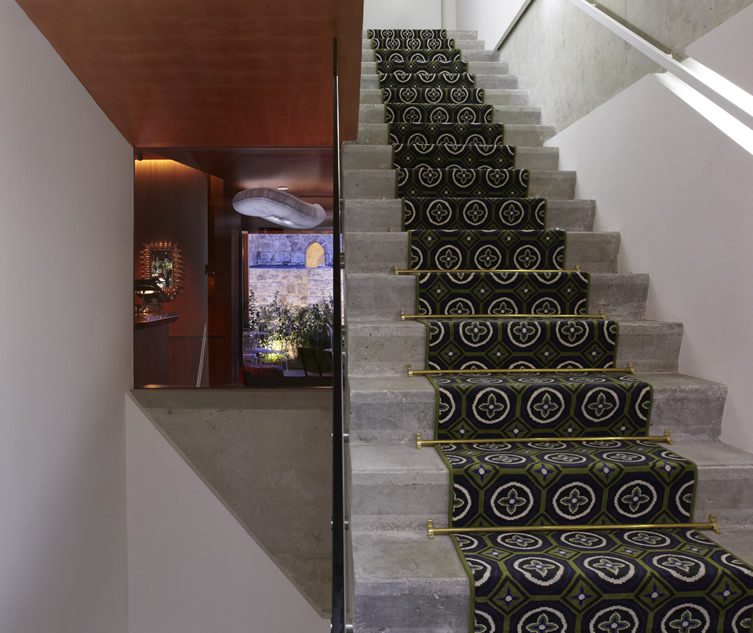 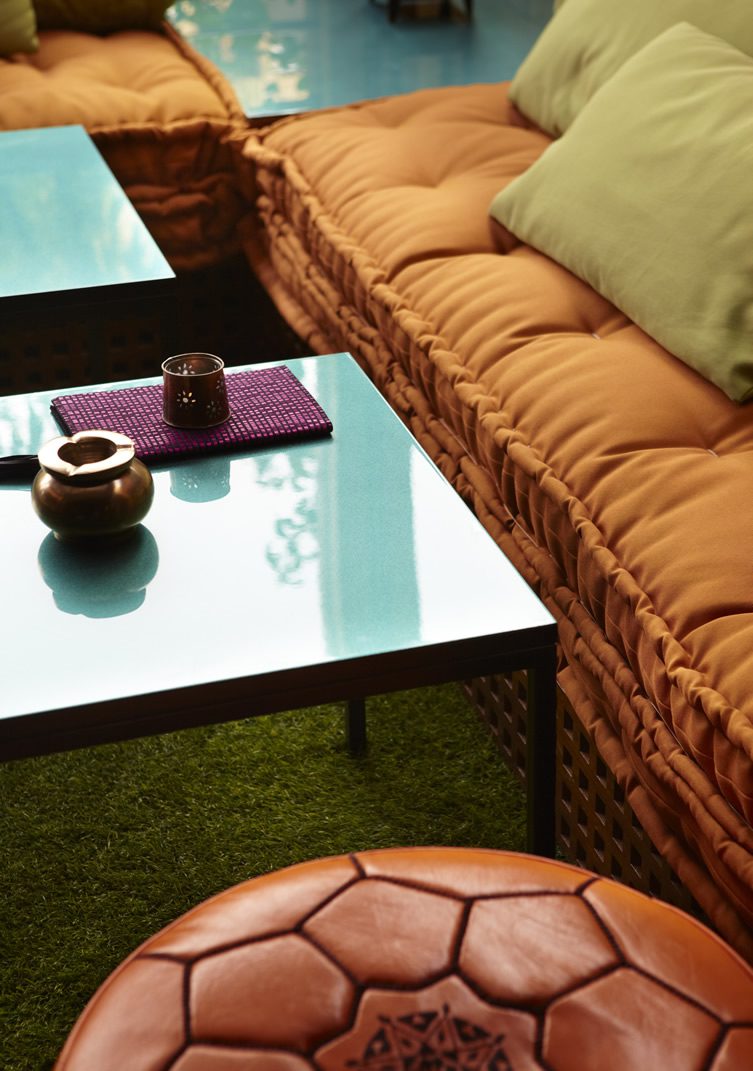 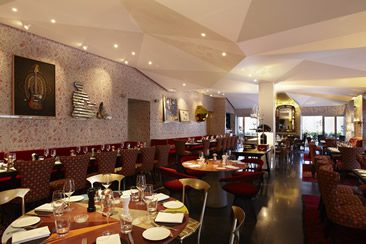 Lebanese restaurant Momo at the Souks is dressed to impress...

Sometimes with interior design, more really is more. Take Beirut restaurant Momo at the Souks – every surface in sight is adorned with a different pattern and texture, whether it’s hand-painted Cordoue embossed wallpaper or intricate textiles... 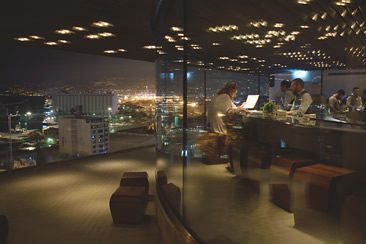 It's high times on the Beirut restaurant scene at rooftop restaurant Stereokitchen...

As far as views of Beirut go, you won't find much more spectacular than those afforded by Stereokitchen, on top of an office building on Pasteur Street. Take the lift all the way up and the city opens up before you, with the outer terrace of the bar... 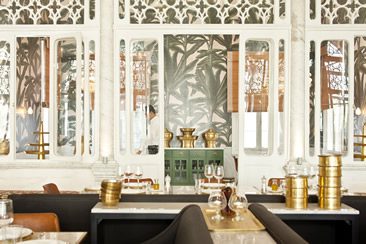 Liza Beirut designer's lack of training drives her to greatness...

Liza Beirut's interior designer Maria Ousseimi is... not an interior designer. Confused? So is Maria, evidently, as she arrived at the role as a skilled amateur having completed a Master's in economic development, as well as degrees in philosophy...