When an über-cool hospitality venue starts gaining the mass that comes with a growing reputation, it’s usually the prelude to a stellar collapse. Scenesters will always be on the lookout for the next undiscovered gem, and when they start moving on for pastures new, taking the herd with them, the former hotspot, bloated and overstretched by popularity, is likely to implode. The key looks to be how a place expands without getting too big for its boots, and if there’s a restaurant that seems to be drawing the rest a roadmap for this kind of sustainable success, it’s Roberta’s in Bushwick, Brooklyn.

Roberta’s has been continually expanding and evolving since it opened as a pizzeria in 2008, and yet with each new phase of development, the love just keeps growing. So how the hell are they managing to balance what seems like the impossible equation: critical acclaim, artistic progression and a growing business on one side, and (crucially) remaining cool on the other?

The first factor for Roberta’s seems to be the all-important location. Perhaps one of the best compliments that patrons pay the restaurant is their willingness to ride six stops into Brooklyn on the L train to eat here, which is [a few more] than you’d normally want to go. This is not just brave culinary adventurers and obtuse urban danger heroes either. Manhattan dolly birds perch alongside the tight-panted and the tattooed; neighbourhood blue-collars mingle with the artistically paint-splattered. 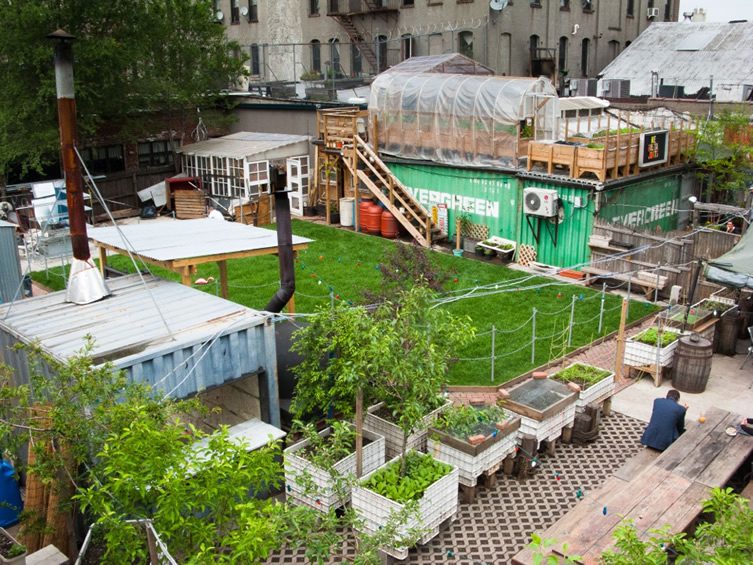 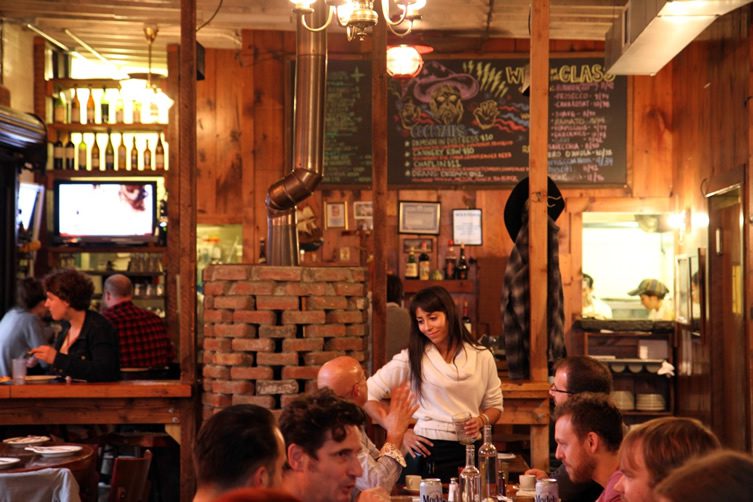 Co-owner and original idea-man Chris Parachini would be the first to admit that the neighbourhood wasn’t, and still isn’t, a model of gentrification. He moved to Bushwick from Williamsburg, precisely because he’d grown tired of the “mummy-daddy-baby” set who had taken over, looking – and finding – somewhere much more exciting. That the ‘hood still retains some of it’s authentic grit, composed as it is of factories, warehouses and lofts, is an important factor in its continued success. When the middle-class professionals move in, things may change, but until then, coming here still confers cool on those willing to take the ride.

Added to the “where” is the “how”. Back in ’08, Roberta’s was a modest venue, to put it mildly. The original space, described by Jesse Pearson of GQ as a “1970s punk ski chalet”, had a wood-fired oven to both cook the pizza and warm the guests, with six patio heaters added seasonally to stave off the biting New York winter. No gas, no hot water. Subsequent expansions have added not only size but scope, and all without blunting the venue’s keen edge. The dining experience remains pure – furniture is still rough and mismatched – with much of the extra space devoted to developing the menu. Chef Carlo Mirarchi, who once-upon-a-time had to prepare some of the more demanding elements at home due to his almost non-existent kitchen, now has a proper one. There’s also a dedicated bread oven. The backyard, as well as providing some outdoor leisure space in the form of a tiki bar, is home to irrigated, organic vegetable, flower and herb gardens, again allowing the talented Mirarchi to stretch himself. Two salvaged shipping containers out back are the base of operations for a food-focused internet radio station. Whatever next? 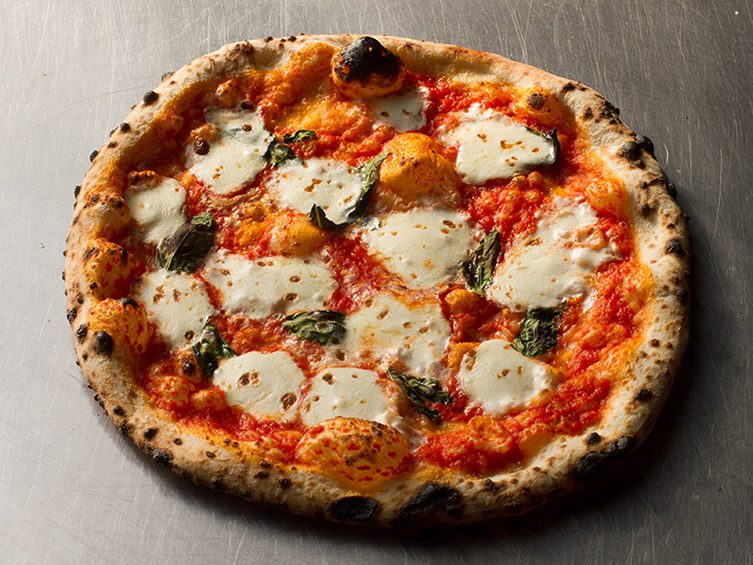 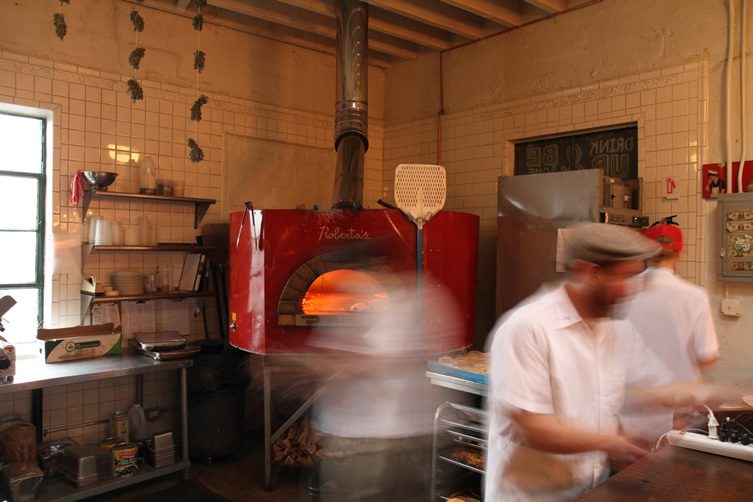 There is a second dining area in the pipeline in a recently-vacated adjacent building, but it’s clear that for the Roberta’s crew, it’s not just about increasing the number of covers, but enriching the experience – for them and their guests. Further plans include digging out a cheese cave, installing a chicken run and a goat pen, which may all add up to the creation of a Roberta’s Farm upstate somewhere, supplying their own restaurant and others in New York.

Of course, there would be no buzz were it not for the food, which has had stern critics such as the New York Times and New York Magazine gushing. Twice a week, for one table of eight people only, Mirarchi really lets loose with an exceptionally innovative tasting menu which belies the venue’s ramshackle ambience – fine dining without the finery, as it were. The pizza-and-a-beer crowd are also extremely well catered for, ensuring the grass-roots customer base remains happy. Despite its reputation, drop-ins are still possible with a bit of patience, and well worth the effort. The buzz seems to have produced no arrogance or complacency either, with regular compliments paid to the serving staff – one of whom signed off on her last day by performing her shift in nothing but fishnet stockings.

The vanguard of intrepid diners who “discovered” Roberta’s are already lamenting that the secret is out. But the question these exclusivity-junkies must ask themselves is whether it’s worth turning their backs on such a hotbed of inventiveness and atmosphere for the sake of seeking out The Next Big Thing. As long as Roberta’s keeps growing the right way, I don’t think it has anything to worry about, and plenty to look forward to. 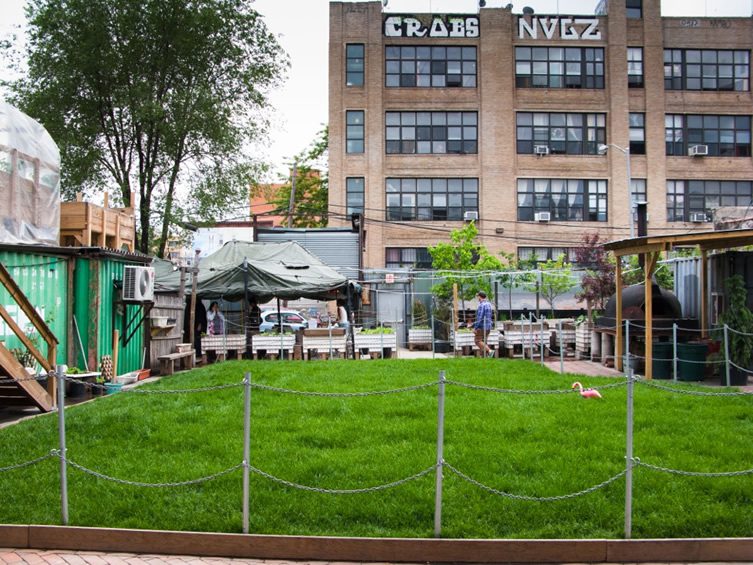 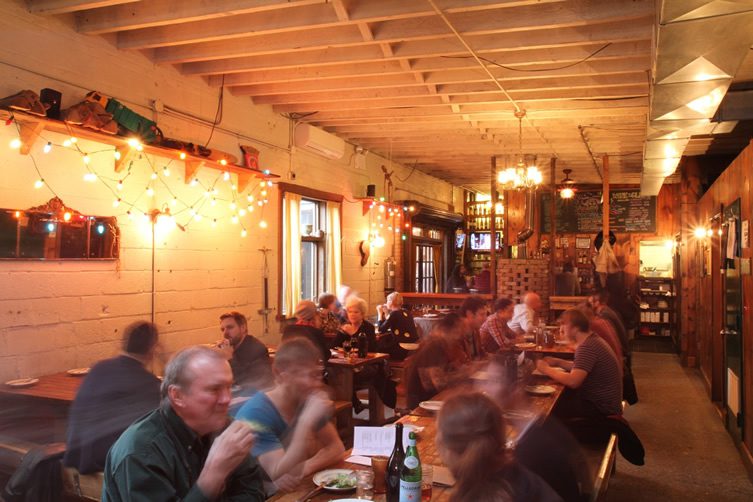 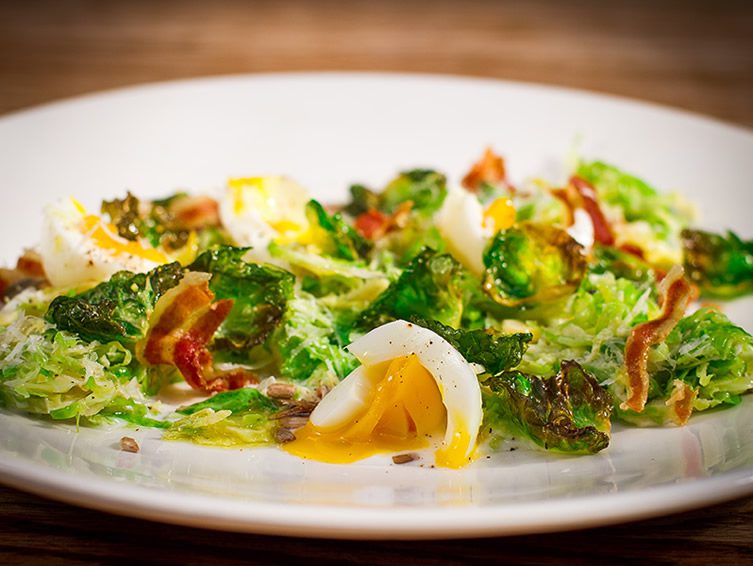 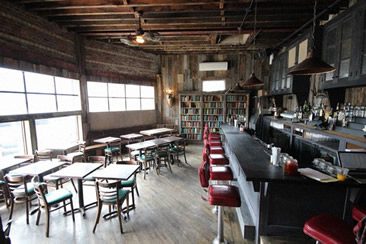 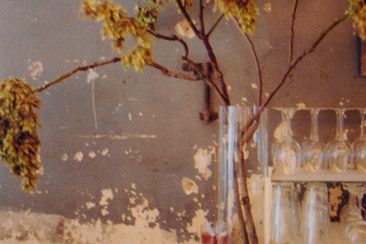 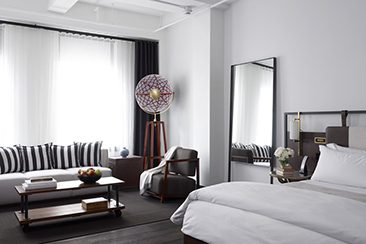