I’ve been between places. Interstates. Truck stops. Athens, Ohio. Flagstaff, Arizona. The odd-numbered Interstates run north-south, evens are east-west. These are the modern day survival skills for road pilgrims on the tarmac. I’ve been all over America, working my way into Nevada with fewer than a score of places anyone in Europe or even America has ever heard of. We Europeans – with our free museums and our history – we know how to be snide about the USA, but at the same time, it only takes a mention of Kentucky or New Mexico to get us excited about big country across the ocean.

For two weeks now I’ve been working hard. I’m tireless, I’m 24/7 on the job. Slaving at my roadside desk across all the land. Arm out, thumb up, working thanklessly to keep alive the American Dream and the Open Road these guys are so fond of. They could be making my job easier. One in twenty picks me up. No, what am I saying? More like one in two hundred, maybe five hundred. The only thing that keeps you going is the knowledge that it could always be the next car. Or the next. Or the next.

Television is to blame. Those rectangular boxes have a lot to answer for. The entire country has been medicated with fear while a dozen corporations stole all the money. Everyone here thinks I’m a lunatic, they think I’m going to throttle them as soon as I’m in the door. That’s only half the story though, the other half of the problem is America’s non-existent culture of mental health care, because where a civilised nation has therapy and care workers and professional help. Well. America has hitchhiking. And so – thumb up – I share my junctions with the toothless, the glass-eyed and the disaffected. Most of the time I’m not surprised nobody stops. I don’t mean to be mean, really I don’t, but the losers in the American Dream are standing on junctions everywhere, and they don’t get nearly enough airtime. 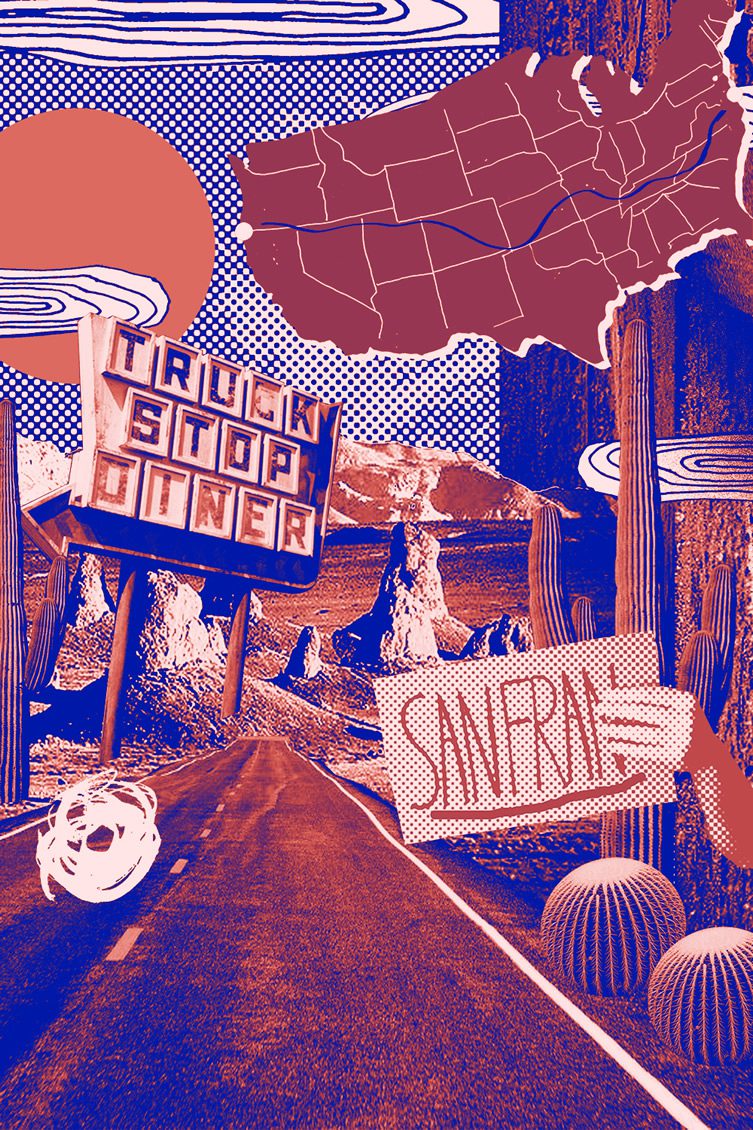 The true nature of life on the road isn’t as easy to sell to people as the fairytale we’ve all heard, it isn’t so easy to market either. This is because – Point 1 – despite what the advertising banners around these words might say, whatever they’re selling you, the Road says you’re fine just the way you are. Any worthwhile piece of travelling will teach you that. The other fundamental lesson, also at-odds with the advertising is – Point 2 – spend less money. Trust me, you’ll enjoy it more. Appreciate the things you buy, don’t book the hotel in advance but have faith in your head and the world to see you right, open yourself to chance.

Because that’s when good things happen. It’s when you meet a Punjabi truck driver who plays field hockey to keep fit because he can’t afford health insurance. The two of you drive into the Missouri night, listening to music from the north of India and drinking masala chai from a truck stop that does the best samosas in the Mid West. It’s the Kentucky evening, riding in the back of the pick-up as the moon rises on Appalachia. It’s Highways 66, all through the desert towns, where the scorpion squares-up to your boot and an overweight Italian offers you the motel’s Elvis suite at a reduced rate of $30. It’s the dusk in Kingman, Arizona, where a man steps from his pickup and directs you to the Black Rock microbrewery, newly opened and with the best IPA for two hundred miles north, south, east or west.

I think it over, think it all over whilst standing at the roadside, my face hot with sun, eating a pot of melon, cucumber, pineapple and mango, sprinkled with salt and chilli flakes, then covered in lemon juice by a Mexican boy. I promise you, it’s the best two dollars you can spend, and he’s waiting under an umbrella in Nevada, in a pool of shade at the roadside. 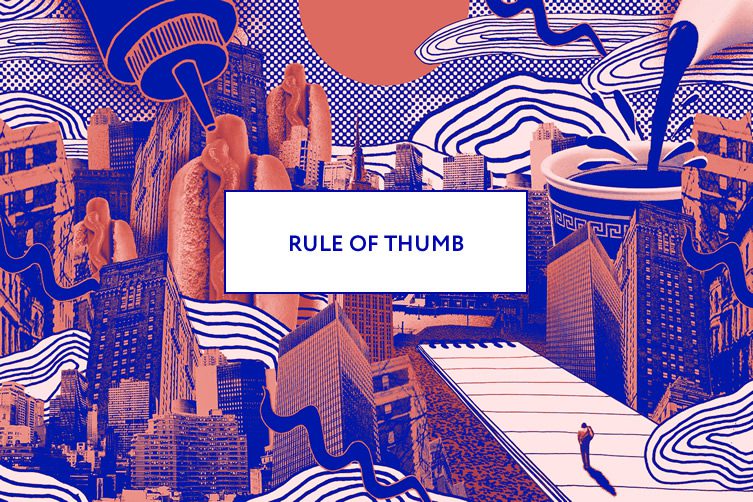