You’ve probably seen the adverts. As AUDI is keen to convince us, its four wheel drive quattro system is so grippy you could drive a quattro saloon down a snow covered mountain road with the control of an Olympic slalom medallist, and although I’m not going to try it, I’m happy to take their word for it. Instead, I’ll just hang out at the quattro Festkogl Alm, the new home of “the quattro experience” in Austria’s Obergurgl-Hochgurgl skiing region. The visitor centre is a partnership between AUDI AG and ski-lift manufacturer Liftgesellschaft Obergurgl-Hochgurgl. Just one more. Obergurgl-Hochgurgl. Right that’s it, got it out of my system now.

Munich design agency Designliga were tasked with translating the famous quattro engineering and technology from under the bonnet wizardry into something more palpable. The unmistakeable AUDI rings on a red background stake a strong visual claim on the mountainside, and the cabin’s wood has been partially clad in a geometric white structure which, along with the white lower storey and natural dusting on the roof, mimics the surrounding snow, as though the building has been partially hidden after a recent flurry. Inside there is all sorts of clever technology. The highlights are the interactive smart tables, topped with a red and white cheesecloth pattern that turns out to be a computer image, dissolving into a video presentation when activated. 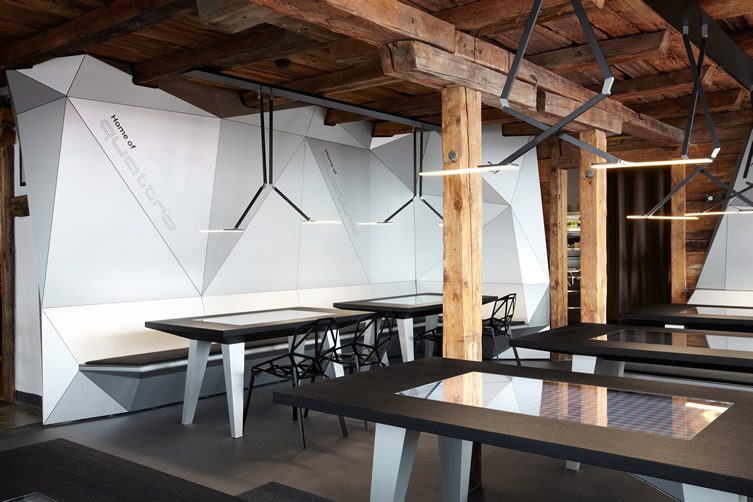 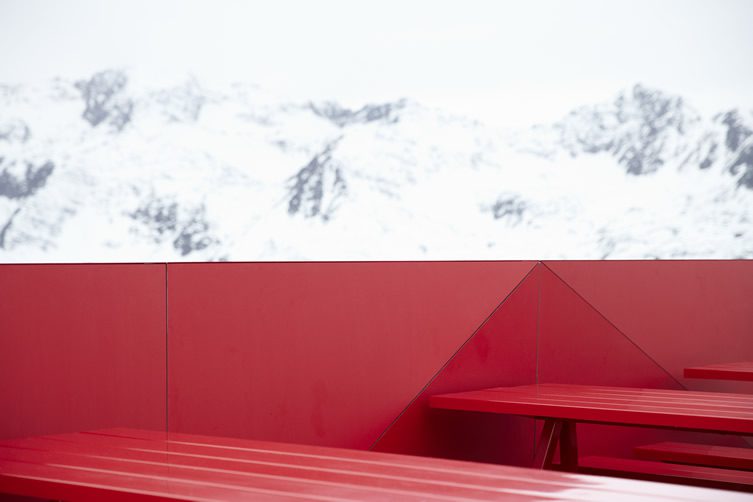 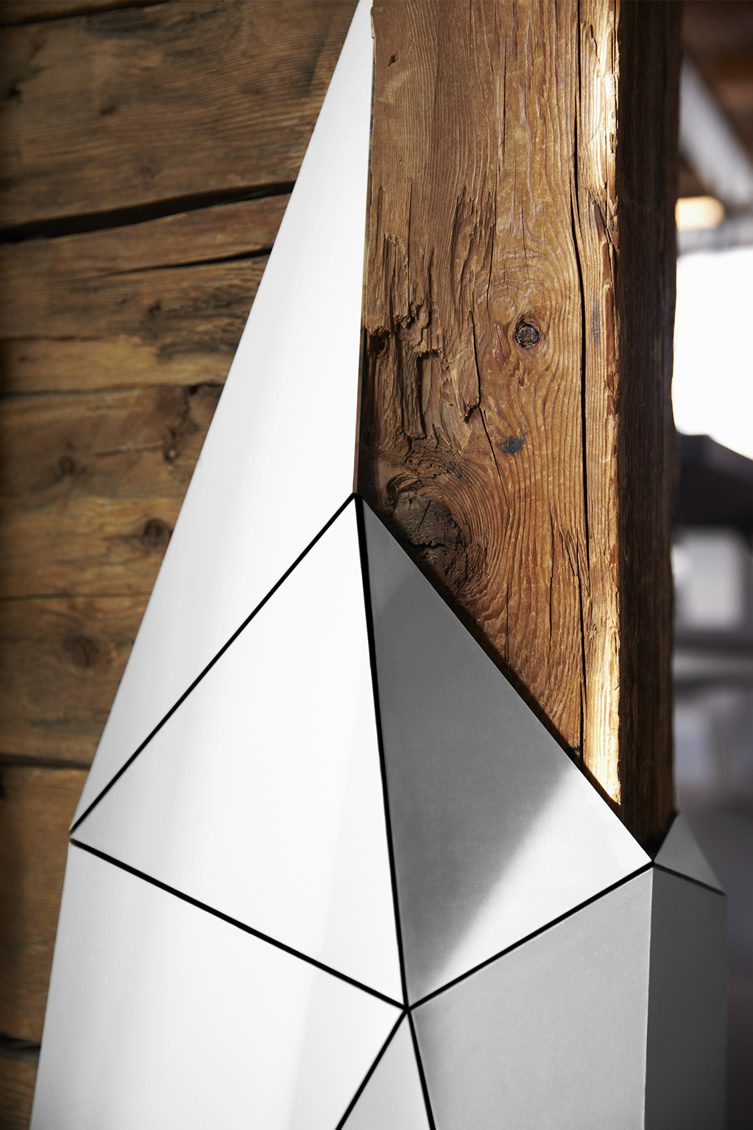 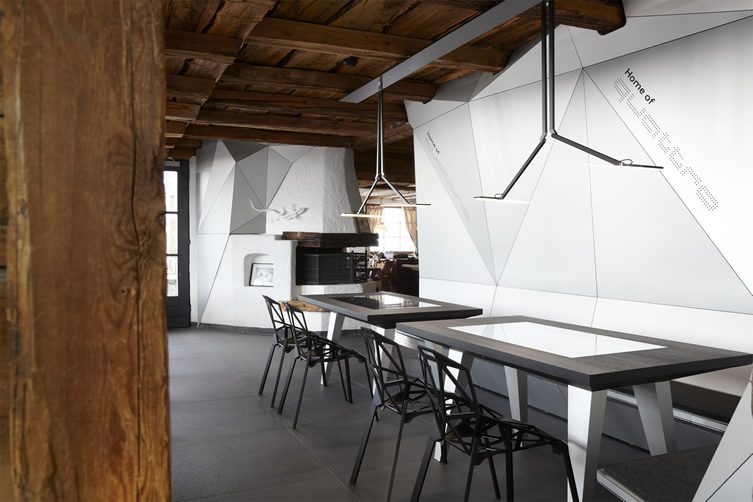 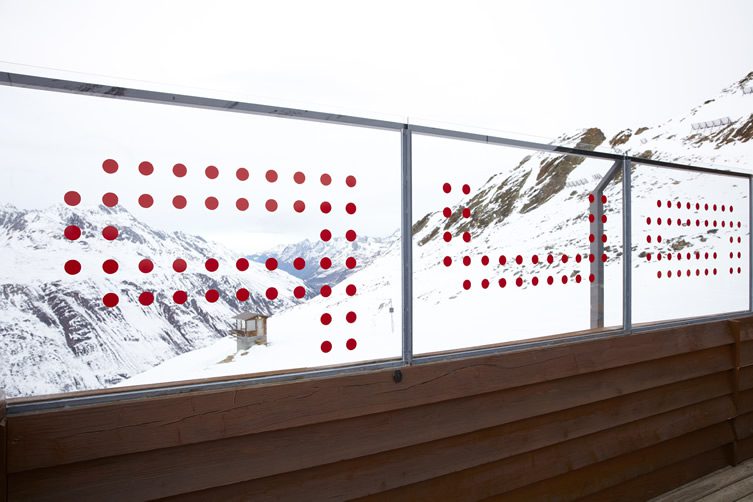 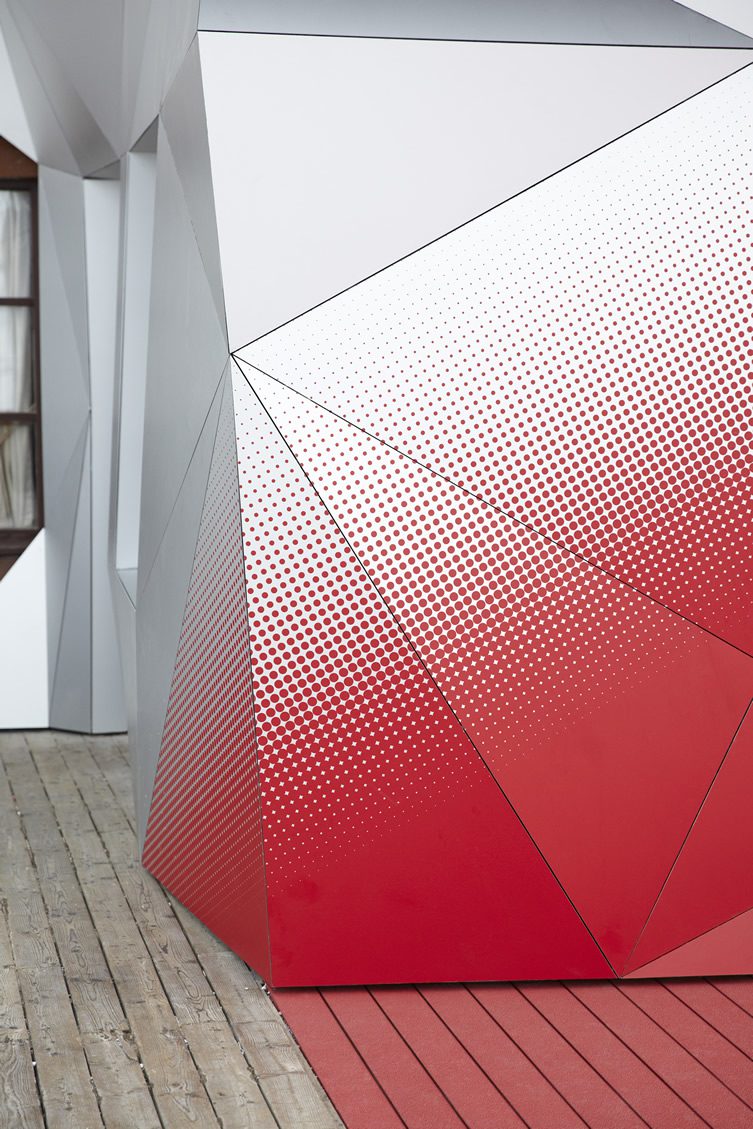 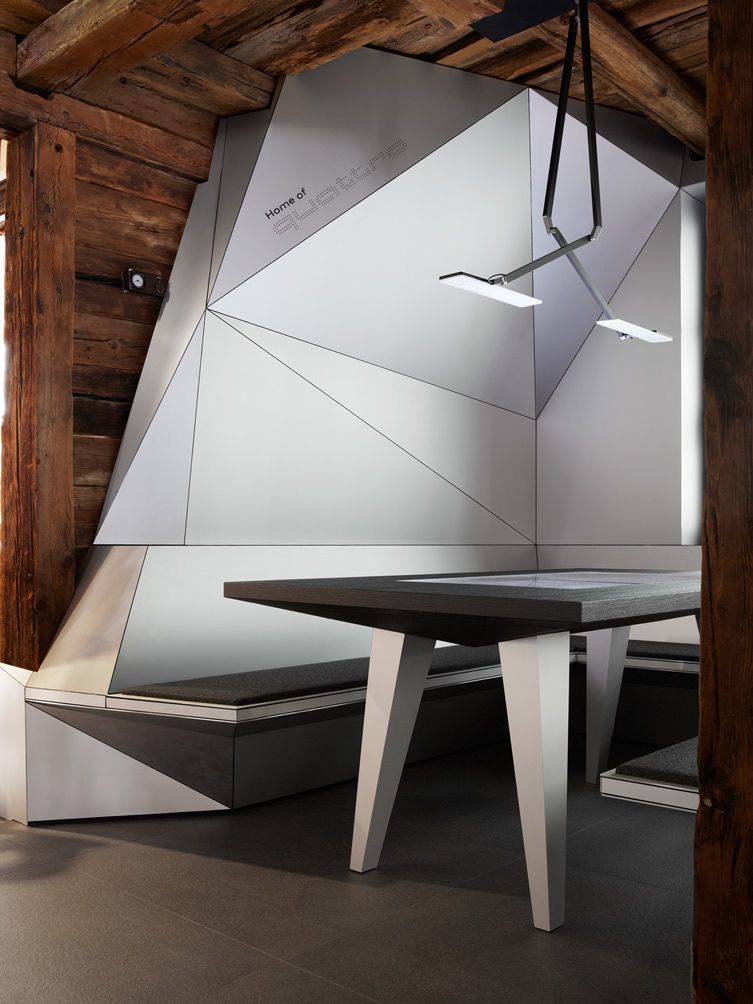