Here, there and everywhere, peripatetic pizza purveyors Pizza Pilgrims can now be found at a permanent address on Dean Street, London. Thom and James Elliot have had an extraordinary ride since ditching the day jobs and deciding their world was flat, and covered in cheese and tomato sauce. After a lengthy fact-finding pilgrimage through Italy to learn how the locals do it, the lads returned with a three-wheeled van and began knocking out authentic Neopolitan pizza for the London crowds.

There comes a time when every mobile pizza parlour thinks about putting on the handbrake and parking up for a bit, and that time has come for Pizza Pilgrims. Central heating won’t hurt either after a couple of years with only a bit of sheet metal for shelter. (Van fans needn’t worry though, the mobile pizzeria will still be touring Soho, and it only does a top speed of 30mph, so they can’t get very far anyway.) Like the Piaggio, the Dean Street gaff is unpretentious with a winning, dare we say slightly dorky charm. The firm’s green and white is everywhere – love the tortoise-like tiled oven – with dashes of red to complete the tricolour. In a shameless piece of cross-promotion To celebrate the pizzeria’s opening, the lads have a book out for Christmas which tells more about their Italian odyssey and is stuffed full of recipes they picked up from the country’s backstreet restaurants. Yum. 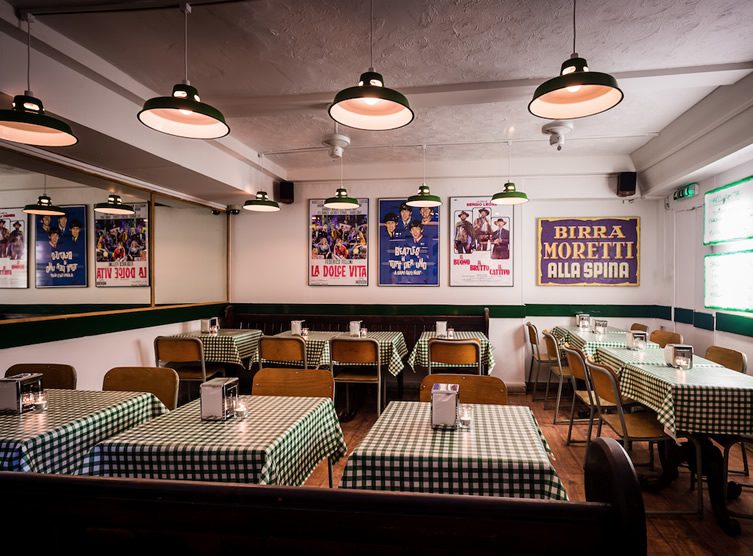 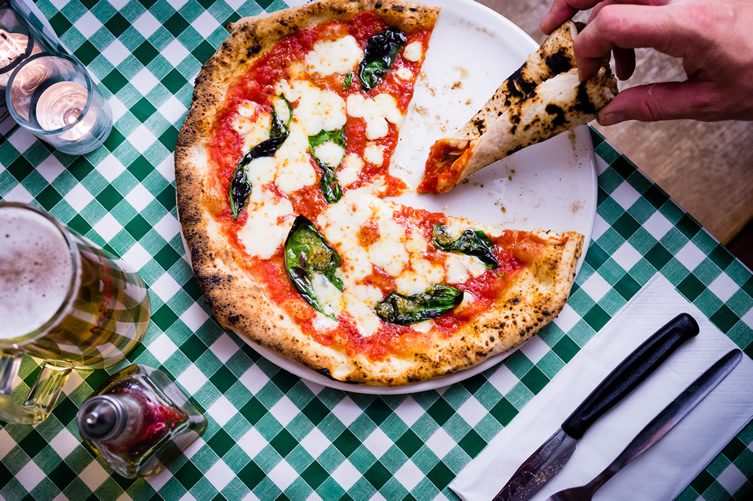 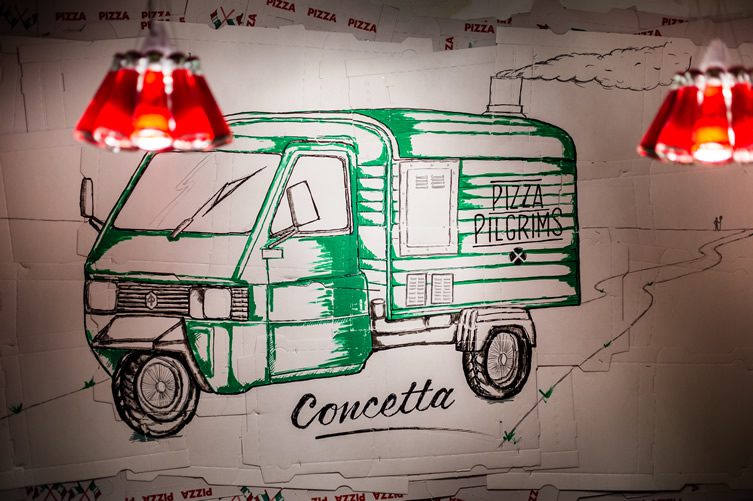 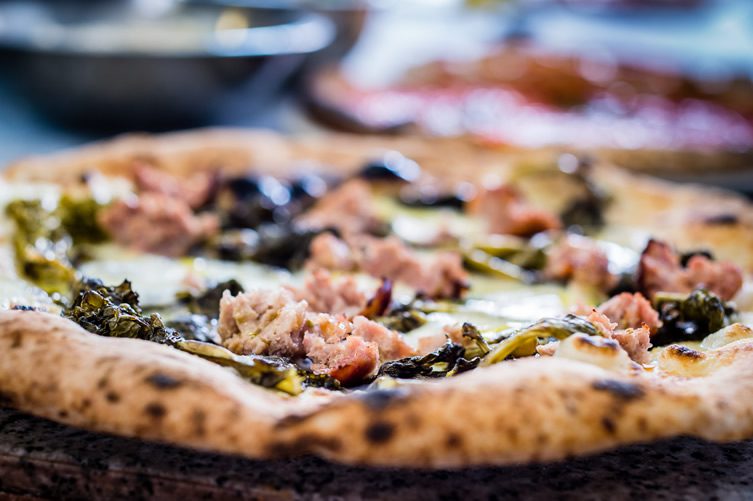 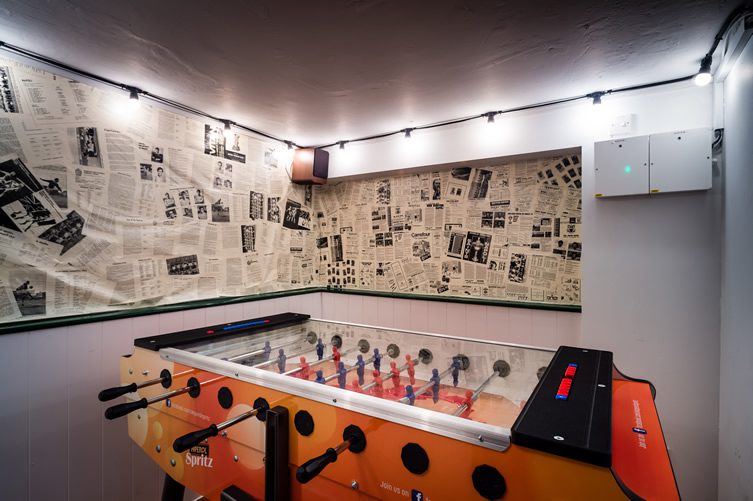 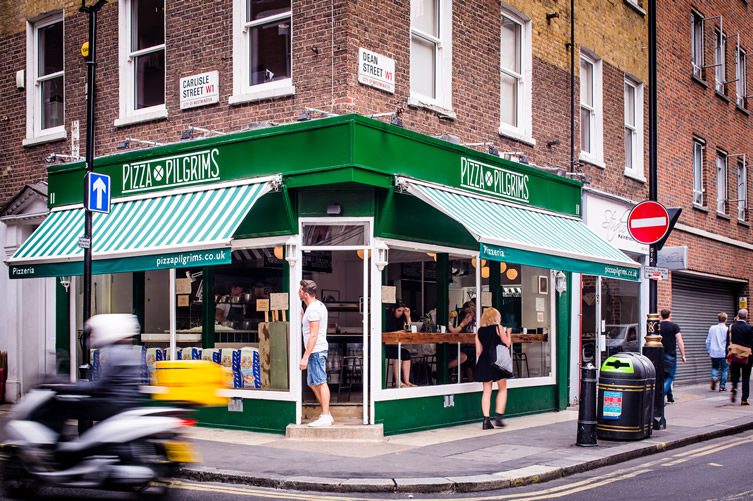 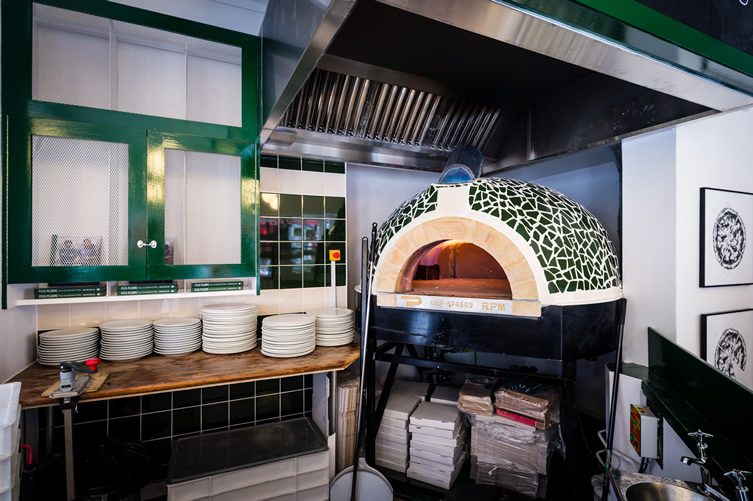 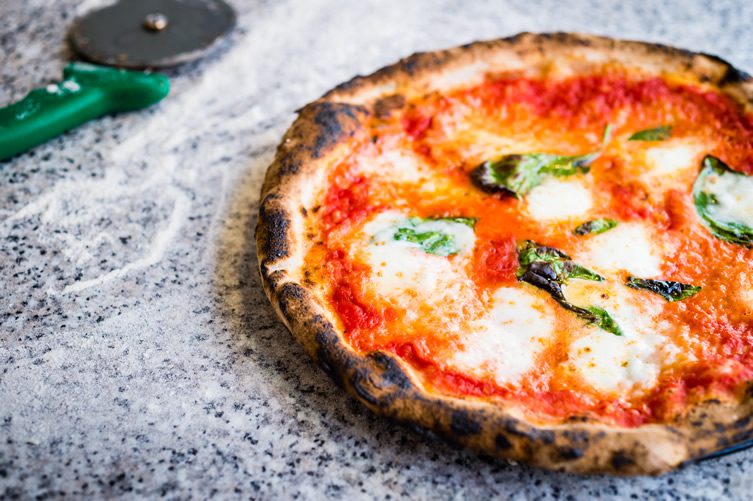