London’s Fashion Week has become synonymous for unbridled creativity amongst the four fashion cities and, this September, it once more lived up to providing a great stage for emerging talent – where various designers at varying stages of their careers are supported, encouraged, and nurtured. There’s also rarely a shortage of visually inspiring pieces across all product categories. After perusing the designer showrooms at Somerset House – which housed everything from millinery to footwear, with fashion and jewels naturally in between – I came across the striking work of London-based Japanese designer Maiko Takeda.

Studying jewellery design at Central St. Martins before completing a Masters of Millinery from the London College of Art – coupled with impressive work experience at Issey Miyake, Stephen Jones, and Phillip Treacy – the up-and-coming designer’s credentials certainly stack up. Takeda’s interest lies in creating ethereal adornments to the body influenced by environmental factors such as gravity, wind, and shadow. Her latest collection of sculptural head and body pieces – entitled Atmospheric Reentry – explores the question: “what would it feel like to wear a cloud?”, where Takeda seeks to transcend the traditional expectations of headwear.

It’s fair to say the young designer has achieved this and more, with a notable fan-base that includes icon Björk, who recently sported a selection of Maiko’s magical works. These amazing pieces, made up of hundreds of spiky feather-like units from clear acrylic discs, colour gradient film, and silver jump rings will surely continue to catch the eye of many art and fashion fans who are interested in a bit of their own atmospheric reentry. 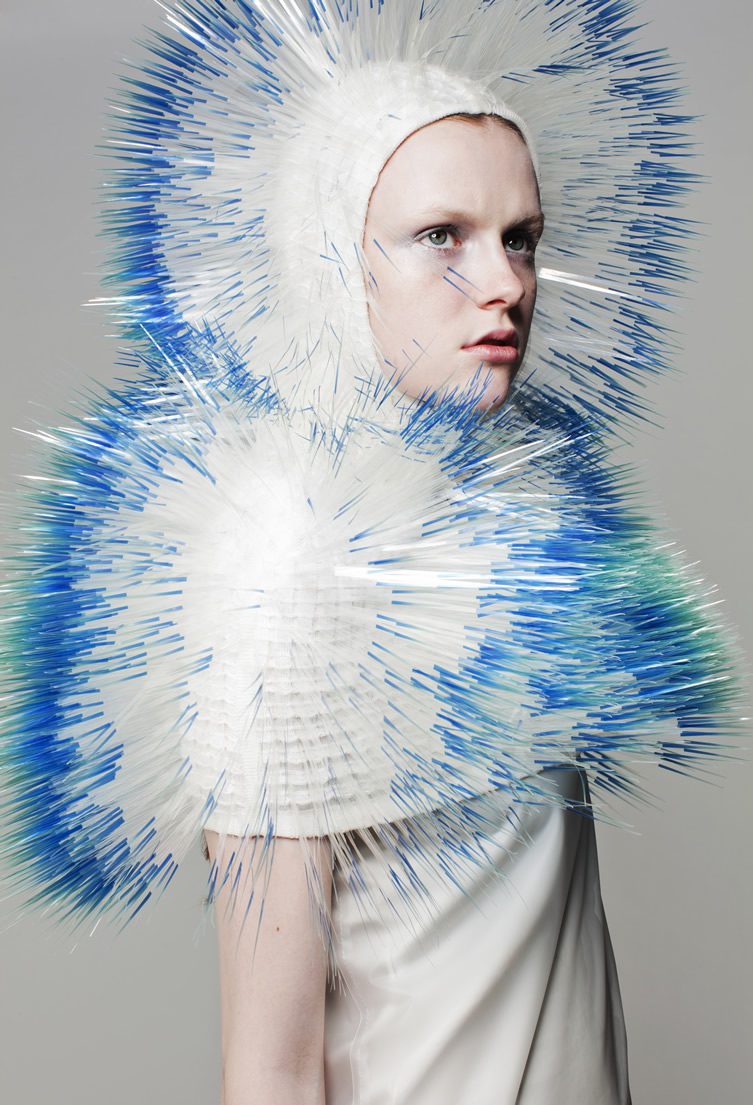 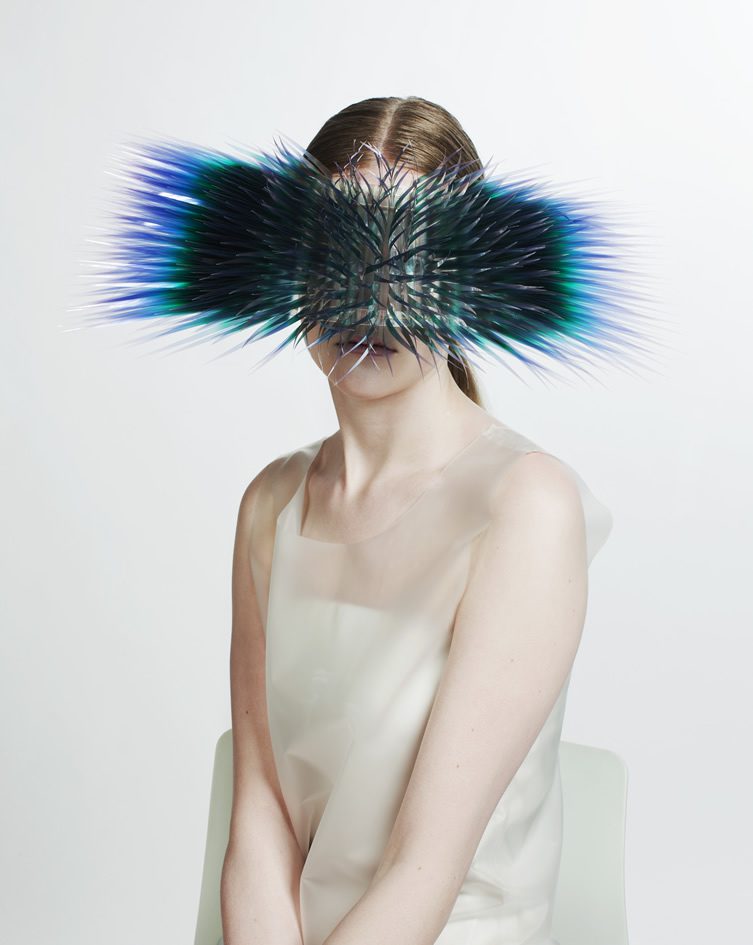 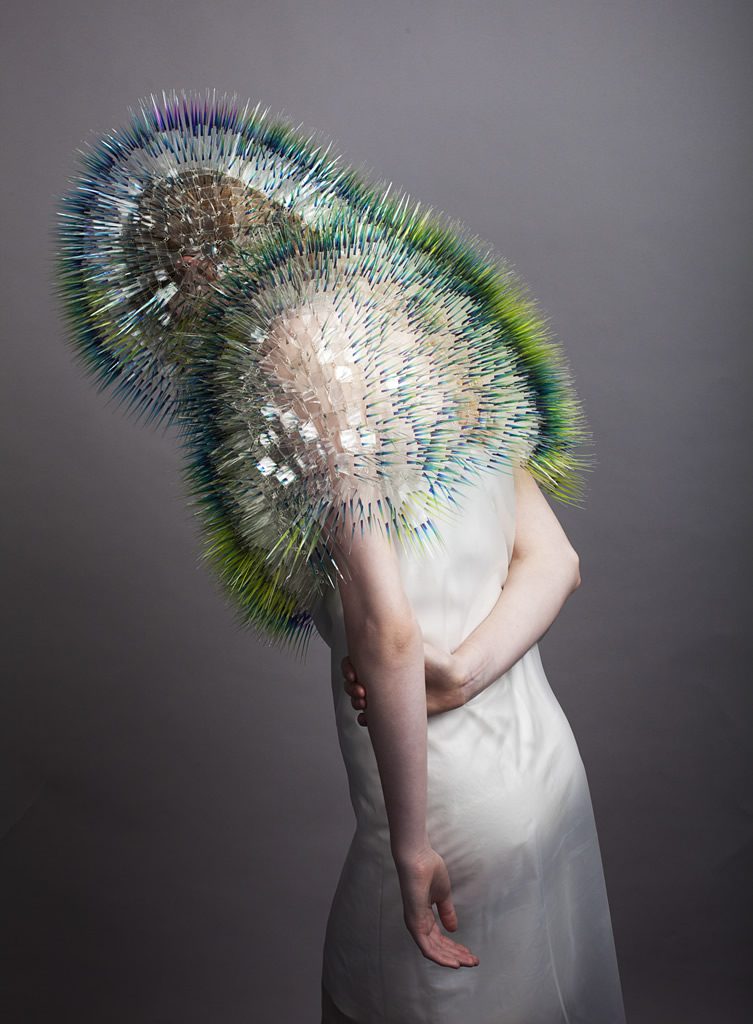 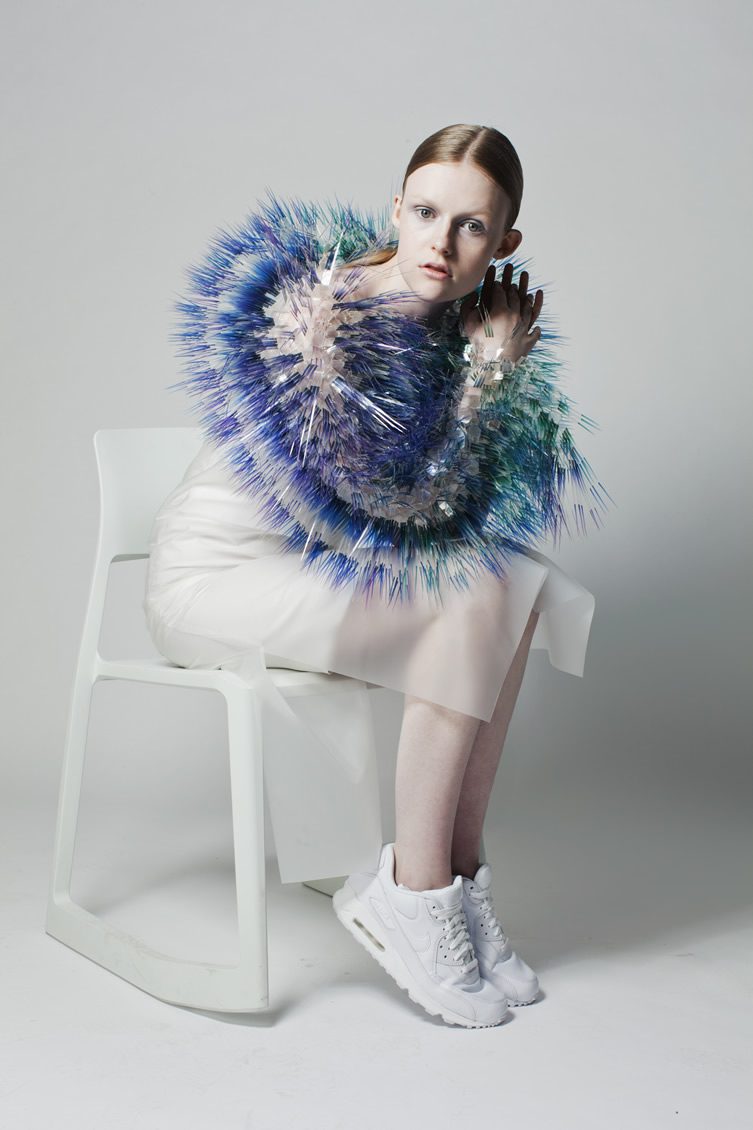 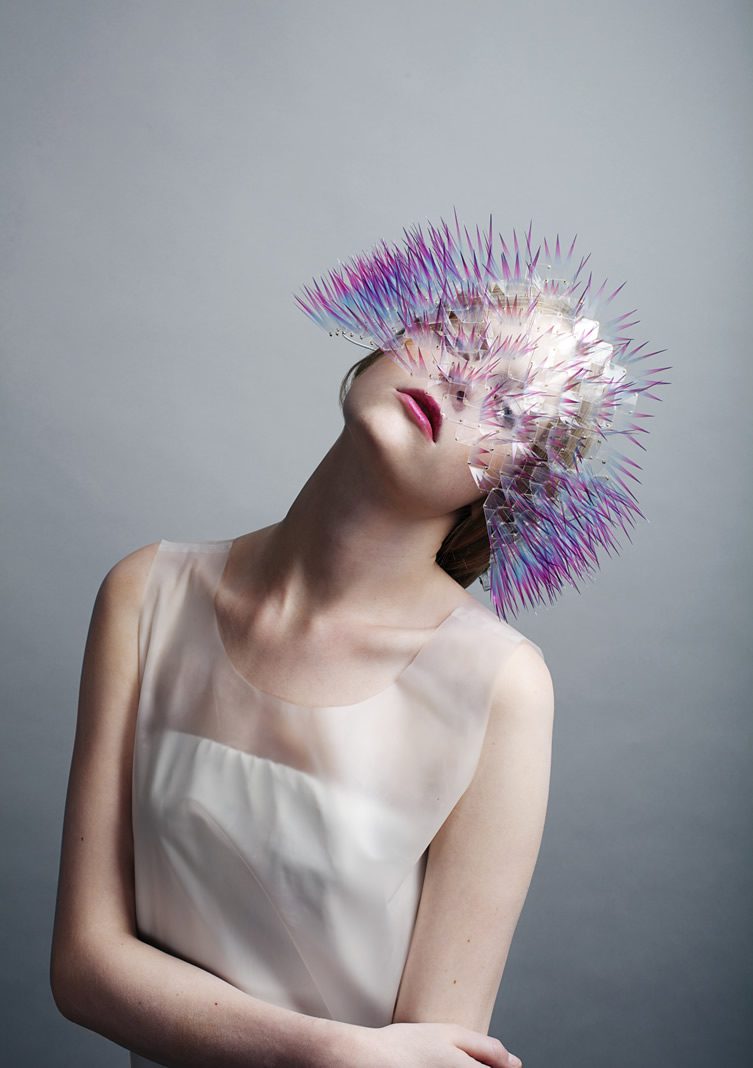 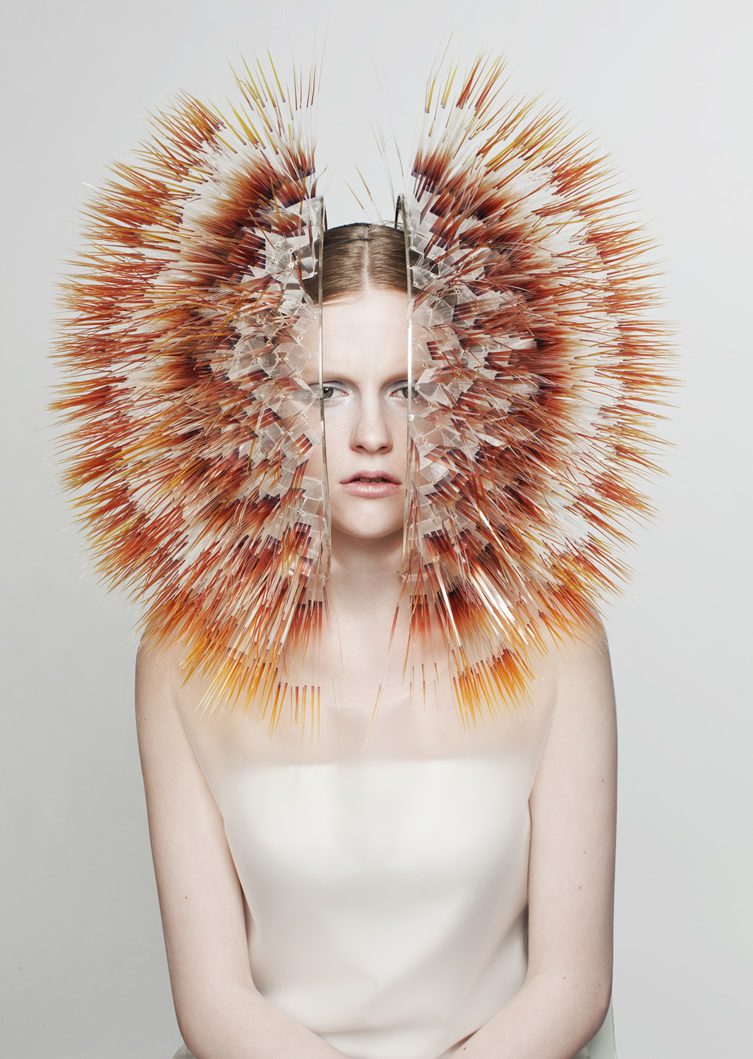 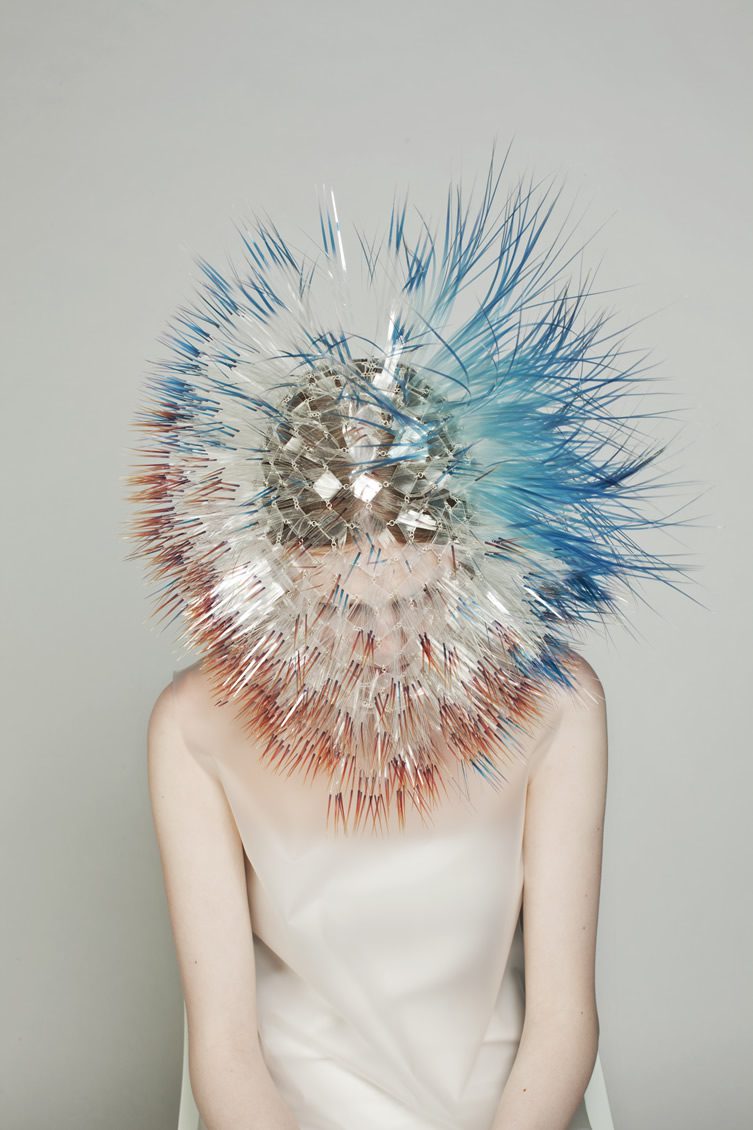 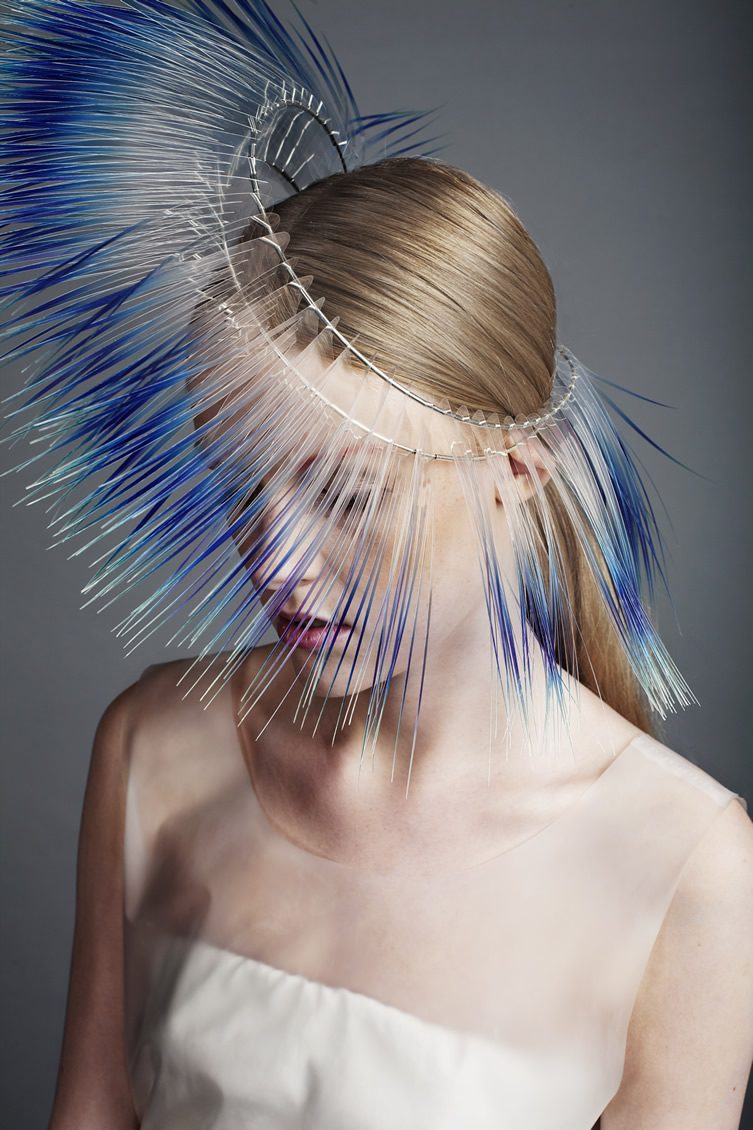 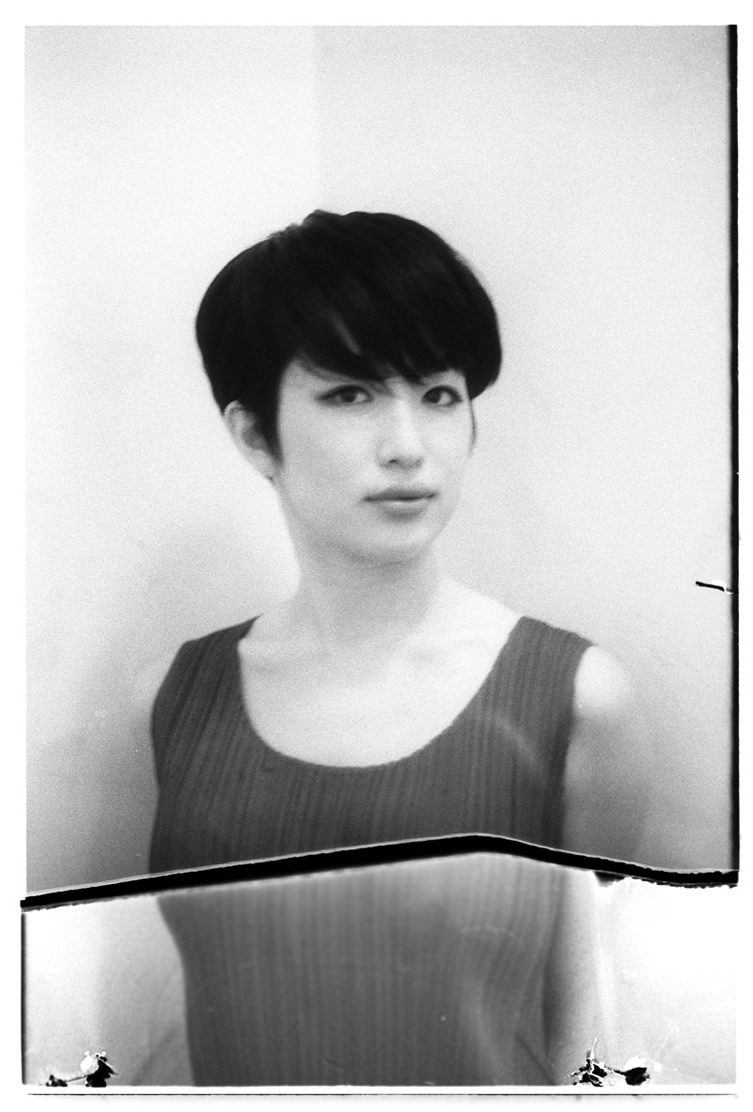