In a break from the trend for urban industrial interiors in city suburb cafés, Mr Brightside has gone in the opposite direction, giving customers an escape to the country amid the shopping streets of South Caulfield, Melbourne.

Rather than emphasise the concrete shell of the corner unit, the Sibling design collective has built its own shell within the existing one, but of wood. The result is something altogether more fun than gritty, and lies between a log cabin, a climbing frame and bunk beds. Three sides of the skeletal structure are left open, with only one finished in plywood, decorated with found objects. Sibling chose a low-cost timber which would weather over time to emphasise the relaxed atmosphere Mr Brightside stands for. It has been pre-treated to create some sense of age, as thought one is stumbling across a long-standing outpost. Definitely worth an expedition out to the suburbs for. 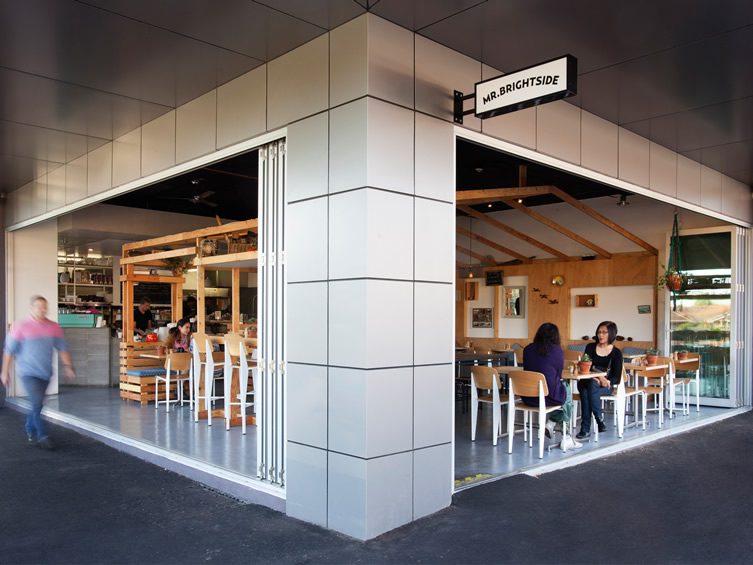 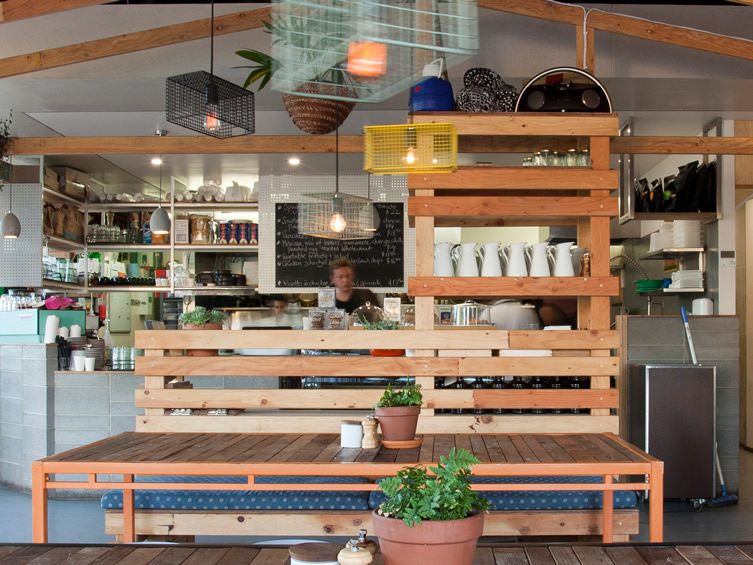 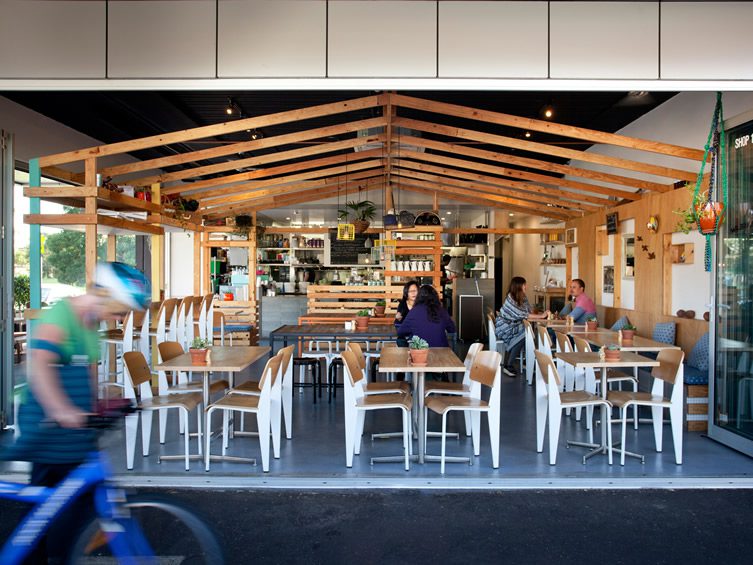 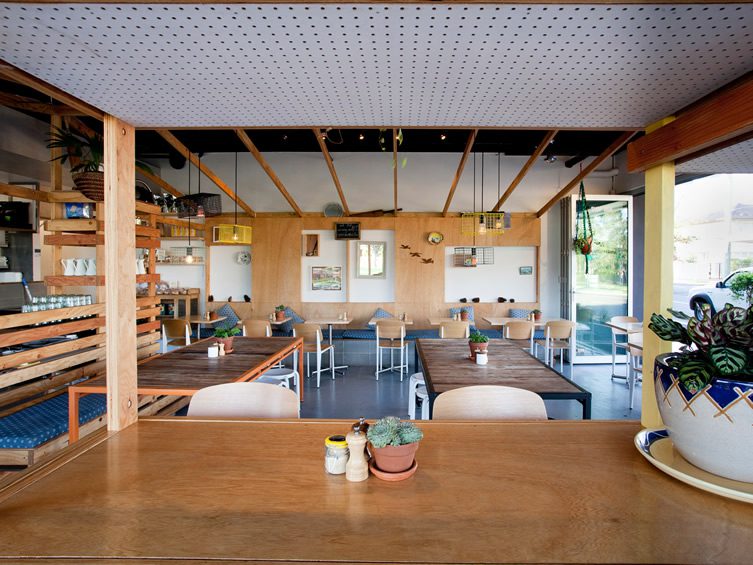 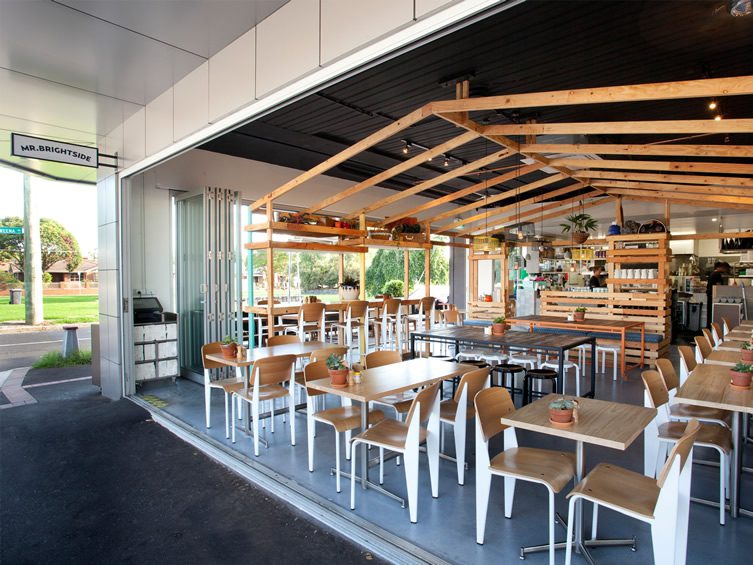