While followers of major world religions undertake pilgrimages to Lourdes, Mecca and Jerusalem, those who worship at the altar of art will be heading in a very different direction following the unveiling of Grayson Perry’s new secular miracle A House for Essex. Perry’s rentable collaboration with FAT Architecture, located in Wrabness near the coast, is a modern take on the traditional wayside pilgrimage chapel, and has been conceived as a tribute to fictional “secular saint” and artist Julie Cope.

The building has been designed as an expression of the life and work of this “Essex Everywoman”, as Perry describes her. Clad in 1900 green and white ceramic tiles, A House for Essex incorporates influences from traditional stave churches, arts and crafts houses and baroque architecture. FAT Architecture’s Charles Holland describes the structure as resembling a Russian doll, with a series of archetypal shapes increasing in scale as they descend the hill. Visitors pass through a series of spaces before entering the chapel proper through two hidden doors, with the main chamber organised around a central decorative creation combining a medieval rood screen and a baroque façade which frames a ceramic statue of Julie. Upstairs there are two bedrooms with walk-through wardrobes leading onto mezzanine balconies overlooking the main chamber.

Part conceptual art piece worthy of the Turner Prize that set Perry on his way, part overtly elaborate country cottage rental; A House for Essex is available for short-term holiday lets for up to four people through Living Architecture — although you may have just as much luck getting in as picking up one of Grayson’s artworks in your local Oxfam, a ballot to book is open now… 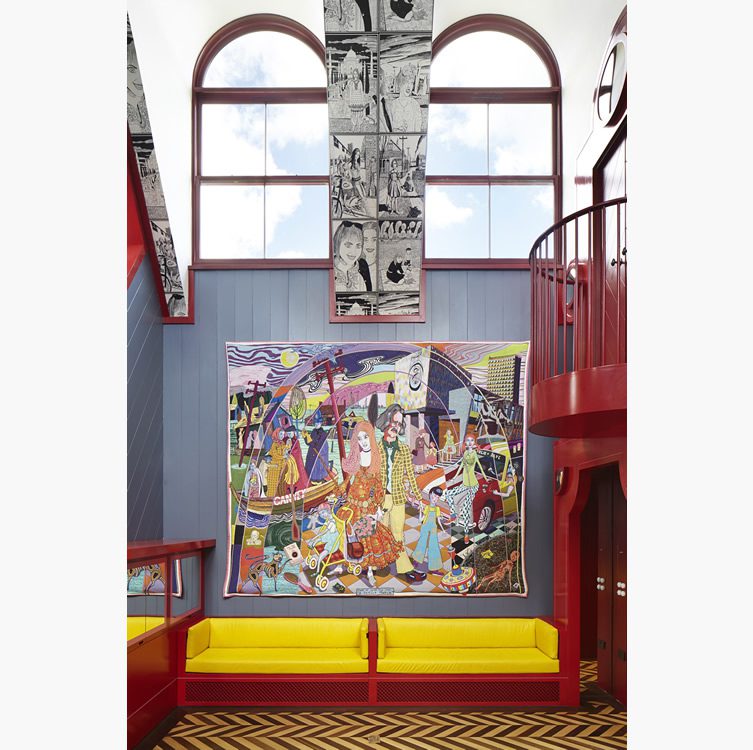 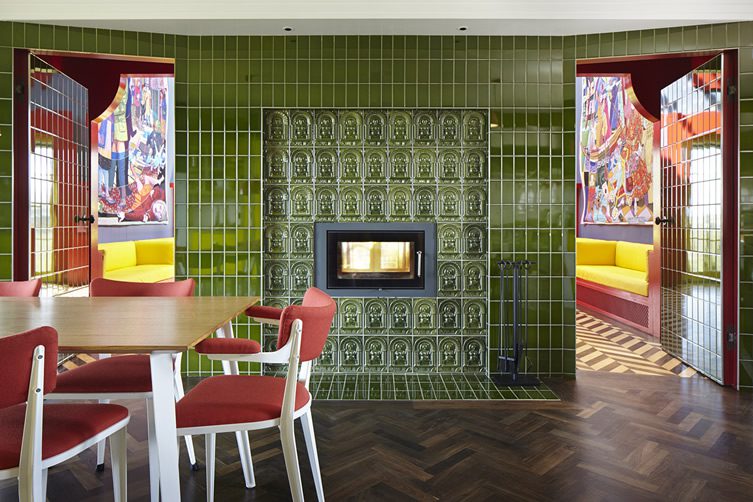 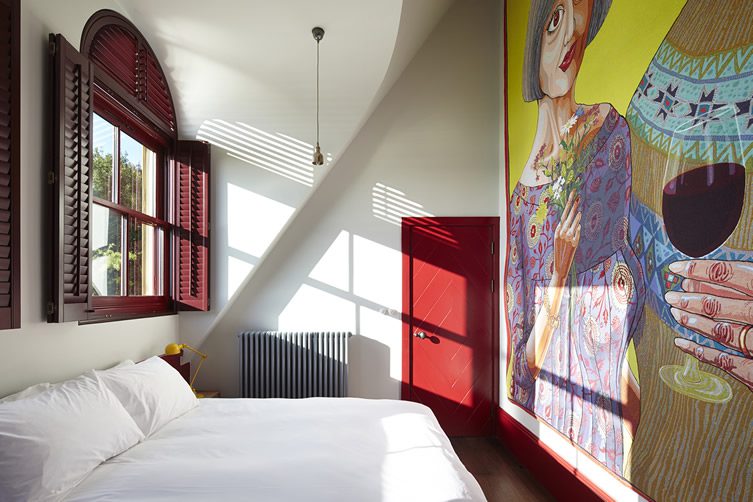 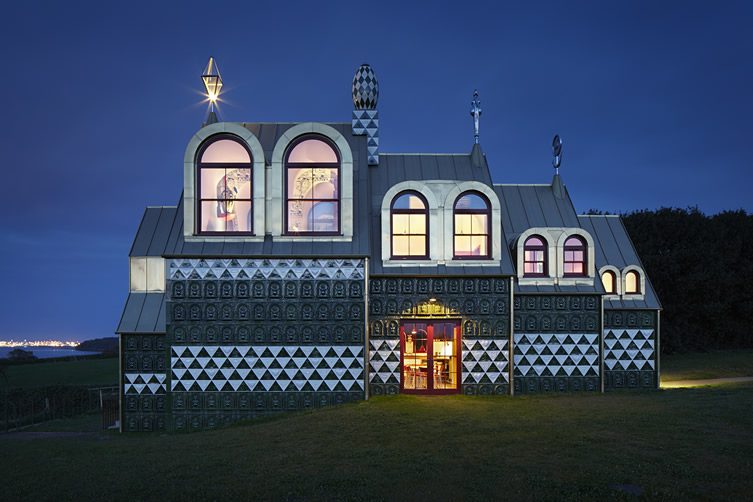 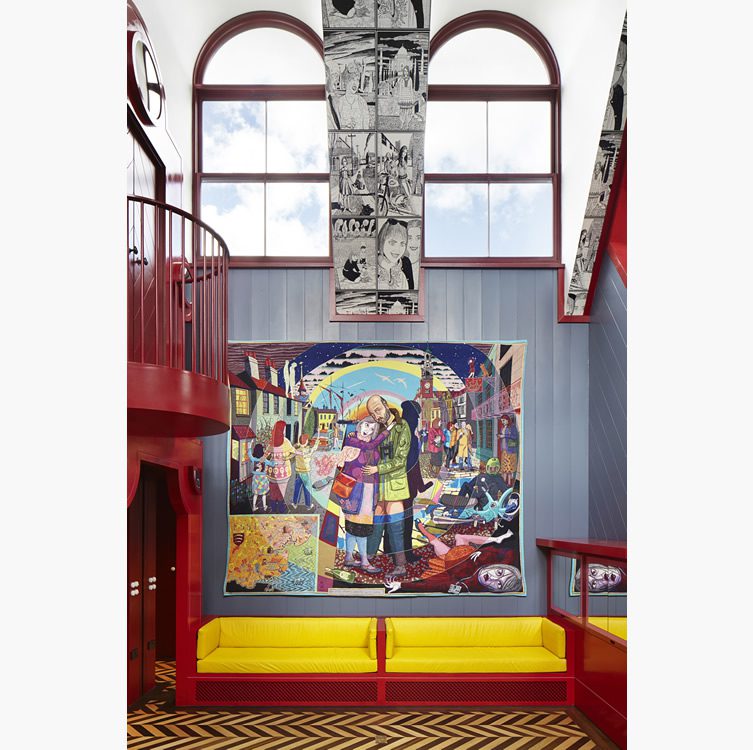 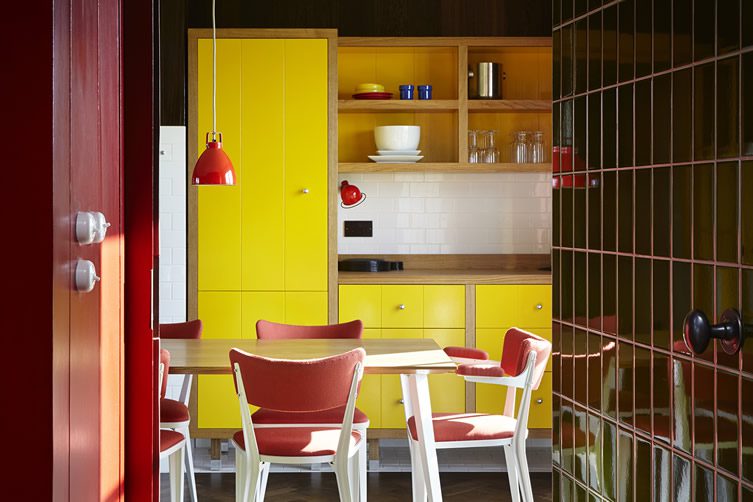 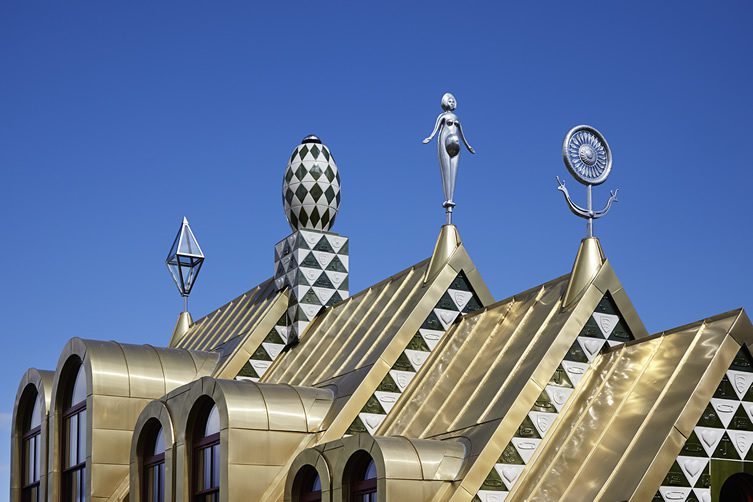 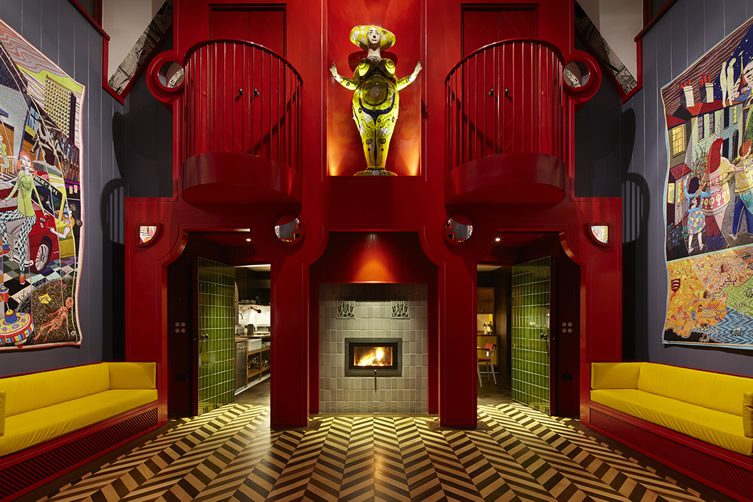 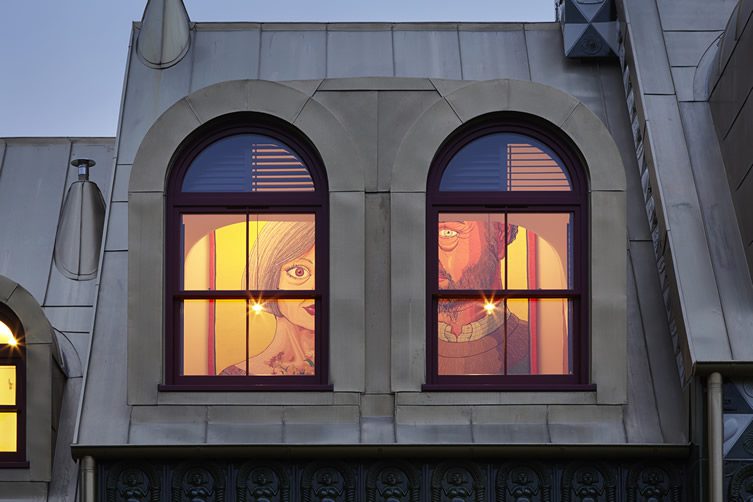 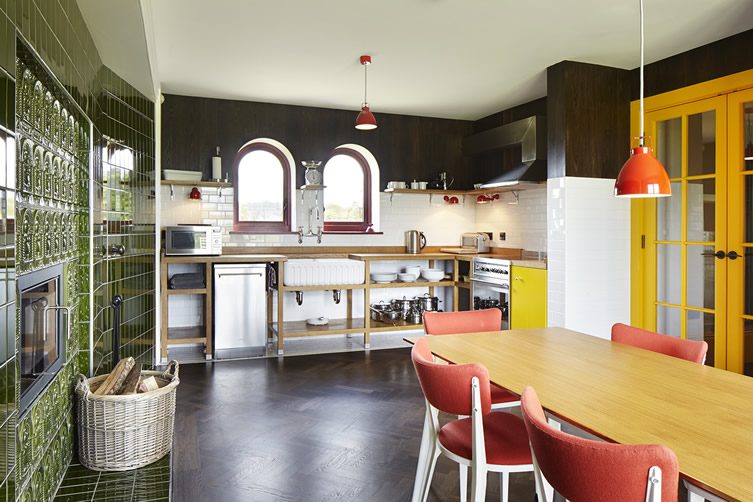 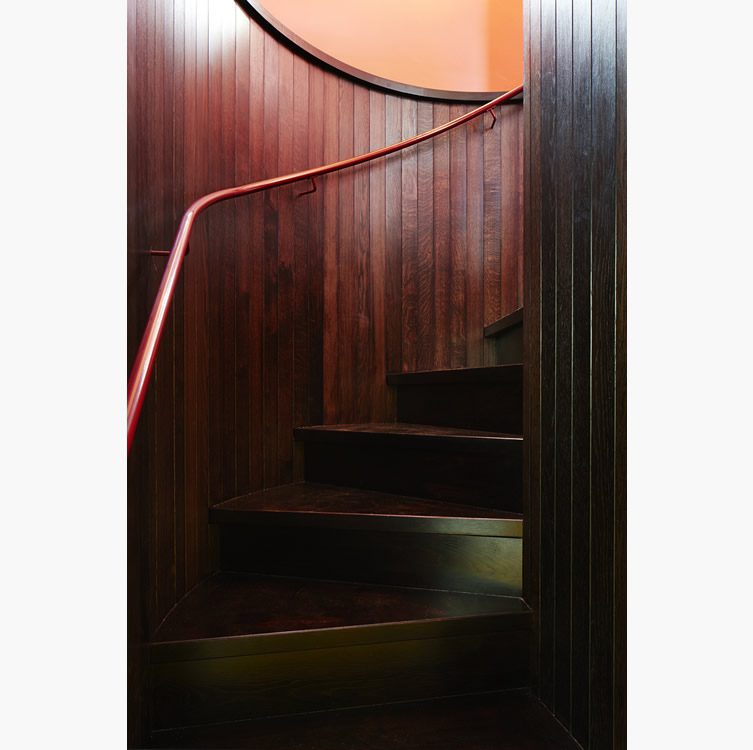 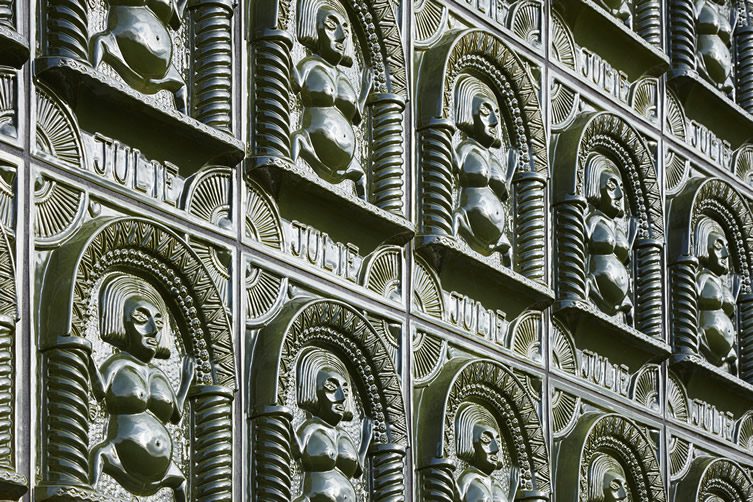 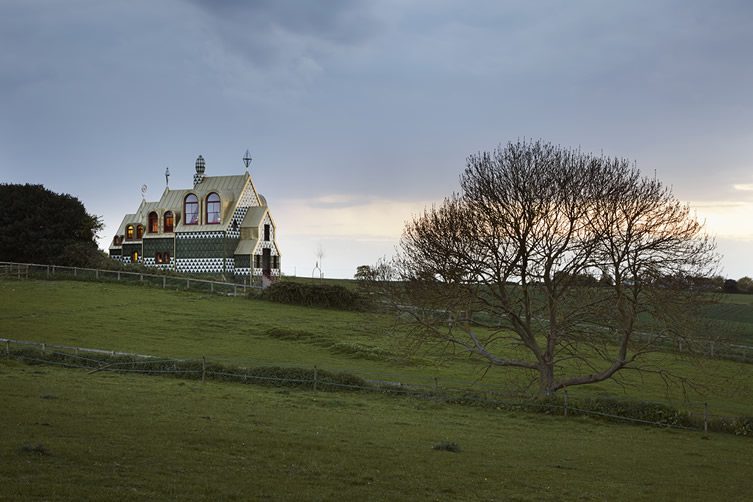