Children of the seventies. Listen: Mazda. I’ll say it again: Ma-z-da. Tell me, child of the petro-plastic, of Kodak, the Chopper, of Pong and, um, the Erector Set… What do you see? I’ll tell you. A Japanese saloon car called the Mazda 616. The rotary engine. An ad slogan that went something like, The More You Look, The More You Like – ha. Course, if you’re from the sixties, or the eighties, or, Jeez, the nineties, then the word’ll have its own connotations. Personally, I grew up in a time when Japan reinvented our notion of what it means to be a car.

Typically, it makes me think of my father. Not because dad knew much about cars. He didn’t. To him, the internal combustion engine was a plate of spaghetti, a car’s spec the shipping forecast. Rather, it’s what the car meant to him. For my dad, the car meant not walking. It meant a place of splendid isolation. It was a thing of pace, a thing, like clothes, to be worn with style. So, when I think of a decade spent in the backseat of Japanese motoring technology, I don’t think 4 cylinder whatnots, wheelbases, horsepower, modifications and the like. I think, instead, of this image I have of my father, standing next to a red car. It’s a Mazda, a 616, a saloon. Dad’s wearing a natty beige safari suit, sandals, knee-length socks. One hand, smoking cigarette aloft, is on the roof of the car, the other sits on his hip. He looks fantastic. So does the car. The sky is blue. The road is grey. I think he’s just about to take me out for a spin.

Which is why, when my nine year old son and I were invited last week to a so-called Ultimate All-new Mazda6 Driving Experience, I couldn’t help but feel that this was it. Back to the seventies. Back to khaki suits. Back to dad, the tipping point, to driving fast for no good reason. Only this was different. This was Chobham, in Surrey, at a track called the Longcross Proving Ground. Sounds like somewhere you might go to get ritually circumcised, or whipped, or beaten to death on a big rock. Plus, as we drew in, the sky was grey. The road was dark. It was a Saturday morning in March, 2013, and no one was wearing anything approaching a safari suit. I didn’t recognise the cars, the winged emblem. This wasn’t the Mazda I remembered. This wasn’t my dad.   All of which exposes me for what I am: an ignorant, flawed son-man-father-car driver. Time is not a technicoloured still. My father’s wardrobe evolved. It’s me, not him, that doesn’t know where the petrol goes. 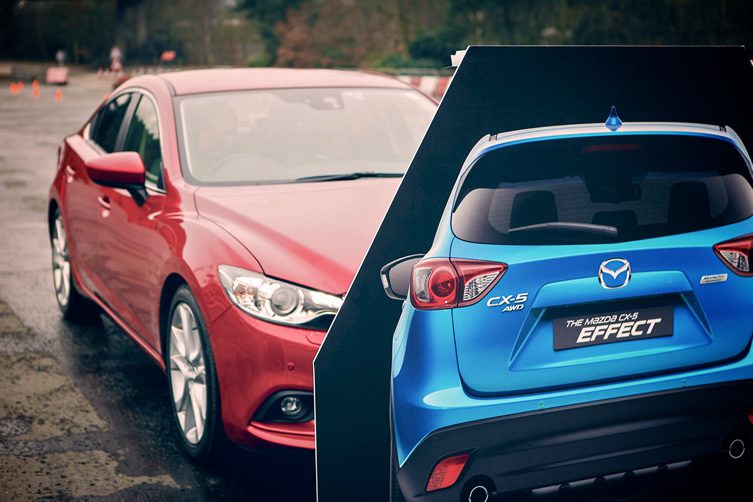 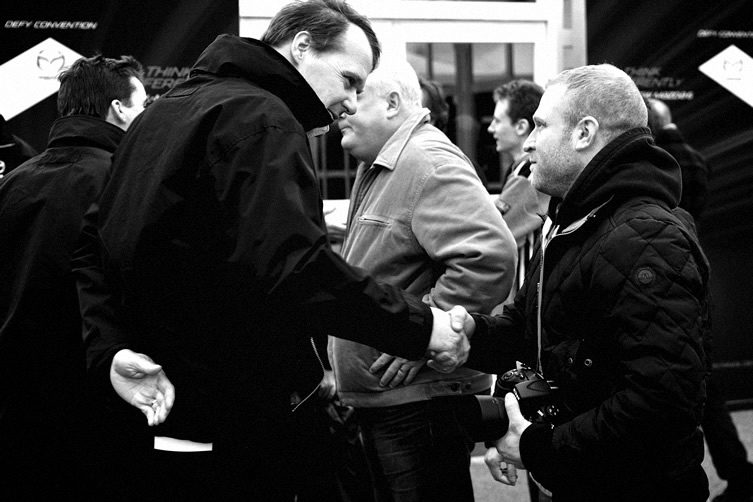 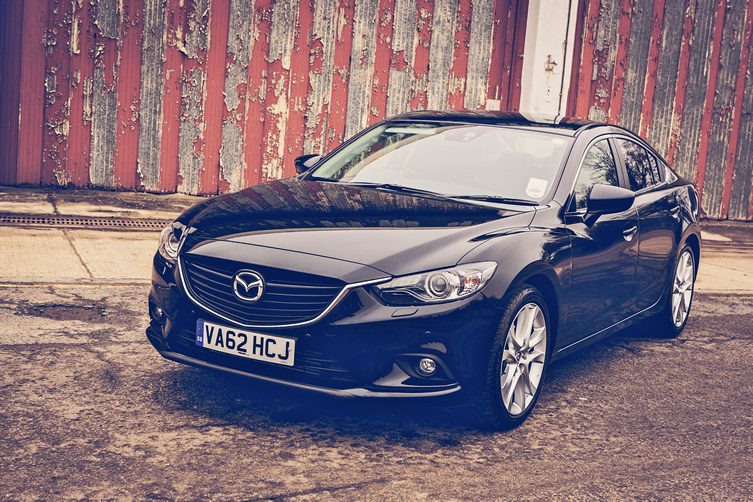 Longcross is where McLaren test drive next year’s car, where the British film industry shoots its car scenes, where once the army test drove its tanks: old, an ex-airfield, forested and especially designed to simulate rallying conditions, it’s the most atmospheric test track in the country. Mazda may have given us the Cosmo, the RX-7, but that’s just the beginning, a glimpse into what is today one of the world’s most experimental, innovative and technically brilliant car manufacturers – the Mazda6 a perfect example of its mainstream capabilities. I had a lot to learn that brilliant grey Saturday morning.

And what a lesson. Met at a little hospitality pavilion, our particulars dealt with super easily, head high slates of nibbles crisscrossing the floor, coffee on permanent go, we were introduced to Andy McCann, host and professional driver. Not, note, professional like I’m a professional. I mean professional as in someone who has worked with likes of Kimi Raikkonen, who has just come back from helping Rolls Royce with its European launch of the Wraith, who’s been driving, working with and promoting cars for the last 20 years. Not that you’d know it. McCann’s as modest as he is knowledgeable, and I was only able to extract the above over the course of the day, between bouts of belting round Longcross, taking the elevated long corners at 110mph, snaking through the tracks inner circuit or testing the car’s eLOOP braking systems on the old tank hills. McCann, I got the feeling, may be in the employ of Mazda, but very much on his terms: he’s with them because he likes them, respects their approach, and believes this generation Mazda6 the best value-for-money car in its class. No question.

So, much speeding done, the day over, a week or two in which to reflect, and here’s what it, McCann and a brand new motor have taught me. Three things: One, time waits for no car – my dad may have enjoyed his 616, but he’d covet the Mazda6. Two, my son has developed, I fear, a love for travelling in a blur. Three, 2013 is quite a cool year. 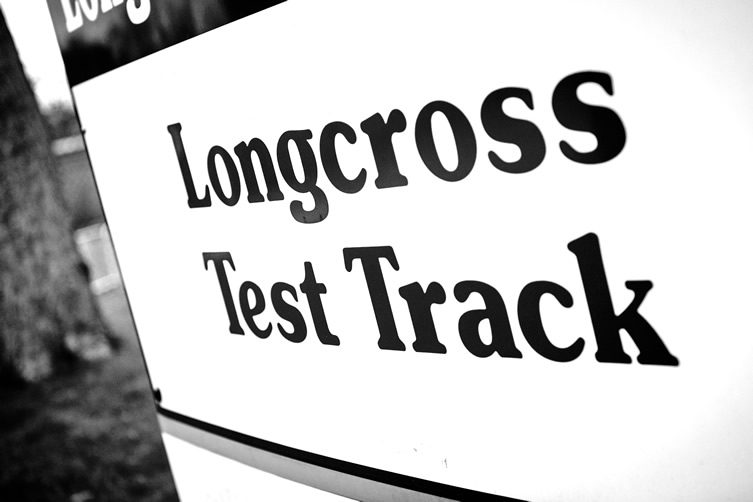 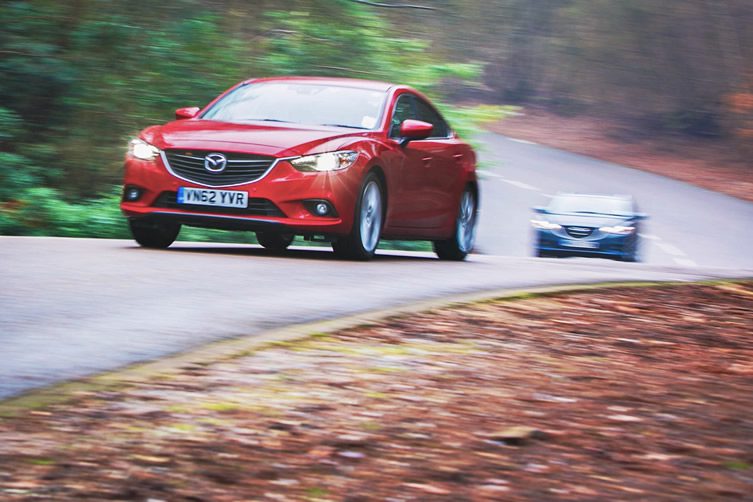 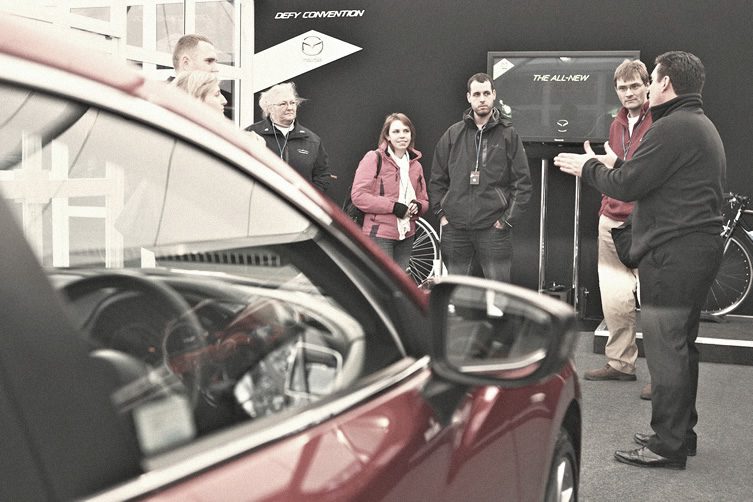 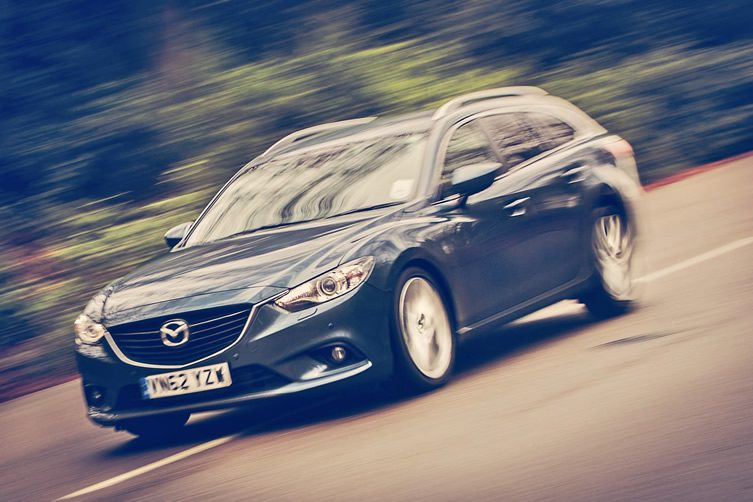