‘The single malt that started it all.’ I love strap lines. Slightly alone, endlessly enigmatic, the face that launched a thousand brand truths, the strap line either works or it doesn’t. This one, The Glenlivet’s, works – if only because, for me, there’s a certain feel of the up yours ye bunch o tossers waiting to bust out of its wheat coloured literalness. Observe, for example, its insistence on almost insider terminology. Note, next, its statement, which, on the ear , and said in the right accent, is the alliterative equivalent of wearing velvet to a pyjamas party, but which, when examined upon the Block of Close Reading, marks The Glenlivet out as a man among boys. History, tradition, knowing craftsmanship, hardy pioneering spirit, good taste… it’s all here, wrapped up in a line that is as welcoming as it is definitive. Christ, it even scans.

All of which serves as timely can opener to that bit of Scotland that occupies popular English imagination: the highlands, kilts, a monster called Ness, warriors bent on freedom. For, like The Glenlivet strap, like whisky, and in particular, single malt, this part of Scotland, however well known, however endlessly sold, continues to hold everything it promises: great beauty, a touch of the wild, a history played out against the image of country hungry England, religious strife, a genius-fool called Bonny Prince Charles. 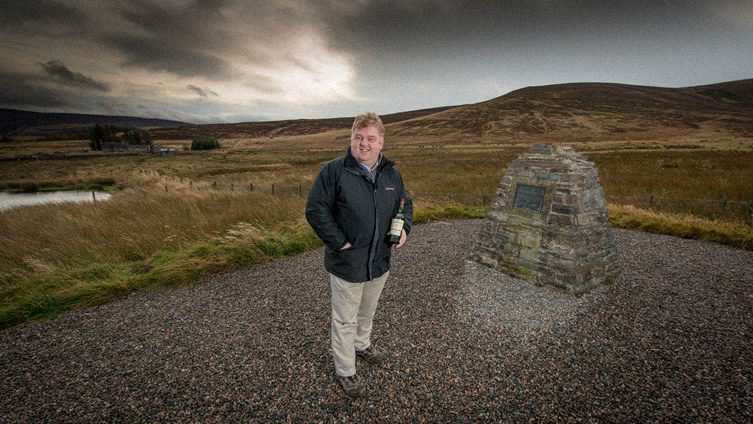 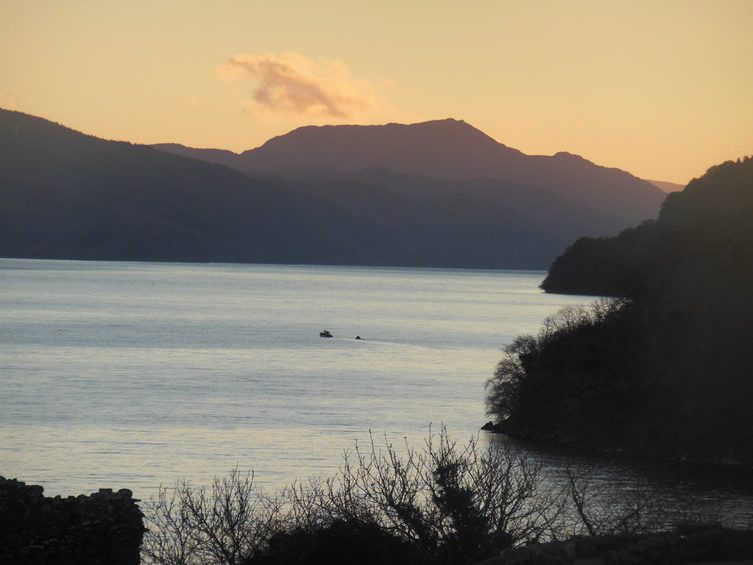 What am I talking about? Well, simply that, if you’ve a moment, a bit of cash, then fritter it not on your local, another tank of petrol, gadgets, the couch, video games, face cream, a fifth pair of on-sale-must-be-a-bargain party shoes. Catch, instead, a plane to Inverness. Hope to hell that you’re met by the kilt-wearing Ken Hanley, master-guide, and by the wonderfully urbane Michael McCuish. Visit Loch Ness. Take the Jacobite Temptation Cruise. Explore castle ruins. Stay in a highlands hotel. Go see for yourself where, in 1824, George Smith, distiller and clearly a man of business, was the first to go legit (there, the strap explained). Stand in the dark, in the middle of a field called Culloden, scene, say some, of Scotland’s biggest tragedy, the beginning of the end for the clansmen. Why? Go? Because it’s tasty, and fun, and exactly what it says on the tin: fucking great. 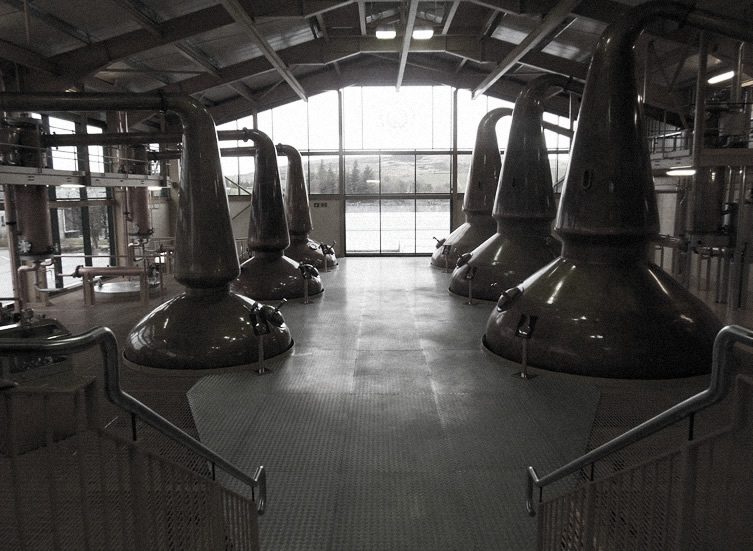 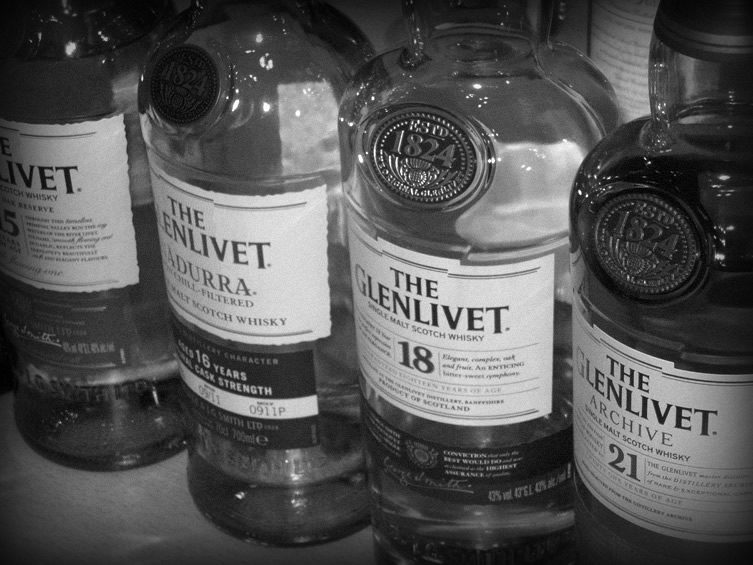 Highlights? Well, I’m a weak man, a baby, in fact. First, something easy on the mouth, something to ingest, to taste, to imbibe… Easy: the Glenlivet tasting room, where in the generous hands of Ian Logan, global ambassador and man of many a fine story, I happily took share of the distillery’s core expressions, chief of which, for me, was the 18, the 21 and the XXV, in ascending order. Also, for you aficionados , a dash of The Glenlivet 50 year-old, limited edition, which, though a proper honour, and accomplished on hallowed ground, the Guardian’s Library, came in, I feel (and sorry), joint third – with the 18, and pipped at the lip by both the 21 and the XXV.

Second, I’m a sucker for the super analysed, the super story, which is why experiencing Bonny Prince Charlie’s extraordinary failure at Culloden Battlefield is to experience a lesson in historiography at its very best. Third, the stay at Knockomie Hotel, home to a range of beautifully dressed men, a crazily excellent chef and a distillery addicted owner. Fourth, even I, an irredeemable potato, even I appreciated the intense beauty of boating across Loch Ness, the falling sun turning the world red… 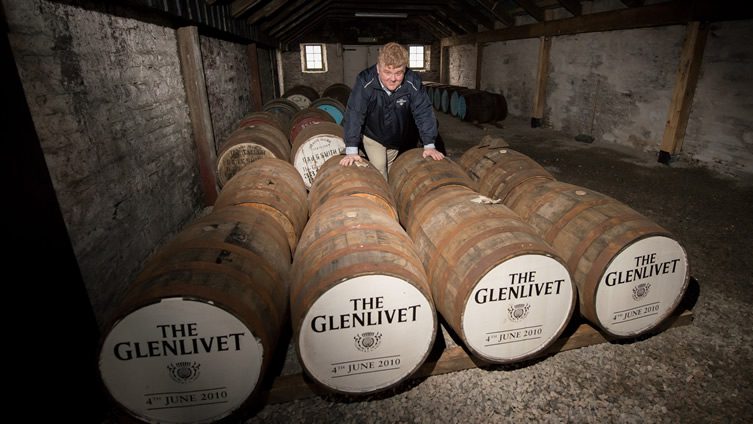 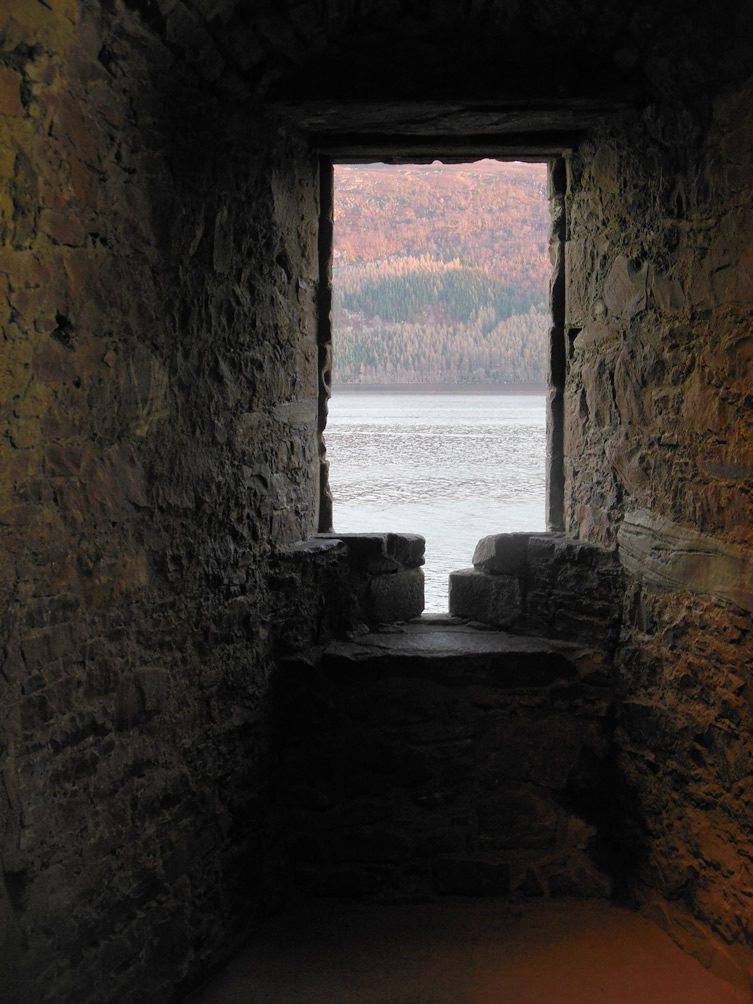 So, to finish: It’s all there, in the strap, the loch, the stories. No doubt there’s some serious marketing going on here, but so what? Nice to see something proper happening, something affordable, something simply good. Meaning, hammer out, friend, break the piggy bank, and get thee to Speyside, to the countryside, to Scotland, land of the real.