The last time we featured the creative driving force behind this latest project, fashion designer Minna Parikka was disappearing down a rabbit hole with her collection of improbably heeled, cartoon covered footwear, aided and abetted by artist and pop culturalist Jani Leinonen who came up with an installation space for Parikka at a Helsinki gallery.

Since then the Finnish shoesmith’s star has been on the rise in a big way. Parikka, whose fans include a certain Lady Gaga, needed a flagship store in keeping with her growing status, and who better to design the place than fellow Finn Joanna Laajisto, who we last saw designing the rather classy Bar & Co.

Classy is exactly what Laajisto has brought to the table, or rather the shelves and pedestals that form the showcase for Parikka’s creations. Using only a soupçon of pastel colours on a mainly white background, the designer allows the shoes to shine, each pair popping out at the customer to eye-catching effect. I’m still not sure how anyone can walk in shoes like these, but then I’m not much of an expert. Parikka’s obviously doing something right, and at her flagship store, so is Laajisto. 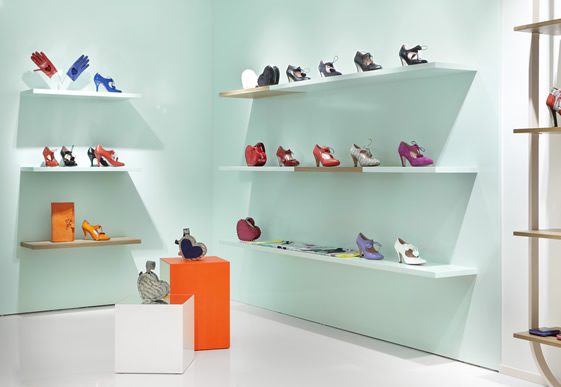 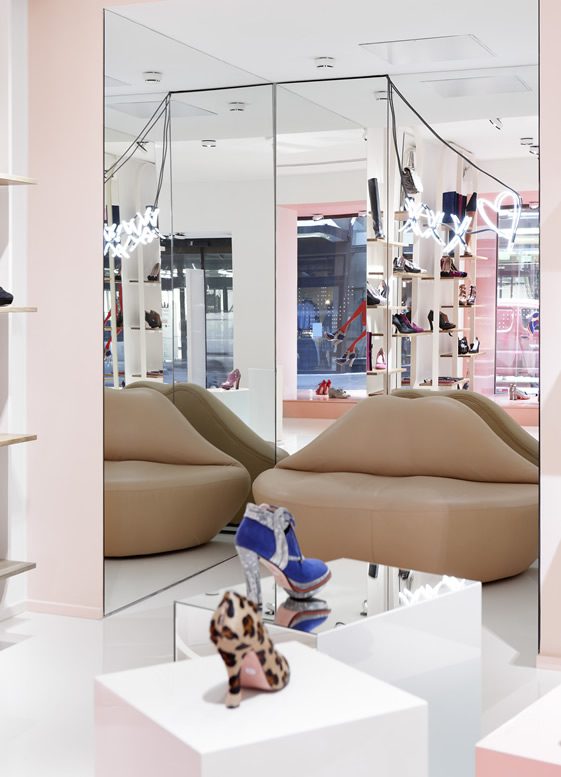 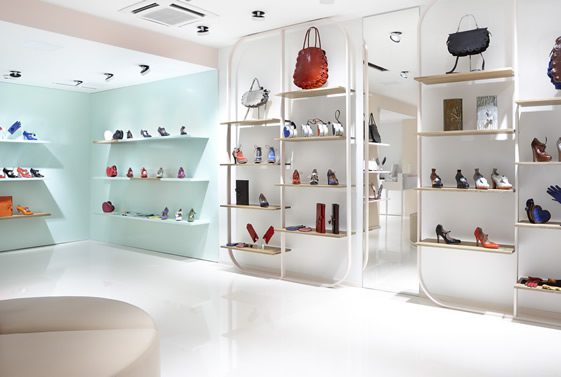 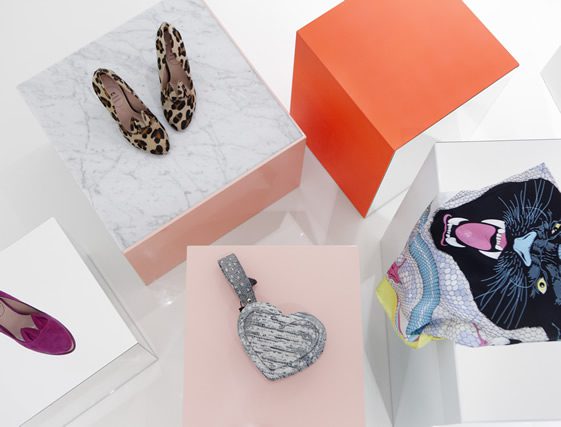 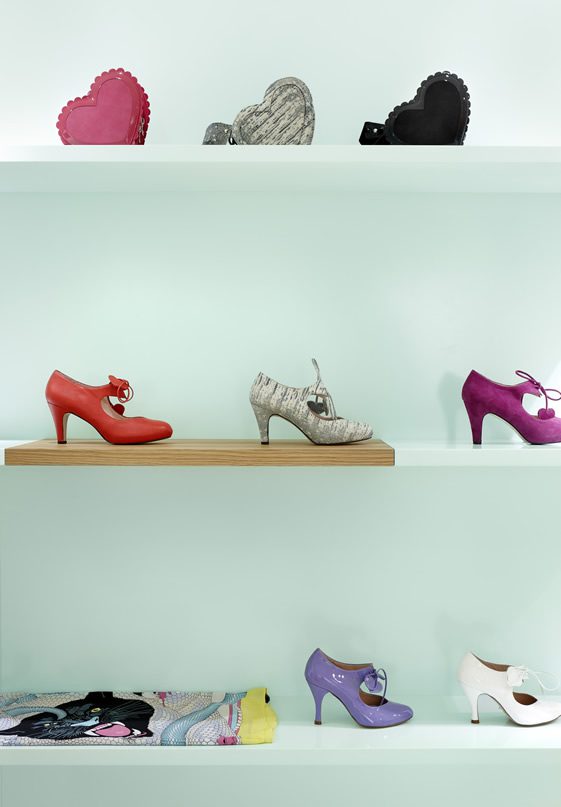 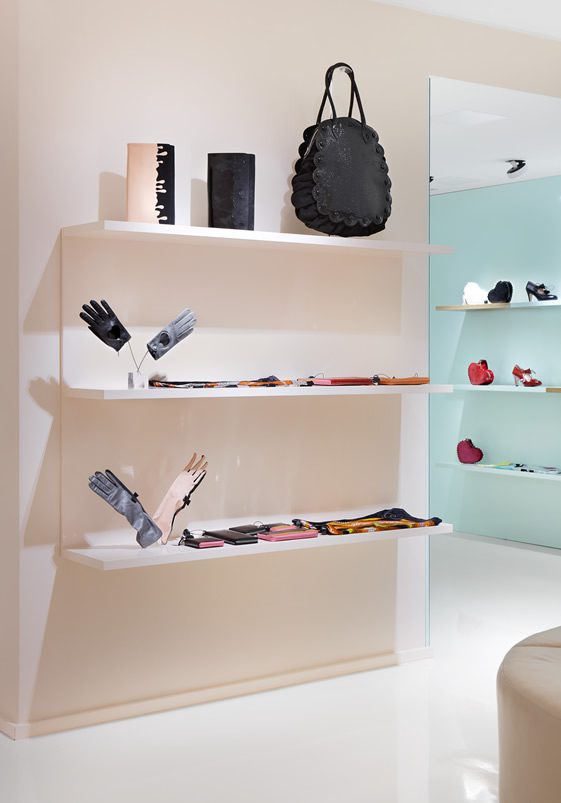 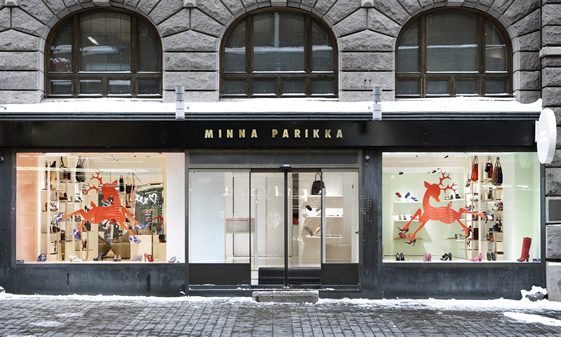 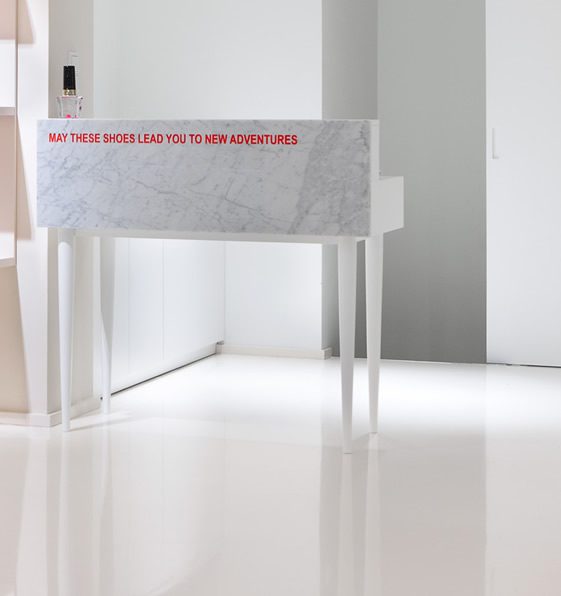 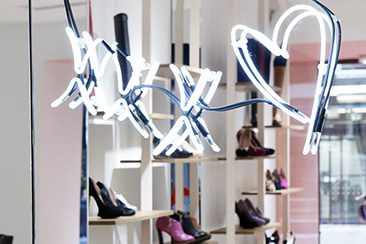 The last time we featured the creative driving force behind this latest project, fashion designer Minna Parikka was disappearing down a rabbit hole with her collection of improbably heeled, cartoon covered footwear, aided and abetted by artist and... 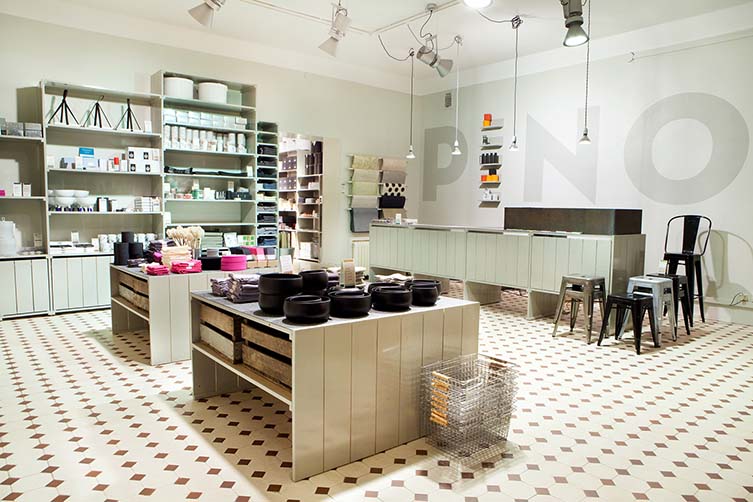 Pino is a market place for unique, functional and innovative design objects situated in Helsinki. The design and branding concept, created by local-based creative agency Bond, is taken from the name – ‘Pino’ literally meaning a pile or stack....