Welcome to the ‘temakeria’. Visitors to Brazil may have already encountered this curious little kind of fast-food eatery, where the lesser-spotted member of the sushi family has made its way to the top of the pile, and bagged itself its own time in the spotlight. No longer the runt of the litter the hand-rolled sushi cone is now the star of the show in London too, thanks to Yoobi, the brainchild of two young entrepreneurs with travel in their blood.

Architects Gundry & Ducker, and branding experts ico, have conjured up a delightful environment from which to enjoy your new favourite snack; there’s an unwieldy, bulging architectural counter, contemporary graphics that evoke the diversity of Japan, Brazil and London. Food-wise, there’s as much creativity on display… Japanese pear mixed with 20-hour cured Salmon, Spanish influenced Tuna Tartar; and maki sushi, salads and soups to boot. It’s bright, it’s fun and temaki is seeeeriously tasty, what more are you waiting for? 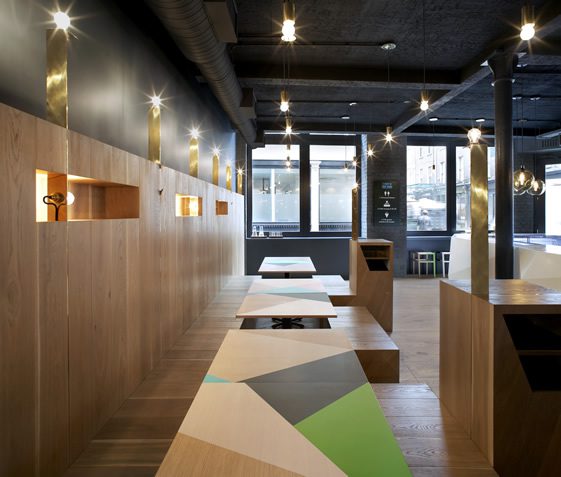 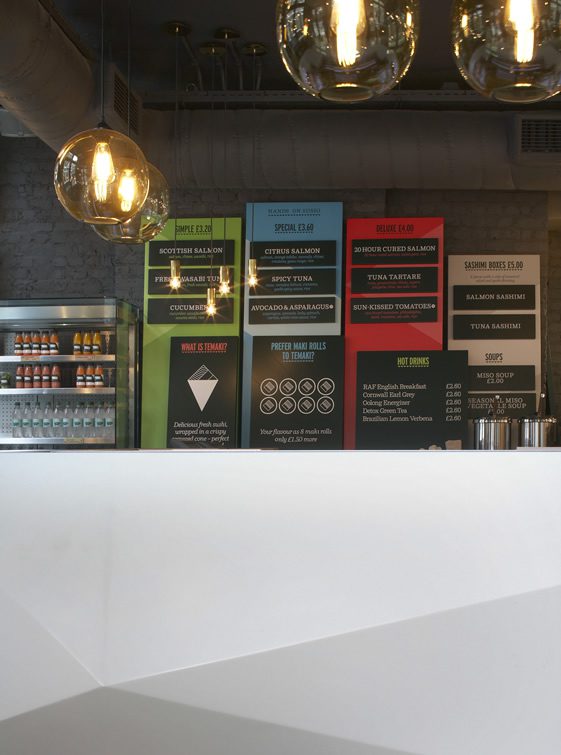 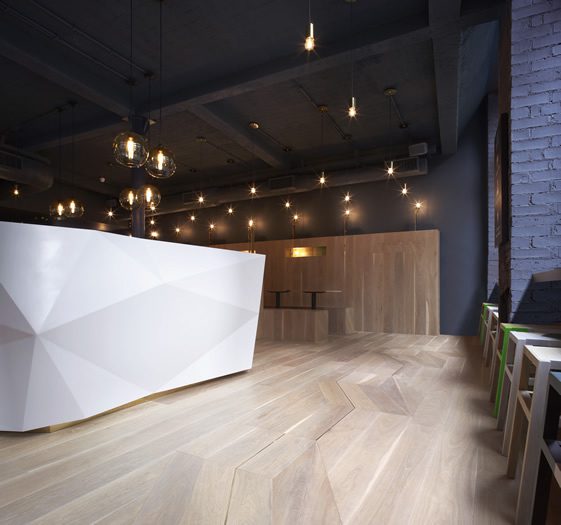 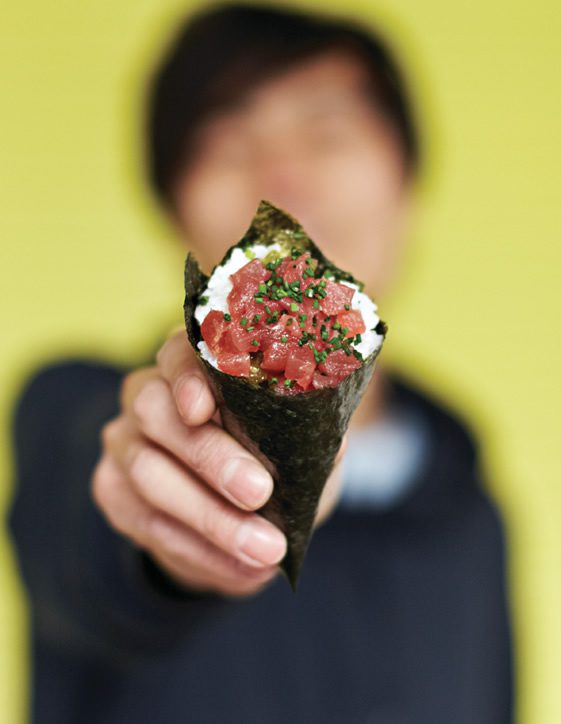 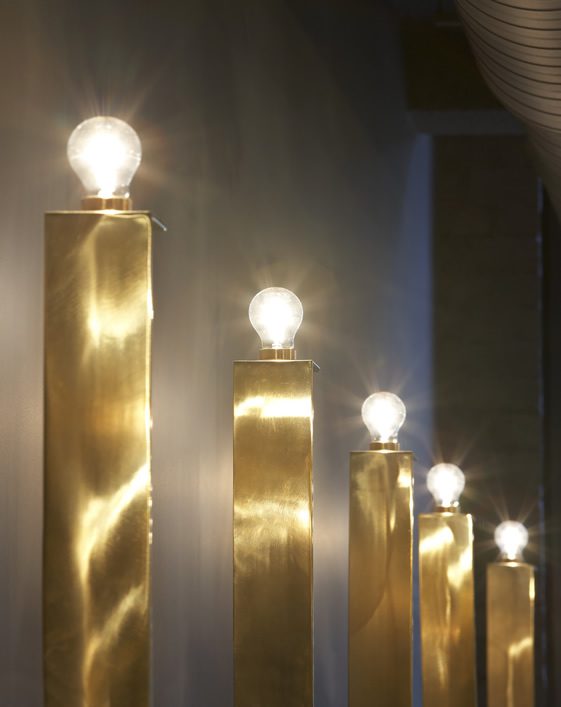 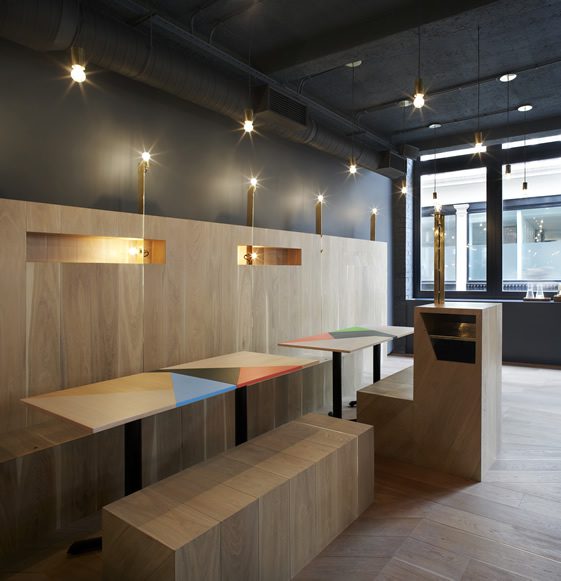