Toronto artist Jenn Liv makes no bones about her pop culture inheritance. Whereas some artists are keen to establish their credentials through lists of canonical and well-respected influences, Liv goes the other way: when I ask her about the traditions in which she sees her work, with refreshing enthusiasm she embarks on a spirited list of the anime, Manga and video game works that have helped to form her own practices. 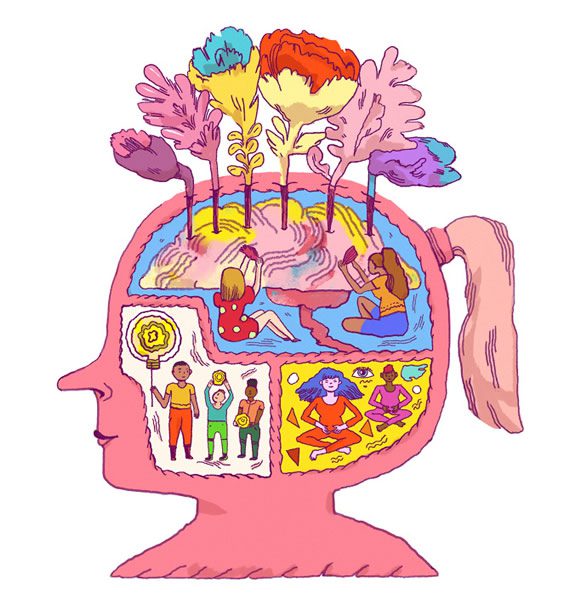 ‘A lot of my artistic influences come from the narratives and imagery I stumble across while watching all different kinds of animation,’ she tells me. ‘My tastes have evolved over time but I constantly go back and re-watch the heck out of old favourites, trying to study all the factors of what makes them so great. It’s always been a dream of mine to pitch a cartoon someday so I try to create comics whenever I can as a way of taking what I’ve learned and putting it into practice.’

For anyone familiar with her work this irreverence, this lack of pretension, will come as no surprise. A mixture of Western and Japanese styles (Liv’s heritage is Chinese, though she’s a Torontonian through-and-through), her illustrative style combines a clear interest in deliberate composition and pop-culture cool with a freewheeling energy and spontaneity that this kind of approach very often stifles. This is partly due to an eclecticism at play that precludes all but the slightest hint of irony: scenes of millennials at work over laptops and charts are followed by fairy-tale images of girls growing from the leaves of a rose-bush or a tiny airborne heroine delivering a powerful blow to a massive masked man — in the process smashing the mask and revealing the demonic skull beneath. Has this mixed heritage, and the carefree earnestness that accompanies it, been a constant? 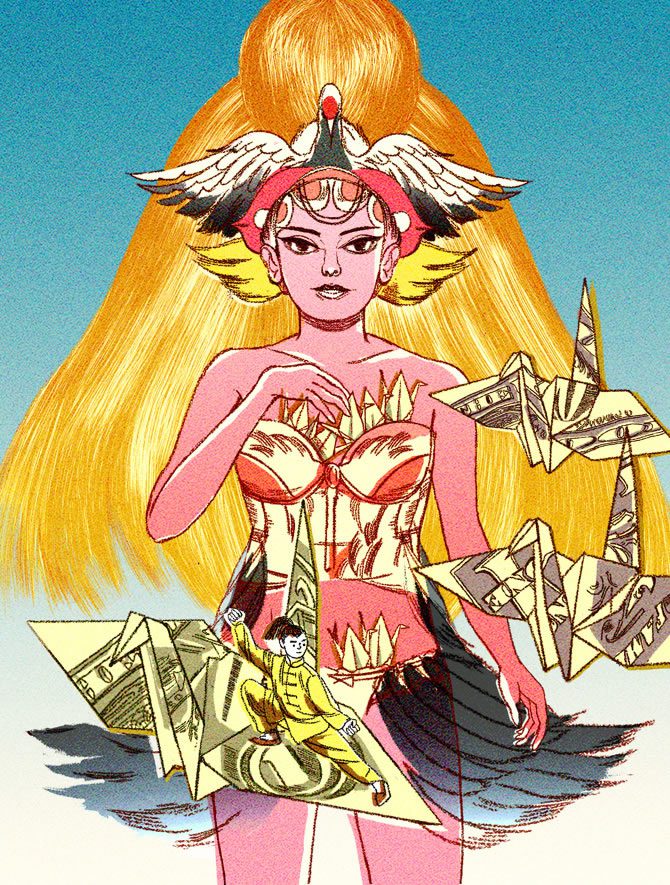 Folding Cranes at the Dragonfly Lounge
for Firewords Quarterly Issue 5 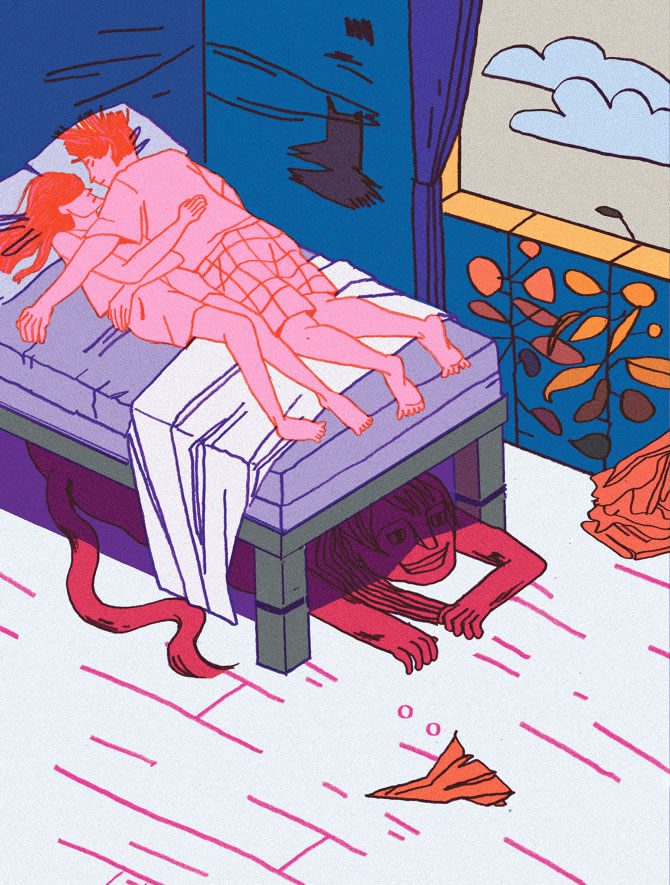 ‘I make a conscious effort to try and incorporate as many influences possible with as much variety I can muster. I try my best not to focus too heavily on Asian culture, although admittedly it is my favourite source of drawing inspiration — I’d like to reach out to wider audiences because I do see myself as an amalgam of many different things, as a person and an artist.’

I’m interested — that’s all very positive, but has there been a downside to the cultural displacement that’s led to this multicultural approach?

‘Oh, sure. I’ve struggled with having a mixed identity while growing up from a Chinese background in a North American setting, which is something anyone coming from an immigrant family can relate to. There were times when I’d feel troubled trying to identify with either being ‘Asian’ or ‘White-washed’ (for the lack of a better term) because I was constantly exposed to so many different things simultaneously. However, over time I’ve come to accept and embrace my multifaceted nature as a person. It bothers me less than it did when I was younger.’ 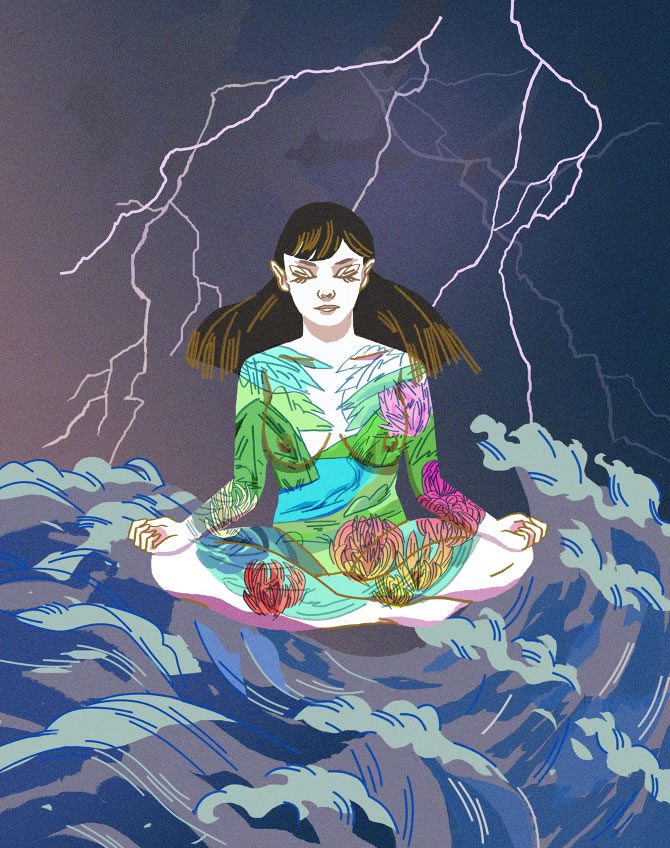 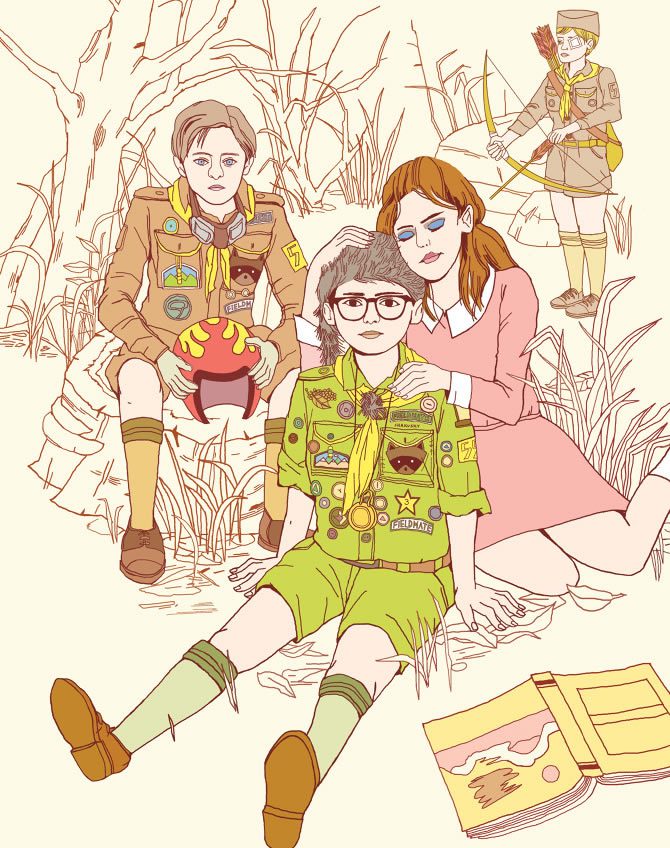 Another piece that piqued my interest was Moonrise Kingdom, her contribution to a Wes Anderson tribute show. Does she have a strong connection with his work?

‘The honest truth is I don’t! Which is strange, as technically I should be drawn to his sense of humour and wit but there’s just something about the way he packages it all together that puts me off. His movies would be something a younger high school version of me would totally pine over but somehow I just can’t get into his style of dialogue and plot anymore no matter how many attempts I’ve tried.’

This isn’t entirely surprising — much as I love Anderson’s films (and in case he’s reading, I should point out that Liv goes out of her way to praise his ‘drop dead gorgeous cinematography’ and painstaking attention to detail), and as much as Liv’s work shares with them a delightful naïveté, her characters strain at the edges of the frame in ways that his would never dream of in a million years. It’s that irrepressible energy again. 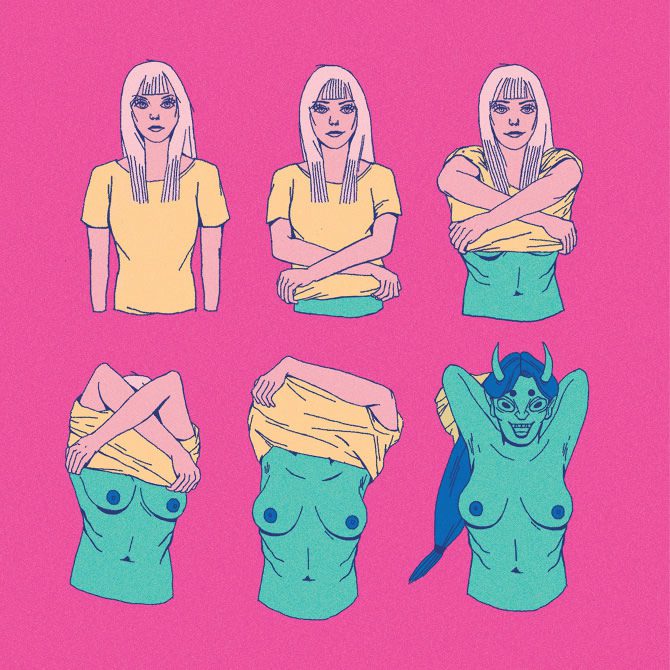 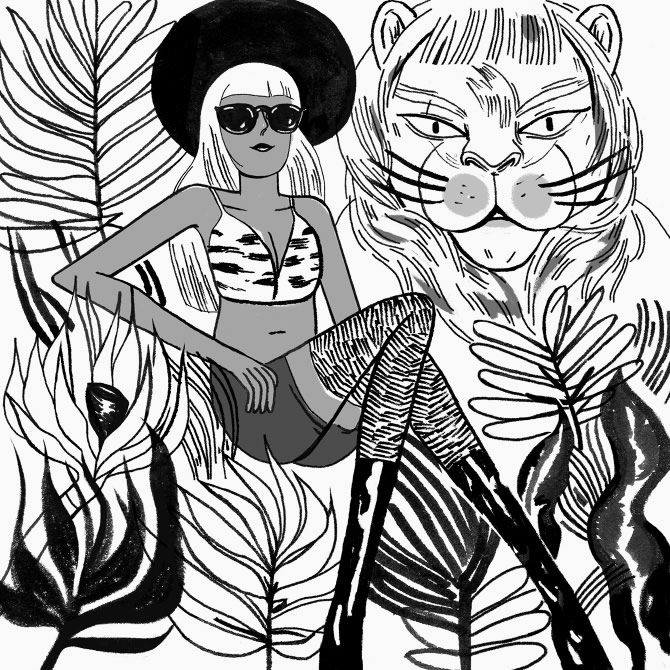 Often, noticeably, that energy is embodied in vibrant, quirky female figures. Is that deliberate? Is her approach consciously feminist?

‘Yes! I’ve always been passionate about females being portrayed in a positive light in all different manner of ways.’ Again, though, she won’t be pigeon-holed, nor allow her work to be taken too brow-furrowingly seriously. ‘That said, I’m not the most politically correct person when it comes to feminism: when it comes to illustrating females, I can’t really say that I have any underlying political messages in the subcontext of my work … other than that I harbour a burning desire to become a badass myself! So creating interesting female characters is probably my response to all of that feeling and my feelings about gender politics in general. It’s like how young boys tend to grow up drawing their favourite superheroes that they look up to — I’m very much experiencing the same thing in my own way, even now!’ 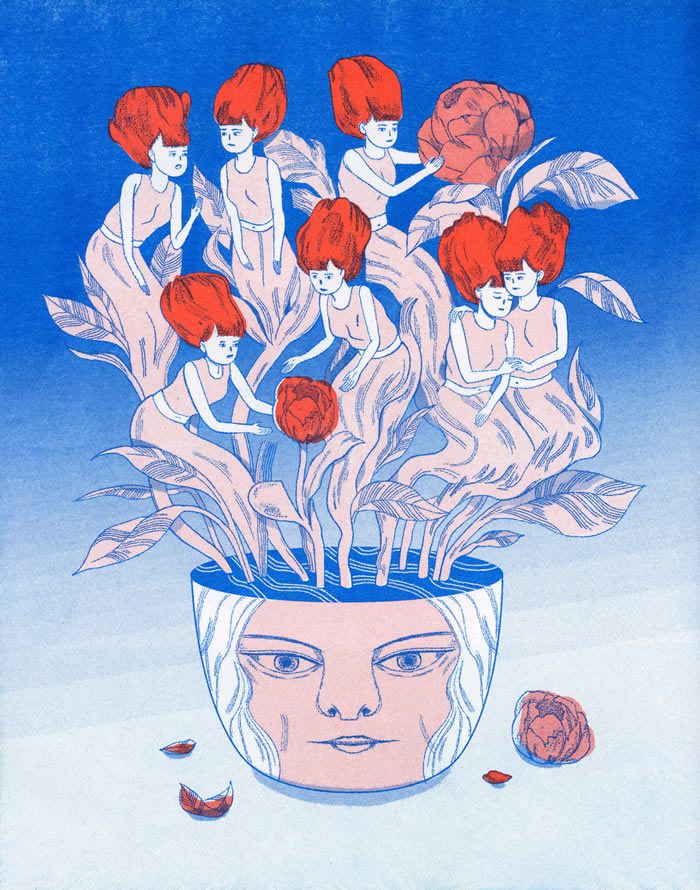 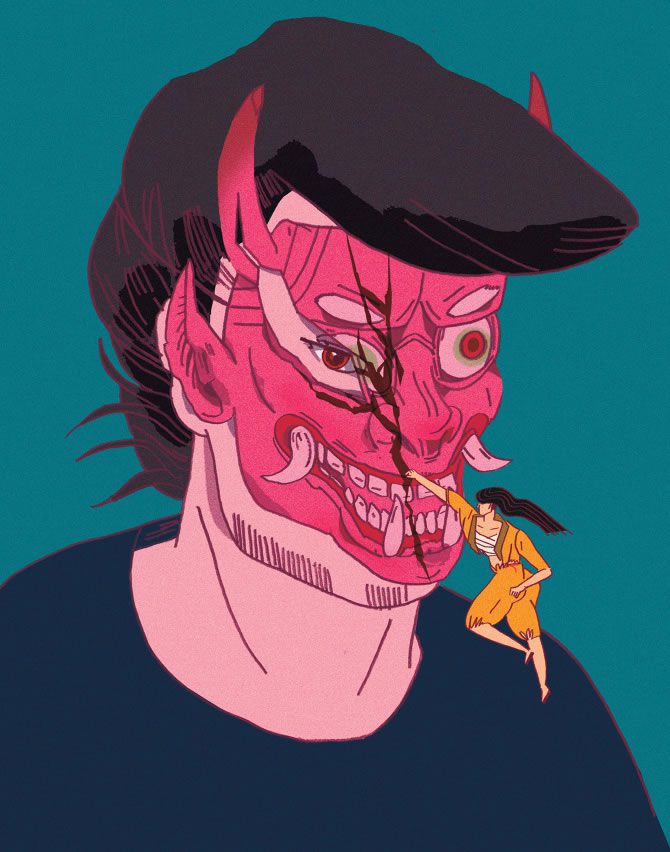 The Real You
For 1001 Knights Anthology.
Curated by Anii Stoll and Kevin Jay Stanton

Though trained in paint and other traditional media, Liv’s approach now is purely digital, which situates her as part of a new generation shrugging off old assumptions about process and embracing digital for the freedom and efficiency it affords. She’s also enthusiastic about the Toronto scene, which sometimes is slightly tarred by a perception of it as New York’s underweight cousin. 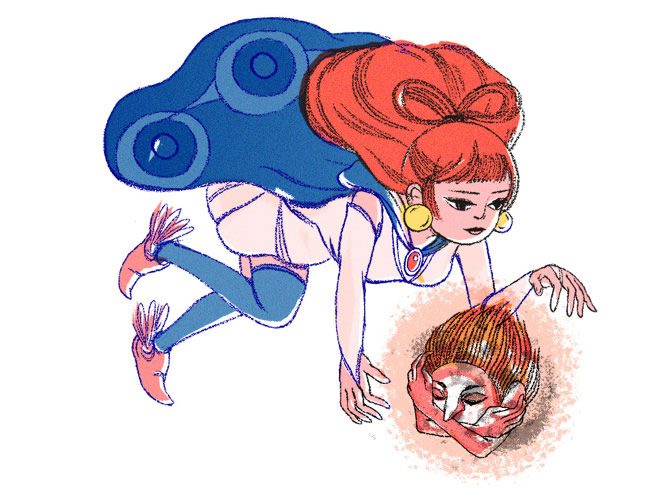 ‘It’s a wonderful environment not only for illustration,’ she says, ‘but also comics, indie game design and fine arts thanks to the venues and the community that make it possible. I have heard opinions about Toronto being a ‘small pond’ when it comes to finding opportunities, but I’ve always seen it as a place with incredible potential. If there’s a change I would like to see, it would be for the ‘nonbelievers’ to give Toronto more of a chance and encourage them to be more enthusiastic about the city they’re living in.’

Vibrant, earnest, multicultural, unselfconscious: it sounds like the perfect city for an artist like Jenn Liv. Long may it — and she — resist categorisation and boring self-regard. 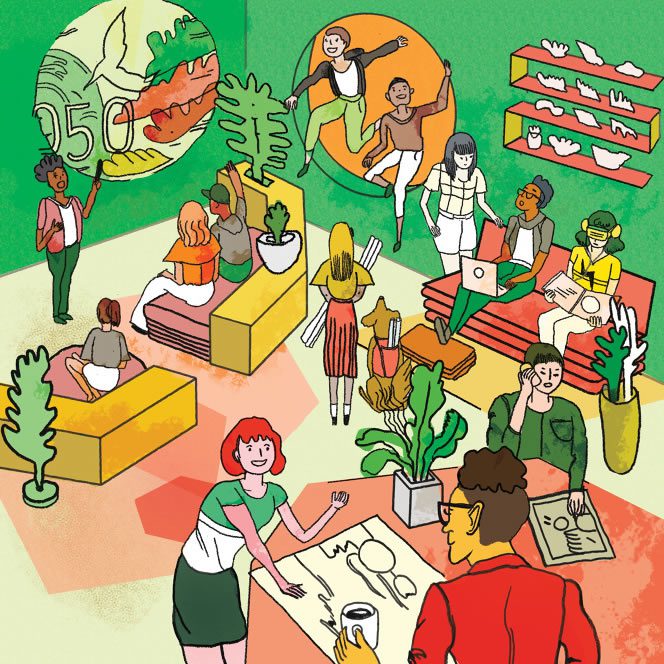 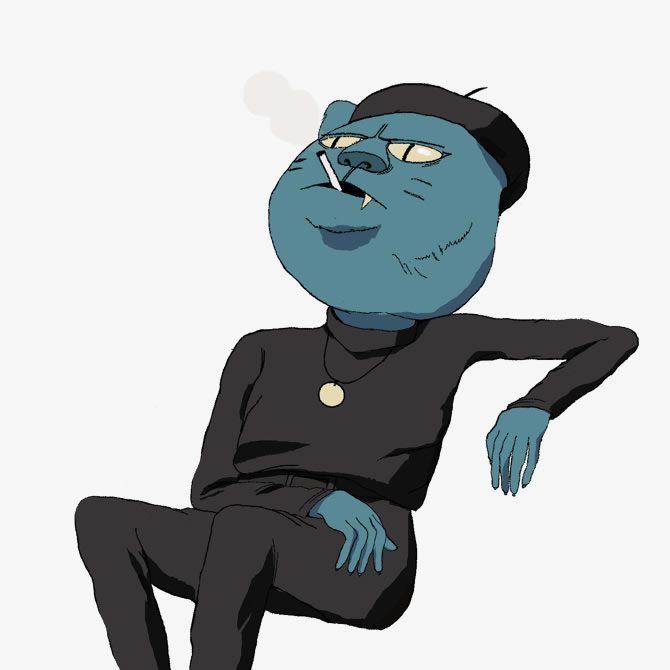 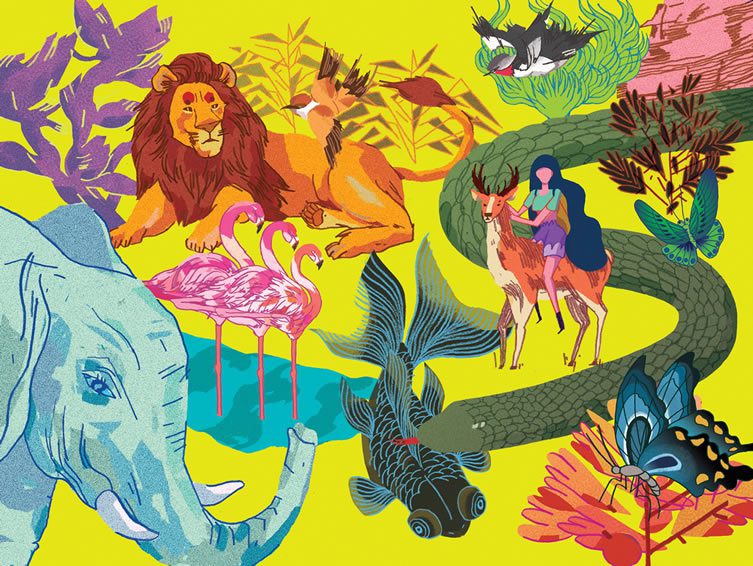