As a girl that isn’t partial to tight fitting sultry dresses, Marios Schwab has never really been my cup of tea. During his Autumn/Winter show though I found myself squirming to get a better look at the items floating down the runway. The Schwab girl is notoriously elusive and sexy but, now, in a way that I want to be.

Sleek leather coats and gloves that reached up past the elbow added an edge to a collection that would otherwise teeter on the edge of being too girly. Wide hats in luxurious deep plum, glittery embellishment on the neck and pockets plus a sheer skirt that in no way fell prey to the ‘sheer trend’ that has been so popular this past year. As if all that wasn’t enough, the show ended with the most mesmerising beaded dress – proving that, while Schwab can easily be worn in the real world, it is still fit for a fairytale. 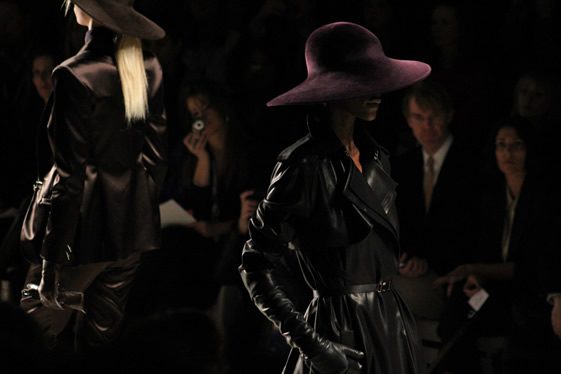 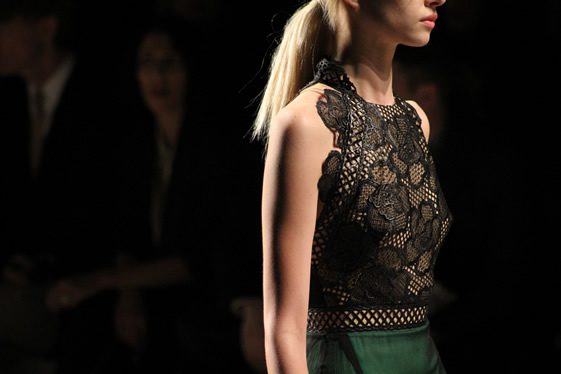 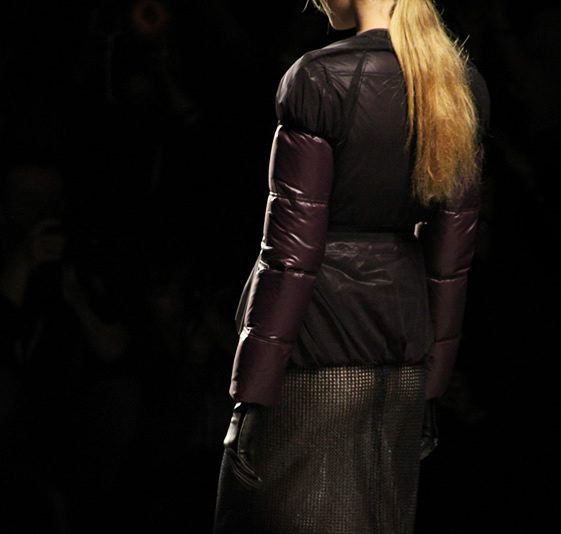 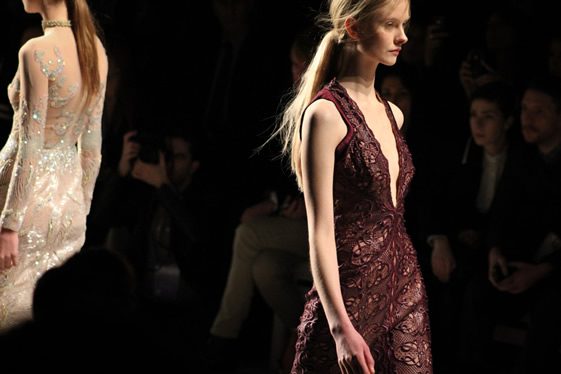 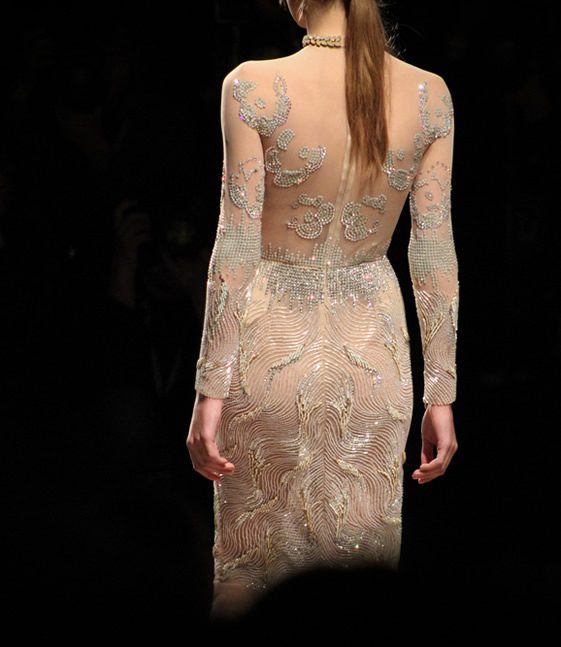 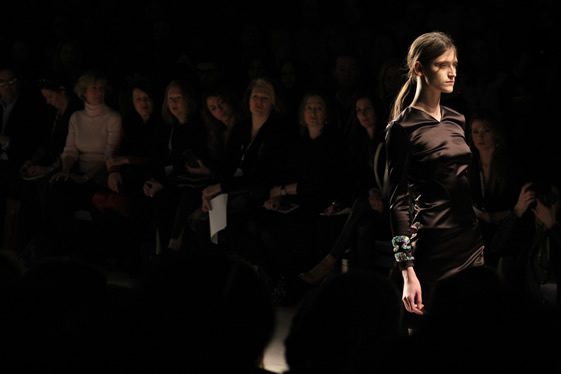 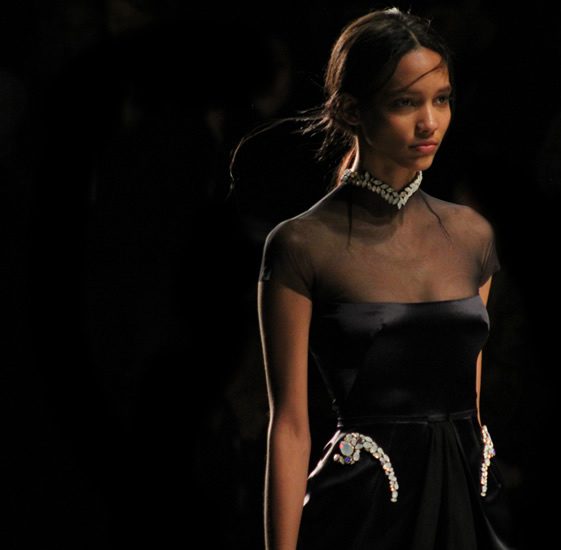 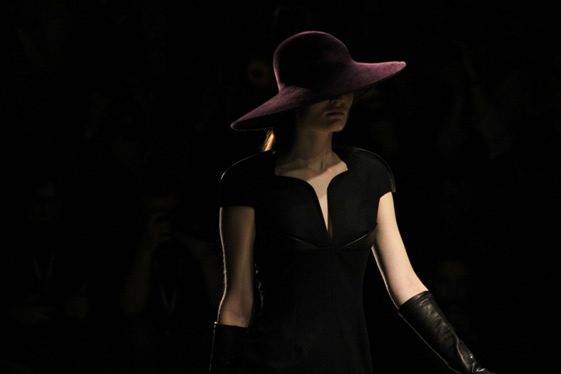 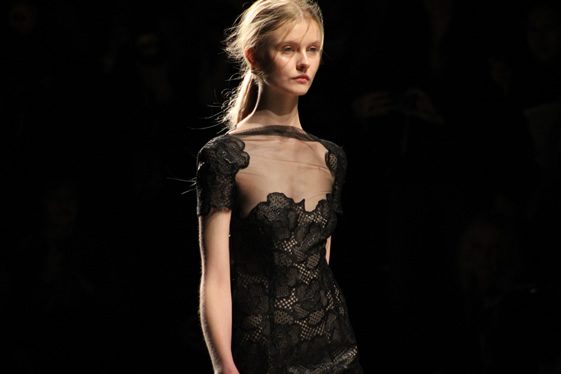