Written and researched by Verena Pfeiffer-Kloss with original photography by Nigel Green, the Berlin U-Bahn Architecture and Design Map from publisher Blue Crow Media is the latest title in its series of 20th century architecture guides. 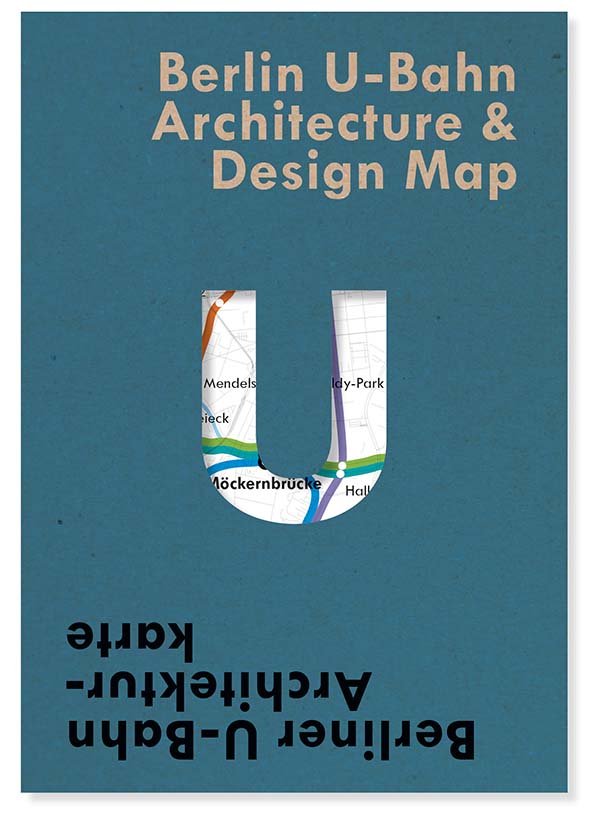 Having already highlighted Germany’s capital with the Brutalist Berlin Map and Modern Berlin, this guide takes readers on a journey of architecture and design across the city’s U-Bahn network from 1902 to 2009.

The mapped ode to U-Bahn architecture explores an extraordinary story of the social and economic history of Berlin in the 20th century, including the fact that of today’s 173 U-Bahn stations, half were built by 1930. Following this date, 70 were built in West Berlin, and only ten in East Berlin.

The two-sided, bilingual guide features a total 50 stations. Each presented with its own imagery and information, the easy to read map gets its reader effortlessly to each location. From Rosenthaler Platz to Richard Wagner Platz, the ‘ghost stations’ of East Berlin, to the colourful glazed ceramic tiles of stations such as Jungfernheide, the guide is designed to enlighten Berliners and tourists of both the history of the stations and their design details.

Extravagant tile patterns and typefaces adorn many splendid U-Bahn stations, with the works of architects including Art Nouveau- and Modernism-inspired Swedish architect, Alfred Grenander, and Rainer Gerhard Rümmler, whose stations showcase his Pop Art and Postmodernist influences, having had a distinct impact on their design throughout the 20th century.

The Berlin U-Bahn Architecture and Design Map, published by Blue Crow Media, is out now. 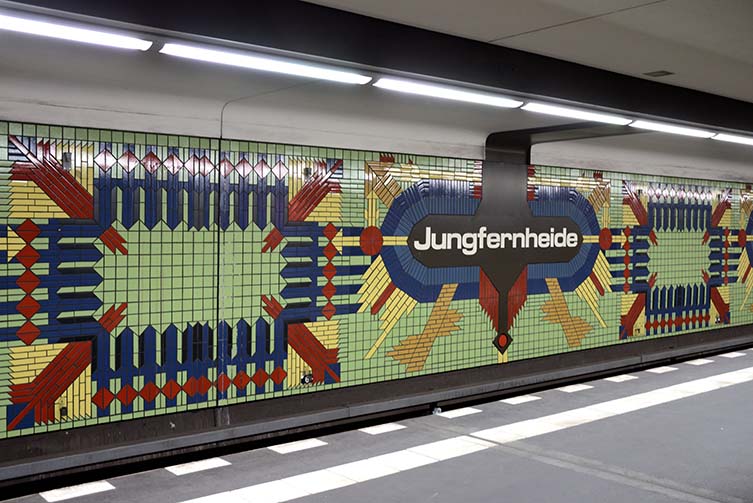 JUNGFERNHEIDE
1978; R. G. Rümmler
This West Berlin station differed conspicuously from the dilapidated S-Bahn station above, which belonged to the East German Reichsbahn. The tilework on the platform walls references the plan of the nearby Jungfernheide Park.
© Nigel Green for Blue Crow Media. 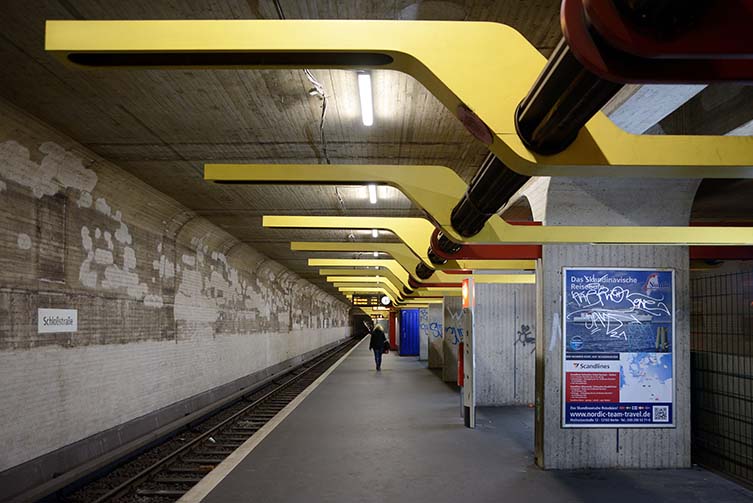 SCHLOSSSTRASSE
1974; R. Schüler, U. Schüler-Witte
This unique example of West Berlin Pop architecture, the first significant work by the architects of the ICC, is part of a five-storey ensemble, including three subterranean levels, topped off by the extraordinary “Bierpinsel” tower.
© Nigel Green for Blue Crow Media. 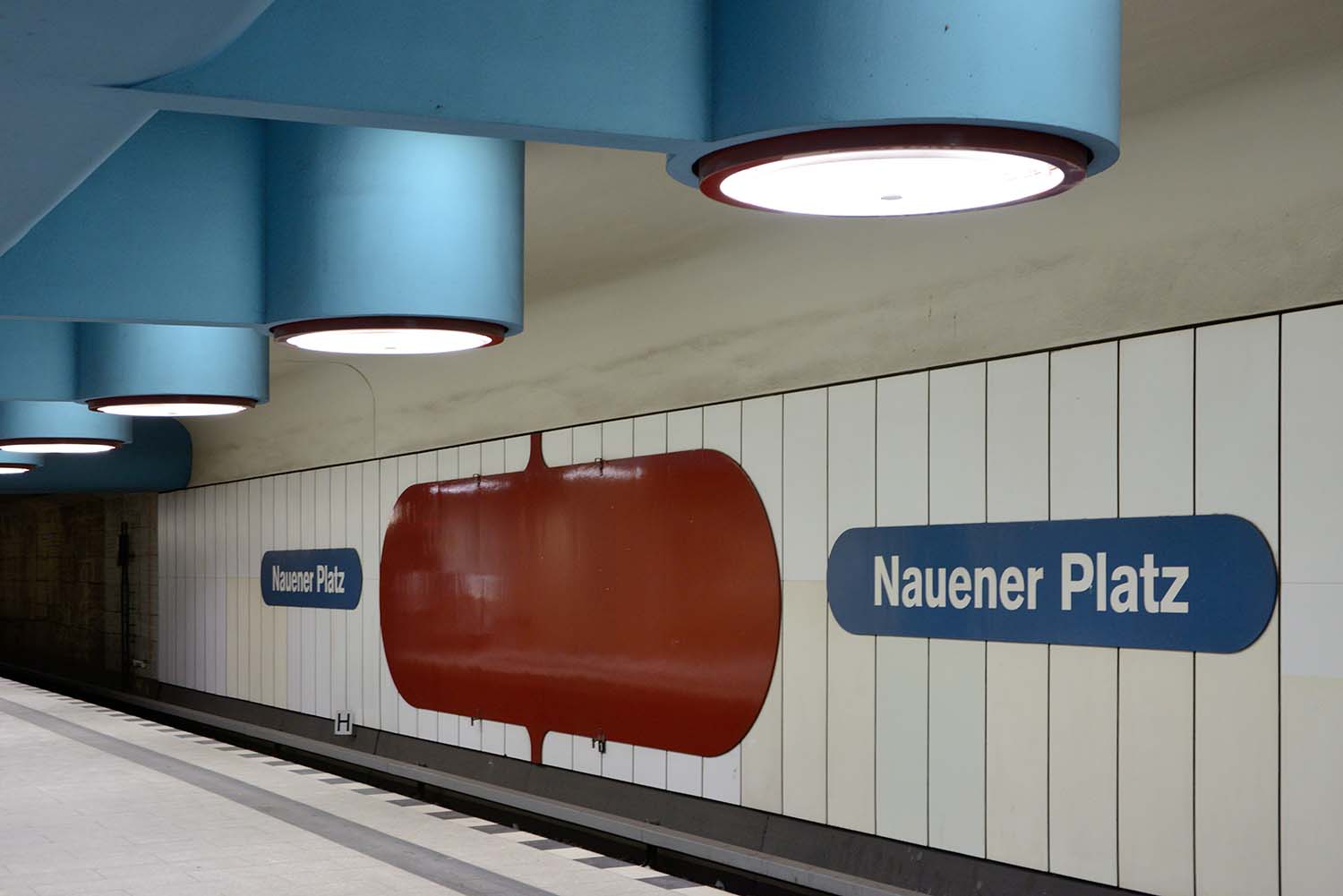 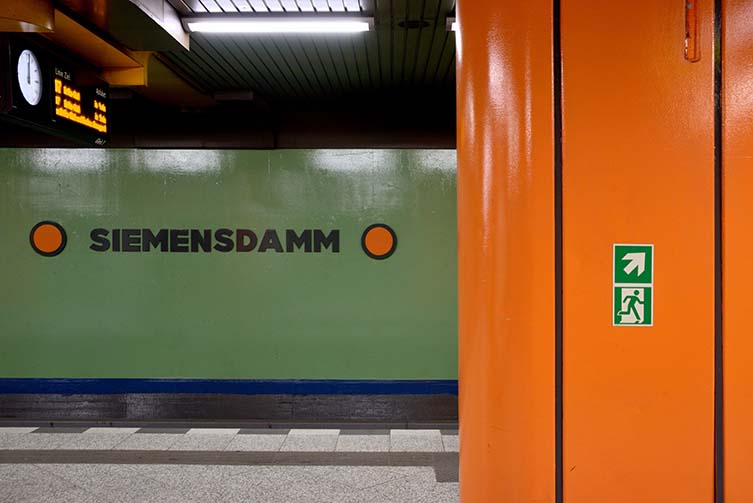 SIEMENSDAMM
1980; R. G. Rümmler
The history of Siemens is displayed in circuit board fashion on the platform walls featuring images of their products, factories and more. The slick design conceals the station’s additional use, like others, as a nuclear fallout shelter.
© Nigel Green for Blue Crow Media. 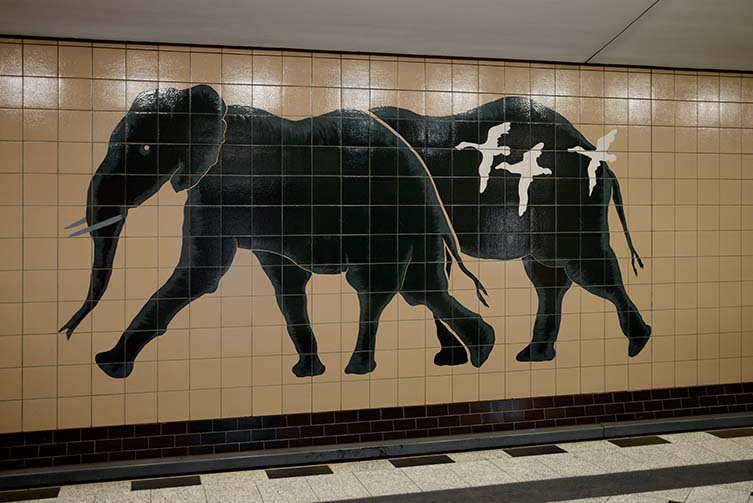 ZOOLOGISCHER GARTEN
1902, 1961, 1986; A. Grenander, B. Grimmek
The wonderful zoo-inspired painted tiles showcasing a variety of animals on the walls of the U9 platform hall date from 1987, the year of Berlin’s 750th anniversary and were a gift to West Berlin from the porcelain manufacturer Villeroy & Boch.
© Nigel Green for Blue Crow Media. 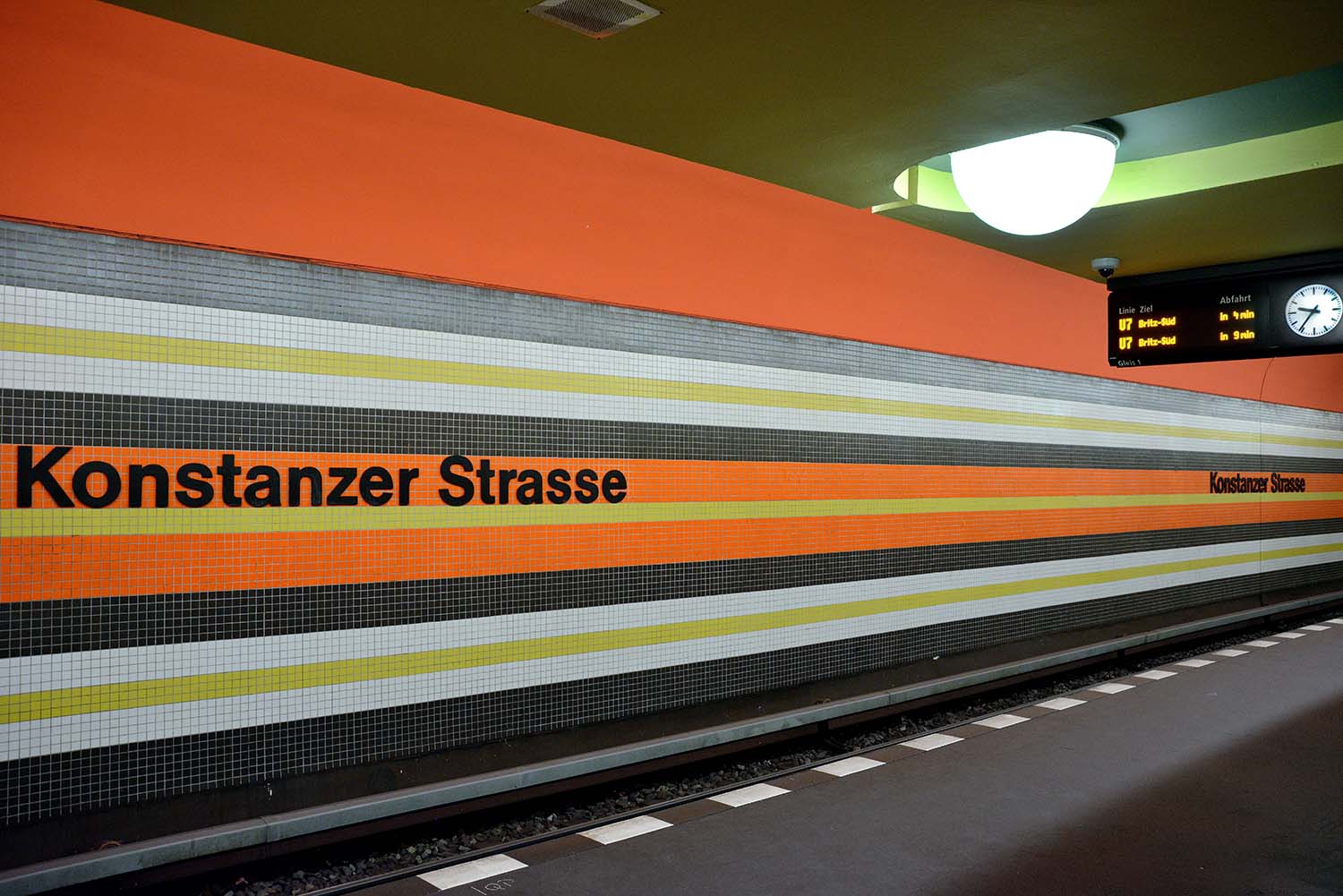 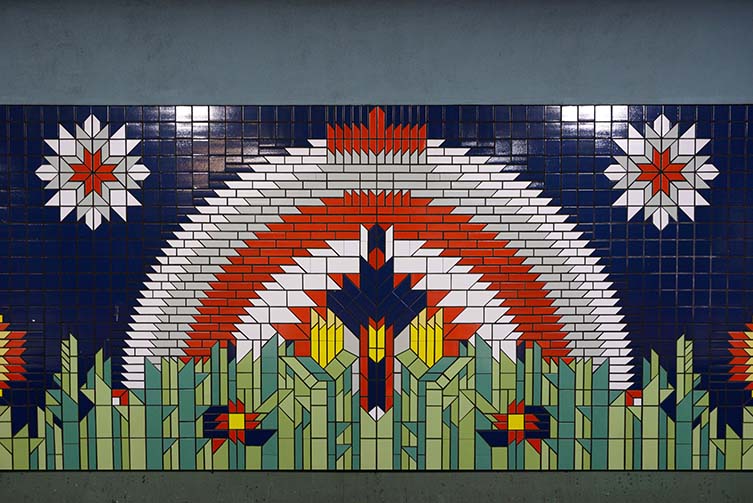 PAULSTERNSTRASSE
1984; R. G. Rümmler
A Rümmler conceived psychedelic fairy tale is presented at this West Berlin station as the backdrop for a magical carriage ride from Spandau to Berlin. The star-filled dream-like scene is Rümmler’s Postmodernism at its peak.
© Nigel Green for Blue Crow Media. 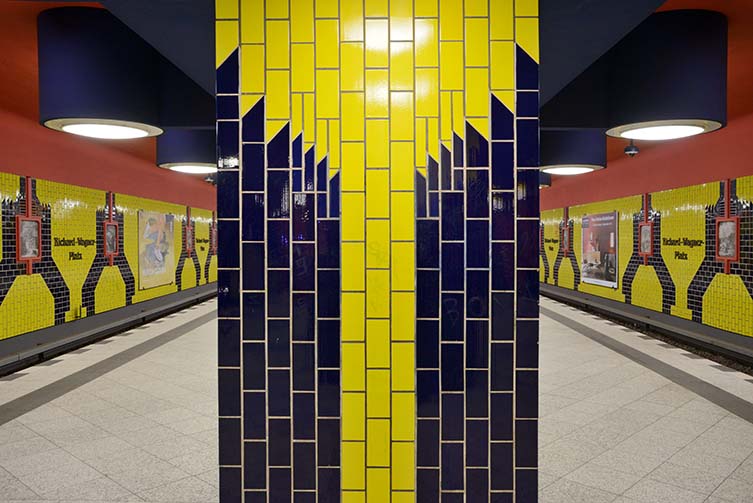 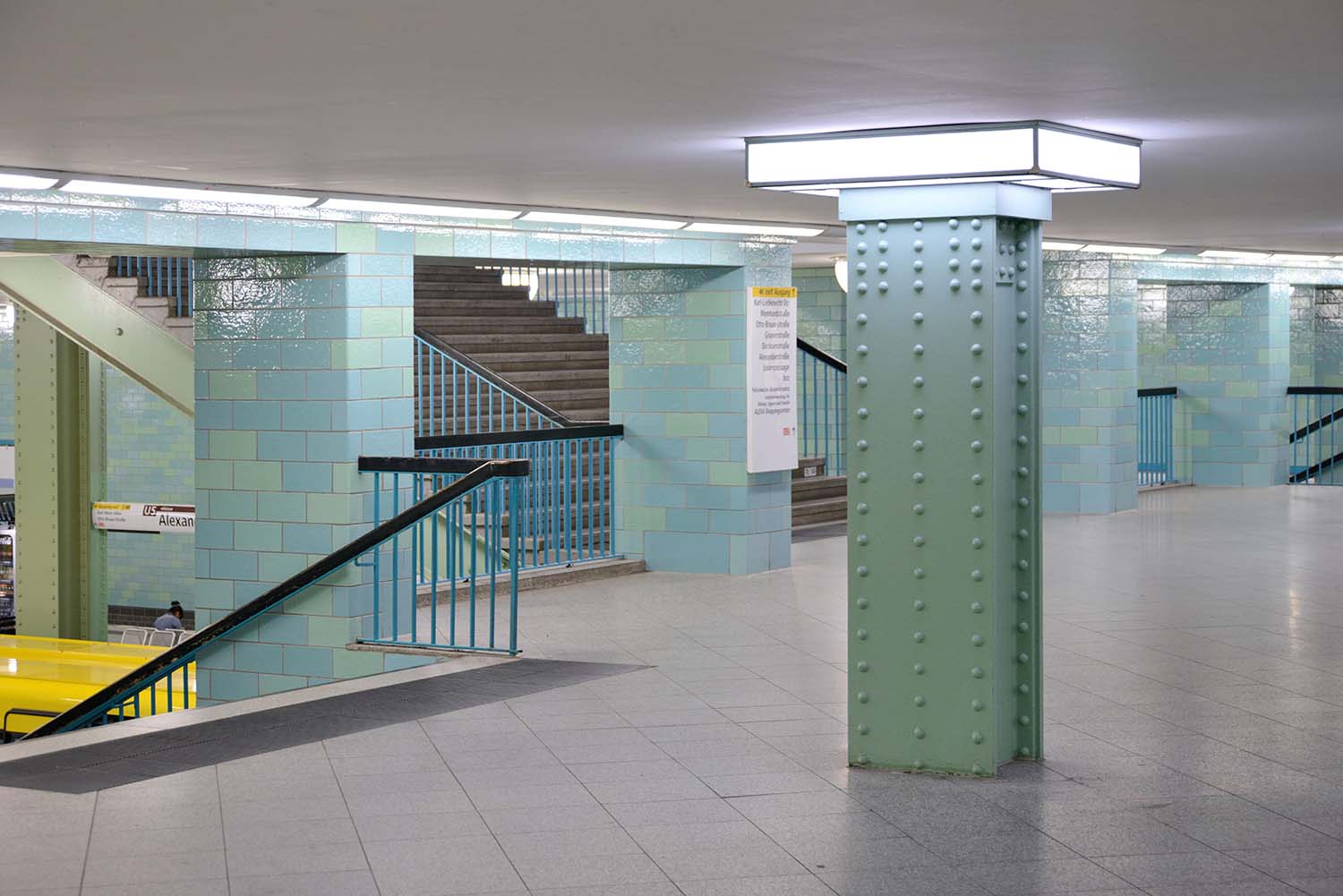 ALEXANDERPLATZ
1913, 1930; A. Grenander, A. Fehse
Grenander’s most important U-Bahn construction neatly displays an architectural transformation from reduced Historicism at the U2 platform to his later New Objectivity at the U5 and U8 platforms.
© Nigel Green for Blue Crow Media. 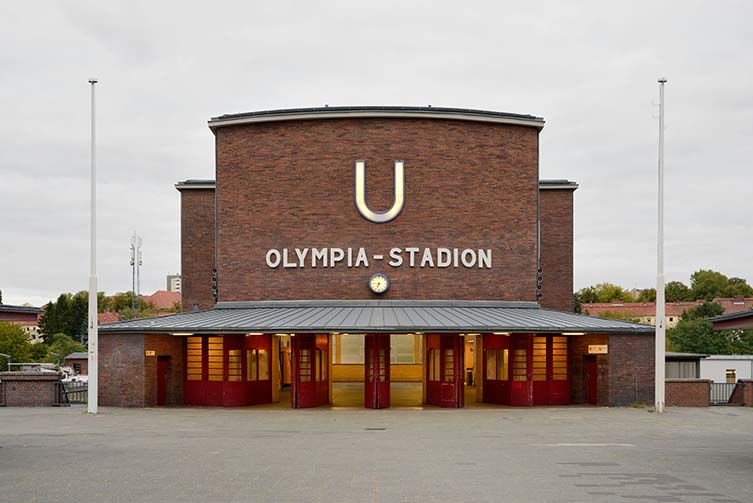 OLYMPIA-STADION
1930; A. Grenander
Its brick entrance pavilion modelled on the architecture of the London Underground, this above-ground station was built in the run-up to the bid for the 1936 Olympics. It once housed the largest signal box in Europe, and today is home
to the Berlin U-Bahn Museum.
© Nigel Green for Blue Crow Media. 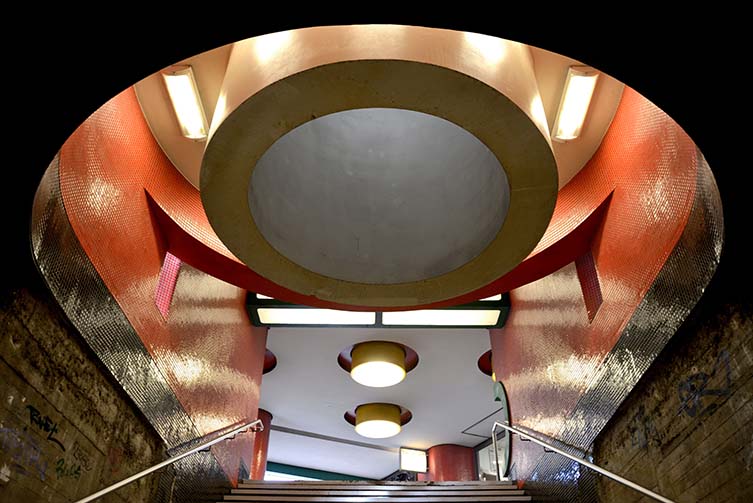 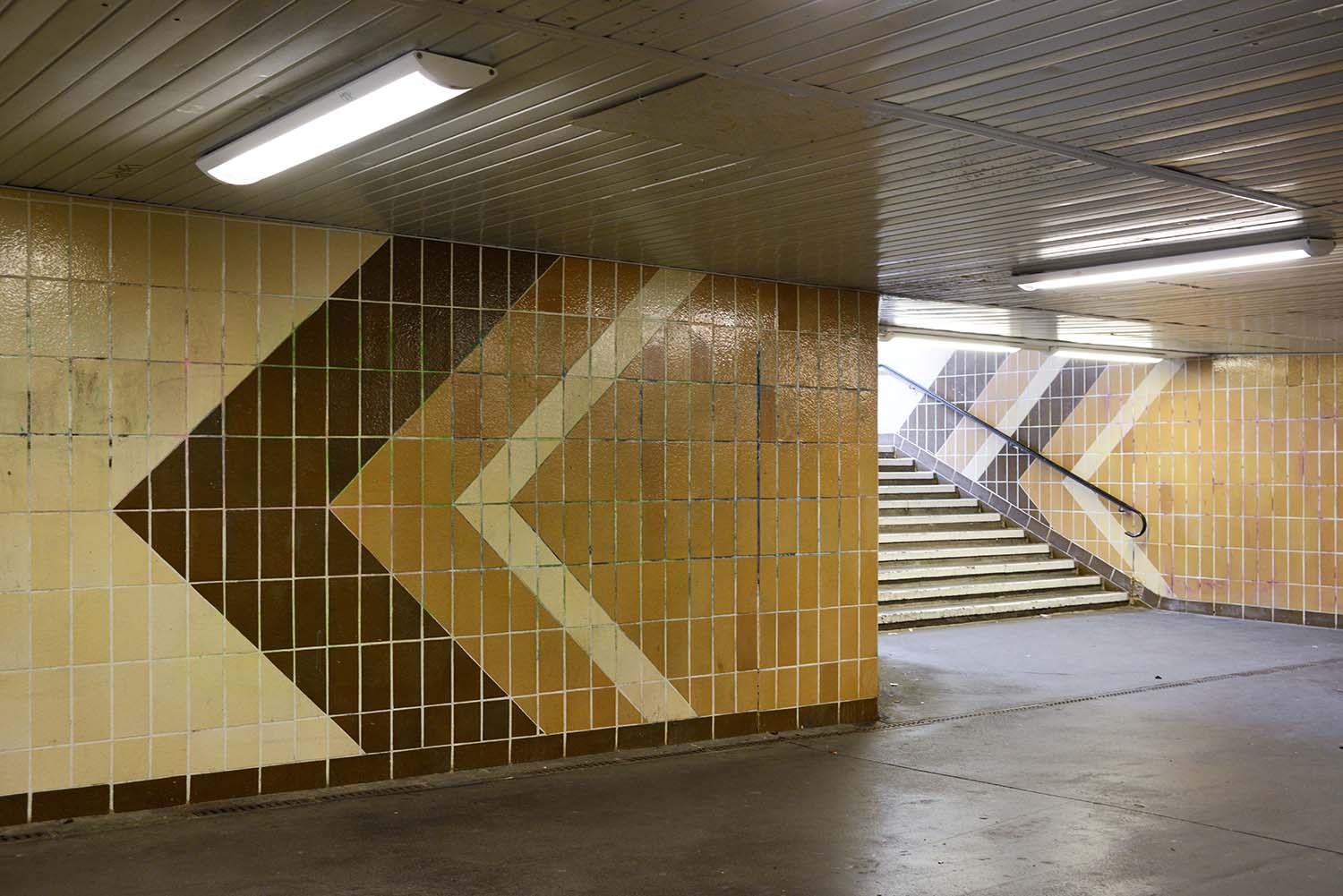 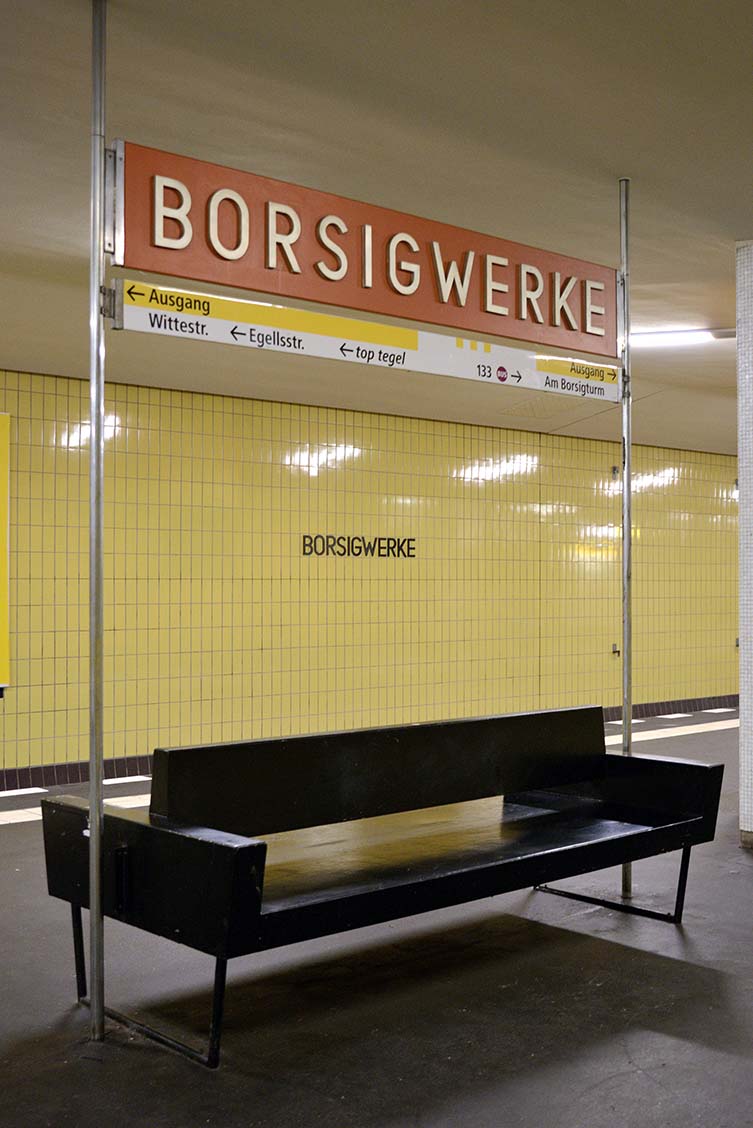 BORSIGWERKE
1958; B. Grimmek
One of the first stations to be built in West Berlin after WWII, this station features a pastel colour palette, butterfly ceilings, and modest wooden and aluminium platform furniture, all signifying a new beginning in the divided city.
© Nigel Green for Blue Crow Media. 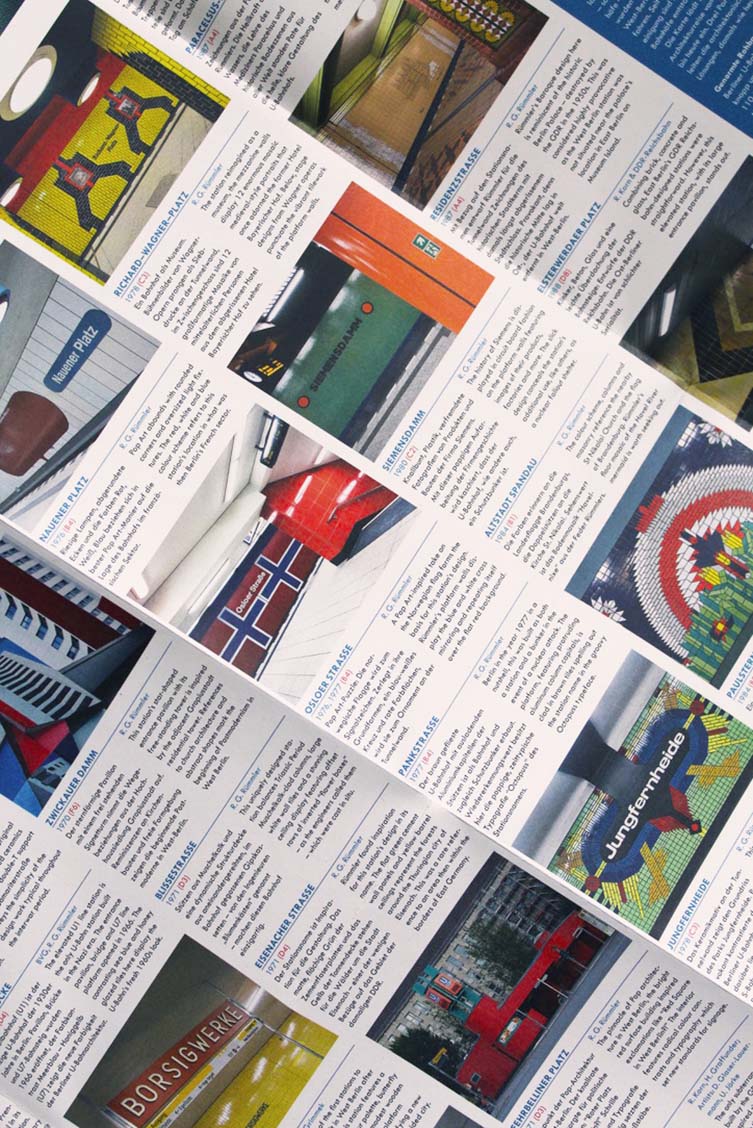 The Berlin U-Bahn Architecture and Design Map, published by Blue Crow Media, is out now.