In mid-September 2008 the world awoke to the news that the previous stable investment bank Lehman Brothers had collapsed; setting in motion a chain reaction of events that would later be known ominously as the ‘global financial crisis’. It was the worst economic crash since the Great Depression of the 1930s, and it looked to have decimated a number of industries and markets. One of the biggest losers from the crash was the luxury market, which had previously been booming. 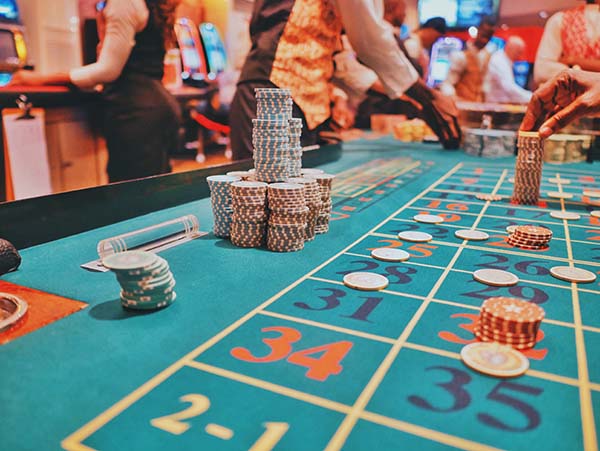 After years in the wilderness, though, the luxury market is finally remerging from the shadows—the global personal luxury goods market expanded to 260 billion euros in 2018, with similar growth forecasted for this year—with one surprising industry in particular leading the charge: gambling, citing the source CaptainGambling.com.

Unique in that it actually prospers in times of economic downturn, the industry has used the past decade to cement itself as a leader in luxury goods, services and experiences.

Unlike other industries, gambling has had to do very little in order to market itself as a luxury pastime, Hollywood and popular culture has been working on its behalf for decades instead. Bond has been glamorising gambling for more than half a century, painting a luxurious picture for the industry at large. In reality, luxury is fairly tricky to come by in the world of gambling. There is certainly nothing glamorous about the 140 land-based casinos in the United Kingdom. A food menu with a dedicated section to ‘toasties’ hardly screams ‘luxury’. Instead, luxury gambling is something oft-confined to three main locations: Las Vegas, Macau and Monte Carlo. 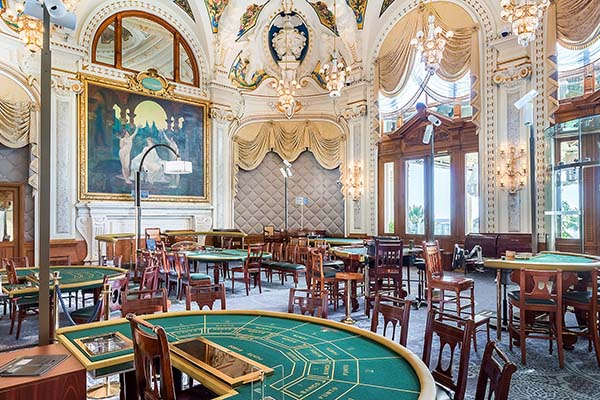 Casino de Monte-Carlo is perhaps the world’s most iconic; a gambling and entertainment complex located in high-rolling Monaco with all the glitz and glamour of Hollywood’s golden era. 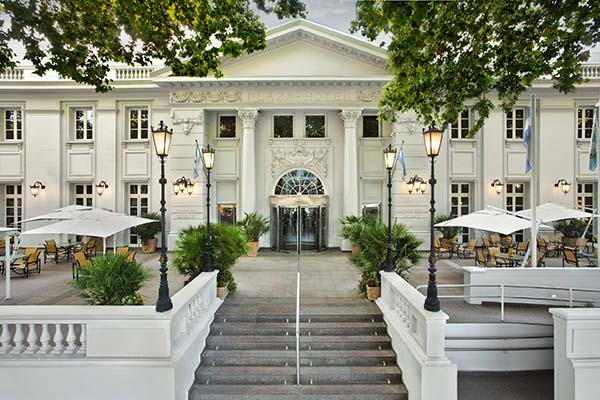 The Park Hyatt Mendoza Hotel Casino & Spa is a prestigious five-star hotel with a beautifully restored 19th century Spanish colonial façade, located in one of the great wine capitals of the world. 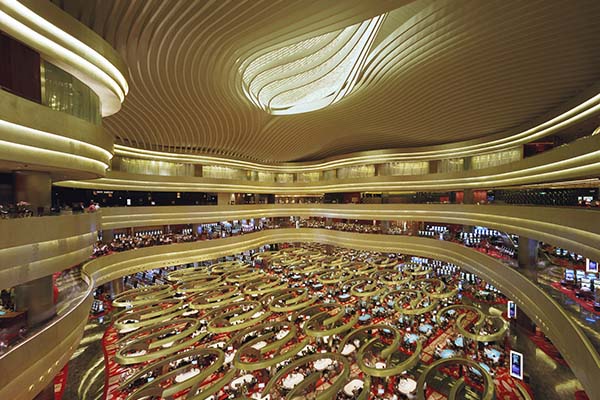 Marina Bay Sands Singapore boasts the world’s largest rooftop infinity pool (some 57 floors up), award-winning dining, and a wide range of shopping and entertainment options in an expansive and iconic series of structures. 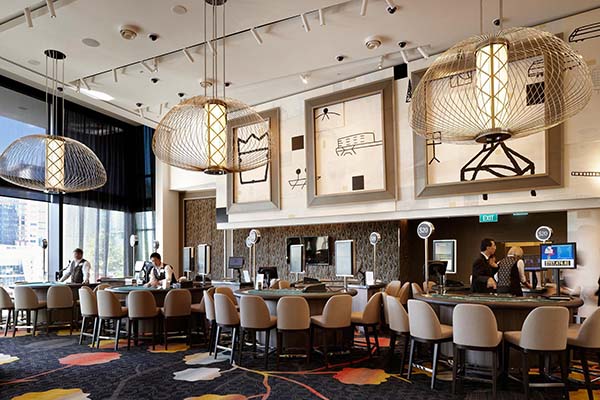 Crown Melbourne is a swanky casino and resort located on the south bank of the Yarra River, home to a number of high-end dining options, including Dinner by Heston Blumenthal. 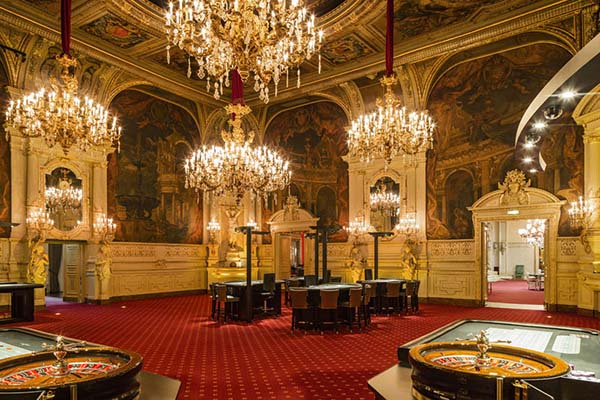 Kurhaus of Baden-Baden, on the outskirts of the Black Forest, is a grand old casino whose main structure was designed in 1824, of which Marlene Dietrich declared “the most beautiful casino in the world”. 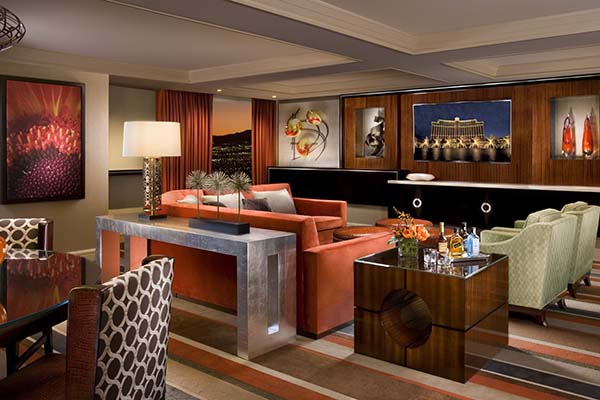 The Bellagio Hotel and Casino, Las Vegas. Set behind the famous Fountains of Bellagio, this luxury Strip hotel and casino is world-renowned for its upscale elegance and blockbuster appeal.

These hubs of big-time gaming pride themselves in appealing to society’s elite, gamblers who would not bat an eyelid at wagering an average yearly salary on the throw of a dice. For these customers the red carpet is regularly rolled out, and it leads to a world of complimentary games, accommodation, food and entertainment. But, with the growth of online gaming (the 12 months spanning April 2017 to March 2018 saw the UK’s online gambling revenue hit £14.4 billion), even UK bingo sites have begun muscling in on the luxury gambling market, offering their online customers exclusive VIP memberships. With bingo especially popular game in the UK, a number of bingo affiliates sites have also been set up to provide potential players with the opportunities to compare at a glance all the available offerings from various bingo operators. Who said bingo night couldn’t be glamorous? Well…

VIP memberships maybe one thing, but blue rinse grannies might be out of their depth in the spiritual home of gambling. Like most other industries within the luxury market, it is often characterised by excess in experiences or services that would otherwise be out of the realms of purchase. Las Vegas is the home of the luxury gambling experience, and in the Nevada city this is frequently referred to as a comps service; short for the ‘complimentary services’ given out to certain VIP customers at the discretion of the specific casino. All of the major casinos on the Vegas strip have a series of casino hosts, whose job it is to attract wealthy customers—characters who will often seek out some of the wealthiest individuals in the world and invite them to their casinos with the promise of an enticing ‘comps service’.

Today, casino hosts are like personal high-end salesmen, accompanying guests everywhere in the casino and being on call to fulfil their every need. No matter how debauched. The most common comps service offered is access to prestigious gambling tables or events that would otherwise be off limits to the general public. Casinos will regularly host high-roller poker events which are invite-only, as they regularly facilitate buy-ins of millions of dollars. At the lower end of the scale, players will be offered free alcohol and food whilst inside the casino. 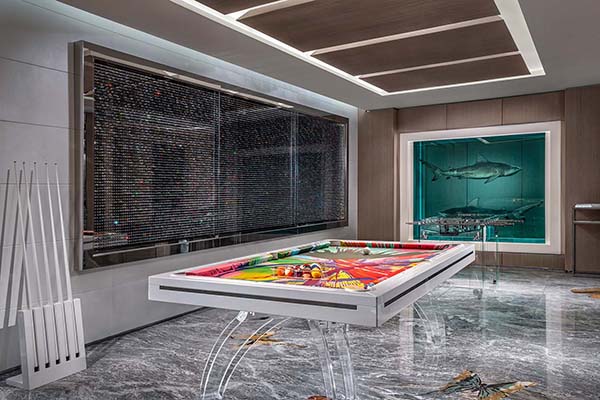 Damien Hirst’s Empathy Suite ‘Sky Villa’ at the Palms Hotel, Las Vegas, will set you back almost £80,000 although is reportedly free to guests with over a million dollars of credit at the resort. The minimum stay is two nights. It is extravagant, expansive (some 836 square metres), boasts its own gym and looms large over The Strip. It is also a living, breathing work of art by the world’s richest living artist.

The higher your spend, though, and the more prestigious your comp services become. Accommodation in the most exclusive suites is offered along with paid-for spending sprees in designer outlets. Some casinos are also in partnership with some of the world’s most famous sports, music and film stars. Evenings, receptions and even golf days with these celebrities are sometimes offered to customers in the way of comps.

Casino hosts will usually seek out folk with publicly high amounts of personal wealth or prestige. The host will use contacts to reach out to these individuals and offer them tailor made comps packages. If you don’t fall into this category—like most mere mortals—you are encouraged to obtain a membership card which tracks your spend with a certain casino. These figures are regularly monitored by the casino and their hosts, and once you breach a certain threshold you will be eligible for comps. As soon as your spend breaches the thousand dollar mark, expect to be showered with free food and drink. But you’ll have to rack up a spend well into the tens of thousands before you’re considered worthy enough to be offered the most exclusive packages.

Like most things in the luxury market, gambling is a matter of personal opinion. For those that are eligible for luxury gambling perks, the money spent to obtain them is a relatively small amount, albeit well out of the realms of possibility for the average Joe. Many of the comps and by-products of luxury gambling are experiences that it would be hard to attribute a monetary value to. How do you possibly value playing at one of the most exclusive poker tables in the world? Or playing a round of golf with the biggest name in the sport? For those who are lucky enough to have the wealth to enjoy these comps, they would surely see it as money well spent. The rest of us however, are left to dream… 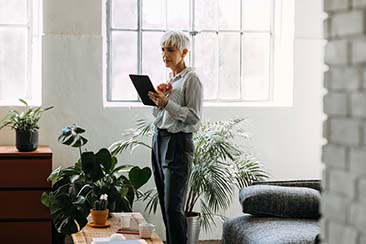 When it comes to chic home design, it's often just the little something extra that gives your interiors the wow factor...

When it comes to your home design, you might want to give yours a little something extra. It might be the case that what you have right now is good, but you want something that is even better! Of course, this is entirely going to depend on your... 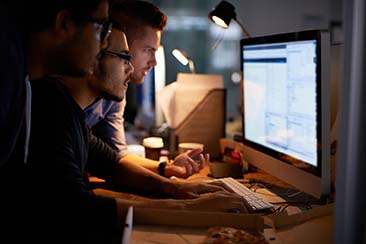 From trust and credibility to building a better user experience, here's why your business needs SEO optimisation...

The need for SEO optimisation is increasing. As consumers use the internet for almost everything and the market becomes highly competitive, even the most traditional businesses understand that they need to accelerate the shift to digital. SEO... 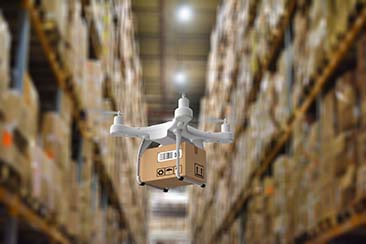 From the advantages of drone delivery to robotics in warehouses, this is the future of ecommerce delivery...

Anyone who has ever ordered a product online knows that what's known as the last mile of delivery can often be the most frustrating. Packages get lost, damaged, or delayed, and it can be hard for companies to keep track of their inventory. For... 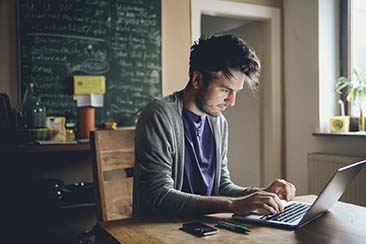 How to find the best paper writer service in 2022: tips for students

This question is the most common one among students before hiring a writer to help them with their assignments. Writing academic papers is an important yet challenging aspect of being a student, as practically every student knows. Throughout your...