Photographer Harvey Stein‘s eighth book has been released by publishing house Kehrer Verlag marking Mexico’s Independence Day (celebrated annually on 16th September), and showcasing a body of work from the New York-based veteran shot between 1993 and 2010. 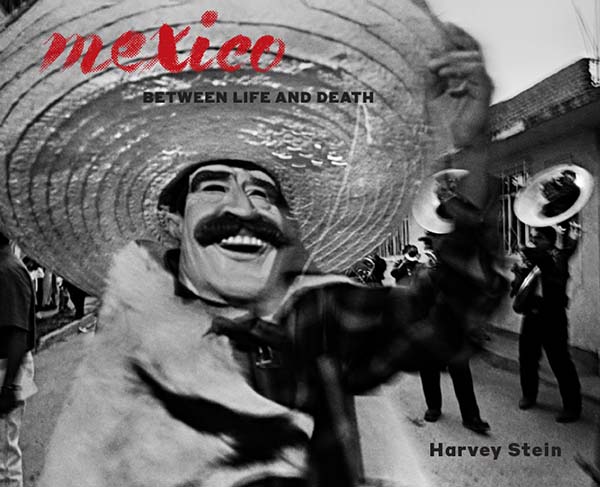 Mexico Between Life and Death is an expression of the photographer’s appreciation of the people, traditions and culture of Mexico. Brimming with some 157 black and white images over 176 pages, the majority of Stein’s images have been captured in small towns and villages during the country’s many festivities—Independence Day, Easter, and Day of the Dead—highlighting the Mexico’s unique attitude towards death, myth, ritual and religion.

Stein, a lecturer on photography in the United States and abroad, as well as esteemed teacher at New York’s International Center of Photography (ICP), explores the disparities of a country so close in terms of geography to the States, yet so far in terms of culture—focussing on its contrasts and contradictions. Light and shadow. Its religious beliefs and corruption. Deep tradition acted out in rapidly changing times.

“I have never been disappointed with what I found,” he explains, “a vibrant, friendly, emotionally available, sometimes raw land where a stranger is looked upon with curiosity and warmth.” The photographer moves around Mexico as a romantic wanderer, ready to pounce on explosive moments of action; equally adept at capturing beauty in the stillness. “I walk down small cobblestone streets that are unknown to me. I react and photograph intuitively. When in Mexico, I am dizzy with new experiences and free to go anywhere and to do anything. The feeling is of endless possibilities. I am restrained only by my own limitations.”

It’s easy to be allured by one of Earth’s most fascinating countries and people. A country with a reputation for danger, yet an embarrassment in riches of culture. In Mexico Between Life and Death, Harvey Stein documents grittiness and light, charm and contemplation. 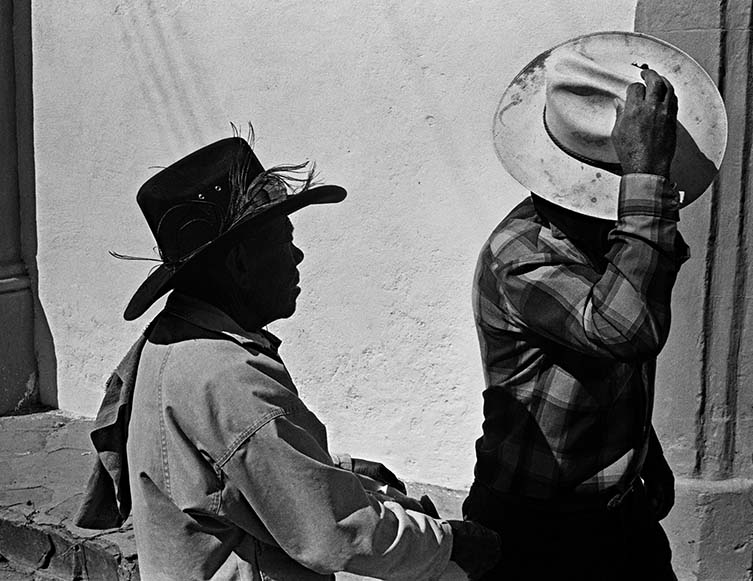 Profile of Man with Sombrero, Zitácuaro, 2007 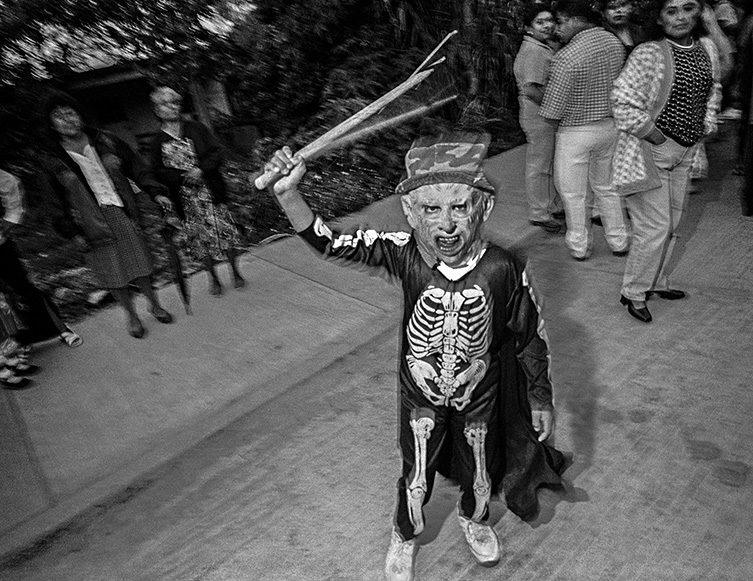 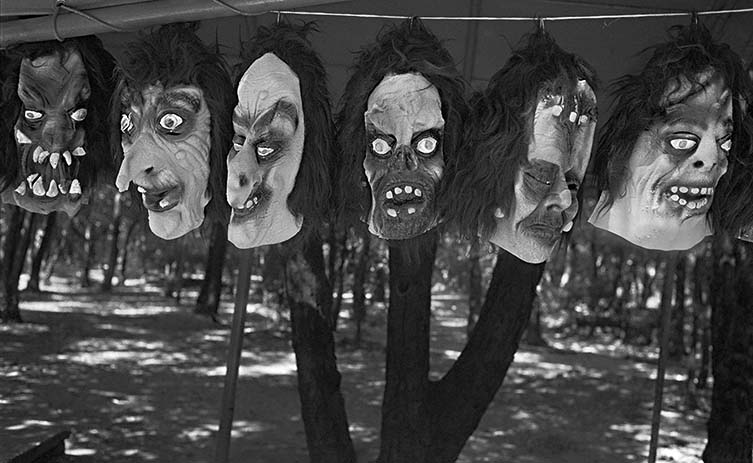 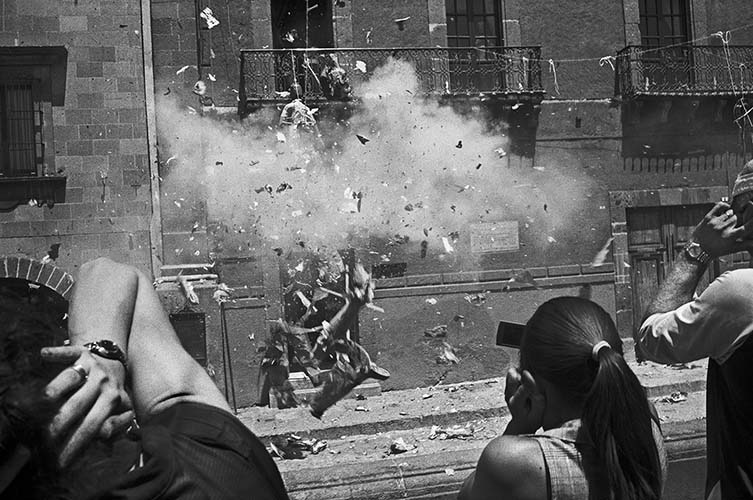 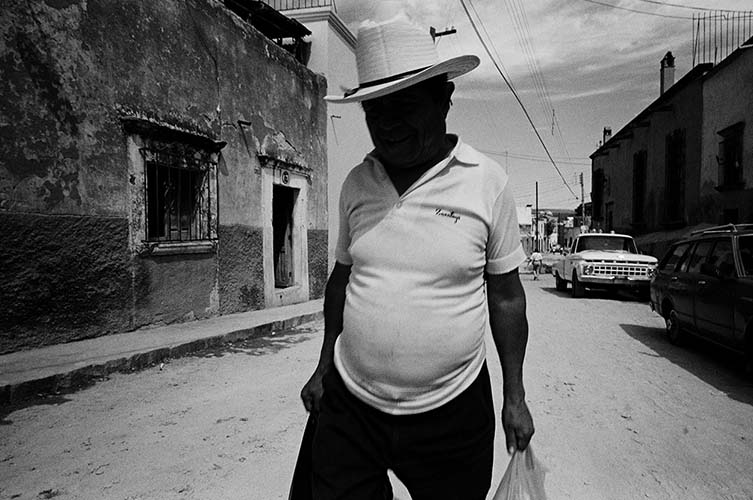 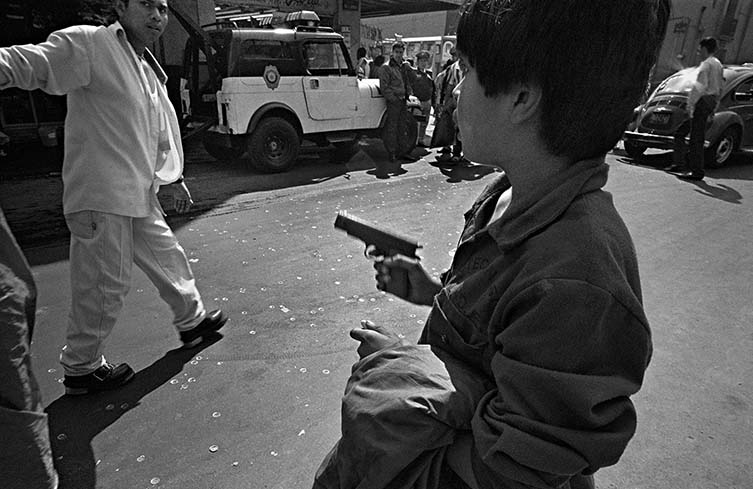 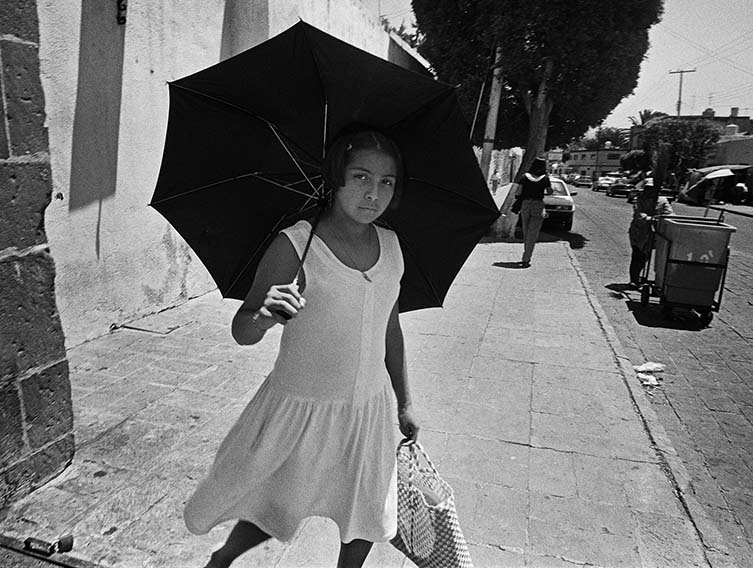 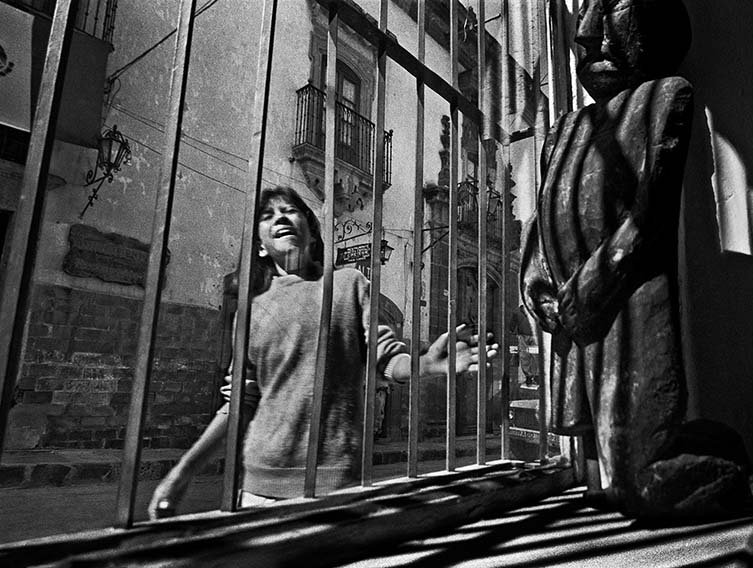 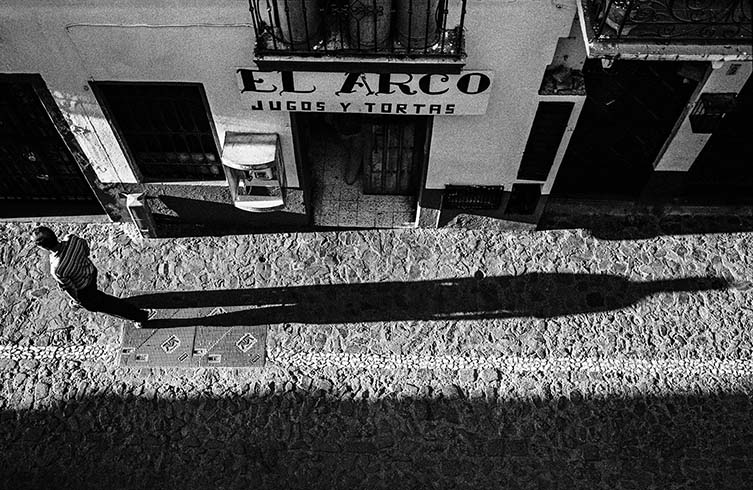 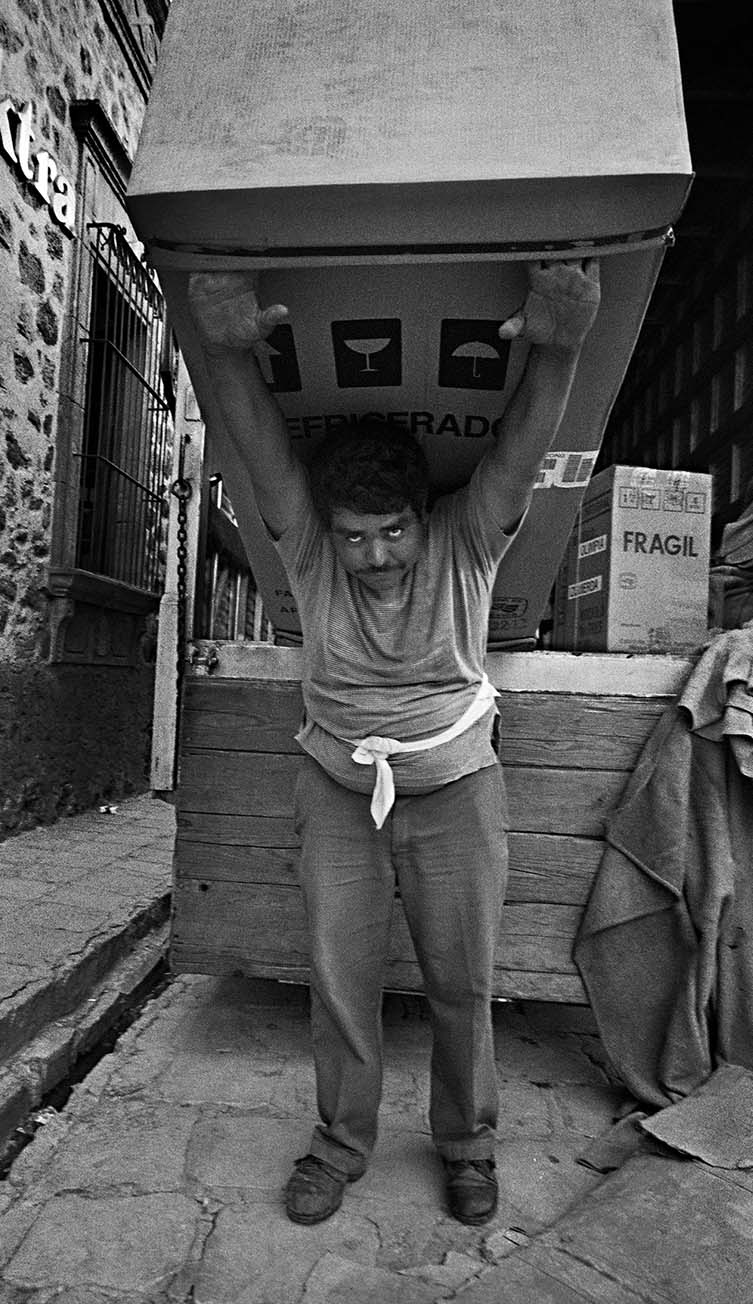 Man with Huge Carton on His Back, San Miguel de Allende, 1995
All images are copyright Harvey Stein from the book Mexico Between Life and Death published by Kehrer Verlag. 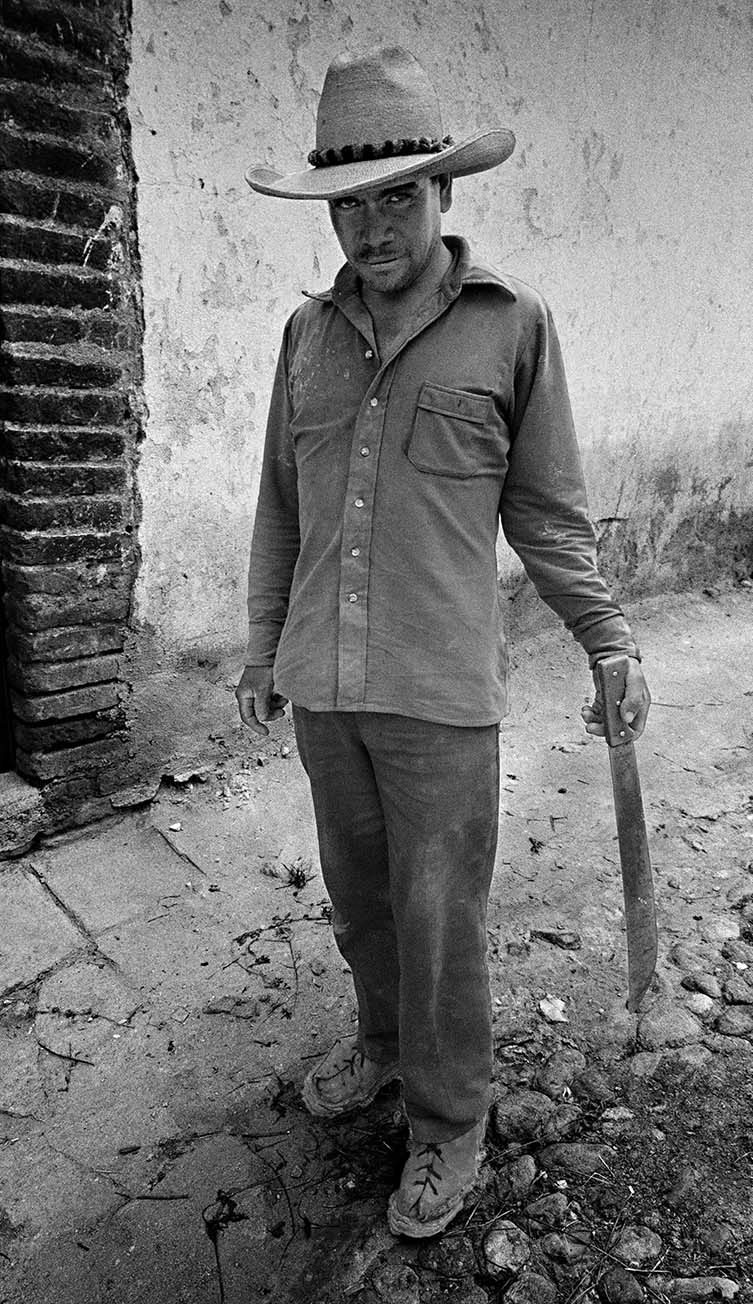 Focussing on oft-unseen world of naturism, Naked Britain is British photographer Amelia Allen’s first publication. Shot over a two-year period, it documents members of the British Naturist Society going about their lives within their community. It... 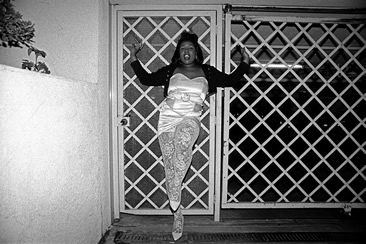 It is just as you might have expected; American streetwalkers look nothing like Julia Roberts did in Pretty Woman, but quite a lot like the assorted collection of wastrels locked up in the holding cage in The Shield. Both of those scenarios are...