Behind the doors of a neoclassic Moscow building, fans of craft beer will find the redesigned Galaxy Bar and Bottle Shop—a bright monochrome space that Russian design firm Monoloko say “facilitates a release of the mind and the expansion of human perceptions, as if walking onto a non-objective art canvas.” Which is a deeper concept than most beer haunts dare employ. 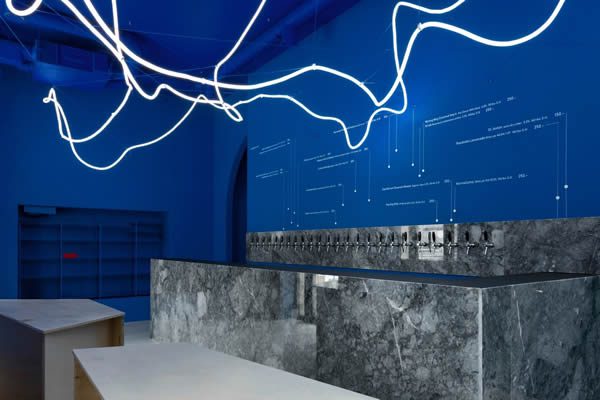 “Colour has great influence over human perception and has an extraordinary ability to influence moods and emotions,” Monoloko continue, the studio having approached the project for Zagovor Brewery by referring to elements of ‘Russian Cosmism’ and ‘Suprematism’; creating an evocative atmosphere that fosters a sense of freedom and imagination.

Bright and bold, the Moscow craft beer shop’s azure monochrome interior and geometric forms foster an otherworldly sense; the imaginative and abstract environment leading beer fans into a limitless universe via the creation of an undulating spatial light installation. Allowing its patrons to peruse and booze free from beery norms and conventions, Galaxy is far from your average bottle shop—its 75 sq m footprint filled with inspiration and imagination by the Moscow-based design studio. 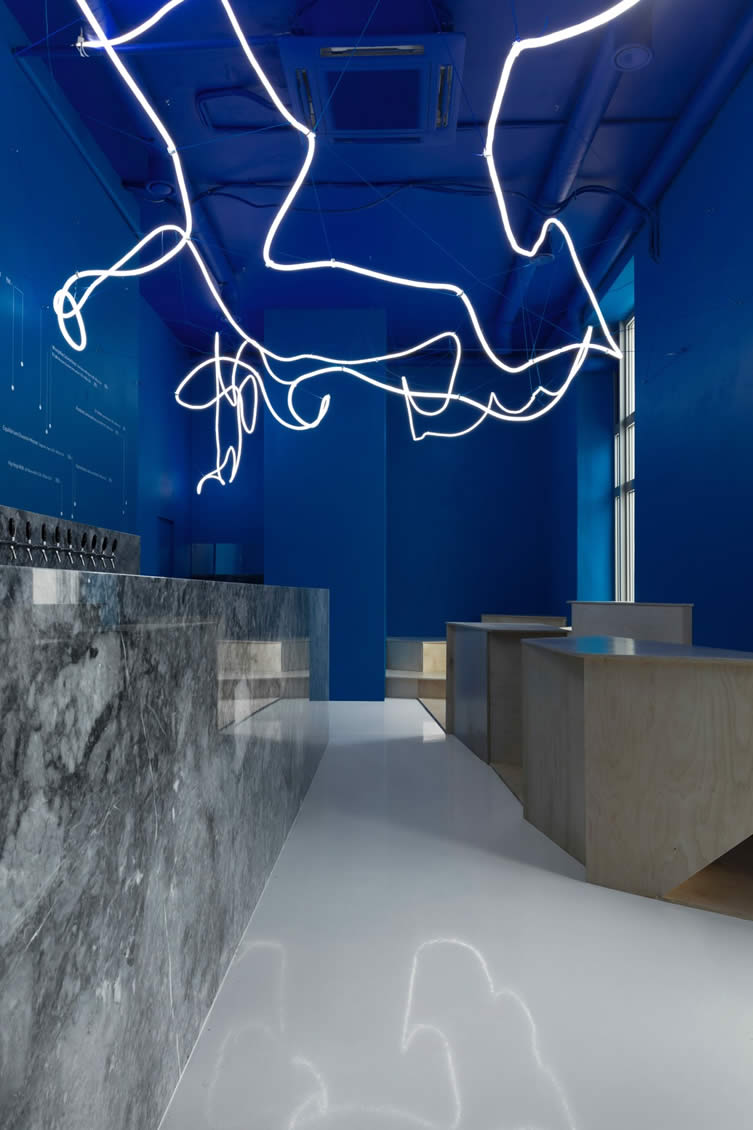 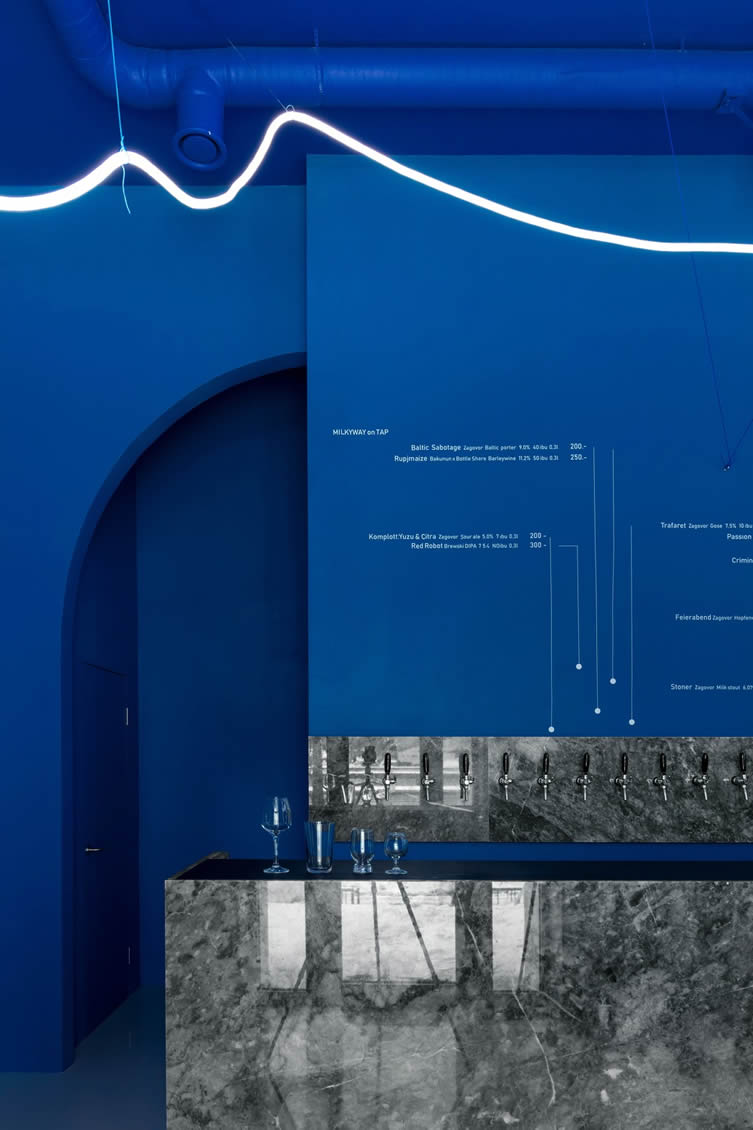 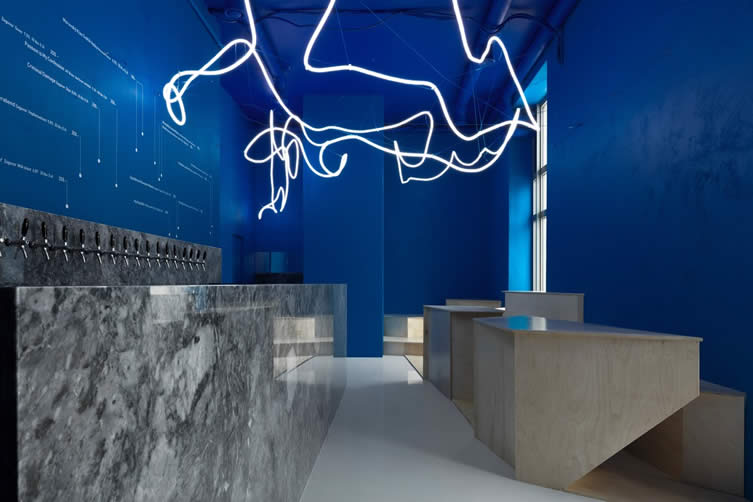 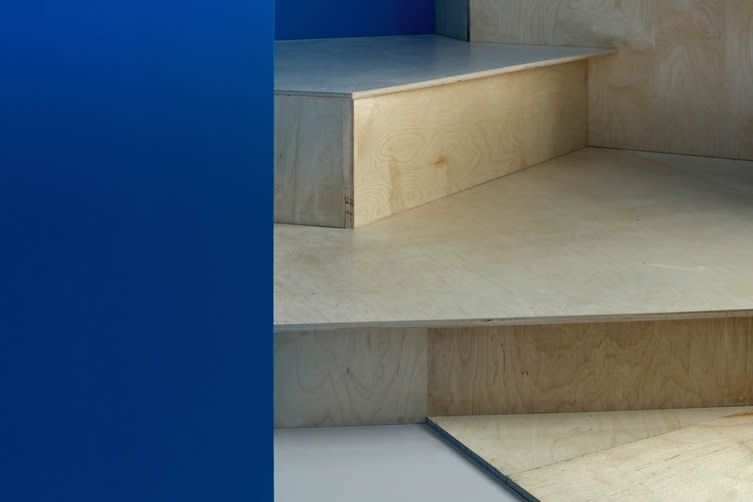 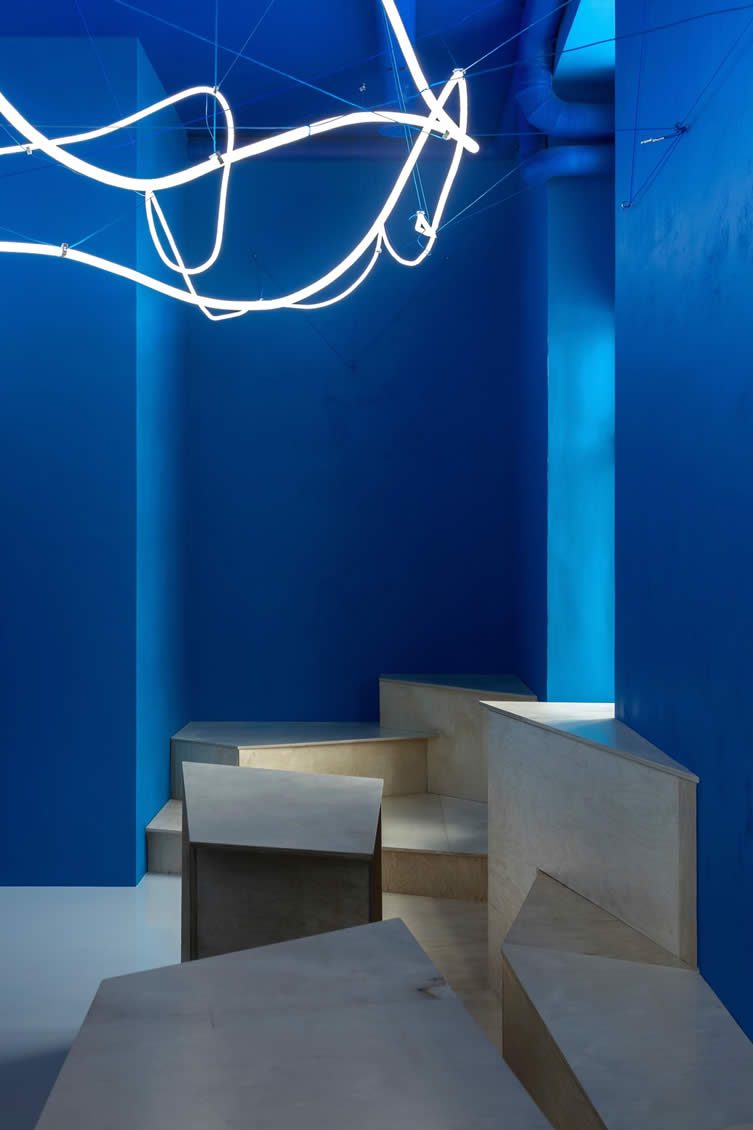 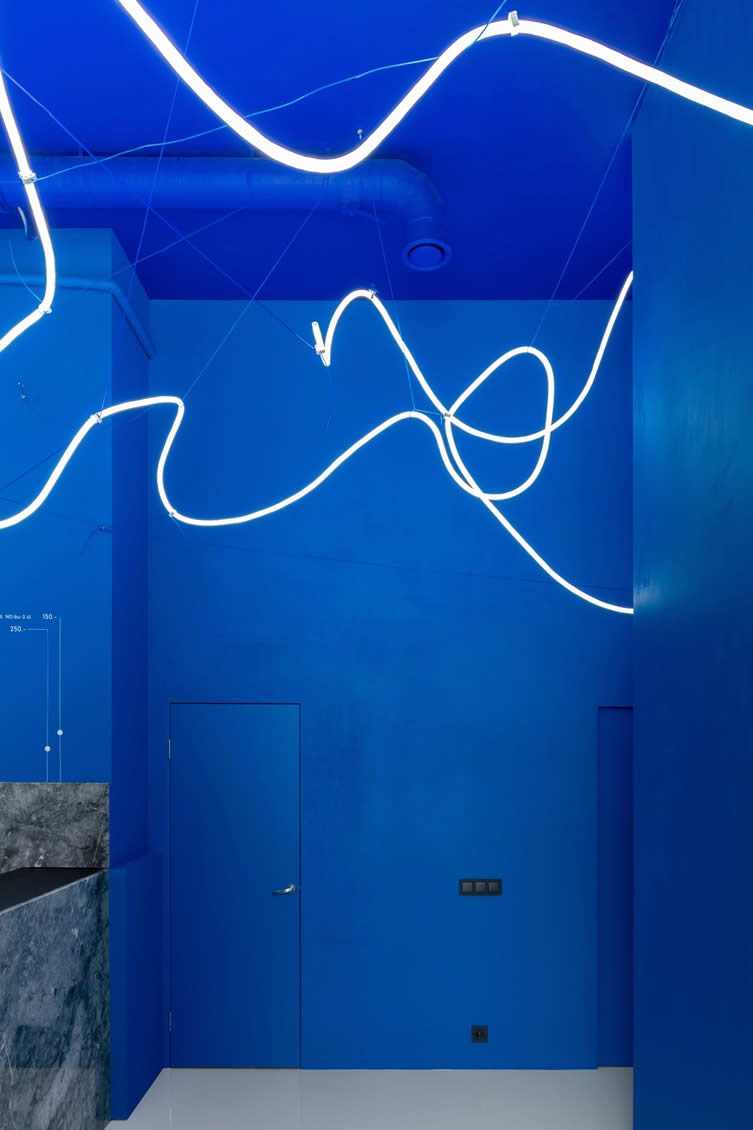 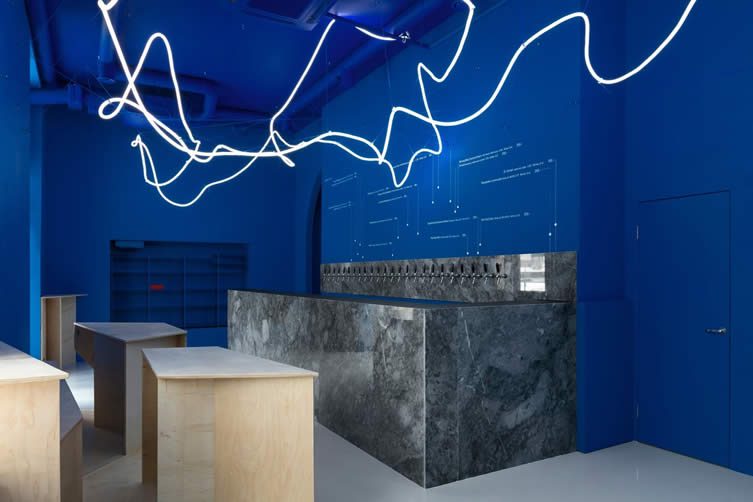 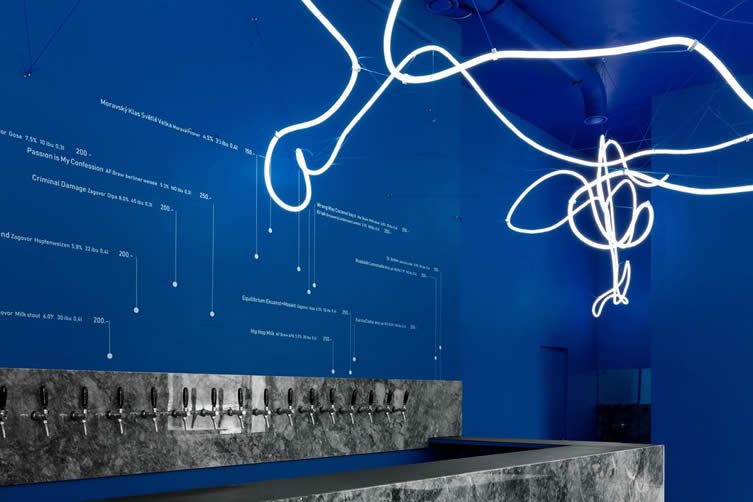 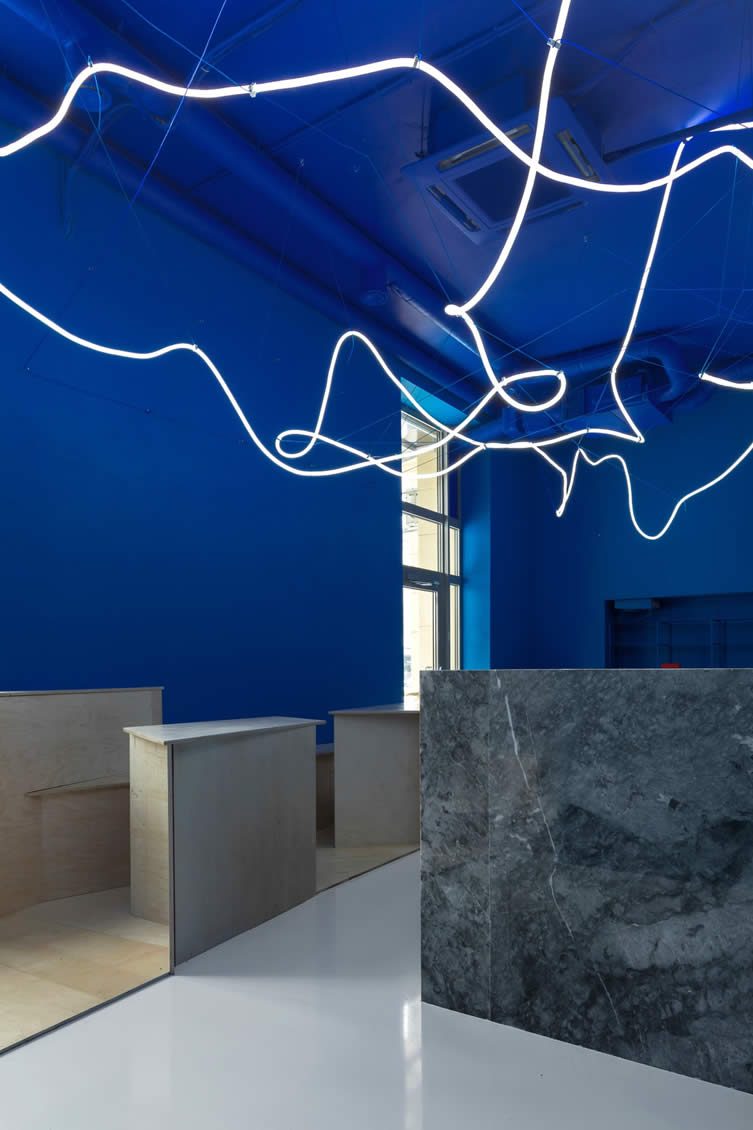 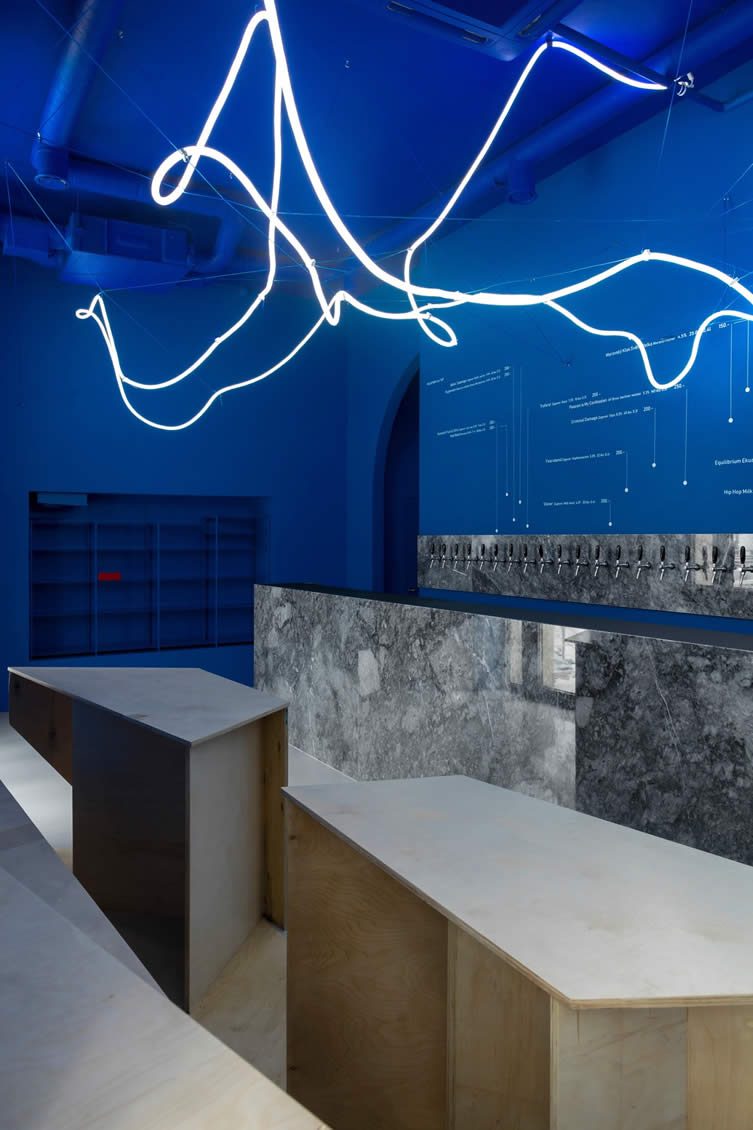 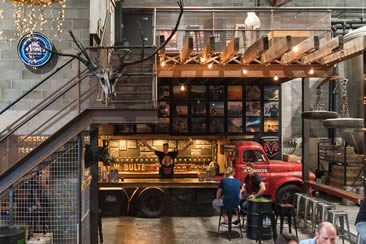 Get your motor runnin', 4 Pines Brewing Company bring the road indoors at their truckin'-inspired tap room...

Aptly named, the Truck Bar is located within the Brookvale HQ of the 4 Pines Brewing Company — and is a fun, casual space amid the brewery's shiny steel tanks; offering fresh food, tours, entertainment and oodles of craft beer...

When I first came across Dalston brewery 40FT, PJ Harvey's 50ft Queenie popped into my head. It is 2:26 of rollicking, unrestrained tempestuousness that has rarely been bettered in over twenty years. But I haven't got a fucking clue what it's all... 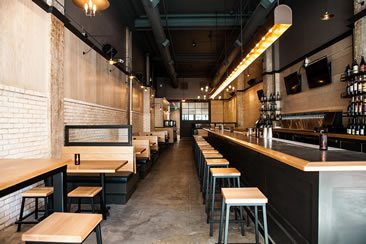 The future of craft beer is bright as Downtown L.A. bar ditches the dingy clichés...

I've read a fair bit of noir fiction, so when it comes to associating Los Angeles and booze, I would immediately think of whiskey with an “e”, probably swigged out of a brown bagged bottle, sitting in a beat-up sedan in a parking lot on a...