Housed within the all-round creative sanctum of Het Industriegebouw—a post-war industrial building and Rotterdam icon—Héroine Restaurant & Bar provides diners a culinary experience with a hint of secrecy; its ever-changing four, five, and seven-course menus never listed to the public, dancing through secretive epicurean delights from the world over. 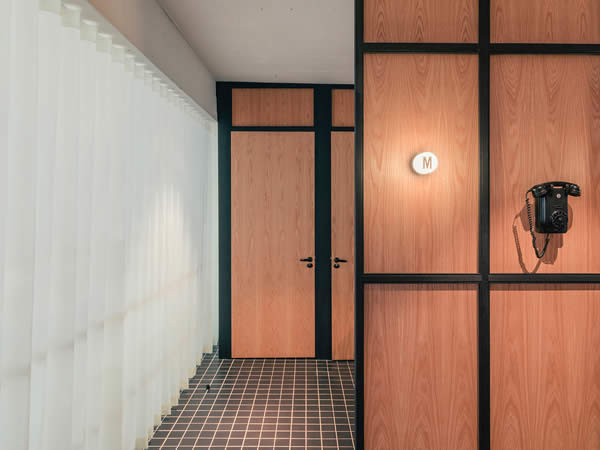 Modiste Studio retained many of the building’s pleasingly retro original elements, the ample space having been subject to neglect in the decades before Héroine’s founders purchased it in 2015. “We were honoured to be selected to design a restaurant and bar for a young, fearless trio of hospitality entrepreneurs,” say the local studio. “The large 270sqm space in a side wing of the building had seen a fair amount of late ’70s and ’80s decay.”

“We were left with a big open space with many scars of the past which we decided to keep,” continue the design team, made up of Marick Baars, Joeri Horstink, Jelle Baars, and Annemieke Rensen. “From here we set out to create an opulent seventies atmosphere while firmly staying within the Modernist design tradition of the building. In the first place, this was inspired by the vibrant and stylistic cuisine of the executive chef at Héroine, Mr Michael Schook, however, we also wanted to prove a point about the Modernist design idiom itself.”

“Where most people think of the classical white cubic exploits of Le Corbusier and our Dutch hero Gerrit Rietveld, we couldn’t help conjure up the wood paneling, huge planters and decadent chrome of 1970s Warren Platner. The result is a balanced mix of simplicity and drama, a juxtaposition of essential and opulent in both design, materials and finish to show that Modernism had another ace up its sleeve.”

That result gives Héroine an opulent ’70s atmosphere Wes Andersonesque in its resolute aesthetic; high-ceilings and touches of concrete and metal combined with a balance of Modernist simplicity, wood-panelling and banquet seating imbibing the space with warmth and just the right amount of glamour. Backdropping Schook’s clandestine cuisine with the drama it deserves, Rotterdam’s Héroine is a worthy protagonist for the city’s unfolding gastronomic tale. 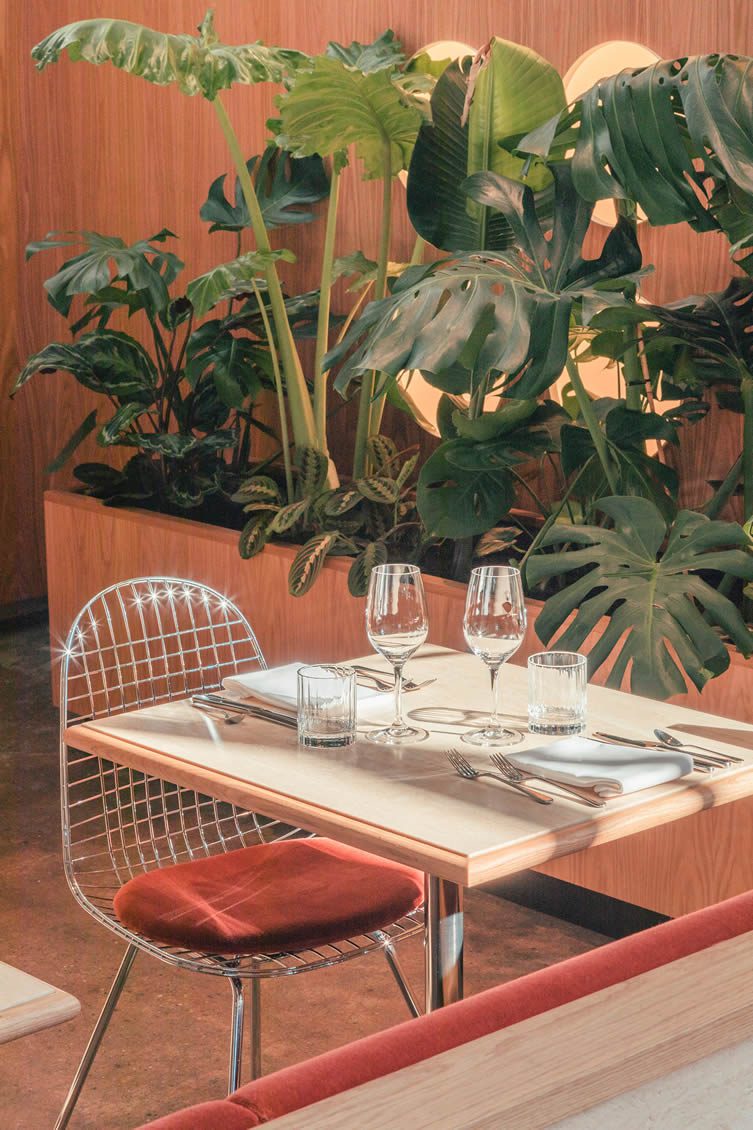 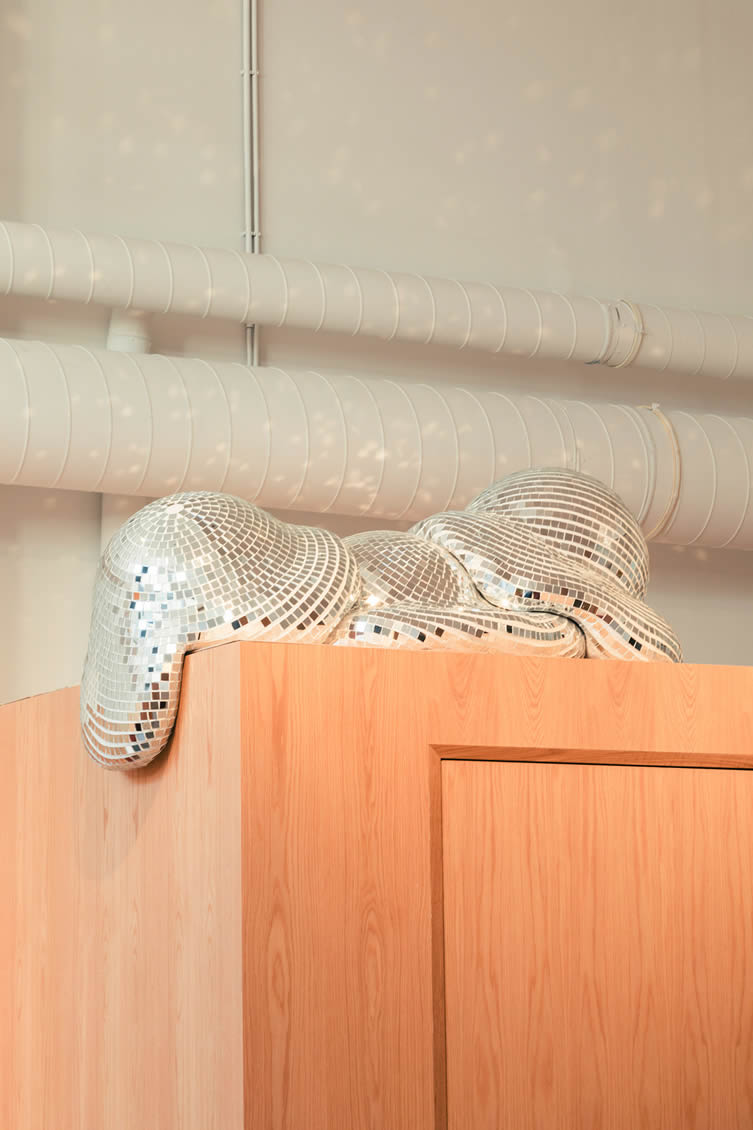 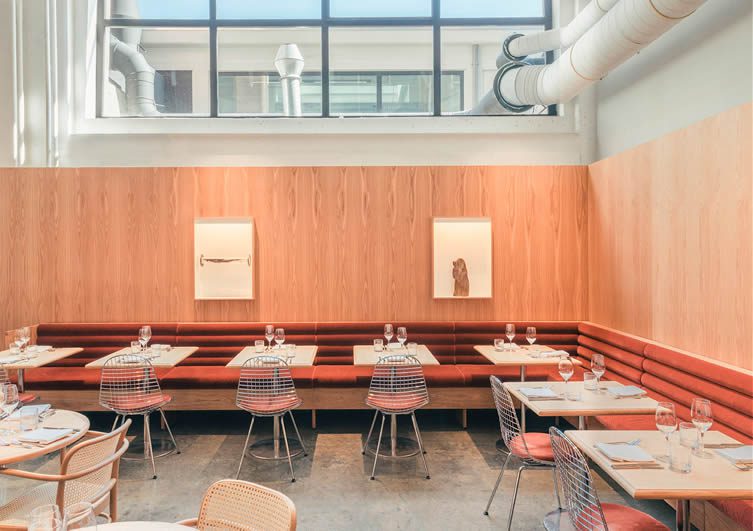 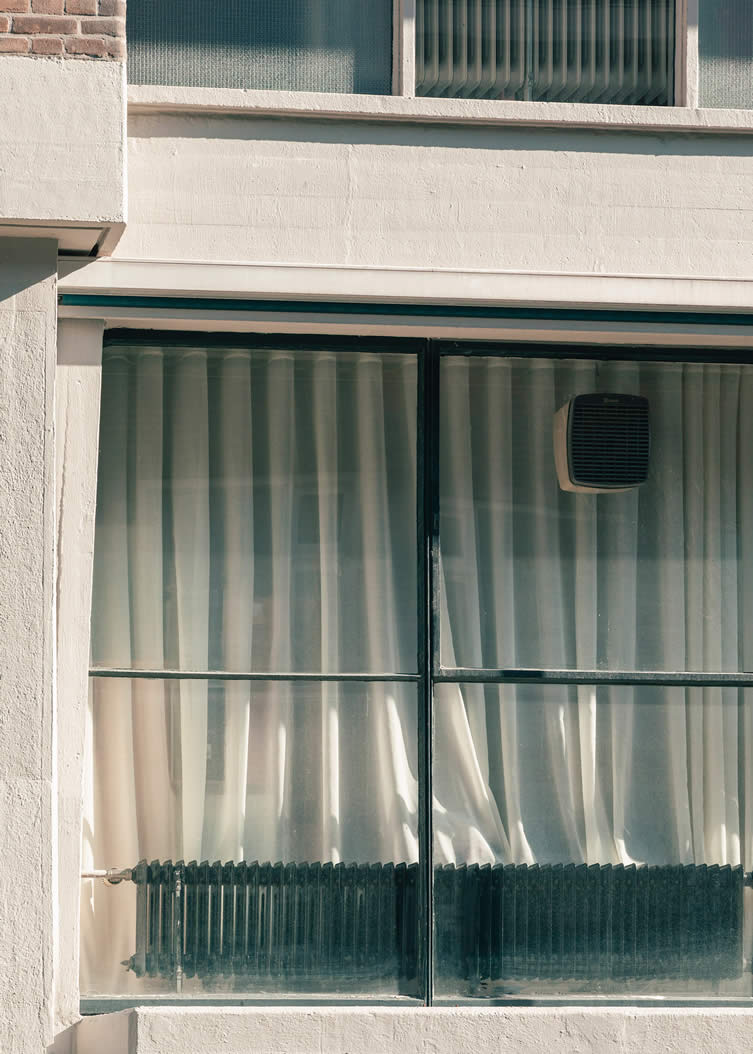 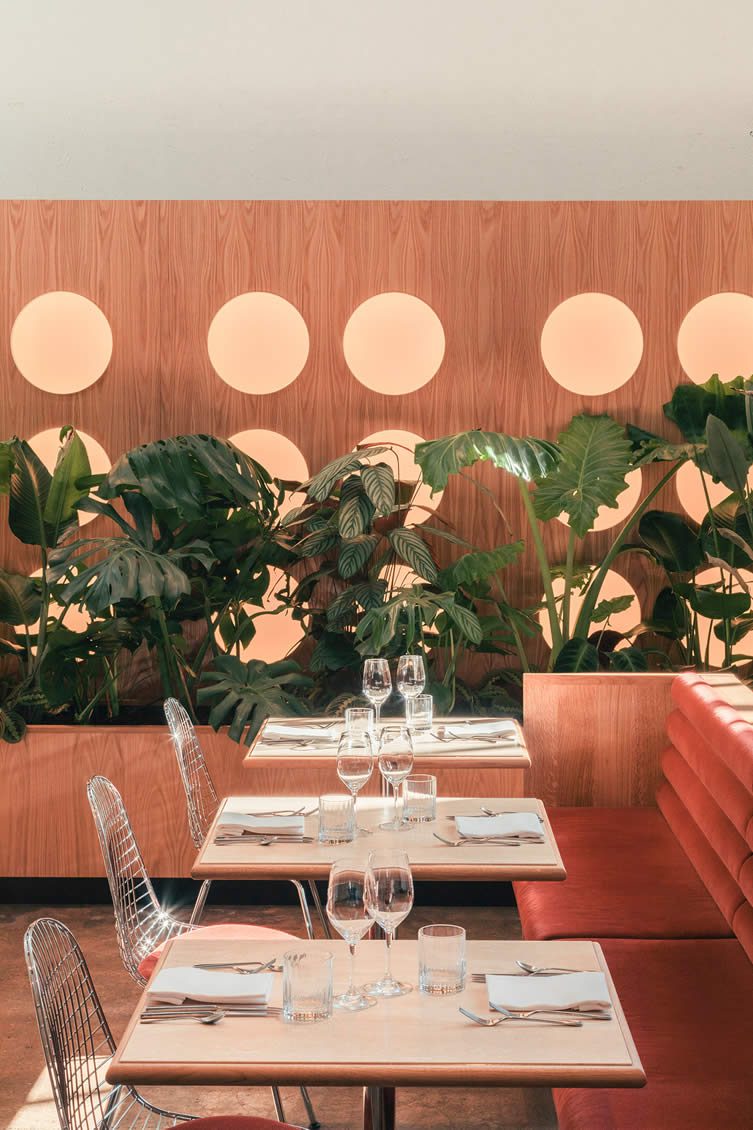 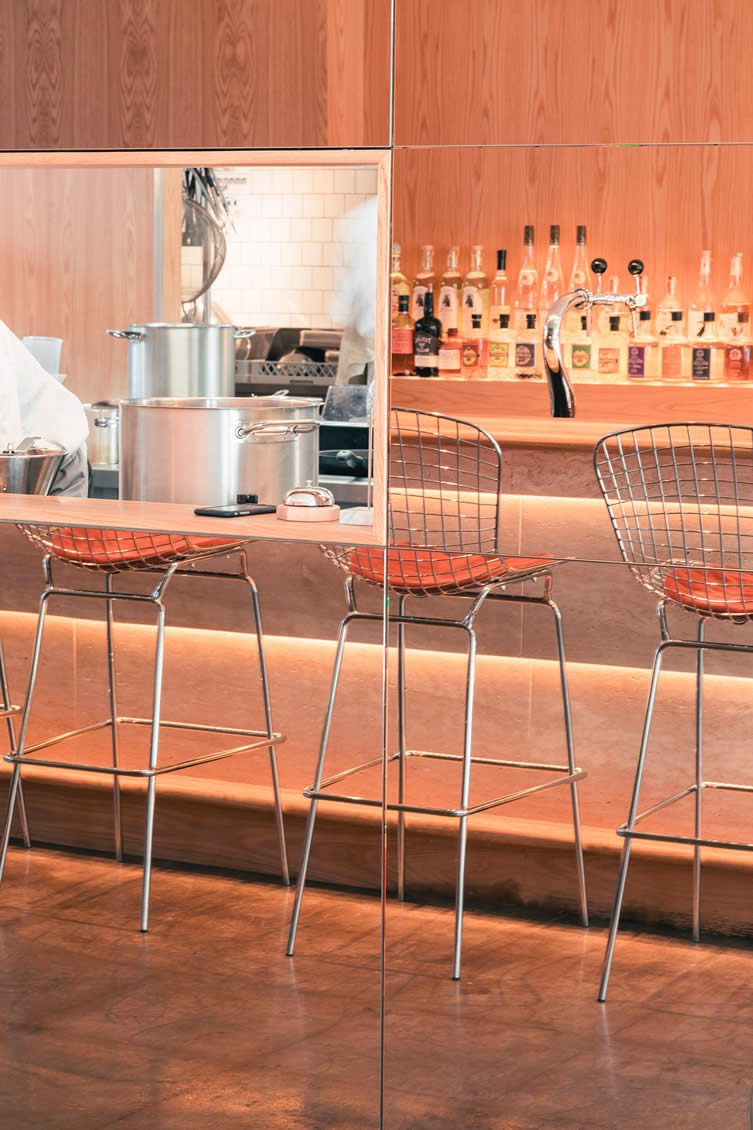 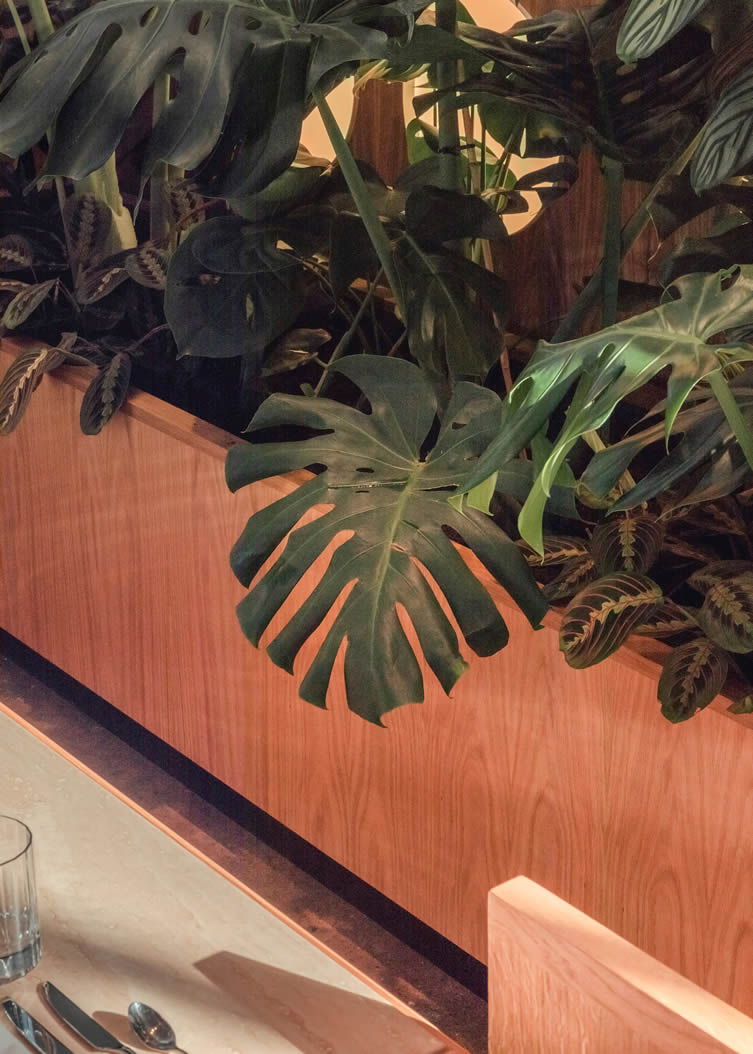 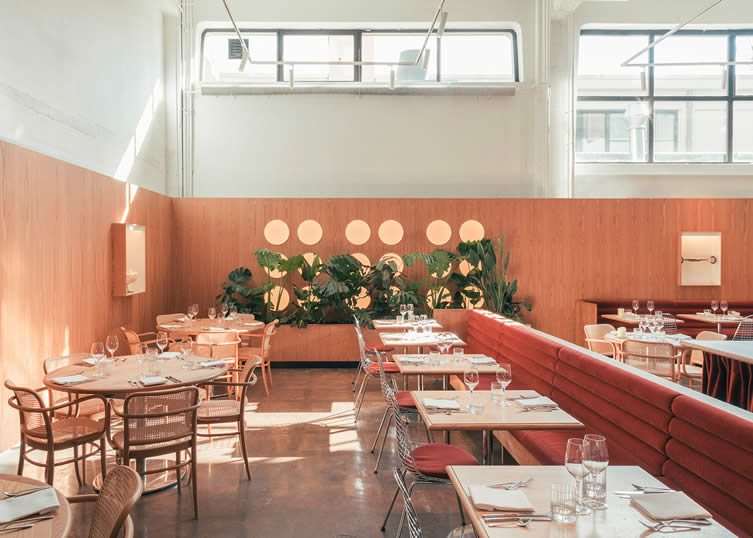 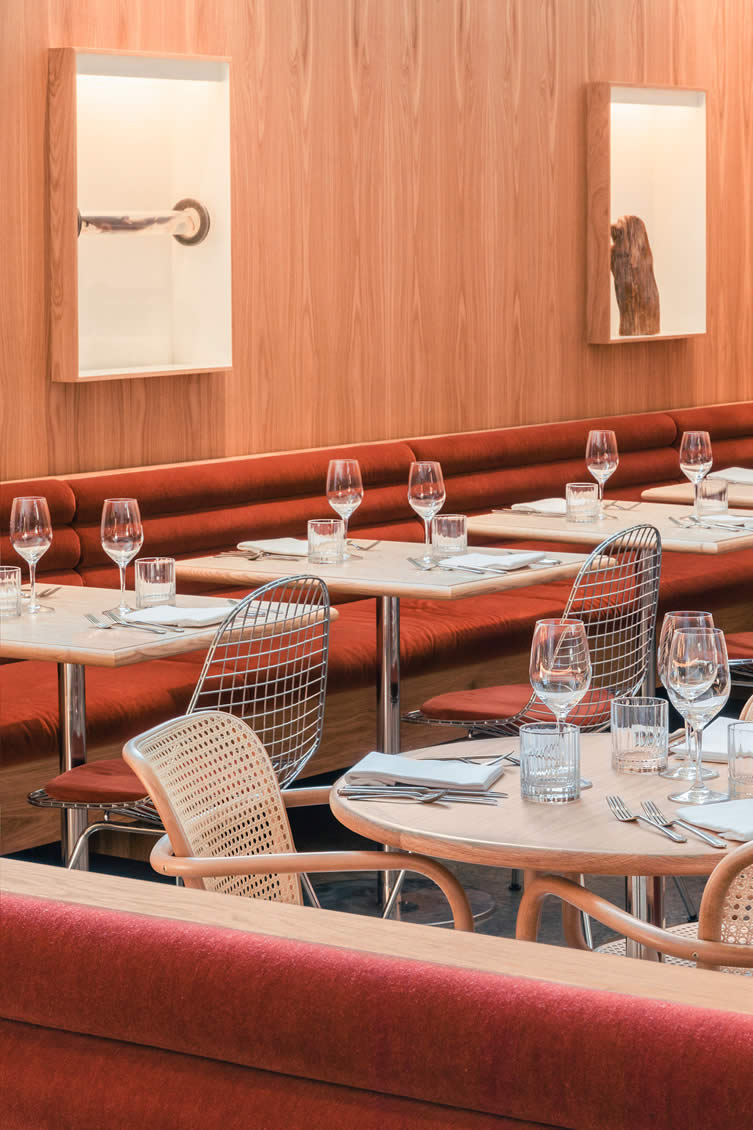 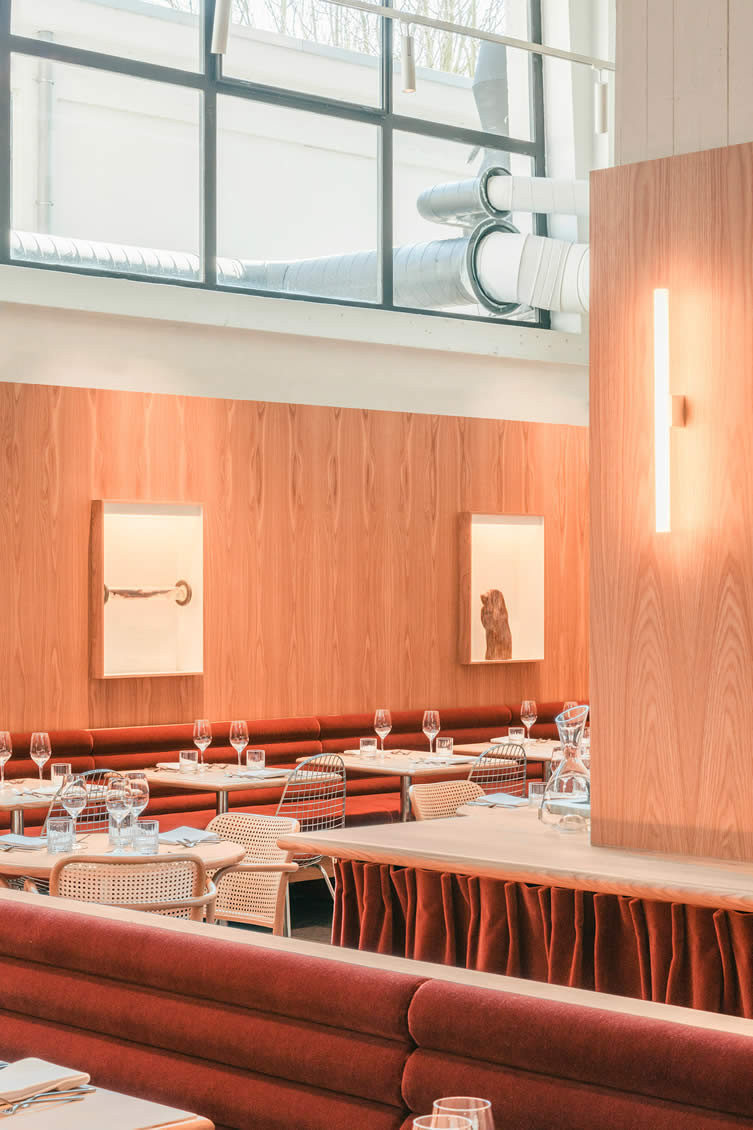 Everyone has been to Amsterdam in their youth - been there, done that, and bought the dodgy t-shirt. It's a great city, but no matter how culturally enlightening one's experience might have been, no matter how many museums and galleries visited,... 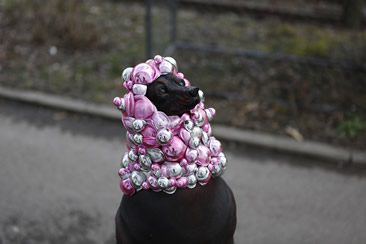 Taxidermy is just one of Czech artist Krištof Kintera's means of getting his messages across...

Who would like to see a bit of comedic taxidermy? I suppose the question should really be “who doesn't?”. Czech artist Krištof Kintera is treating Dutch audiences to some amazing animal reanimation, among many other things, as he brings his... 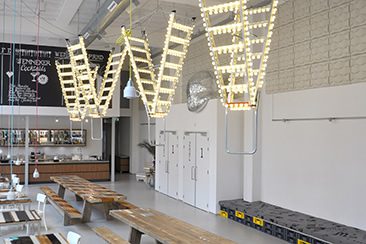 A step up from the standard cultural café...

A pair of stepladders isn't the most obvious choice of inspiration for an art installation, but the chaps from Studio Bertjan Pot like to work with what they have, and at the time of the conception of Stairway to Heaven, that was what happened to be... 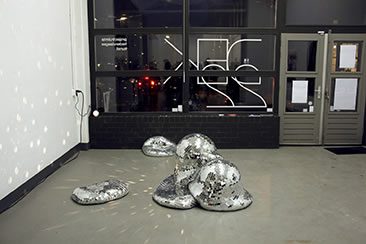 You know what they say - if you can't stand the heat, get out of the disco. Or something like that. Anyway, the melted Quelle Fête installations (Quelle Fête I a commission for a cultural café in a former vodka distillery, and Quelle Fête II at...