“For the first time in my long career, I have been taking colour photographs of them. Both Ninja and Yo-Landi were portrayed in different rooms dominated by my Ballenesque aesthetic, consisting of drawings, sculptures, and other objects. That’s all I can say for now.” Roger Ballen has worked with Die Antwoord previously, collaborating on the video and book project, I Fink U Freeky. “Ninja and Yo-Landi approached me in 2005 or 2006,” explains the photographer. “At the time they said that they gave up everything for a year or so when they saw my work they reinvented themselves as Die Antwoord. We got talking and eventually started collaborating. The collaboration worked well because they have a deep understanding of what I do and respect it. We’re on the same wavelength so I did a lot of the art sets and they linked it to their music. It was a very harmonious process.”

Related Story: Visceral and vital, Roger Ballen invites us into his otherworld, talks Ballenesque, and unveils his first works in colour…

The new colour photographs of Die Antwoord were taken in January 2018 in a building in Johannesburg. Both Ninja and Yo-Landi were portrayed in different rooms dominated by the Ballenesque aesthetic, consisting of drawings, sculptures, and other objects. These images occurred at a time when Roger Ballen has begun shooting colour photography for the first time in his long career. 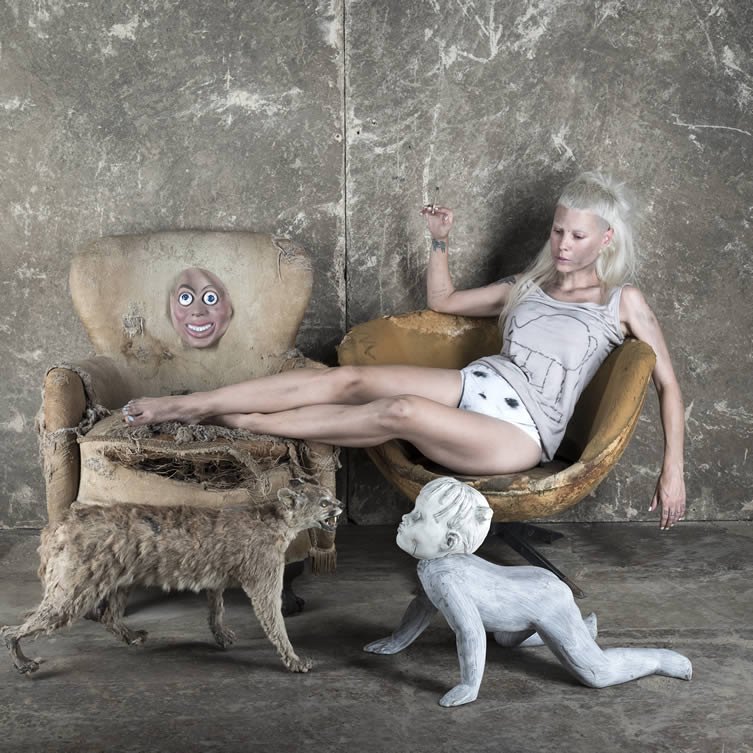