George Wu and Sara Melin have been dispatching oodles of affordable design to followers and fans of their regular pop-up, The Poundshop, since 2010. Their latest edition sees the duo having set up camp north of the border — Glasgow to be exact — for a collaboration with Wasp Studios at Merchant City Festival 2016. 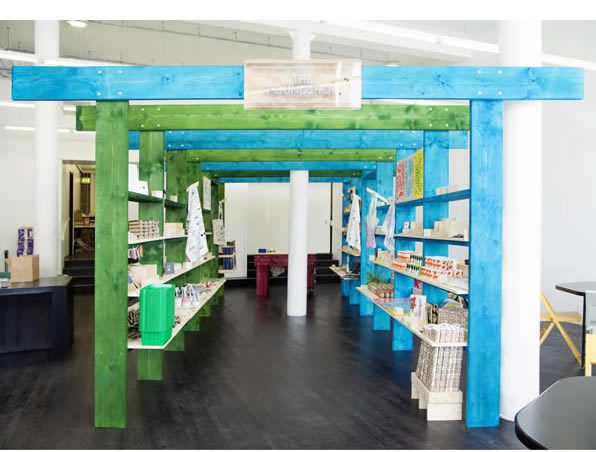 The Poundshop 17 celebrates the 10th anniversary of the Scottish city’s twinning with Marseille; each of the budget-friendly products curated and influenced by the two cities, and sold with a price mark of £1, £3, or £5 (marked by coloured dots). The curated products include wrapping paper by Nikki McWilliams, earrings by Custom Made, and postcards by Benoît Bonnemaison-Fitte.

The Poundshop 17 is open everyday until 7 August, local designer Steff Norwood having designed the South Block space in his singular style. 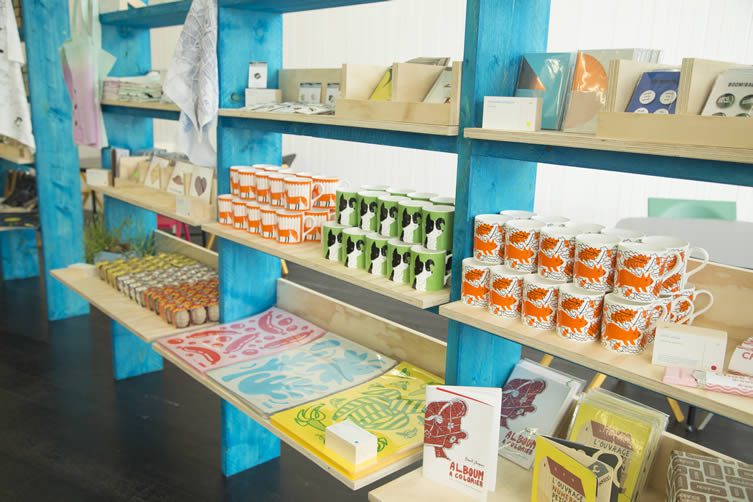 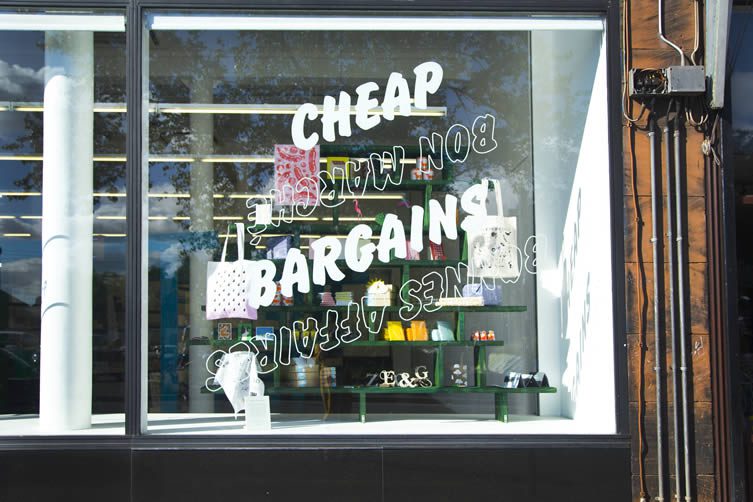 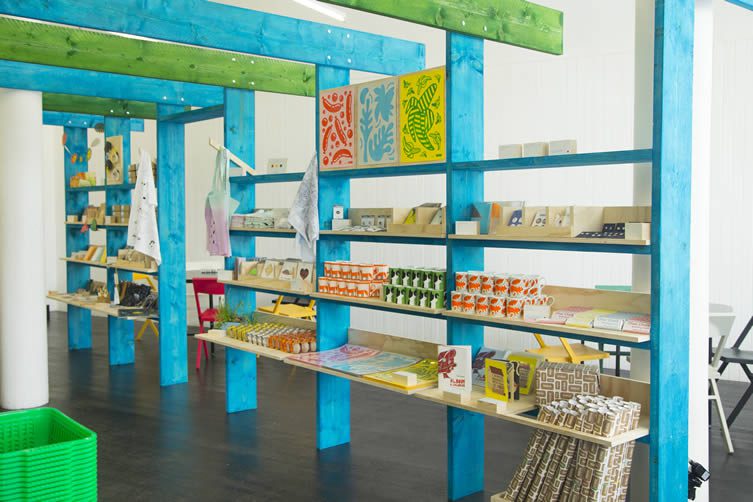 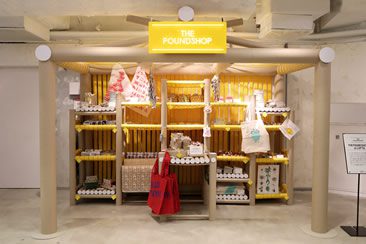 With the purpose of wheeling out great design in front of a larger audience, The Poundshop are back with a pop-up garage sale at Somerset House; now resplendent in all its Christmasness. From today until Sunday you can bag yourself old season stock,... 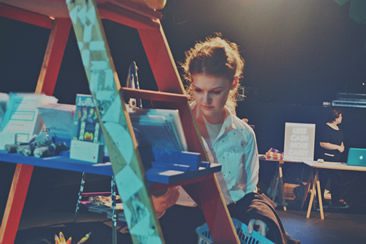 Our favourite design-led, budget-conscious pop-up is back again - bringing festive cheer to London...

Ho ho ho! It's that time of year again when everyone spends far more than they can afford on Christmas presents in an effort not to appear tight. If you are already worrying about your January credit card bill, and would like a return to the old... 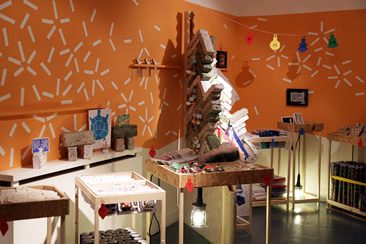 Snap up a sackful of budget gifts (and a cracking sandwich) from The Poundshop...

If it's good enough for John Terry, it's god enough for the rest of us. Yes, the multi-millionaire former England captain and fan's favourite was pictured last week doing a bit of Christmas shopping in a thrift shop, proving that just because you've... 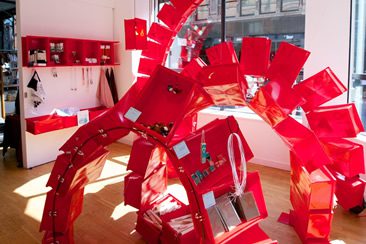 Design for a pound at Manchester pop-up...

Has anybody ever been pleased to see a pound shop appear on their local High Street? Not often, as they're usually both full of tat and a strong sign that the town's fortunes are on the slide. Well here's a Poundshop with a difference, one that...