Eric Yahnker likes fuckin’ wit y’all, and the Los Angeles-based artist is at it again; presenting a new body of work in an exhibition at New York gallery The Hole. We’ve had Barack Obama peeping through his White House window at Miley Cyrus, Superman with tits, and now it’s the turn of Mr Pablo Picasso supping on a Frappuccino.

A to-scale pencil on paper drawing of LeBron James and Michael Jackson sharing court is another stand-out work in Steve Jobs’ Day Off; the basketball icon’s dominant size dwarfing, though not perturbing, the King of Pop. But, like a twisted cheese dream, what’s it all about? Maybe the Californian himself doesn’t even know: ‘a bit of head-scratching is OK’ runs the press release, confirming that confusion itself is a kind of muse for the artist.

Oft political, predominantly fixated with popular culture, Yahnker’s work talks to the confusion within all of us today. The overwhelming blitz of bubblegum culture that runs in tandem with disturbing 24/7 imagery of decaying global society, the blurring of lines between pop stars and politicians, the hyper-unreality of over-exposed everything. Think of Eric Yahnker as a classicist of our modern age — aristocratic boudoirs and tranquil riverside scenes replaced by rolling news and TMZ. Perplexing, in all the right ways.

Eric Yahnker, Steve Jobs’ Day Off, continues at The Hole, New York, until 22 May. 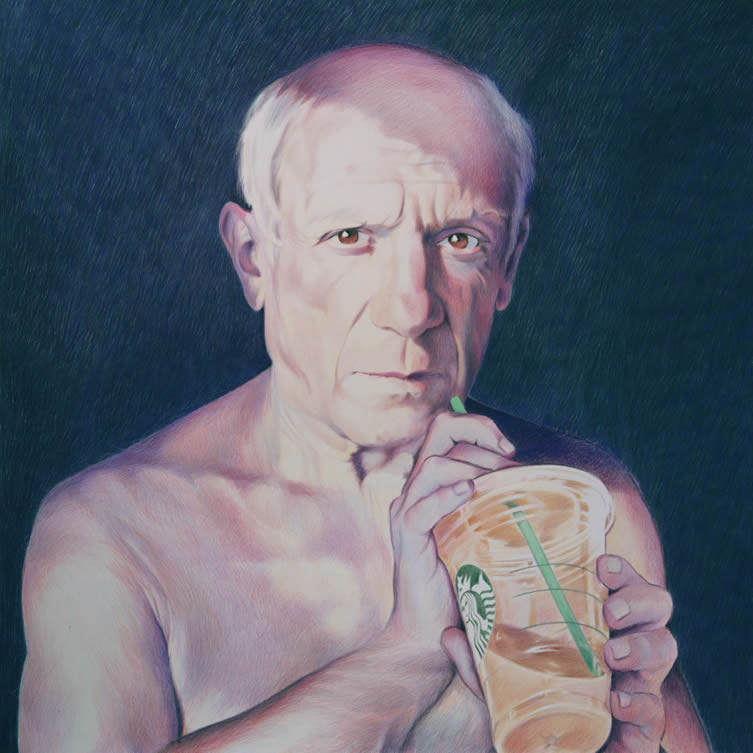 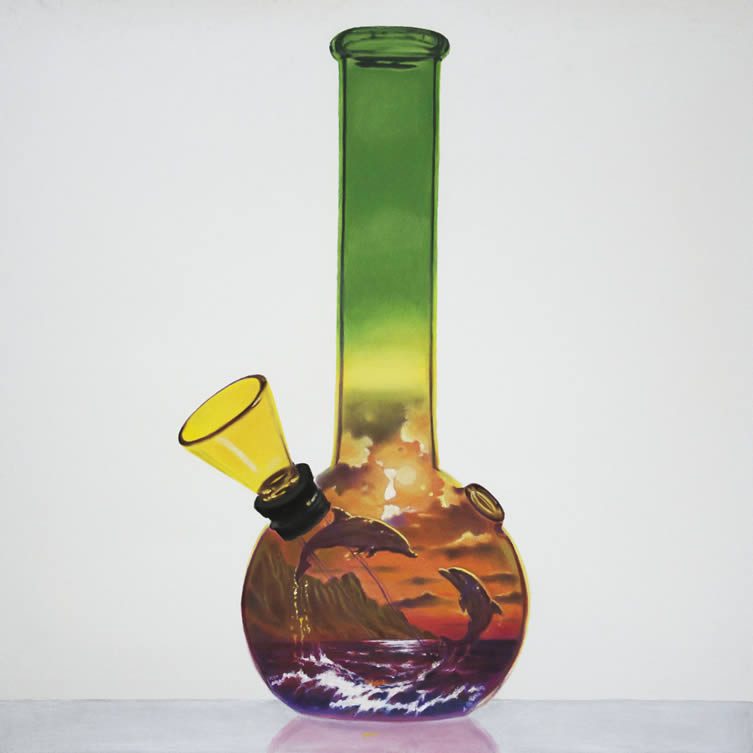 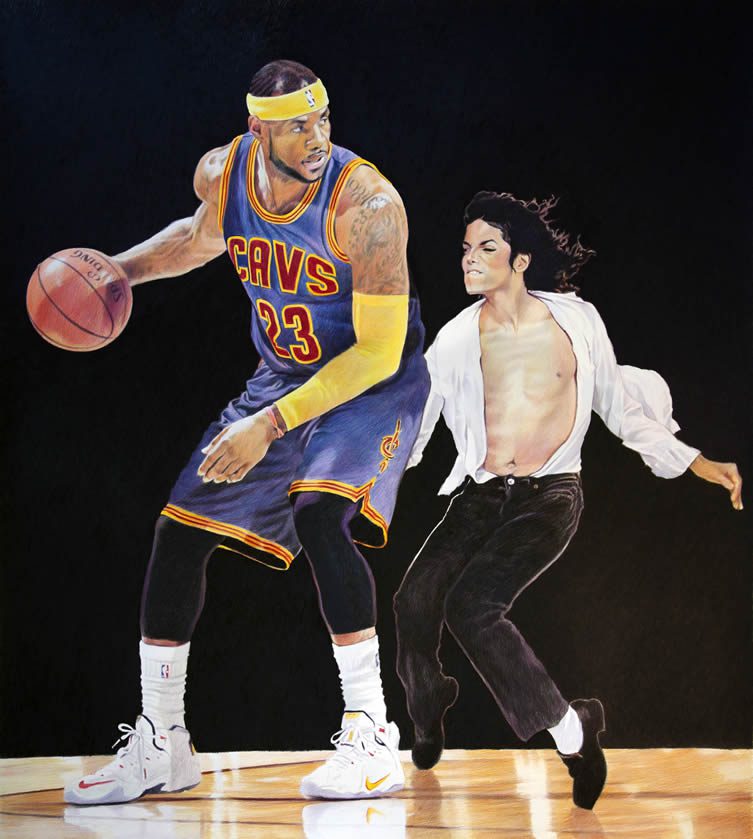 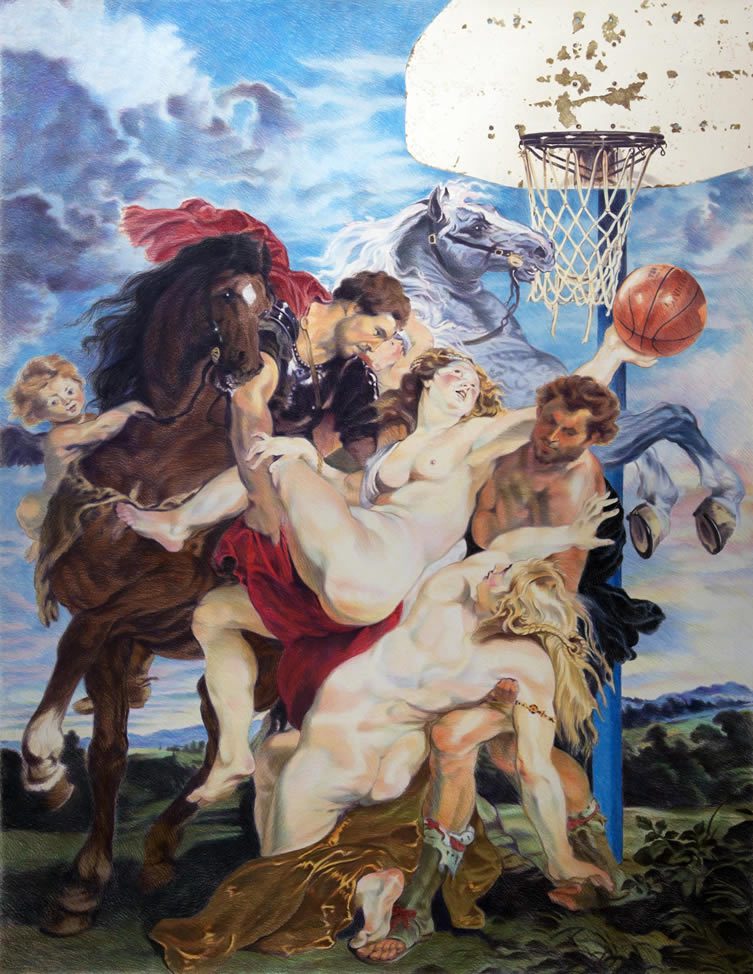 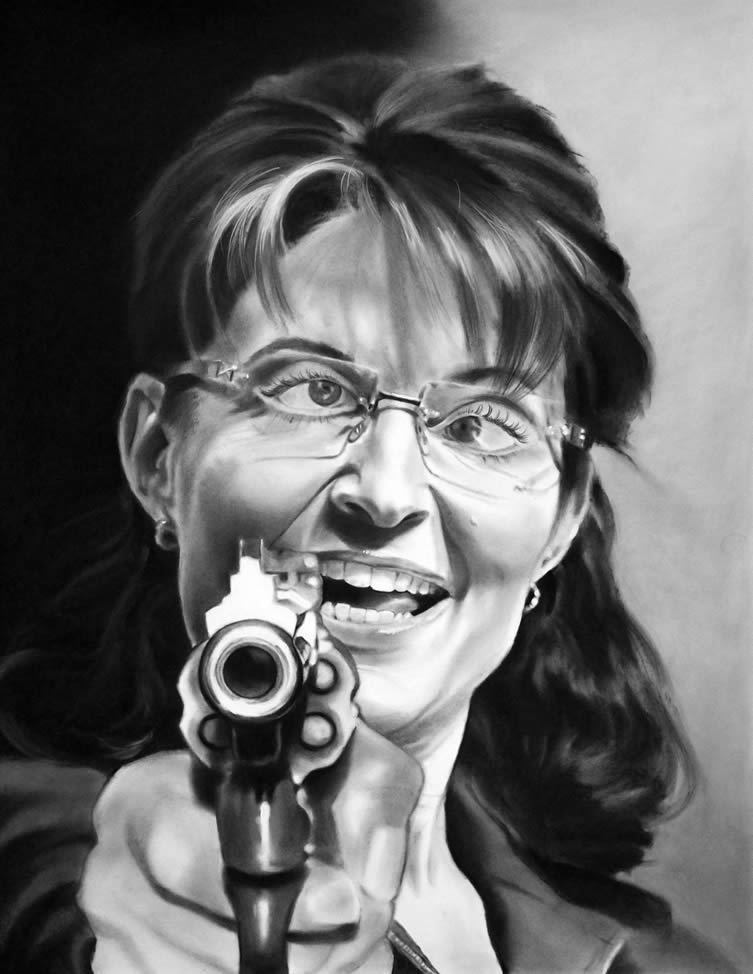 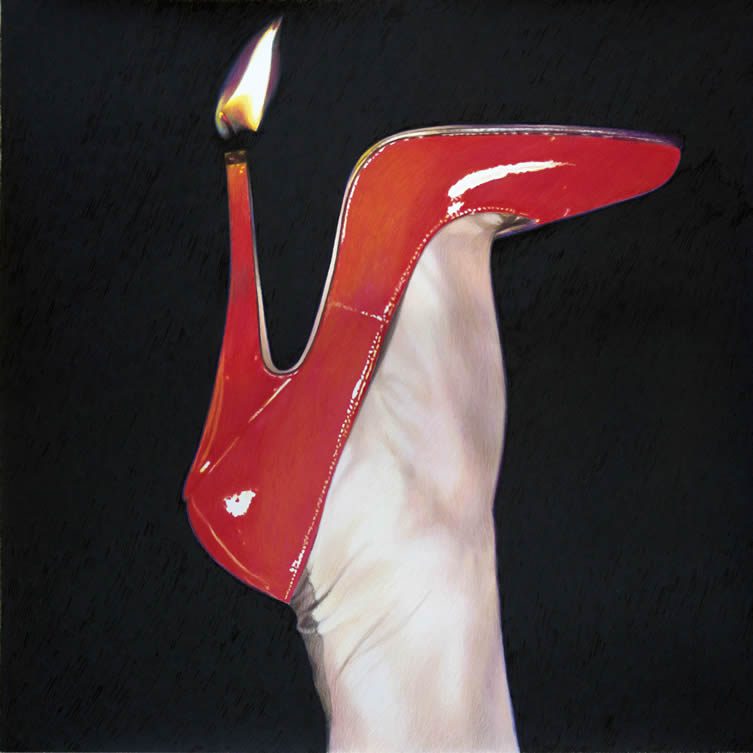 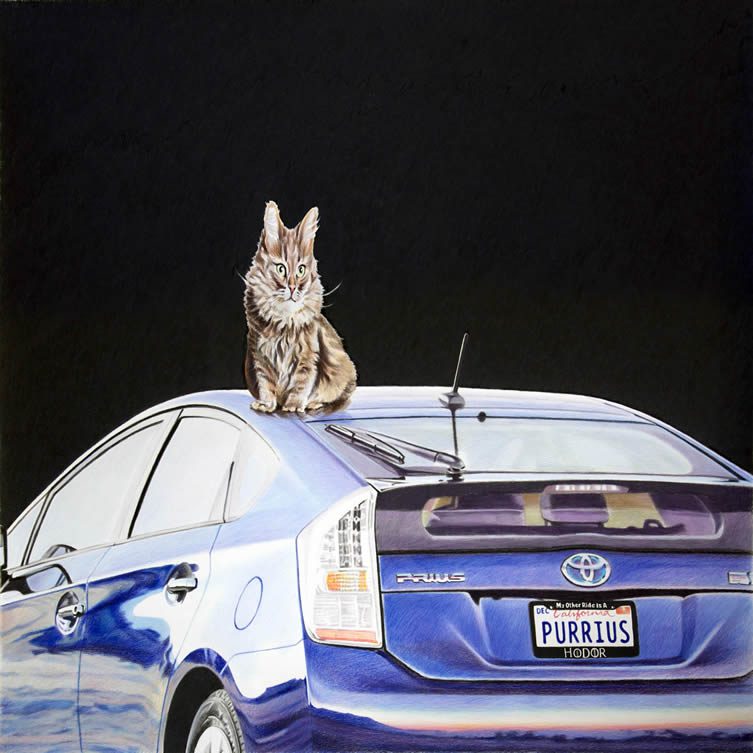 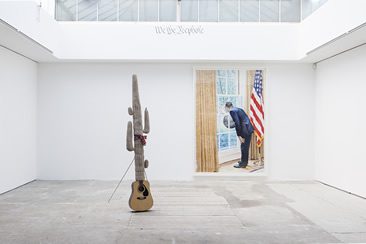 Journalism and politics get the treatment from former South Park animator...

Californian artist Eric Yahnker studied journalism before he switched his attentions to character animation, and current affairs is clearly still a topic that remains prominent in his thinking. Stints on South Park and MADtv have also shaped his... 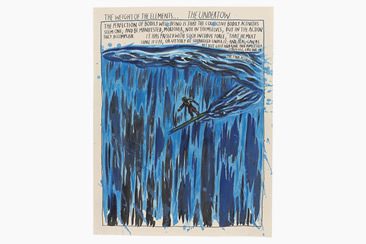 Surfer paintings of Raymond Pettibon are awash with action and natural power...

Balanced somewhere between a spiritual adventurer and an adrenaline junkie, the surfer is a Californian icon and the hero of Raymond Pettibon's symbolic works, currently being revisited at Venus Over Manhattan, New York. The artist has a gift... 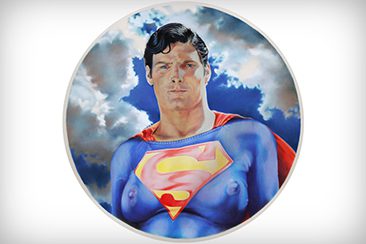 Red and blue icons get the treatment from Californian commentator...

Coming in with a late but very strong entry for the WTF? Moment of the Week is Eric Yahnker and his Ebony and Benghazi series of paintings, drawings and sculptures. It will be a while before I can watch the Christopher Reeve Superman films again...