Somehow, it still manages to tip the scales of the internet, sending celebs into heated meltdowns and drawing opinion from just about every corner of the world. We’ve all seen every single inch of Kim Kardashian’s body … yet, when she gets it out, everyone still loses their shit. Which is what happened just a day before this year’s International Women’s Day, when the pop culture icon (like it or not folks) got it all out; save for a little Instagram-necessary self-censorship.

Famous females as diverse as Bette Midler and Miley Cyrus had their word; and reverberations were felt the globe over … at least as far as Melbourne, where our man Dean Sunshine (the city’s leading authority on street art) captured this beauty from art provocateur LUSH over the weekend. Whatever your take on the polarising Mrs Kanye West, the truth is that the reality TV deity is capable of causing waves that other public figures can only dream of. Indictment of our times? Maybe. Ruthless self-publicist at the top of her game? Definitely. Self-proclaimed ‘graffiti’s #1 asshole’, LUSH, knows the power of iconography, and his audacious selfie reproduction has had reviews as mixed as the original — showing that, in 2016, both street art and the female body still have the power to shock.

When you're like I have nothing to wear LOL 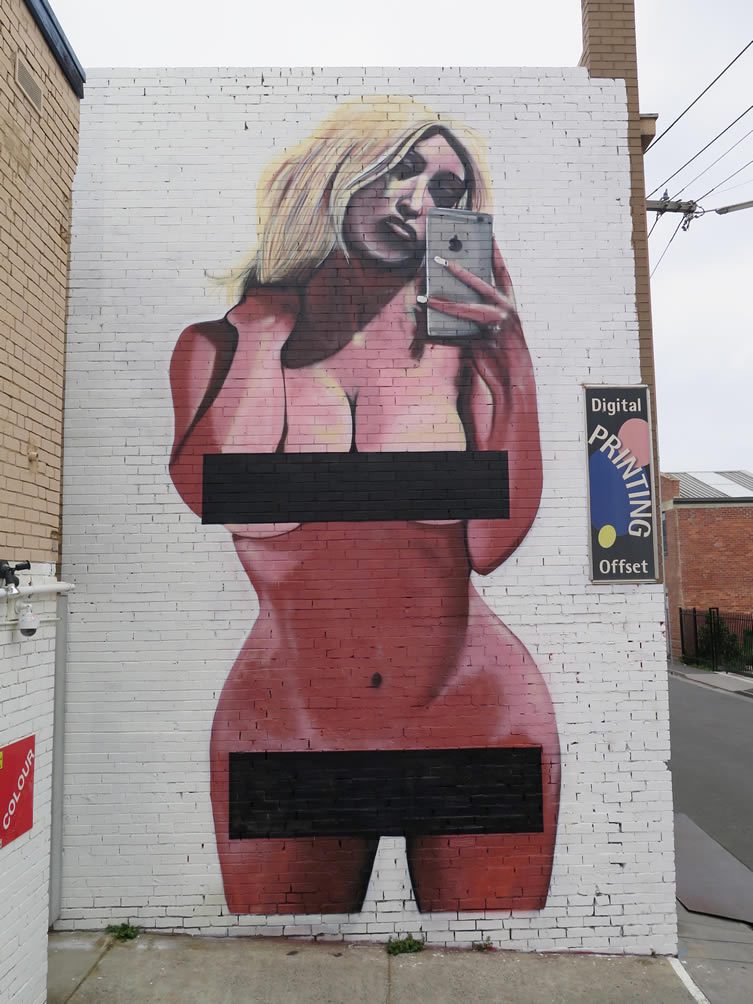 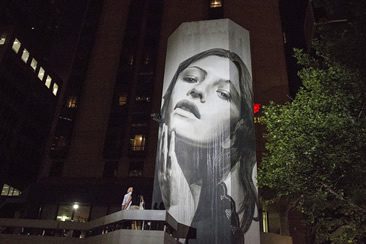 After recently working on projects in Mexico and Louisiana, street artist Rone is back in Melbourne for his first Australian show in two years. Lumen draws on his time in Juarez, Baton Rouge and New Orleans – all places which have experienced... 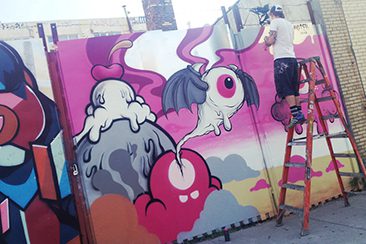 Last year, Los Angeles said farewell to artist Buff Monster, as he changed coasts for new surroundings in New York City. Since moving east, he has continued to build on his vision for the Melty Misfits, collaborated on multiple projects with Mishka... 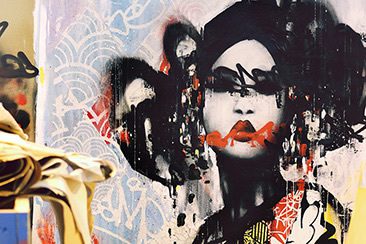 Tagging re-invented as a thing of beauty...

Tagging has a pretty unsavoury reputation – an act of vandalism or aggression performed furtively under the cover of darkness by urban hoodrats. Street artist Hush is presenting the maligned activity in a new light with his collection Unseen,...