In a city that has brought us the Ramen Burger, the Cronut, and countless other mashup culinary concepts that have gained notoriety via the social media generation, it is incredulous that Scot Rossillo’s Rainbow Bagels have stayed largely off the radar until this week — especially so that he has been baking them for 20 years. In Williamsburg. 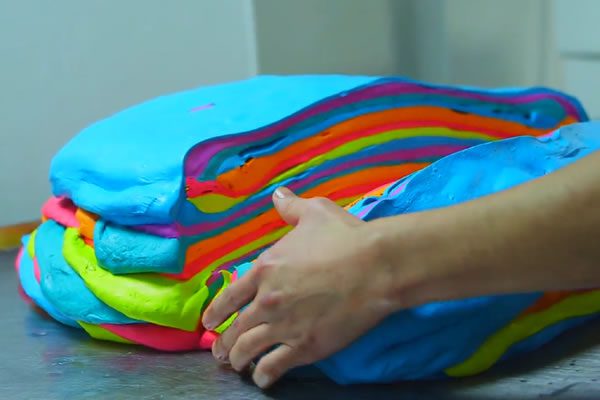 Rossillo began churning out his psychedelic bagels when Britpop was at its peak. Two decades of multicoloured mutations, and only just blowing up on the internet — where people are, predictably, losing their shit. Whilst you were wondering what other Instagram craze could be going unseen right under your own nose, the folk at INSIDER food headed along to Brooklyn’s The Bagel Store and delved into the Wonkaesque making of their retina-rupturing treats.

‘A tremendous amount of discipline is involved’ begins Scot — clearly believing honing his creation is akin to studying as a Buddhist — before we’re given a look at mounds of neon-coloured dough; each of which will be flattened out, stacked and sliced, before being ‘expertly rolled’ into artisan bagels. ‘Funfetti’ cream cheese is applied to the finished article, and arteries are clogged across the five boroughs and beyond. Watch the making-of and peruse some completed works of art below… 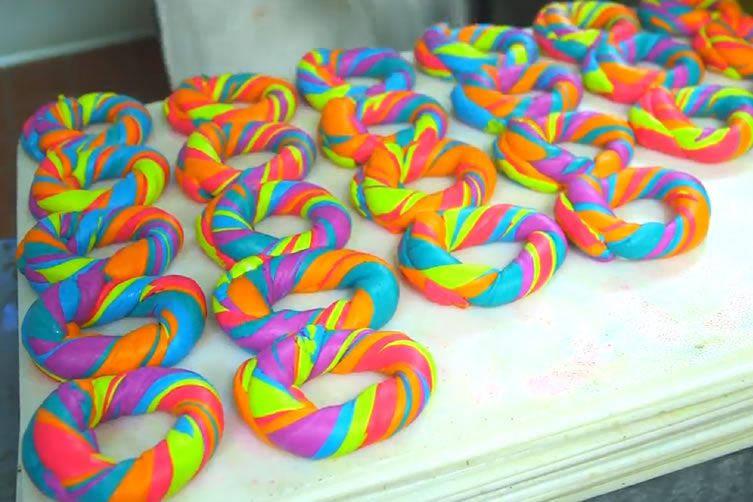 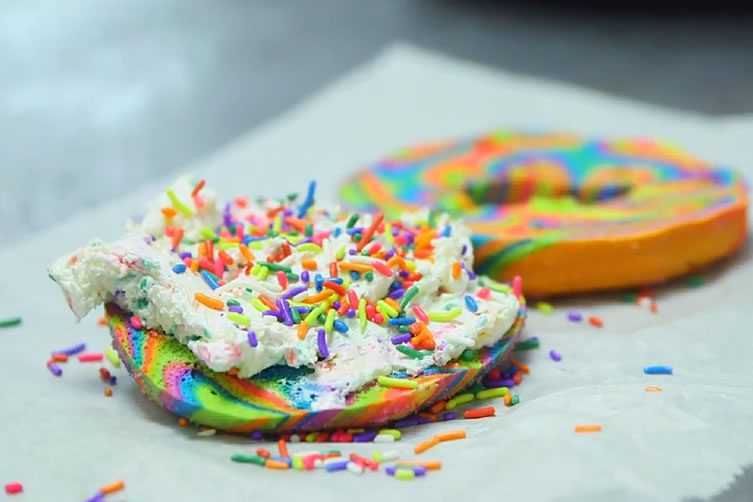 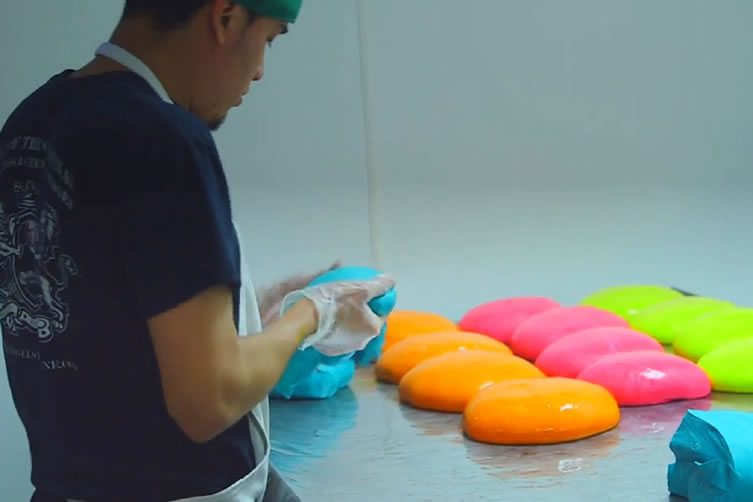 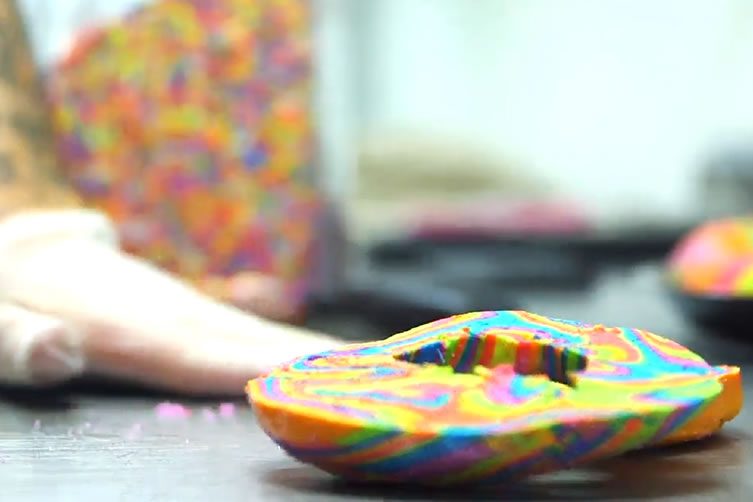