If you rather a side of polonium-210 over wasabi with your uramaki, piss off Putin. Allegedly. Swedish ‘comedy hip-hop’ duo Far & Son must’ve really had it to the back teeth with wasabi nose — they might not be on Litvinenko levels of raising the Russian tyrant’s hackles, but their Blue Oyster Bar installation will have caused palpable indignation at the Kremlin. Best they don’t leave their food alone, until the dust settles at least. 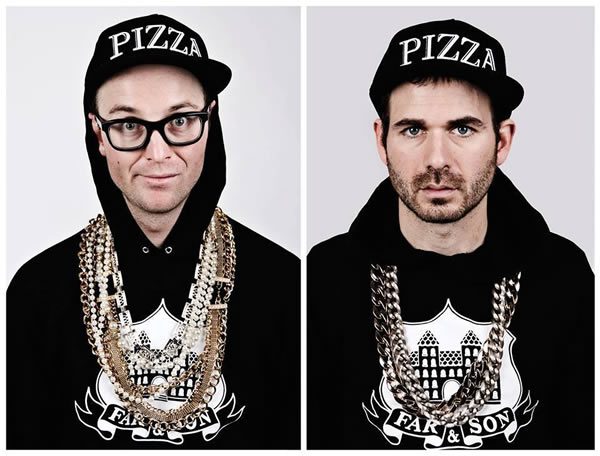 Why? Ah, they just went and set up a gay bar on good ole Vlad’s plot of land. The Swedish-speaking Åland Islands are an autonomous region of Finland that have endured much toing and froing between the two Scandinavian nations, Germany and the Soviet Union over the years — The Guardian reports that the uninhabited 17,800 sq metre plot where Far & Son plonked their installation was revealed last year to be owned by the Russian presidency. Ouch.

President Putin and his Draconian friends have a well-known distaste for all things homosexual, so Far & Son’s Blue Oyster Bar — complete with leather-clad, kissing builders — will no doubt cause reverberations; “pure hooliganism”, the Russian consul to Åland, Mikhail Zubov, has already dubbed the art protest. The happening has been reported to the Old Bill, but the duo remain undeterred: “they will never take us alive”. Brave words when dealing with this particular foe. Stay safe guys.