French director and ‘experience designer’, Nelly Ben Hayoun, has been doused with compliments and accolades by a multitude of arts, culture and science lovers. The “Willy Wonka of design and science” is knowledge-thirsty and never shy of a challenge. As far as she’s concerned: nothing is impossible. Her practice, the Nelly Ben Hayoun (NBH) Studio, specialises in ‘extreme experiences’. Its multidisciplinary approach means that anything can happen, and often does. Through film; performance; literature; art, there’s an army of projects in their portfolio, each more exciting and groundbreaking than the last. 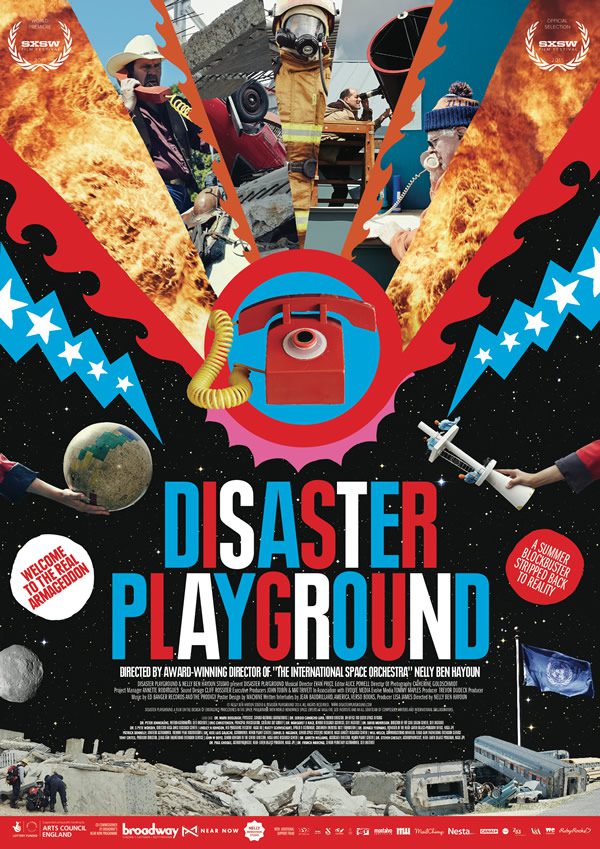 Ben Hayoun is a provocateur; an experimental thinker; a multi-faceted designer — with titles that include Designer of Experiences at the Search for Extra-terrestrial Intelligence Institute, Head of Experiences at We Transfer and a Wired Innovation Fellow. NBH Studio has collaborated with musicians like Beck, Bobby Womack, and Damon Albarn, and assembled the first ever International Space Orchestra (ISO), composed of space scientists from NASA Ames Research Center, Singularity University, International Space University and the SETI Institute.

The studio’s latest project saw Ben Hayoun direct and produce feature film Disaster Playground. What would happen if a catastrophic asteroid were heading for our planet? The film investigates in Theatre of Cruelty (an overwhelming style of theatre rooted in surrealism, devised by avant-garde playwright Antonin Artaud) style. Disaster Playground tells the story of the scientists at NASA and SETI who protect the public from real life outer space catastrophes. Learning about how these individuals assess and minimise risk of potential disaster; the unsung super heroes who monitor space activity so we don’t have to.

The film isn’t quite parody, but a witty, ambitious tale of real heroes in overtly dramatised — sometimes silly — emergency situations. Bridging fiction and reenactment with factual drama, Disaster Playground is bonkers in the best possible sense. We caught up with Nelly just after the film premiered at the BFI recently to find out how on earth she managed to convince real life important scientists to take part in her film, why her work insists on extremisms, and where all those amazing ideas come from…

“Disaster Playground is a real film at the edge of space fiction”. Others focus on either documentary or fiction, why have you decided to merge the two? Did you set out to tell the story in this way from the outset?

There is an ongoing dialogue inside the feature film and the other project outcomes on the role that science — in our case scientists — should fulfil. We are looking at Pop Culture as a start, and then we engage with the reality of each event; the real people, the “real Bruce Willis’s”. Thus, comes about the term Space Fiction.

Fiction doesn’t always do a bad job at making us aware of issues and what they might become. In the case of space science, I think we are over-simplifying the complexity of the decision-making process, as Hollywood producers do not see the entertainment value in scientists doubting on-screen, and weighing up the pros and cons of situations. I think we have to reevaluate our heroes’ values and roles. 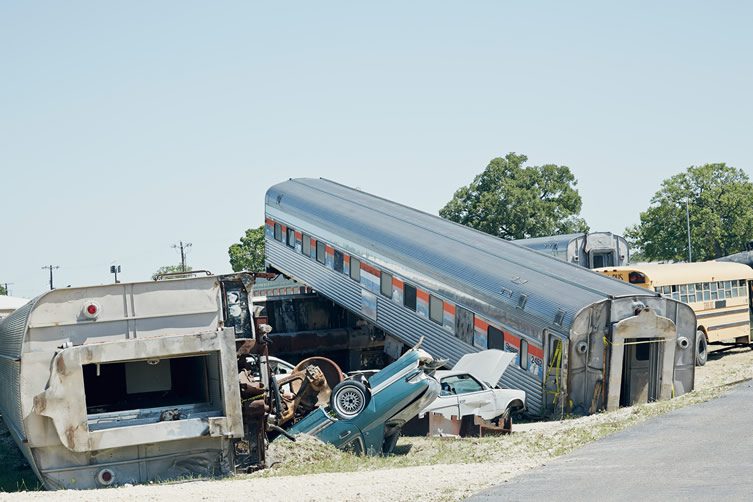 How did you convince the space experts at NASA and the guys at the White House to be a part of this project? 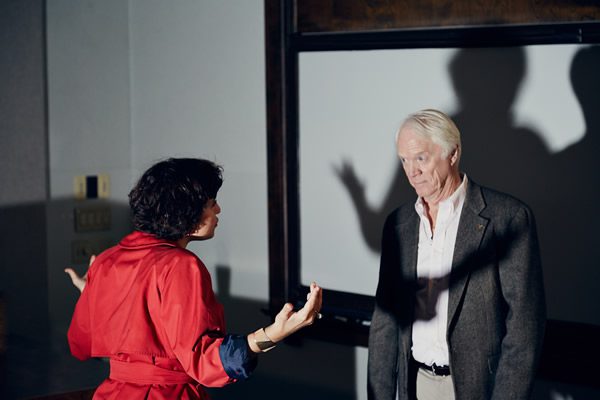 Everything is always a challenge. That’s the way I roll. I get bored otherwise. I like complexity; I like a huge difficult production. Everything that looks and sounds unfeasible I’ll want to do. Sometimes it appears impossible, but in fact, it never is. It’s a question of organisation.

I’ve always been fascinated by space, the scale of the universe and travel. It drives us to speculate: how are we going to survive? I’m completely fascinated with places that are very difficult to access due to geopolitical barriers. Producing projects with individuals at NASA, SETI and the UN has been the most challenging, nerve-racking but absolutely sublime experience.

I’m the Designer of Experiences at the SETI (Search for Extraterrestrial Intelligence) Institute, where we try and define if we are alone in the universe, and where we also do a lot of astrobiology (life on other planets). I work with the scientists there to engage the public. As part of my position at SETI I work on extending outreach activities in terms of scope, scale, and methods of engagement towards architecture; installations; environments; social systems; performances; experiences and narratives. 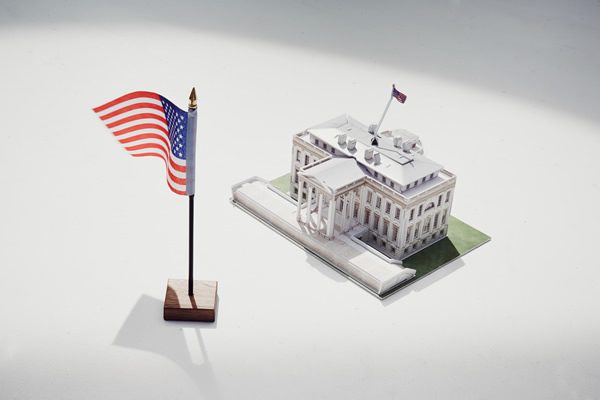 I develop interdisciplinary research environments, and platforms where SETI Institute scientists are solicited to implement; deconstruct; perform; enact; reenact; sing; mix; modify and design musical or filmographic acts on their scientific research. Together we design experiences to engage the public with the greatest SETI Institute debate: to know our beginnings and our place amongst the stars. It is always mind blowing for me to work with people like Frank Drake, Jill Tarter, David Morrison, Seth Shostak or Franck Marchis. They changed the perspectives of thinking in science, and they integrate the notion of scale into their research work.

I think you don’t get to do these projects unless you have the right team and the right credentials, or even the right package to prove that you can achieve. I also believe that amongst my skill set, one particularly stands out in these situations: REAL INTENSE PASSION for the subject matter. Persistence too, I never ever, ever give up. That guarantees my team and myself will get the work done. 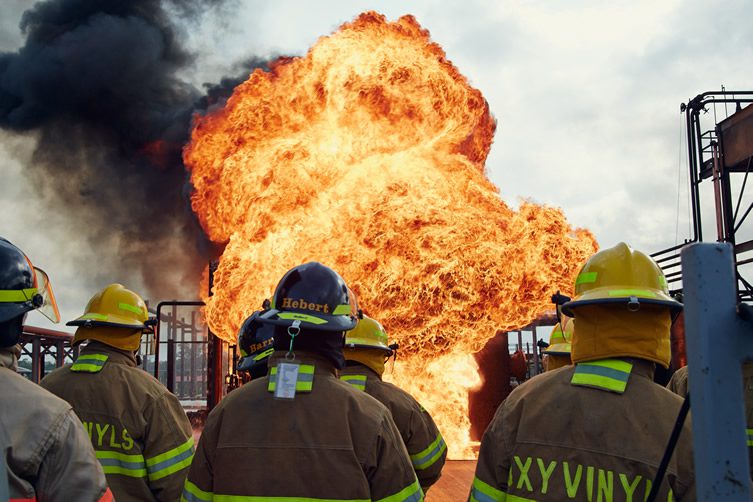 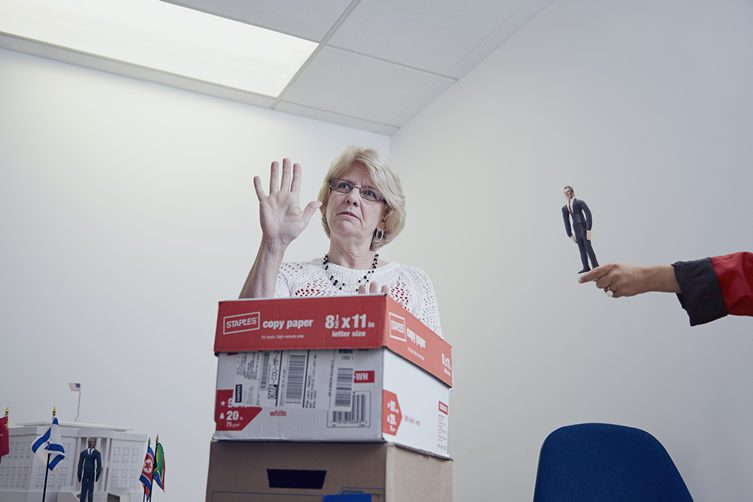 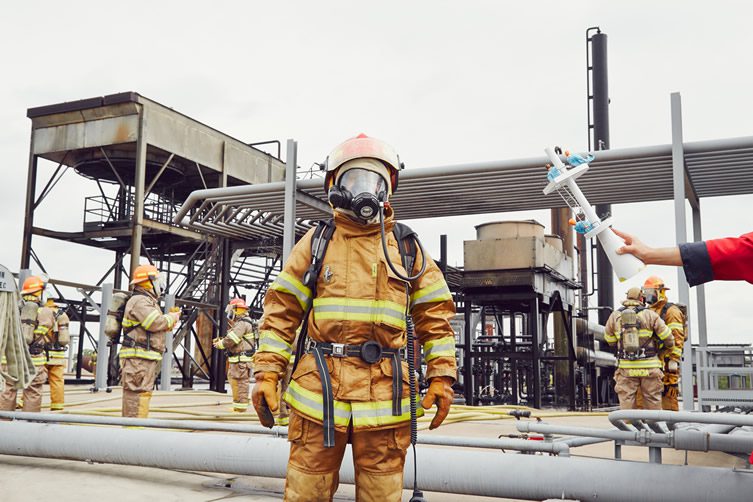 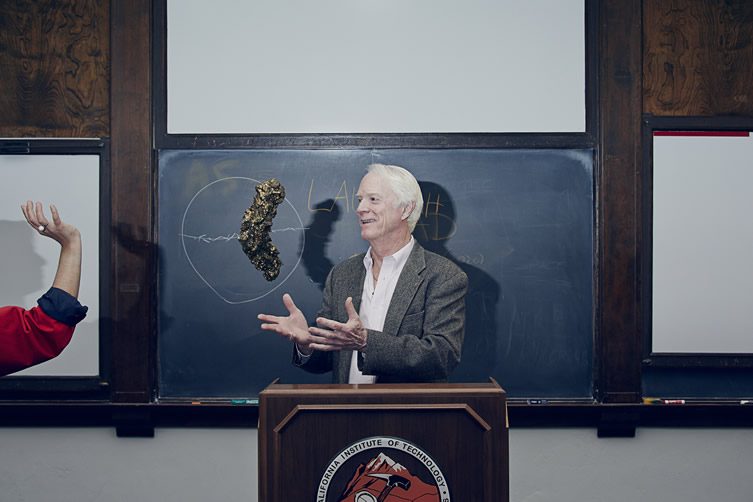 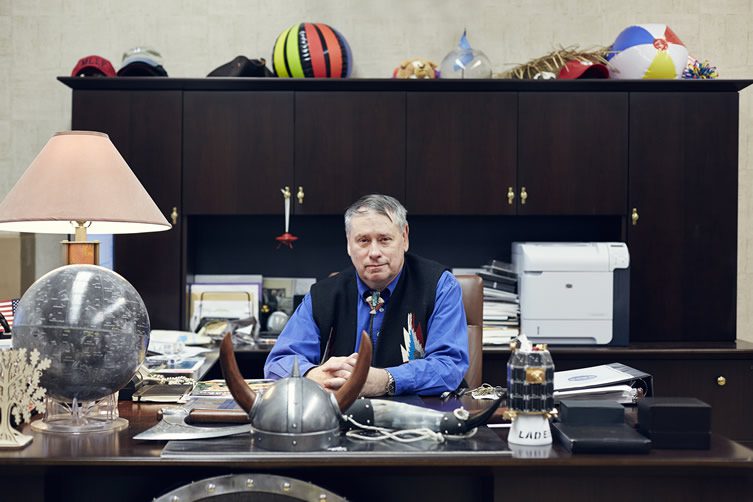 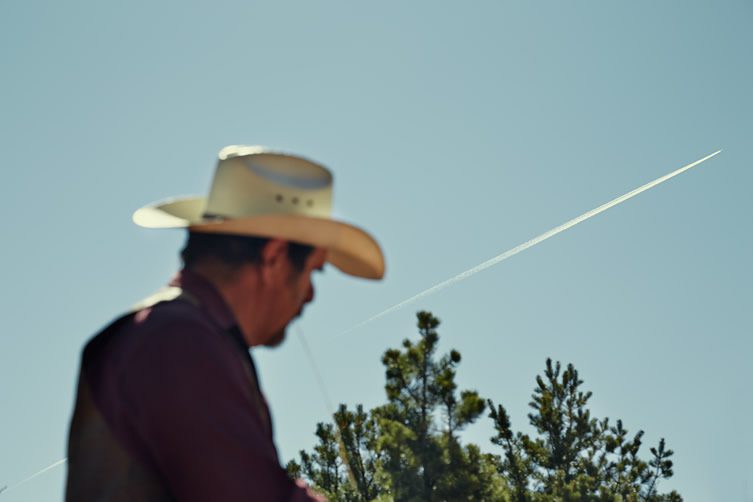 There are some very comedic parts in Disaster Playground, is the film a parody? Can you explain the importance of these scenes, for instance, the big red telephone?

Disaster Playground aims to get you to engage critically with the human condition in the space programme — the craft, the real people, their quirkiness, sometimes their imperfect reactions and their successes. 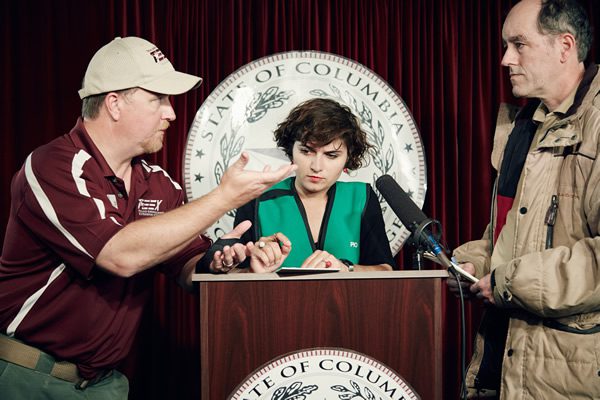 Some of the components of Disaster Playground are absurd and playful: a cowboy speaks through a giant red telephone while toy dinosaurs invade the offices of NASA executives. These props were used to “invade” our subjects’ workplaces, putting them in unusual situations that will force them to act more instinctively. Antonin Artaud, a 20th-century French playwright, is one of the key inspirations behind the process: he is the one who advocated highly ritualised and aggressive forms of theatre to produce strong responses in his audiences and the interviewees.

I was looking for the real truth, a dense performance, and I needed a radical strategy to get scientists to perform with the same mindset that they would have during a real day.

Disaster Playground is a platform for debate, a place in which we get to hear from the key actors of Planetary Defense all the way to the UN, and where we can fully apprehend the complexities and human involvement with such science and such roles. It’s also forcing our actors/scientists to perform their role, enact and re-enact a situation that they have yet to experience, and therefore it acts as a training device too. 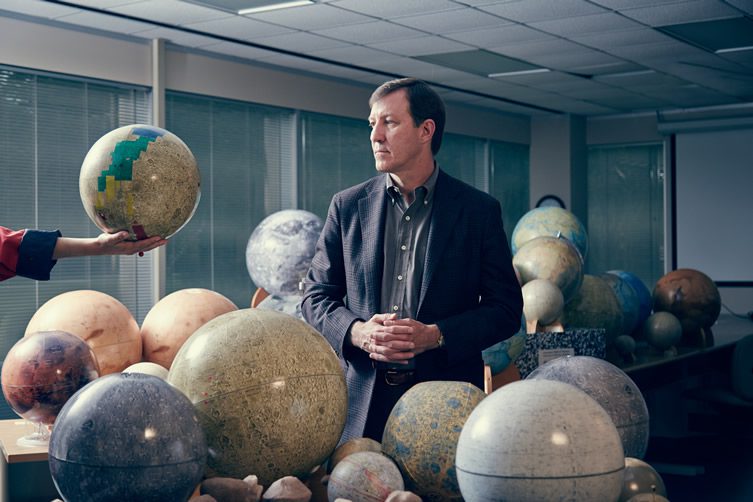 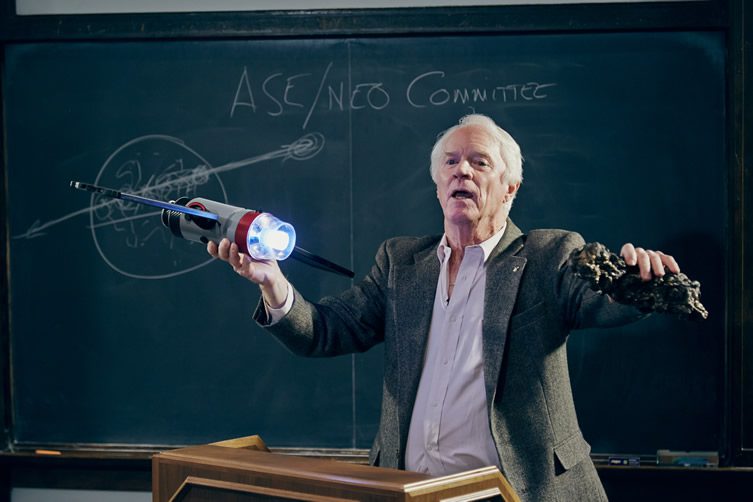 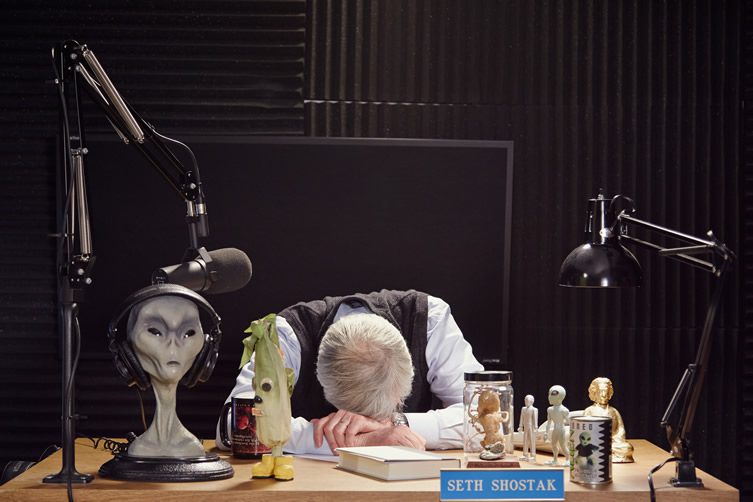 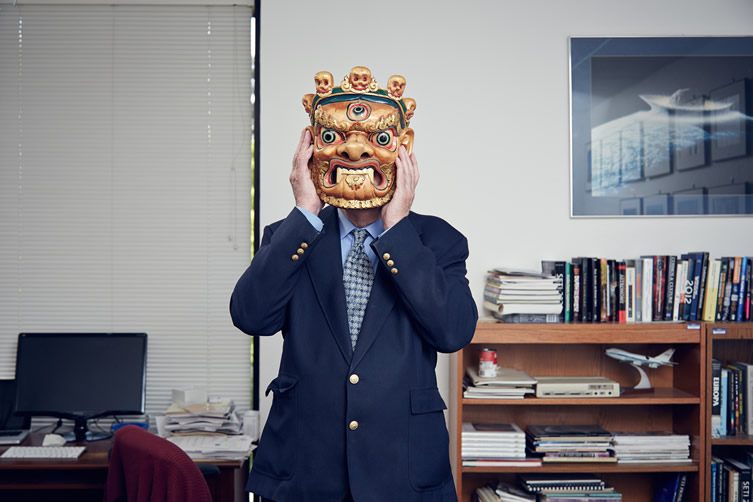 You’re an extreme experience designer, why so? Why extreme? Do you want to blow peoples minds? What is the motivation behind this? 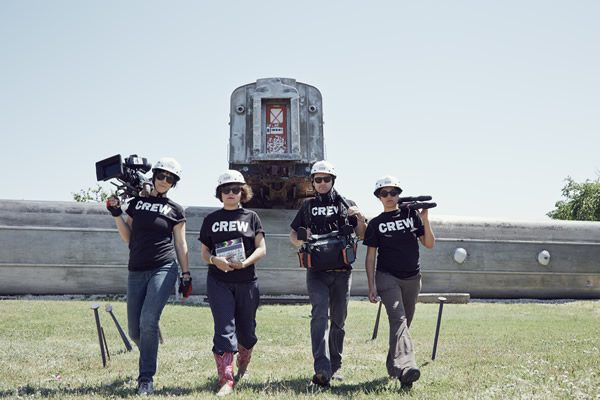 I’m looking at ‘extreme’ ways to engage the public with what scientists are doing. Getting the human component back into the picture. I’m not just going to show numbers of success; I’m going to show the vulnerability of the mission or the difficulties in coming up with the correct decision. Disaster Playground is trying to get you, members of the public, into their shoes.

I design ‘extreme’ experiences for the public to access the surreal and fantastical in science. That means that I design dark energy in your kitchen sink, while a volcano erupts on your couch, and you’re traveling in space onboard your Soyuz Chair, while being bombarded with sonic booms and neutrinos in your bathroom. There are no limits to what form or shape the outcomes might take. One day it can be a film, another a chair, or an opera, or an installation. It all depends on the experience I choose to create. 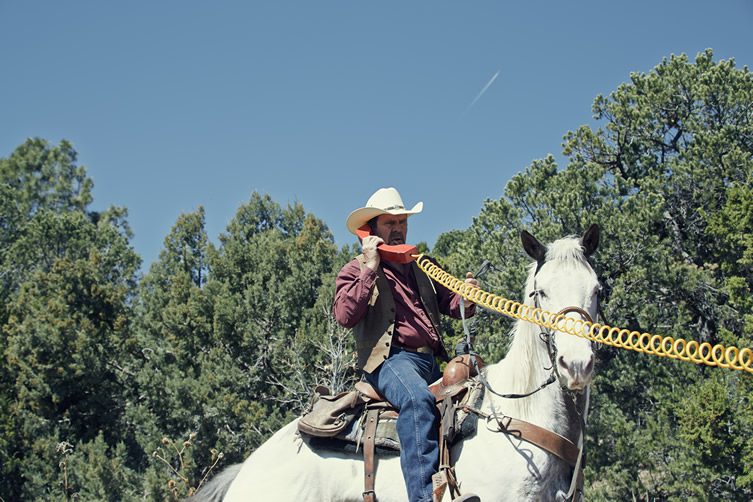 Do you create experiences at home? Perhaps when cooking or cleaning? Do your ideas come out of the blue and just appear?

Ideas are everywhere, that is the most human skills we have: imagination. It’s also a ‘muscle’, all of us have ideas; the most difficult part is to make them a reality — to filter them, to edit them, to transfer them and then to deliver them. That’s where the ‘creative’ starts for me. Having ideas is not complex, making them happen is the hard bit.

Yes I cook, and run, and do everything whilst thinking up ideas. It never stops. Everything is inspiration, but again, the rest comes from hard work, ethics, production, trial and error and research. It requires permanent focus and no compromise. 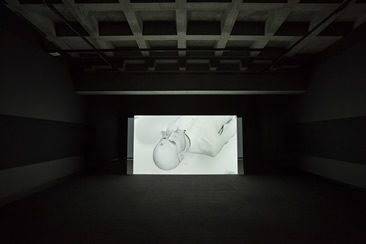 Ah, classic LOLs from the guy inflating his girlfriend's underpants with a hairdryer, although I can't see that relationship lasting “forever” when she wakes up with third degree burns on her bum cheeks. No wonder he looks so guilty. To find out... 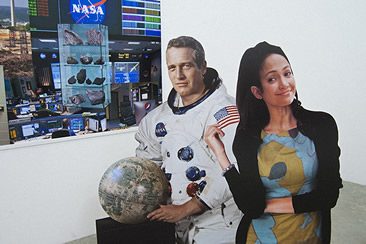 This year's Academy Award nominations are out and, as usual, there are murmurings of discontent about the films that have made the shortlist, and those that haven't. Nick DeMarco's star-studded feature presentation Here on Earth, for example, seemed... 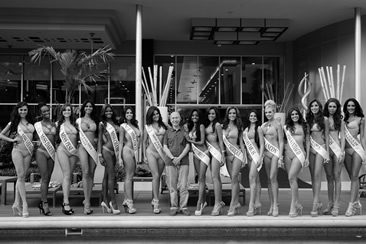 Manchester arts venue Cornerhouse is getting ready for its big move to First Street; the centre's metamorphosis into HOME is due to happen in the Spring of 2015, and by way of a farewell to the present triangular premises – home to Cornerhouse... 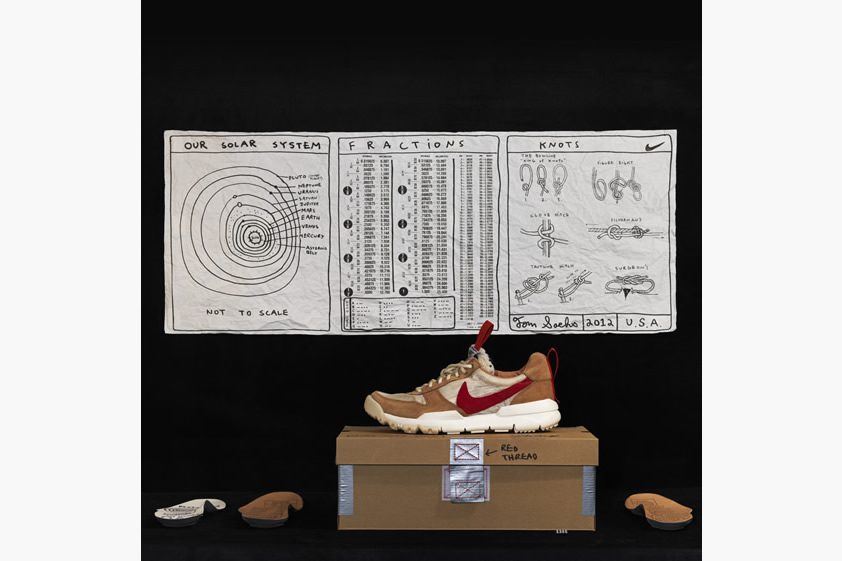 Artist's collaboration brings a touch of eccentricity to the final frontier...

In a world full of insipid, paint-by-numbers collaborations, where celebrity flatulence is bottled and branded without even so much as a bum cheek raised; it's always a welcome relief to see a meeting of minds that yields thoughtful and fascinating...