If you’re going to Voodoo Ray’s, you’d better go hungry. The New York-inspired pizzeria in East London serves up enormous 22-inch “pies”, as those crazy Americans call them, which are designed for sharing. As far as that idea goes, I’m with fictional native New Yorker Joey Tribbiani. JOEY DOESN’T SHARE FOOD! You can also buy pizza by the slice, if you are that particular sort of wimp.

Voodoo Ray’s has certainly been welcomed onto the dining scene in Dalston, and now outlet number two has just opened in Shoreditch’s Boxpark development. The constraints of the premises were of prime consideration to London design studio Brinkworth; Voodoo Ray’s consists of three of the metal shipping containers that are the basic unit at Boxpark. Brinkworth played on the linear geometry of the space with three bar counters backed with bold tiling that echoes the Dalston forerunner. They also accentuated the metal environment, fabricating zig-zags from colourful corrugated iron. The blazing neon sign at the front is another tip of the hat to the original Voodoo Ray’s place — after-dark diners can enjoy a slice lit only by the sign’s red and yellow glow. 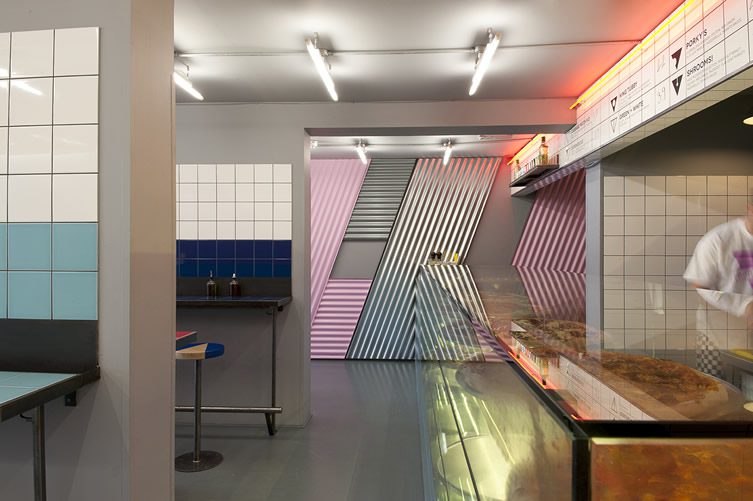 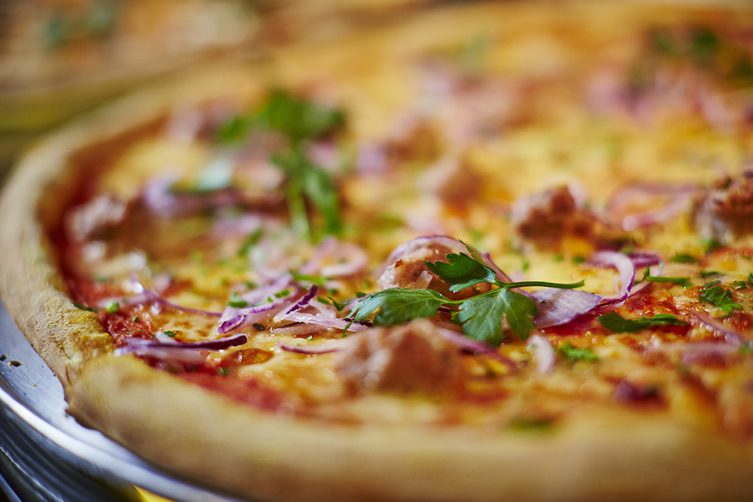 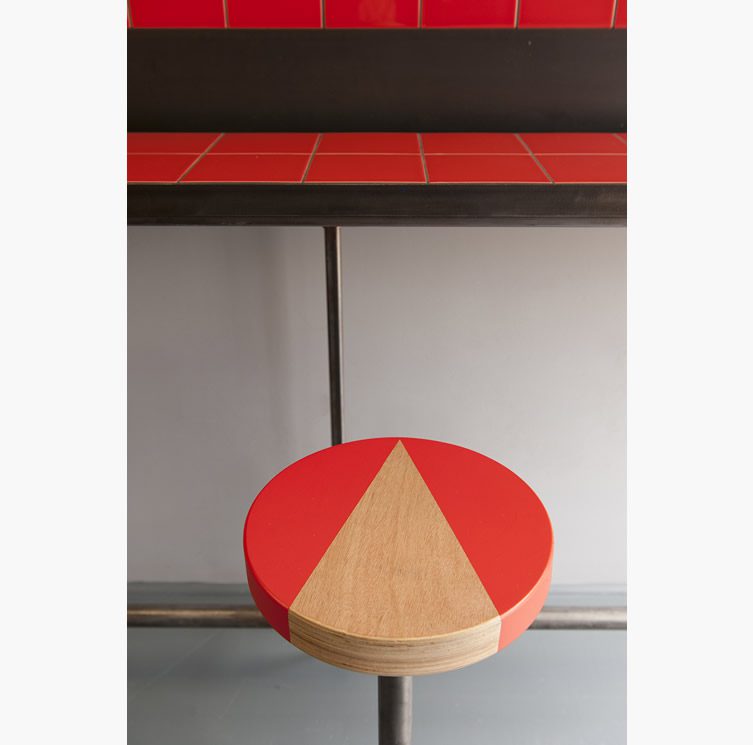 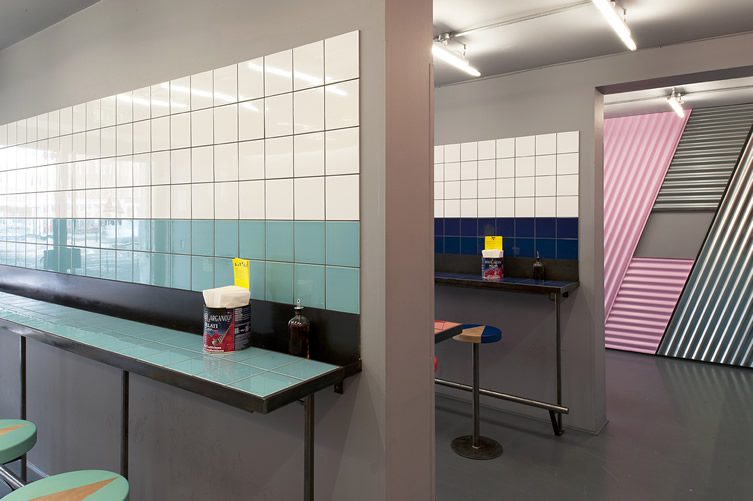 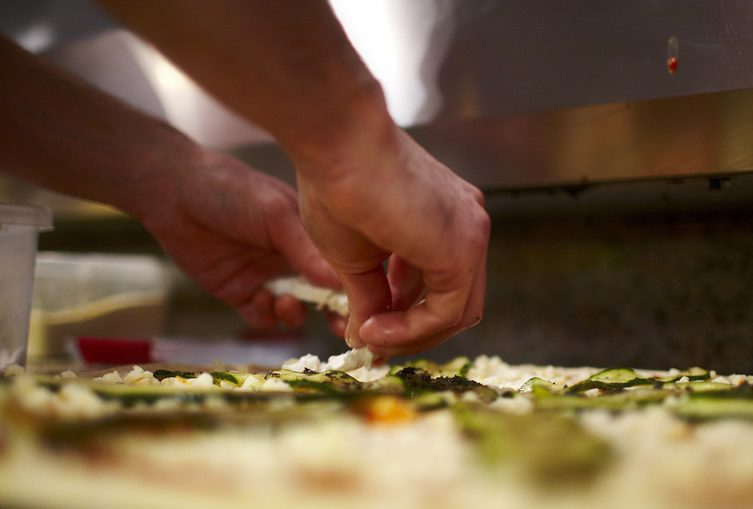 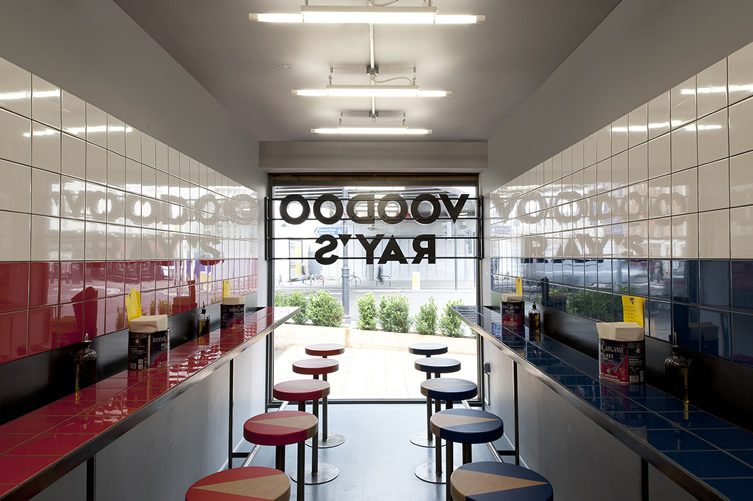 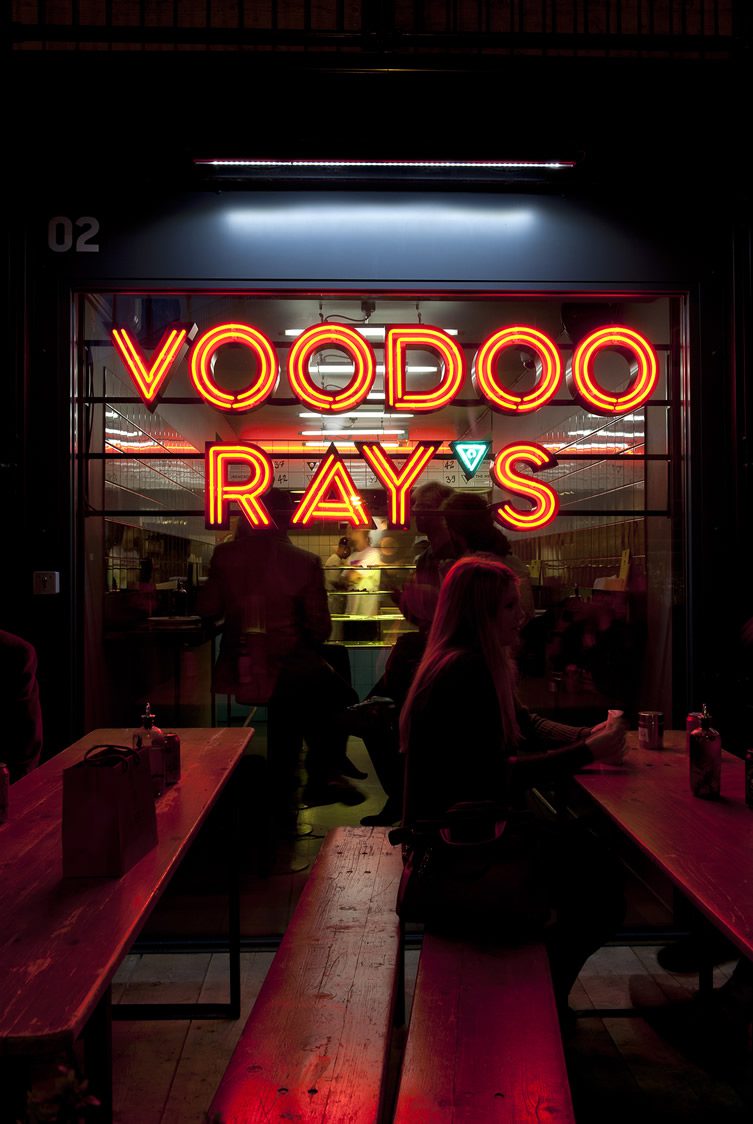