Forget about Mickey Mouse, the real top cat of animated animals is Felix, and he’s getting due props at a group show featuring the work of Los Angeles’ diverse creative community. Slow Culture, a gallery in the Highland Park neighbourhood, has invited 40 of the areas brightest talents to weigh in on the Felix show, including artists and illustrators, tattooists and creative directors — charging each one to produce a new work that captures the spirit of the mischievous moggy.

Felix was first seen in a 1919 silent short Feline Follies, and got his name shortly after in The Adventures of Felix. He was soon a massive audience favourite; by design, the character was perfect for the fledgeling movies — black body, white face, big eyes and wide grin. He was instantly recognisable, too. The New York Yankees adopted Felix as their mascot in 1922, and he became the unit insignia for a US Navy airforce squadron. Angelinos’ special relationship with Felix comes from a tie-in with Chevrolet; Felix’s grinning face beamed down from the giant sign of the Felix Chevrolet dealership in downtown L.A. for many years. After the death of the character’s creator and an ill-fated flirtation with sound, Felix cartoons disappeared from the screen while Disney’s Mickey and friends stole the limelight. After a redesign, Felix re-appeared in the ’50s with an updated look and a Magic Bag of Tricks, leading to even more mischief and surrealist shenanigans which continue to inspire subversive creativity. Felix: The Cat’s Out of the Bag runs until 30 May at Slow Culture. 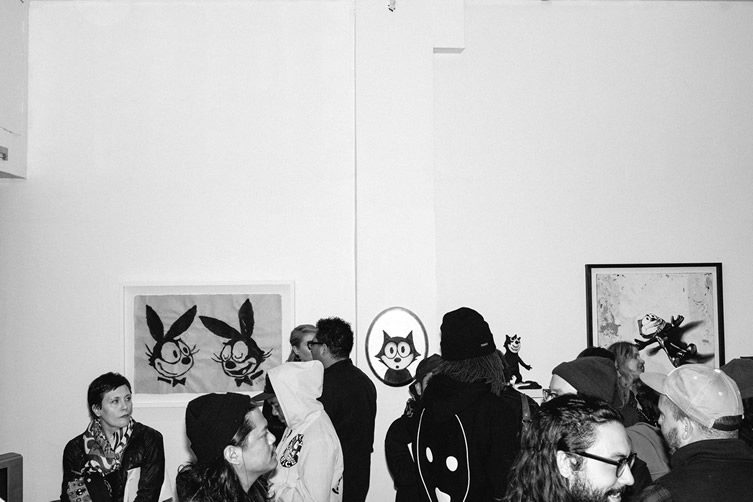 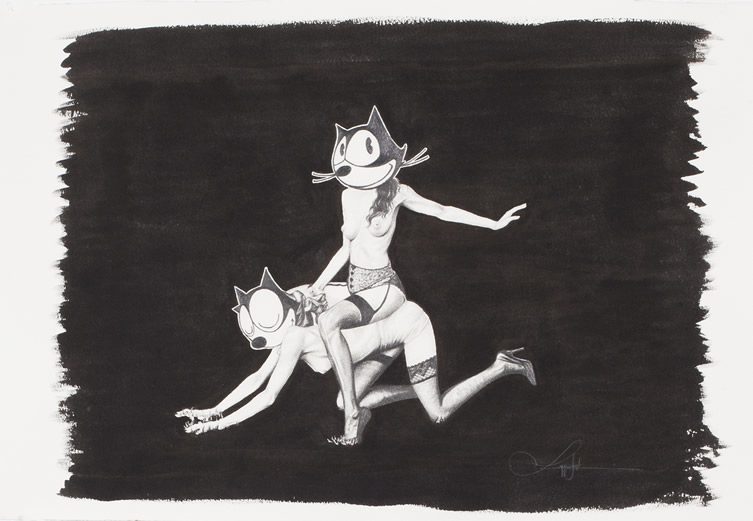 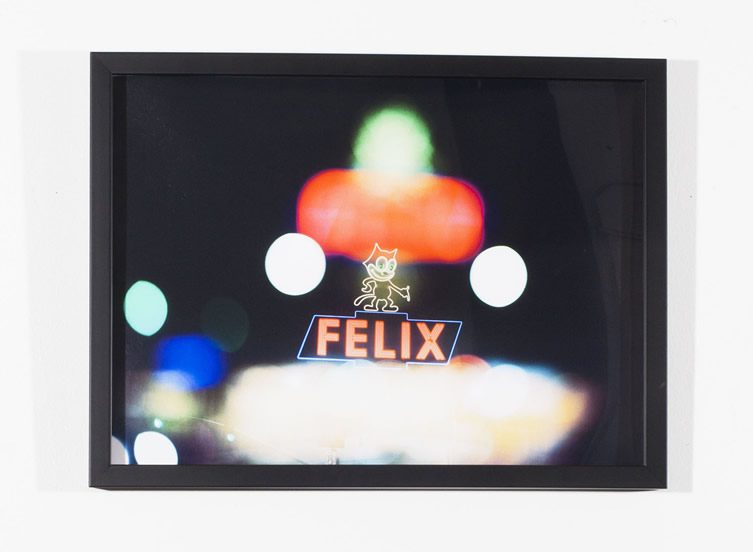 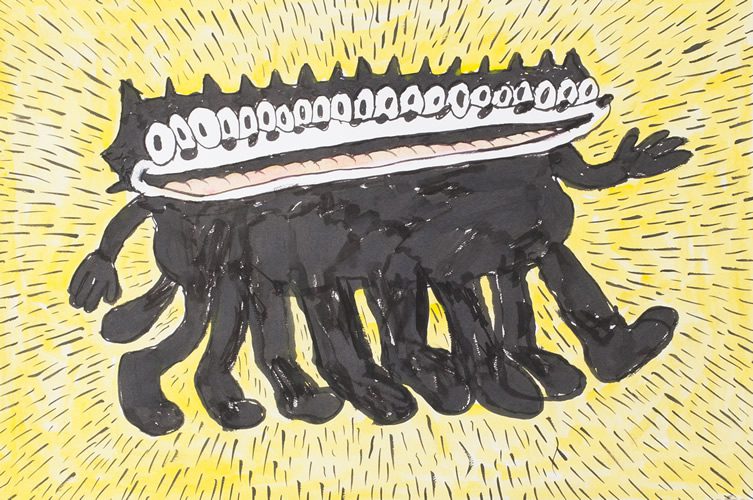 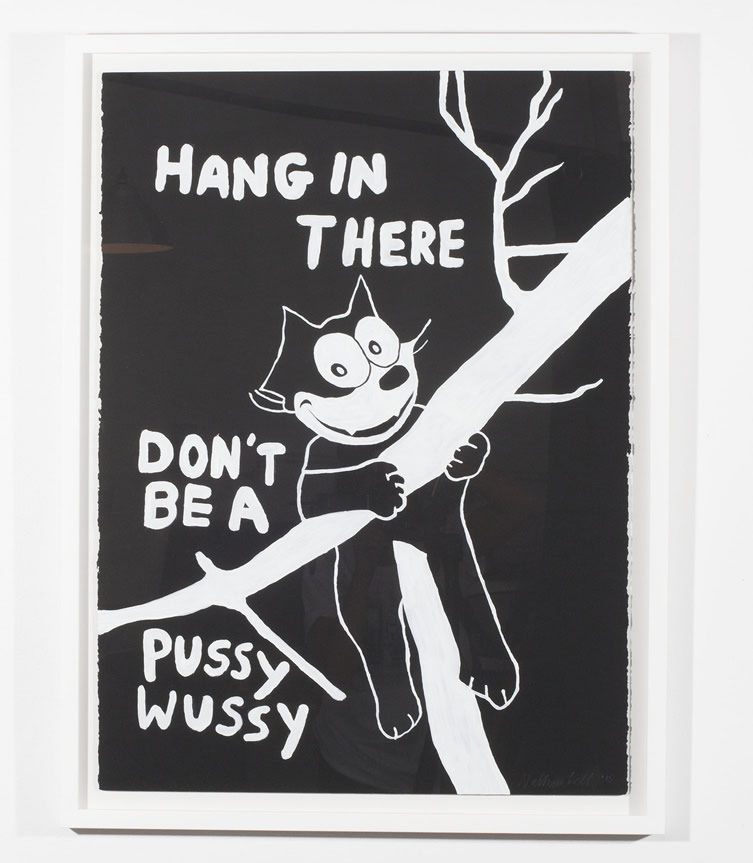 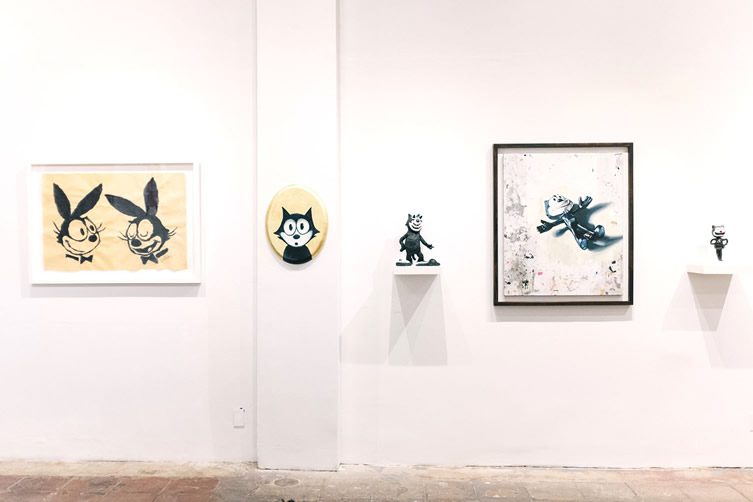 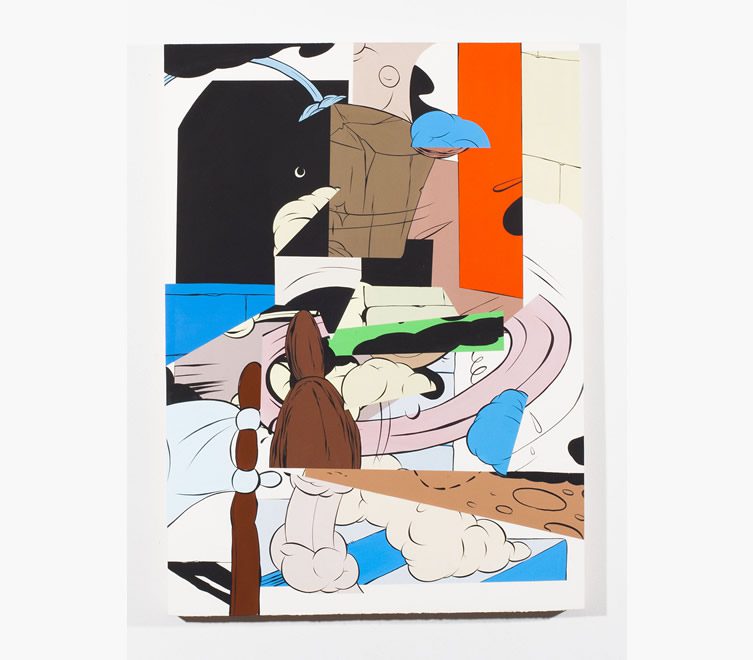 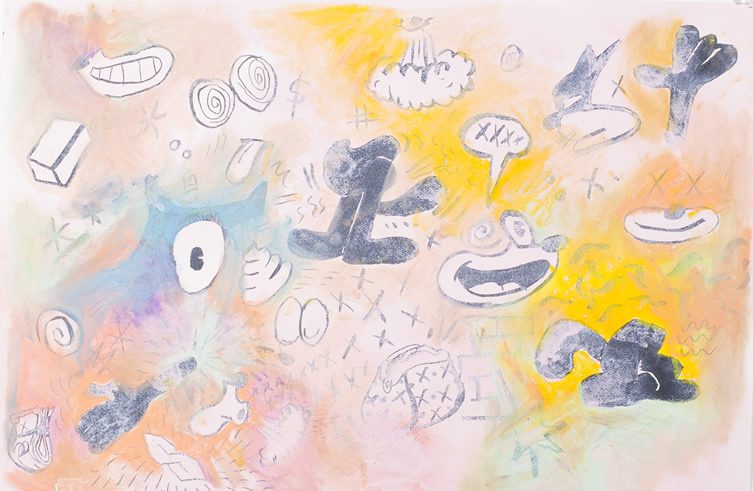 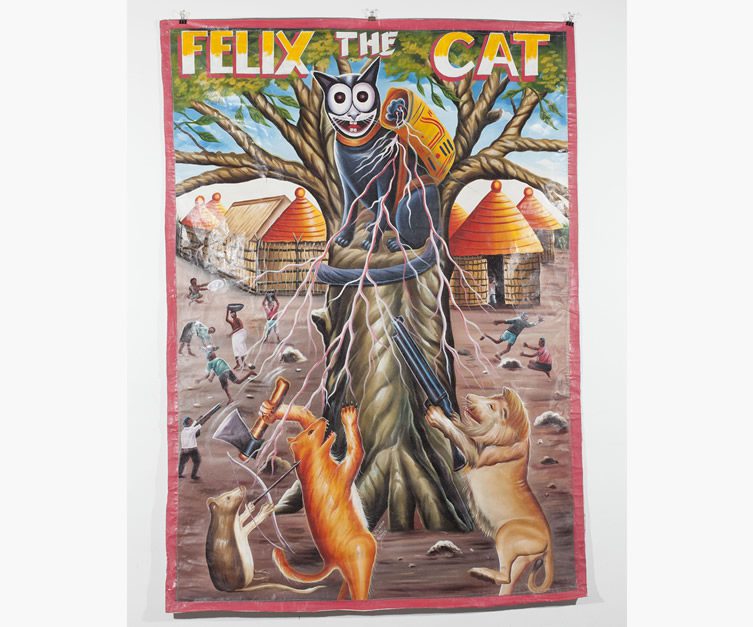 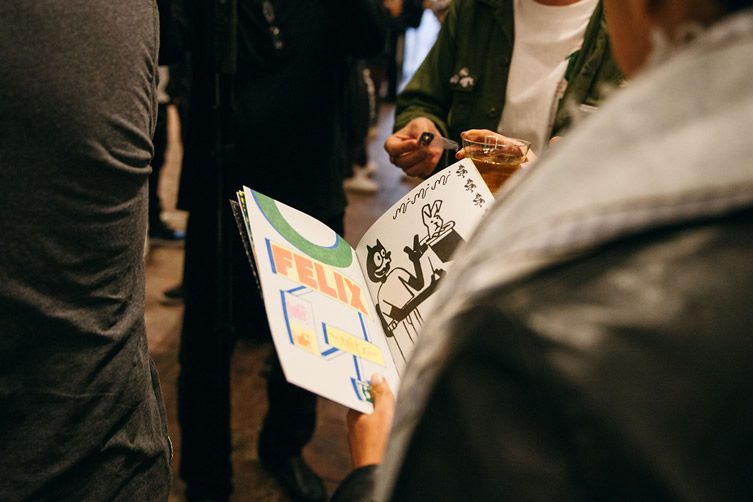 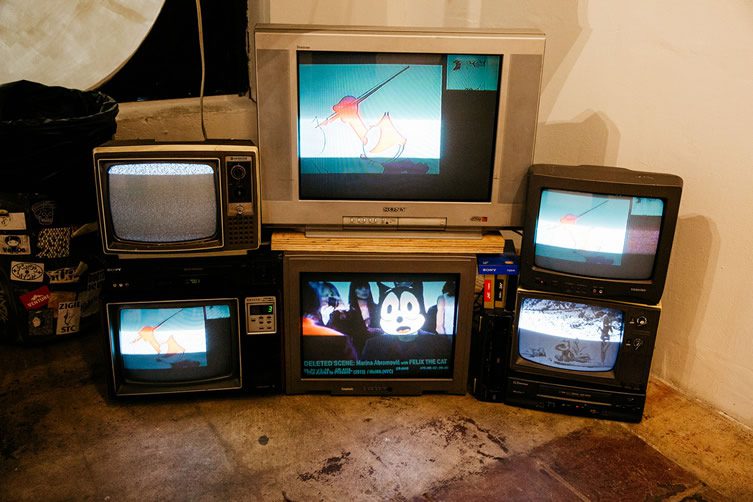 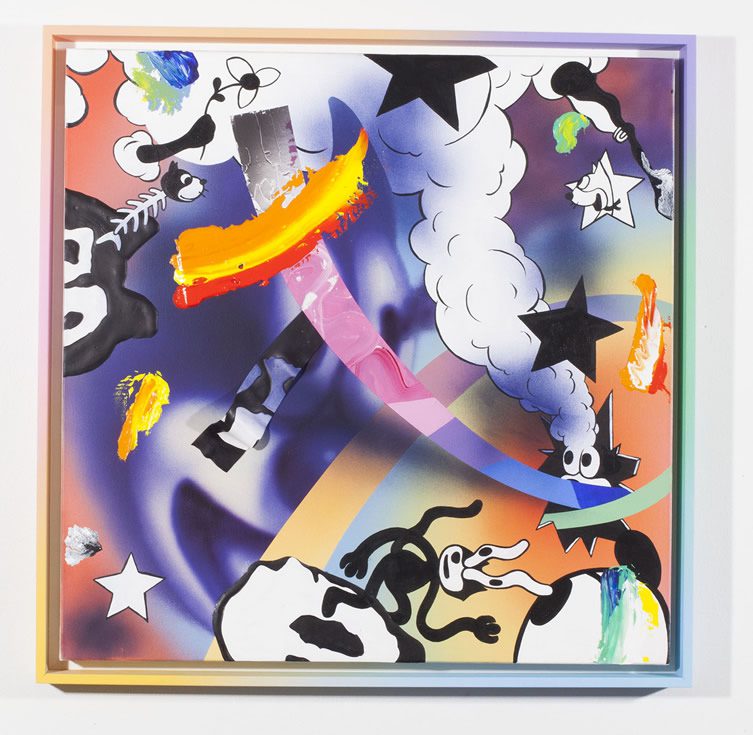 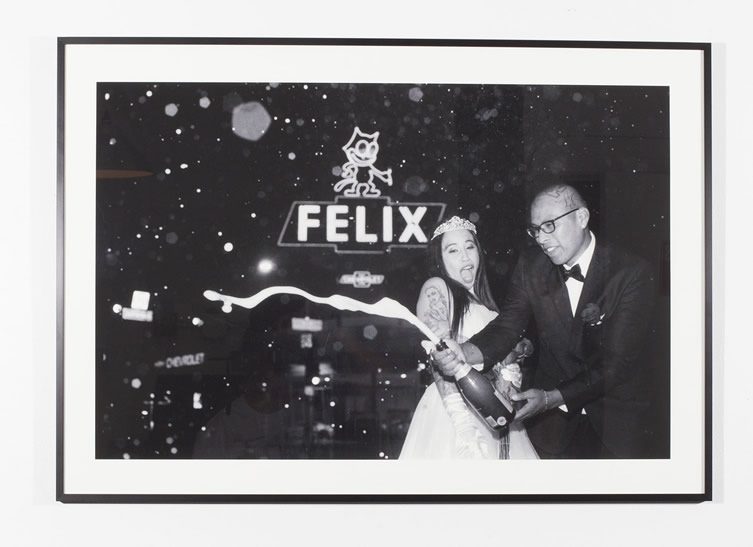 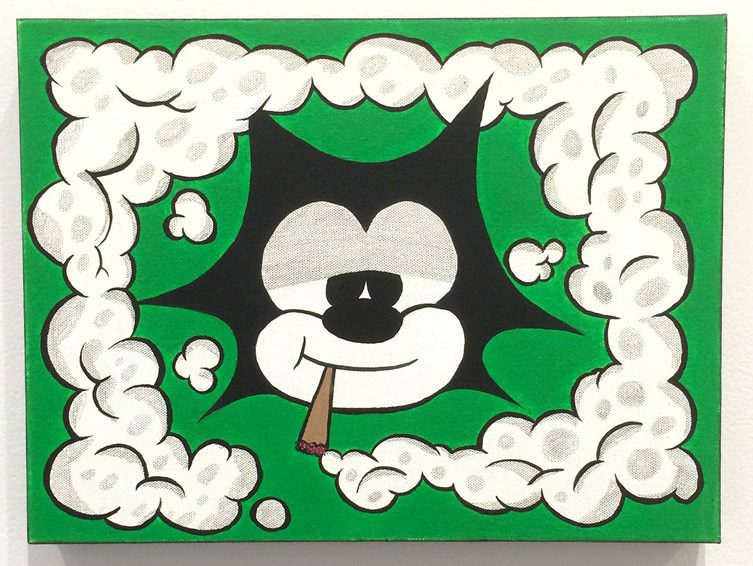 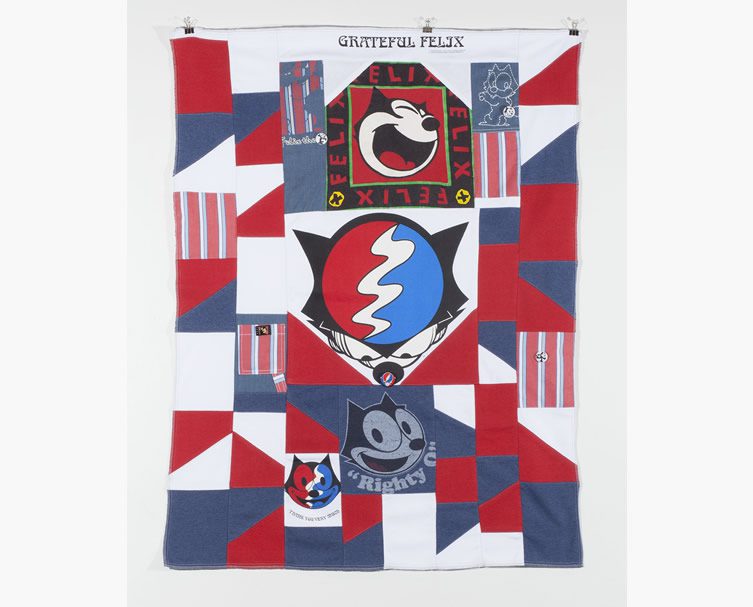 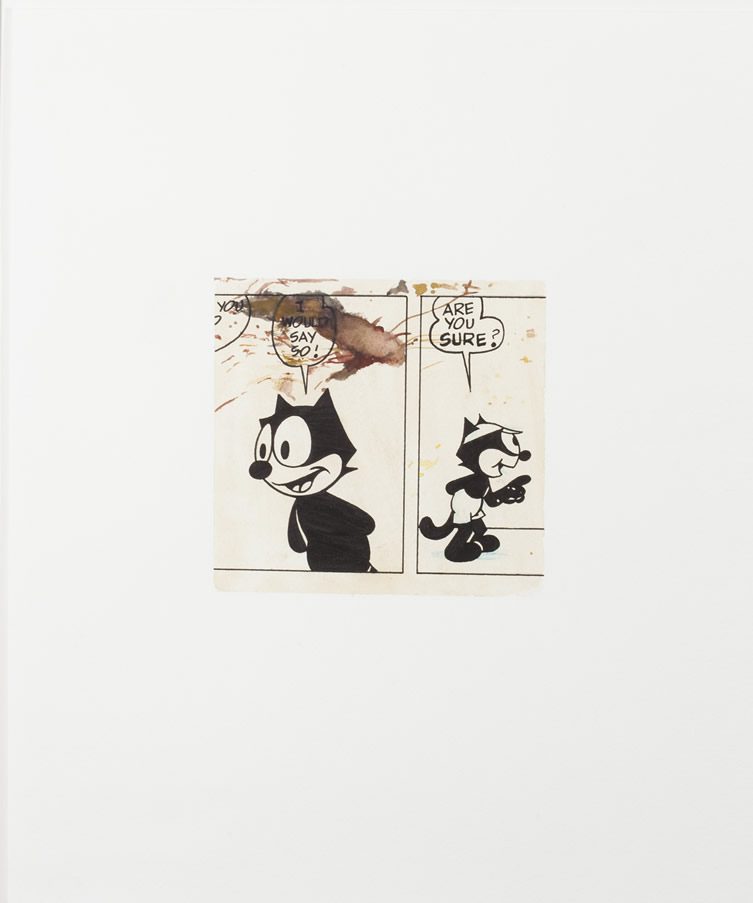 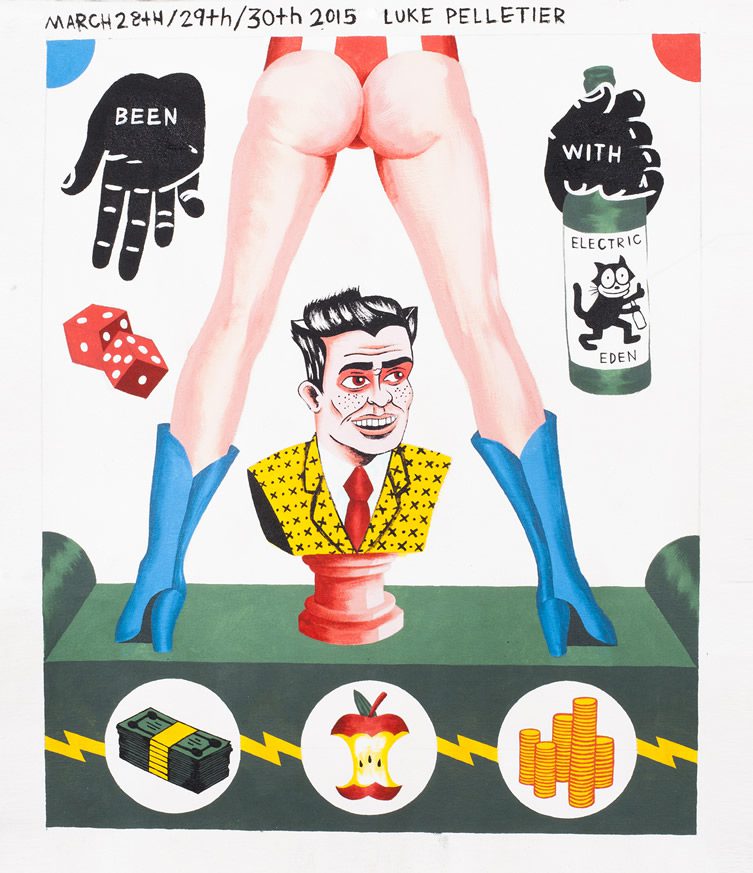 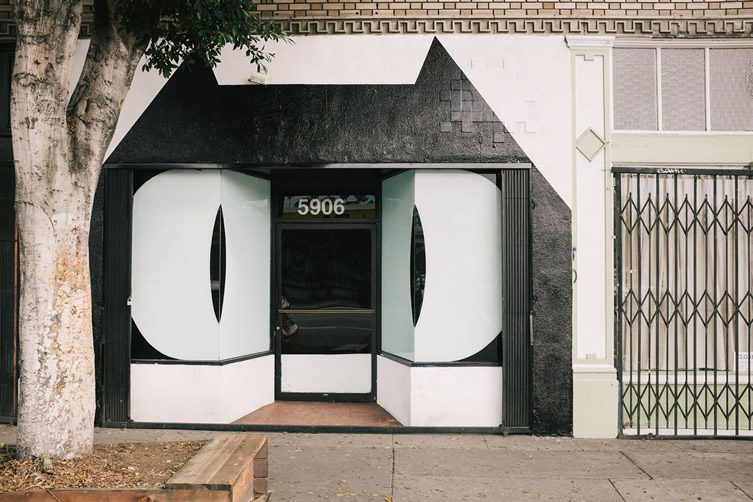