Andy Warhol was noted for his exploration of repetition in his art, and the 1978-9 work Shadows is a spectacular manifestation of that obsessional quality. The project was conceived as a single piece made up of 102 panels featuring the same two images over and over again, rendered in both silkscreen print and hand-painted canvas. The work can now be seen in its impressive entirety for the first time on the America’s West Coast at the Museum of Contemporary Art, Los Angeles.

The images Warhol chose were pulled from photographs taken in the dark corners of his legendary New York studio The Factory. In using these abstract forms, Shadows – while continuing the artist’s fascination with repeating imagery – avoids Warhol’s equally well-known penchant for using pop culture imagery, icons and commodities in his paintings. The sections switch between positive and negative imprints, and in general the “peak” (the taller shape) is seen on a coloured background, and the “cap” hovers on a black background; colours range from electric green to sombre brown. The Shadows project followed Warhol’s abstract work in the Oxidation, Rorschach and Camouflage paintings of the previous year, and was once referred to by the enigmatic artist himself as “disco décor”. It doesn’t come across as quite as upbeat as that description suggests it ought, but boogie on down to the gallery on South Grand before 2 February for the full in-person experience. 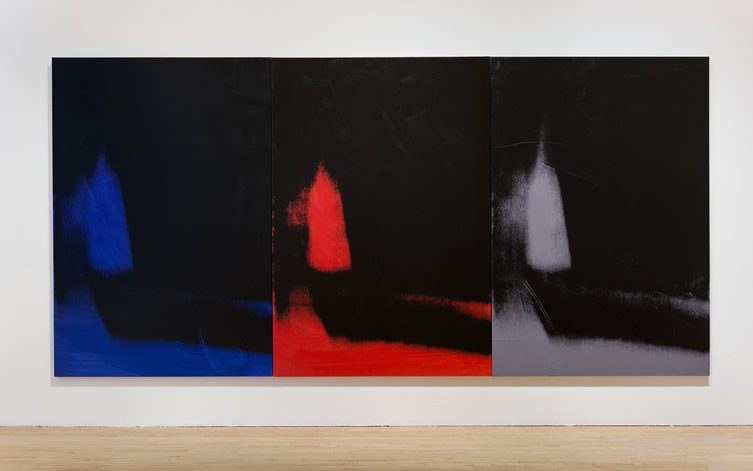 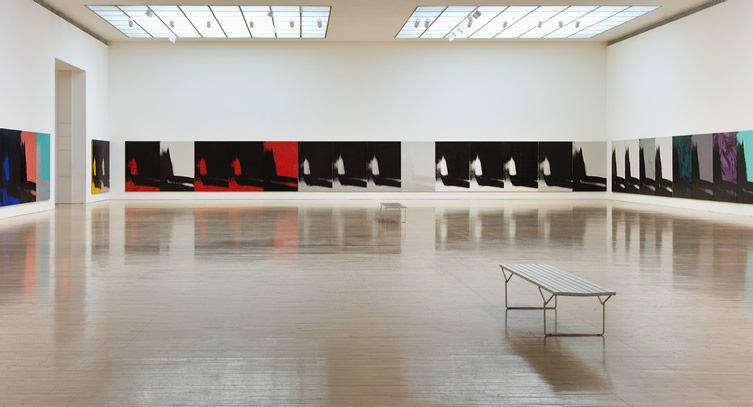 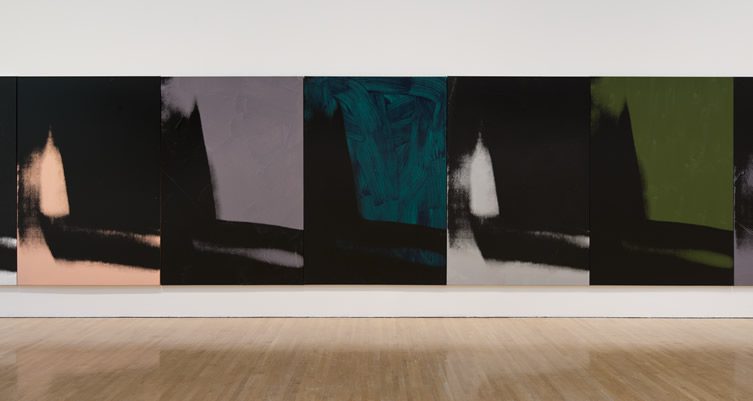 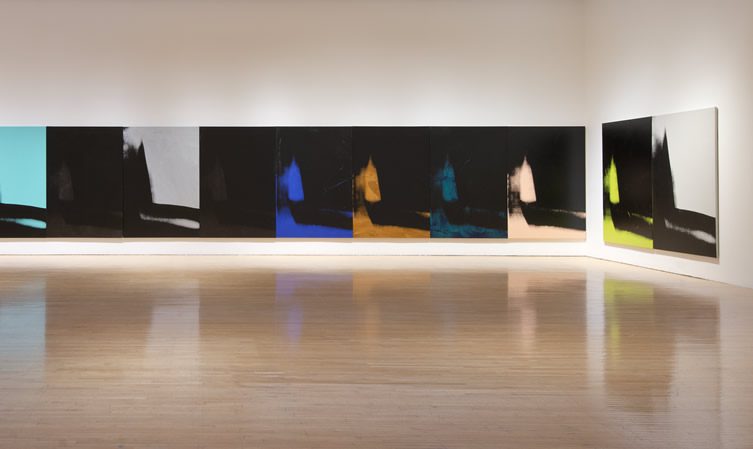