Scrag End co-founder Sascha Rust met a lot of unsung food heroes in his time as a young chef in Australia. As he mentions in his foreword, Sascha was forever crossing paths with forward-thinking orchard growers, chocolatiers, apiarists and farmers who were deserving of wider recognition. “Why can’t everyone know about these guys?”, he wondered. Now they can: with the help of brother Björn, the dream of providing a platform to discuss the broad topic of food is a reality. After a successful pilot publication, Scrag End is officially up-and-running with the launch of Issue One, and is distinct from the plethora of other food magazines out there straining the shelves in its holistic view of the food system, and an editorial commitment to putting ethics in the centre of the table.

Issue One, which spotlights producers, opens with Robert Pekin’s eye-opening look at the struggle rural Australia faces to eat well. This is not a question of economic poverty, but rather one of status; the provinces are, paradoxically, the last link in the food chain despite being the source of Australia’s domestic food production. Farm goods are transported vast distances to city markets, where it joins that of the thousands of other growers around the country. The city consumes the best of it, and what is left is returned to rural areas, poorer quality and less fresh, and all at great environmental expense. The farmers can of course consume their own produce, but that’s not going to do much for their nutritional well-being if they’re a one-crop operation. 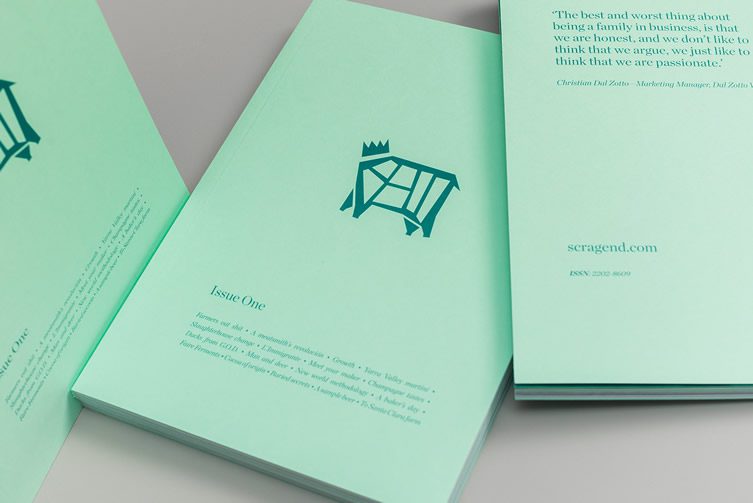 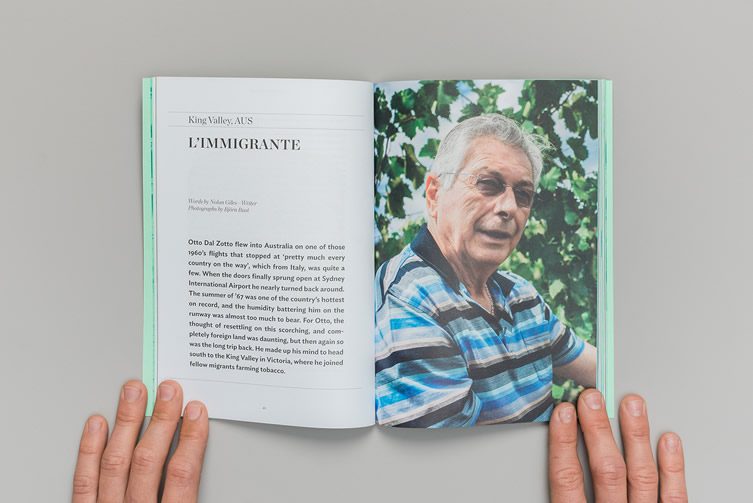 As Pekin contends, the problems of Australia’s modern food industry have deep roots going back to the settling of cities on the country’s most fertile areas – areas that are swallowed by urban development, pushing the agricultural industry further into an increasingly hostile wilderness. How can it take longer to transport food to rural Australia than it did 100 years ago? The author has some ideas about that, and importantly, on what might be done to fix the current problems. You shall have to buy a copy of Scrag End to learn what they are.

“Farmers Eat Shit and Take Crap” is the headline to Pekin’s article, typifying the journal’s straight-talking stance, but Scrag End’s first issue is far from a mouthpiece for moaning socialist agrarians. Rather, it’s an essential wake-up call on behalf of those who underpin Australia’s very way of life, a plea for wider acknowledgement of fundamental problems in the food system, but also – crucially – a celebration of the sector’s innovators whose diligence and intelligence deserve championing.

Scrag End may seem a slightly perverse title; named from the cheap neck cut of lamb that’s used in stews, the journal is actually designed as a luxury product (the real reason for the name is to pay homage to nose-to-tail cooking practices). As designer Björn notes, the decision to print on paper in the digital age was a conscious move to add an intrinsic physical worth to the publication along with its journalistic quality. He argues print media, once a necessity, is now treated with a reverence due to it’s comparatively high production costs, and that readers feel more invested due to the time it takes to put together.

We urge you to judge for yourselves. The beautifully-delivered Scrag End Issue One also features articles on the price of ducks, the Dal Zotto Prosecco-producing dynasty, a catch-up with Coffee Cup’s Josh Russel on his return from a buying trip to Guatemala, and Sam Pendergast of Fair Ferments on what happens when big business abandons regional growers. Snag yourselves a copy from Scrag End right now… 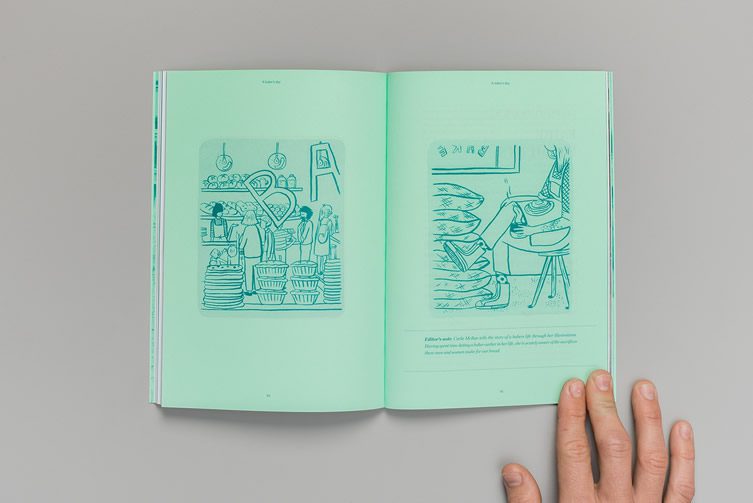 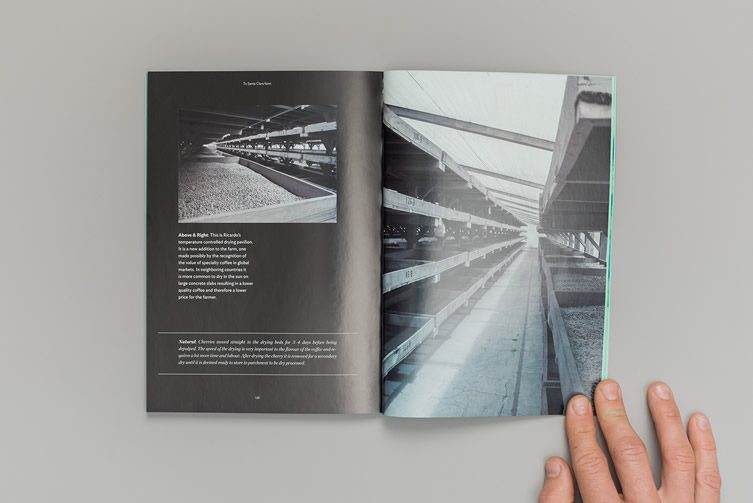 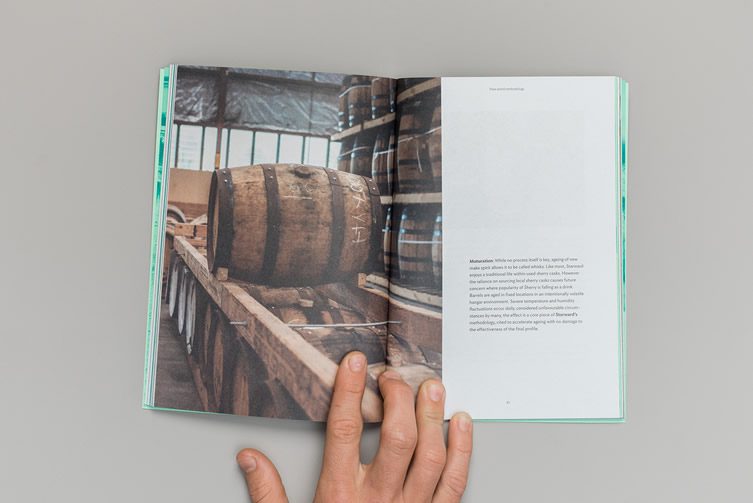 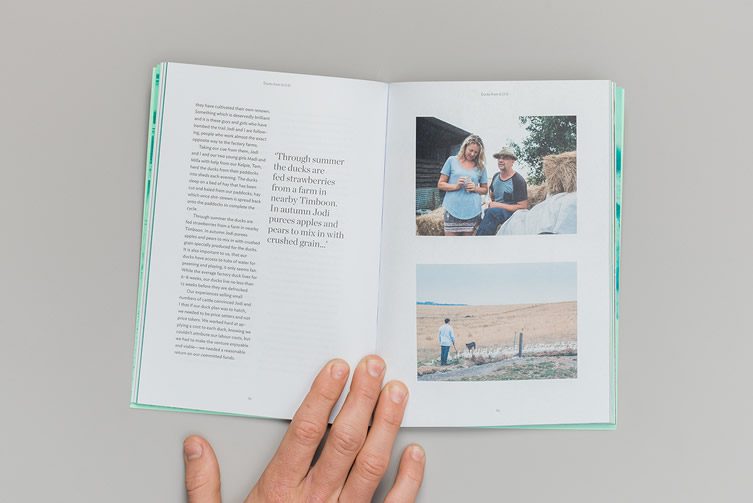 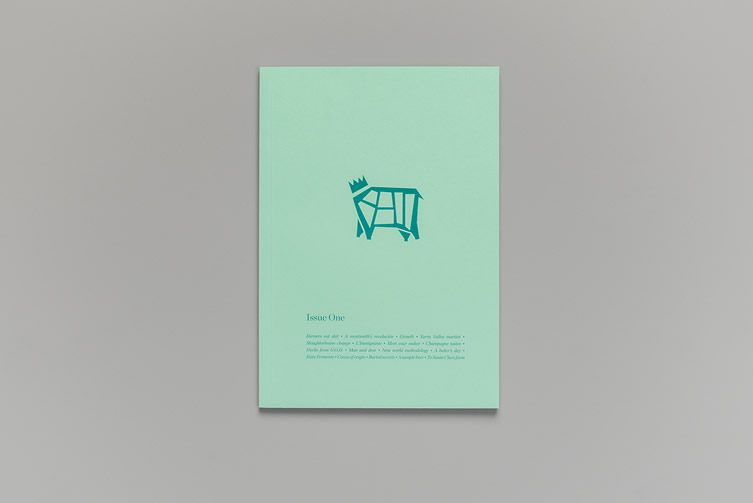