Don’t you just hate it when the perfect photo opportunity passes by? These days many casual photographers use their smartphones as their main way of taking pictures while travelling, or just out and about with friends, but often that ideal shot has vanished while they’re still fiddling with the device’s user interface. It can also be tricky to get the timing right – for example on action scenes where shooting the magic frame depends on activating the shutter at exactly the correct moment. Getting it right can be more luck than judgement.

Electronics innovator LG has been living up to its slogan “Learning From You”, listening to the problems faced by smartphone photographers and working hard to iron out those frustrating problems. The new LG G3 camera phone is the solution, packing in tons of cutting edge technology to help you maximise the moment.

The main camera is a 13MP unit with Laser Auto Focus – a feature usually reserved for high-end DSLR models. The G3 laser measures distances accurately in fractions of a second, meaning pin-sharp images can be achieved in a big hurry. Another feature that improves picture quality is OIS+ (Optical Image Stabiliser Plus), which cuts unwanted camera shake by 20% more than the previous model. The UI has been simplified too, with a single touch to the screen on the area of interest triggering an all-in-one focus/shutter operation. The front-facing selfie camera is state-of-the-art too; it’s a 2.1MP number with a large image sensor and gesture technology – simply clench a fist in front of the camera and a 3-second timer is activated. That should impress the Hollywood A-lister you’ve just bumped into! Viewing your images on the G3 is a whole new world of clarity thanks to the 5.5in quad HD display – that’s FOUR TIMES the resolution of a standard HD screen.

All this new technology may sound a little overwhelming, but in fact the opposite is true. Forget the acronyms and the futuristic concepts, the LG G3 has been designed to be as easy to use as possible, and compared to a DSLR and all the paraphernalia that goes with it, it’s a doddle – “Simple is the New Smart”! Check out LG’s video to see how the G3 streamlines the photographic process, removing all the lenses, tripods and baffling aperture settings and instead providing a sleek, powerful camera phone that takes pro quality shots yet is compact enough to fit in a pocket. It’s like the man says… Just shoot! 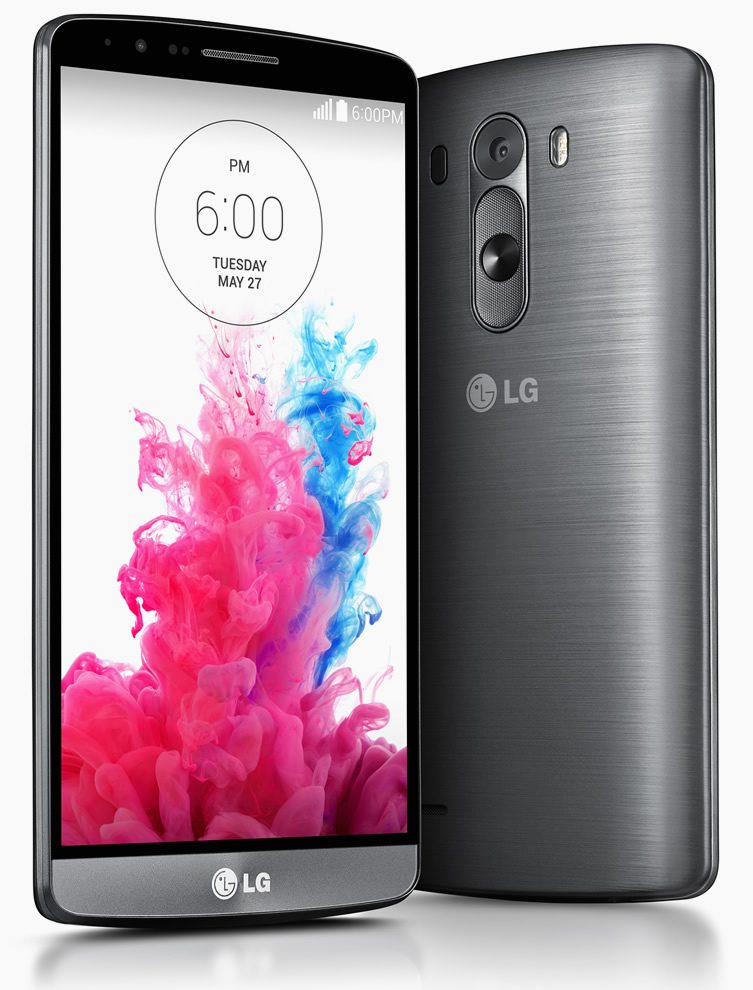