Architectural firm Studio TonTon has introduced something very contemporary to the cityscape of Jakarta with Kosenda Hotel, but the striking eight storey shard design can trace its origins back to the traditional houses of Indonesia’s Betawi tribe via 1950s modernism. A touch of the Decepticon about the place too, if we’re not mistaken.

The baton was passed to Domisilium Studio for the interiors. The rooftop features the lush tranquillity of an urban garden, and that green and pleasant feeling continues through the inside spaces. As well as the plants, natural materials have been used alongside concrete – the most striking example is the lattice wall of teak offcuts that rises through the hotel. Protected behind large internal windows, the cartoon art mural depicting Jakarta life is another conversation piece; that is the work of local artist Sanchia T Hamidjaja. Vintage furniture from designers including Svend Skipper and Poul Henningsen appears prominently.

In addition to giving the place its name, owner Rueben Kosenda also had a big say in the hotel’s development. He has recruited Stephen Gan – the man behind Reuben’s favourite Melbourne restaurants and skilled exponent of Malaysia’s Peranakan cuisine – to head up the Kosenda’s three food and drink areas. The Waha Kitchen is the more formal dining option, 127 Café is an indoor oasis of bamboo and trickling water, and the Awan Lounge is the name of the rooftop area, with a great view of the city skyline. 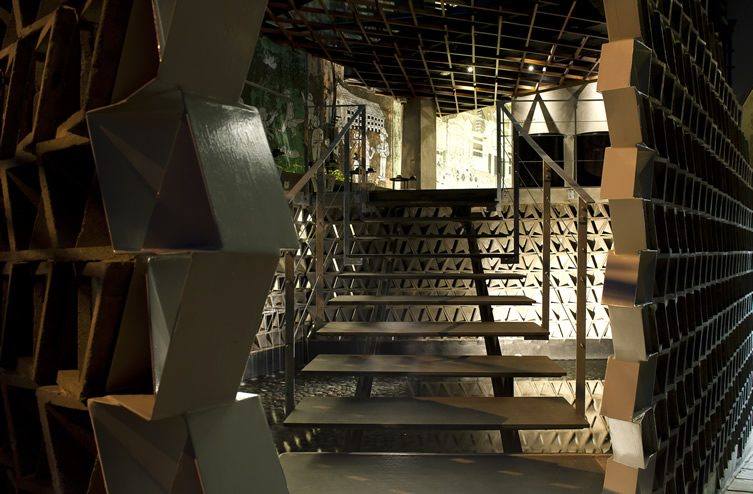 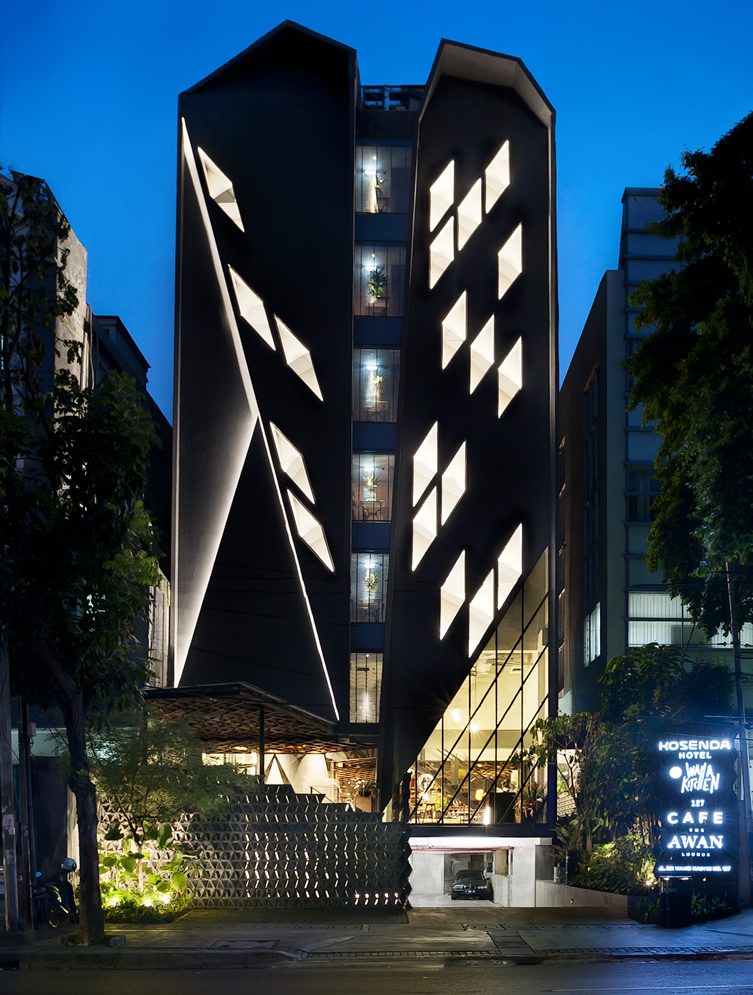 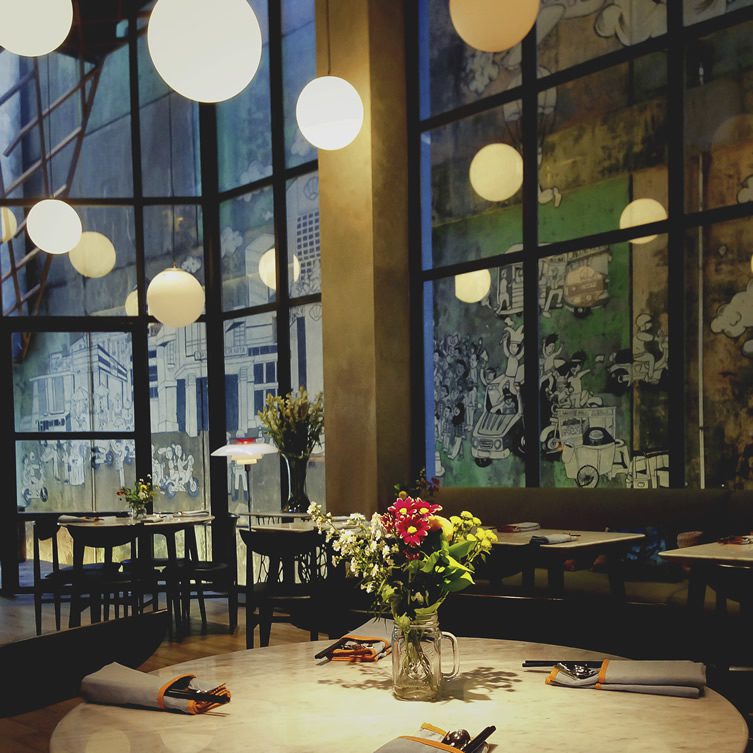 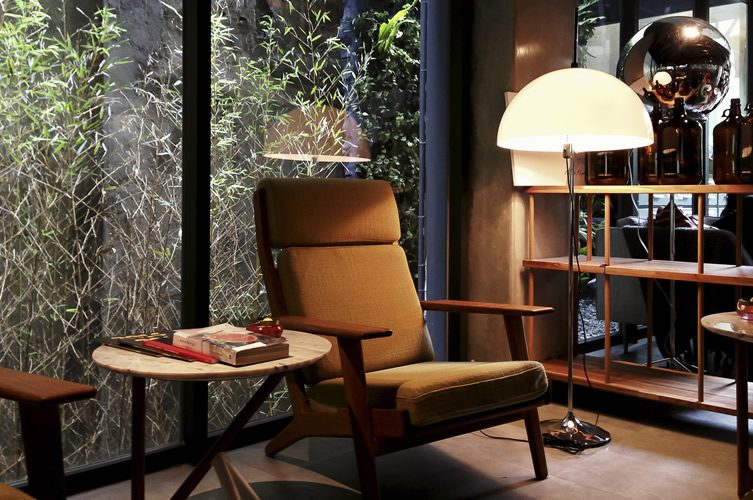 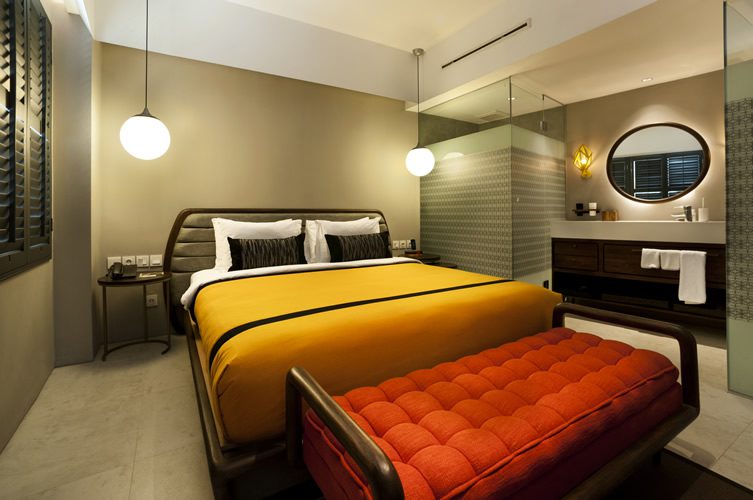 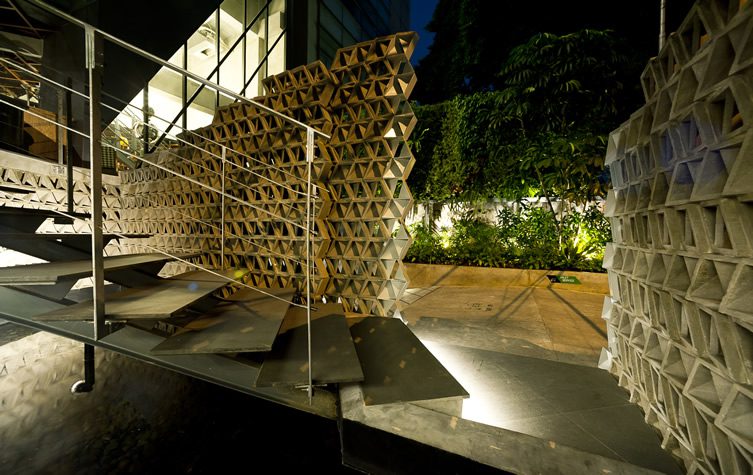 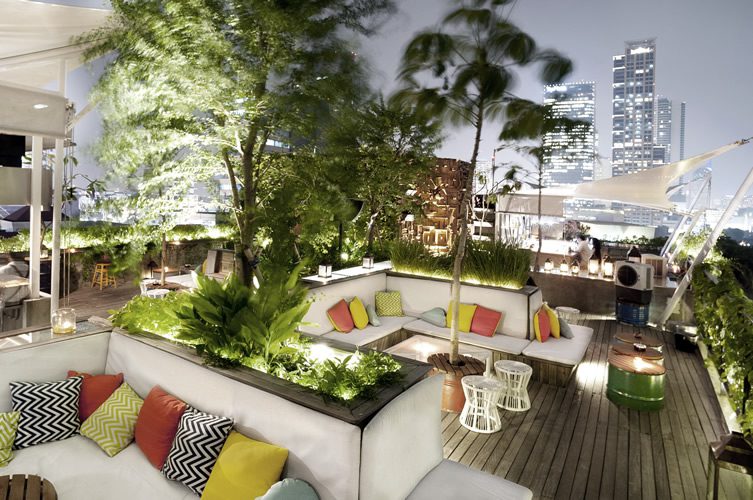 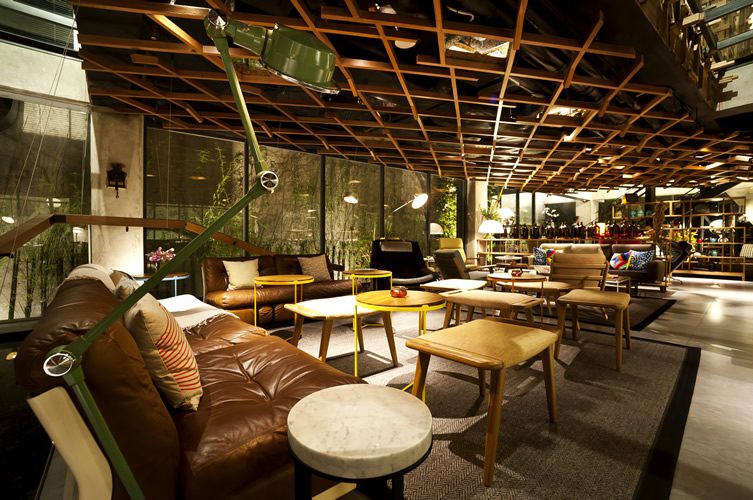 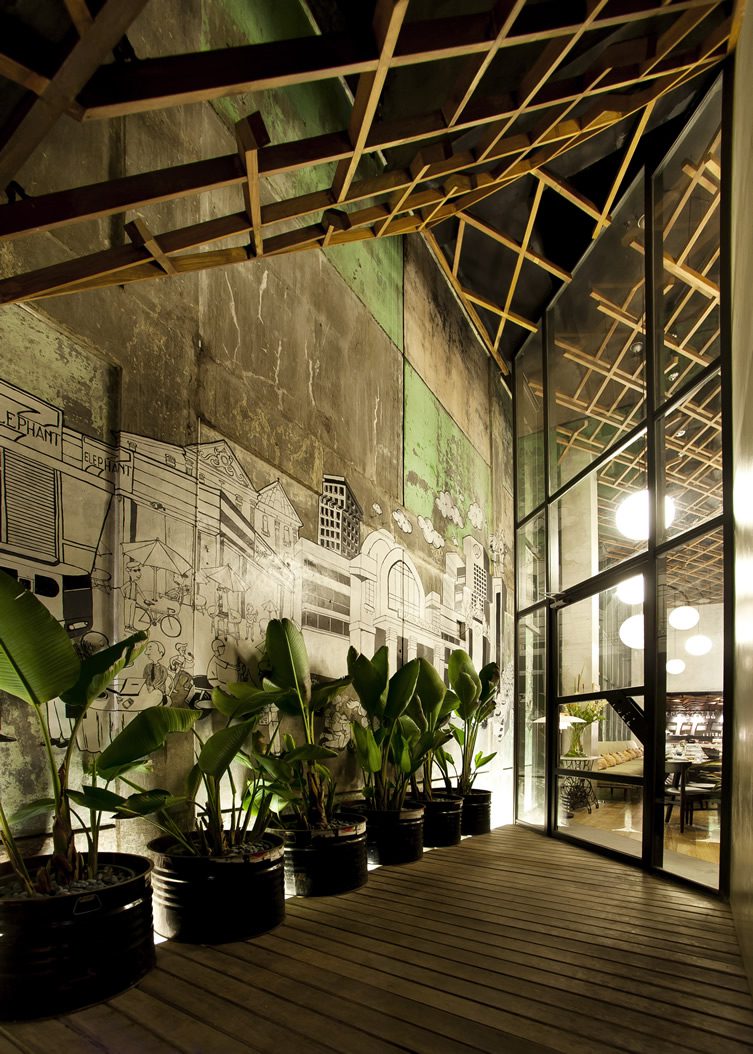 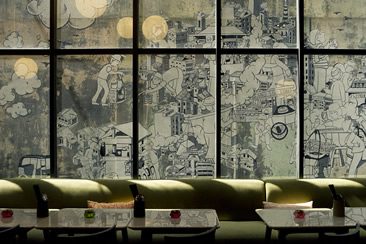 Contemporary design hotel shines in the developing city of Jakarta...

Architectural firm Studio TonTon has introduced something very contemporary to the cityscape of Jakarta with Kosenda Hotel, but the striking eight storey shard design can trace its origins back to the traditional houses of Indonesia's Betawi tribe...