The humble summer festival, a phenomena that has teetered on the edge of self-implosion of recent years. Michael Eavis’ prediction of doom and gloom has become somewhat of an annual event in itself, whether they are a Sir Alex Ferguson style attempt to manipulate someone or something via the media remains to be seen – what is for sure, is that British festivals, small and large, have dropped like Glastonbury’s famous Sunday casualties in recent years.

Over in Australia, the country’s most famous festival is in a sorry state of disarray; rumours of major losses, dodgy dealings and imminent closure have been the backdrop to fact: disastrous ticket sales and a dramatic loss of reputation. The Big Day Out it is not. Back in Britain, ’boutique festivals’ have come and gone, only Bestival taking the step from small to large with any sort of conviction. Unpredictable weather remains a key factor, and many European festivals are capitalising on budget airlines and Brits’ eternal lust for sunshine. And sunshine is surely the driving force behind America’s recent obsession with all things wellies and cider, Coachella continues its ascendency, but the looming presence of Hollywood’s rich brats is a hard pill to swallow.

What is the blueprint for festival success? Is there a blueprint for festival success? Back once again to Oz, and the PAs for the founders of St. Jerome’s Laneway Festival, Jerome Borazio and Danny Rogers, must be inundated with calls from nervy international promoters. Founding their festival on the streets of Melbourne in 2004, with a little help from local beat pioneers The Avalanches, the duo are pushing all the right buttons for hipsters from Sydney to Detroit. Adopting the now familiar touring-festival concept (kickstarted by Perry Farrell of Jane’s Addiction with his Lollapalooza tour in the early 1990s), Laneway takes in five Australian cities, along with Auckland, Singapore and the Motor City – which debuted in 2013 and is likely to occur again. We popped along to its birthplace, 10 years on, asking: have Messrs Borazio and Rogers concocted a magic formula? 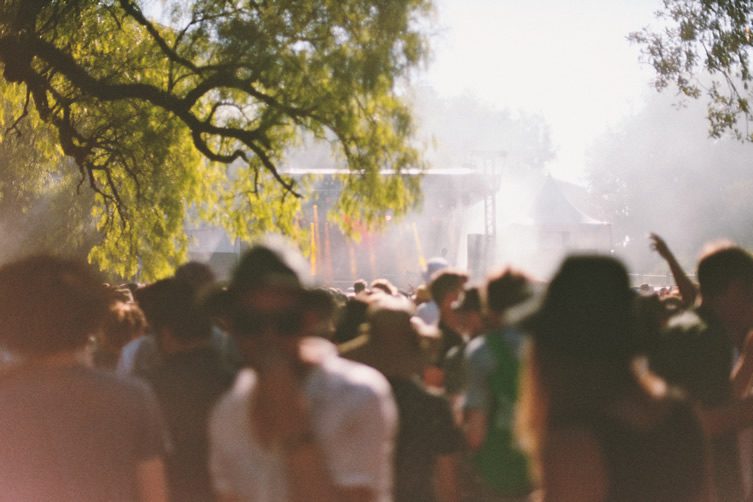 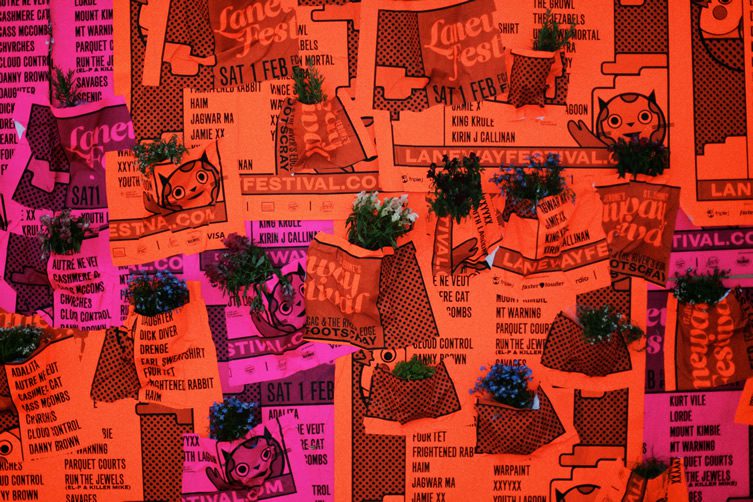 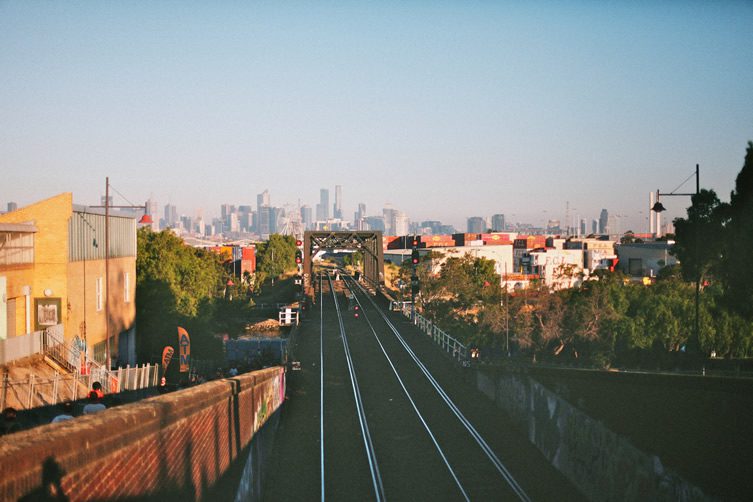 The downside of delivering such goods in the space of a single day is the predictable clashes. Four Tet vs Warpaint, Jamie xx vs Danny Brown, Mount Kimbie vs Parquet Courts… this is of course like a dog with two dicks complaining. Equally spoilt for choice are our bellies, hipster food trucks have wheeled in from every corner of the city; sliders, tacos, fancy hot dogs. Booze is in plentiful supply, and queueing is minimal. There are no tokens, and adults are treated as adults. It’s simple stuff, but regular festival goers will know that the glaringly obvious is very rarely recognised as such.

We have music, we have food, we have booze. But a party’s not a party without a dance-floor and a festival’s not a festival without a field, right? Wrong. Founded in the warren-like Laneways of downtown Melbourne, here is a festival determined not to forget what got it where it is, and venues are meticulously scouted. 2009 saw the Melbourne leg move from its spiritual home in the city, out to Footscray Community Arts Centre, some six or seven kilometres out of town. Retaining its urban edge, the new venue blends train tracks with waterfront, graffiti with greenery – it’s almost perfect, with each of its four stages far enough to feel exclusive, sound-bleed is a big fat zero, wherever you are, crowds move freely, but nowhere is far. In short, the folk at Laneway have done their homework, and it pays off. Adelaide to Auckland, Sydney to Singapore; Laneway venues unite the the thrill of the city with the freedom of pasture. 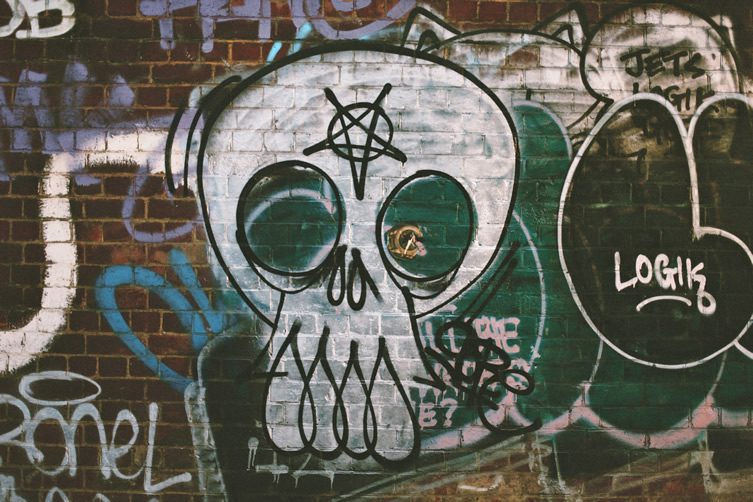 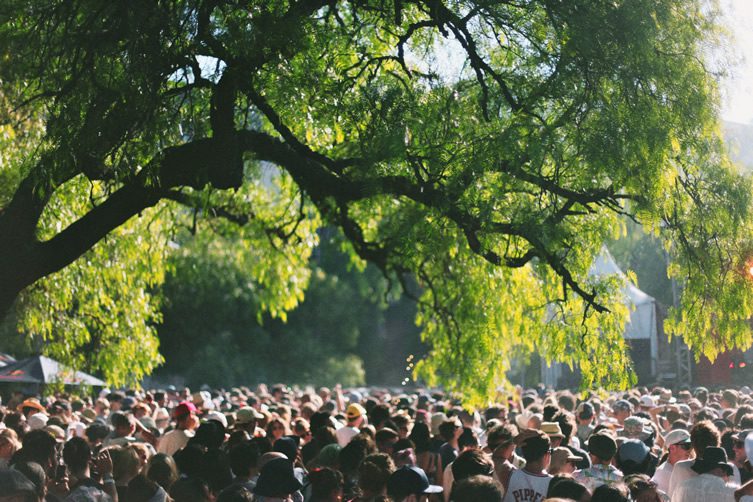 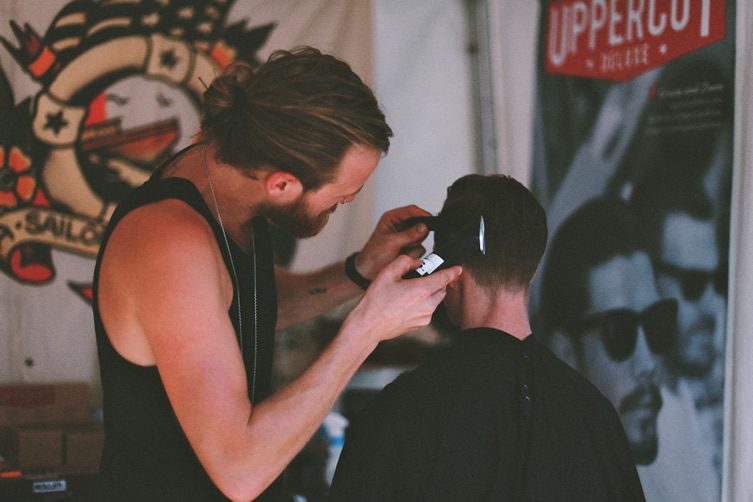 For a festival that comprises just one day, musical highlights are naturally limited. We need time to hang, we need time to bask in heat that is reaching the 40 degree tipping point of comfort. Savages do their thing, against an unfamiliar backdrop of blazing sunshine. The intensity of punk and the euphoria of repetitive beats make for an uncompromising mid-afternoon set – like Joy Division before them, the London band make for the most unlikely of soundtracks to shake your hips to, but their dance-floor credentials are underpinned by Fay Milton’s pounding rhythms and the captivating Ayse Hassan, channelling Peter Hook in his prime. They’re perfect in every way, and manage – briefly- to turn a bright Melbourne afternoon a chilling shade of black.

Jamie xx does his thing, on an afternoon where leaving the Maribyrnong River’s edge is all but impossible. The leafy park that plays host to Red Bull Music Academy’s Future Classic Stage is dusty, and beautiful, and soundtracked by the Grammy-winning producer, along with fellow Brits Mount Kimbie and Four Tet. Jamie Smith turns day into night, metaphorically and physically, by the time he leaves the ones and twos at 9pm, the whole festival feels like it’s dancing. It’s almost impossible to tear ourselves away from Kieran Hebden, but Warpaint lay in wait. And, if one band could encapsulate all that is good and great about this day, those woozy Californians are they.

Encapsulate it they do, but their triumph is a foregone conclusion by now. Here is a crowd the Kaiser Chiefs could do little to annoy; if Laneway’s organisers could bottle the feeling their festival radiates then it would be outlawed, and they would be sentenced to the firing squad. The powers that be hate too much of a good thing, and this is that. Wars could be solved, armies sedated. There is a magic formula, a blueprint for festival success. Laneway have it, but you can bet they’re not telling… 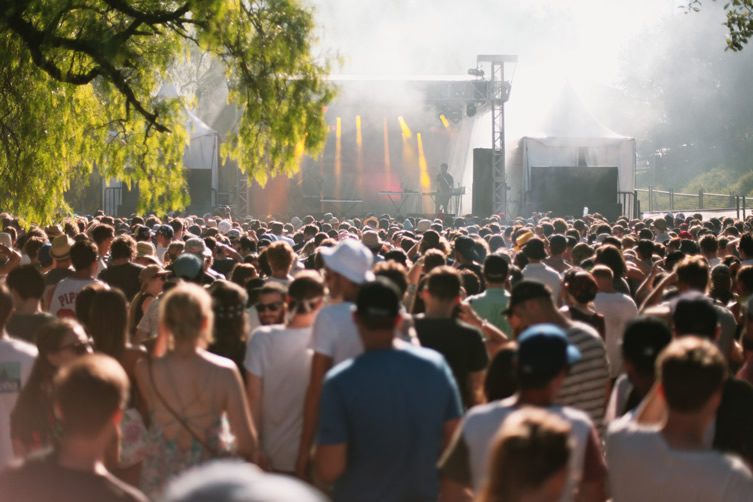 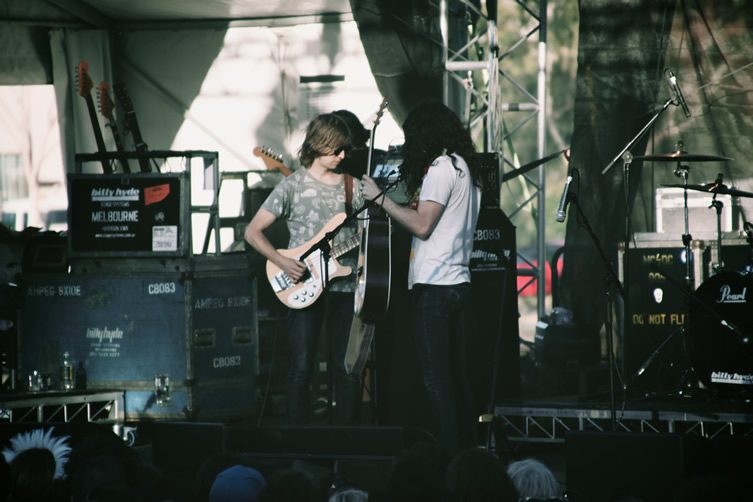 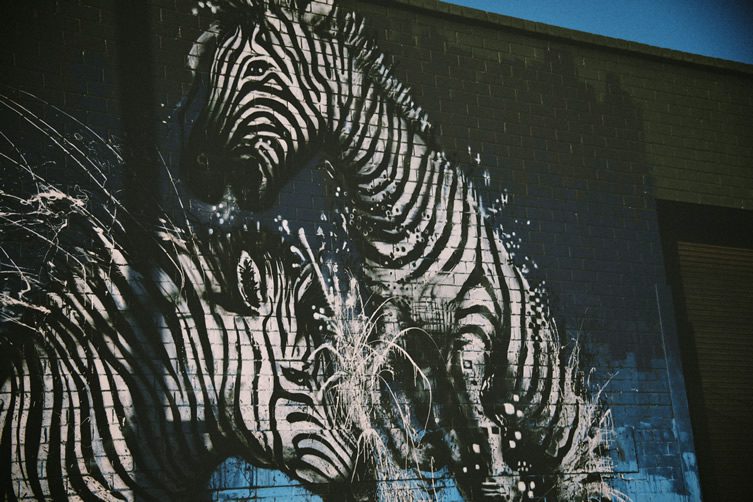 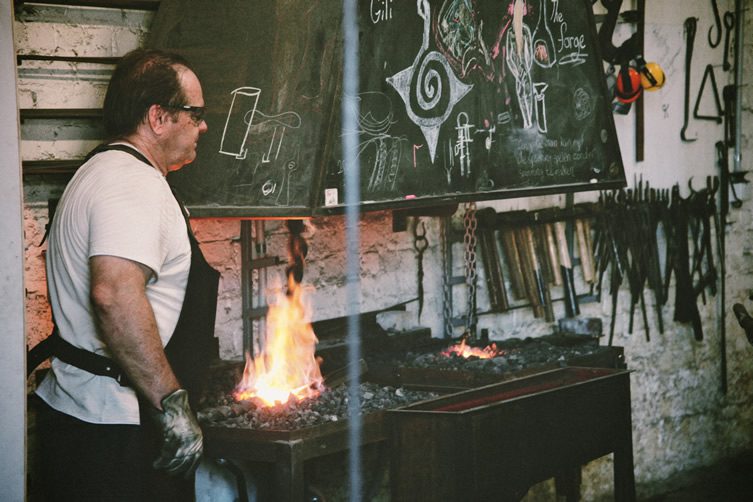 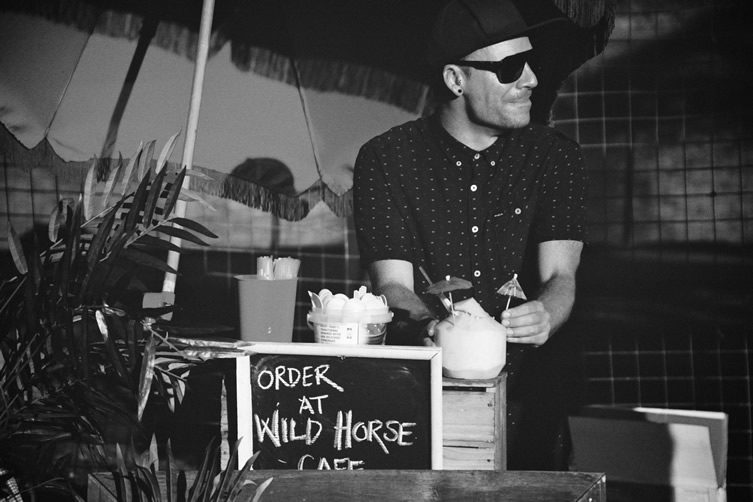 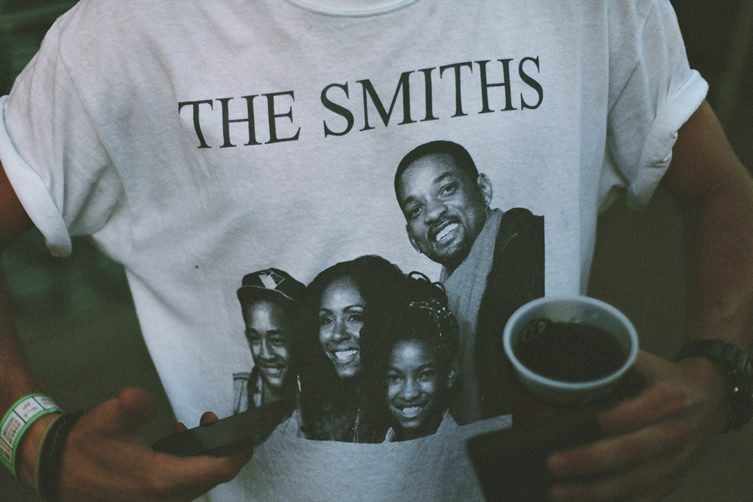 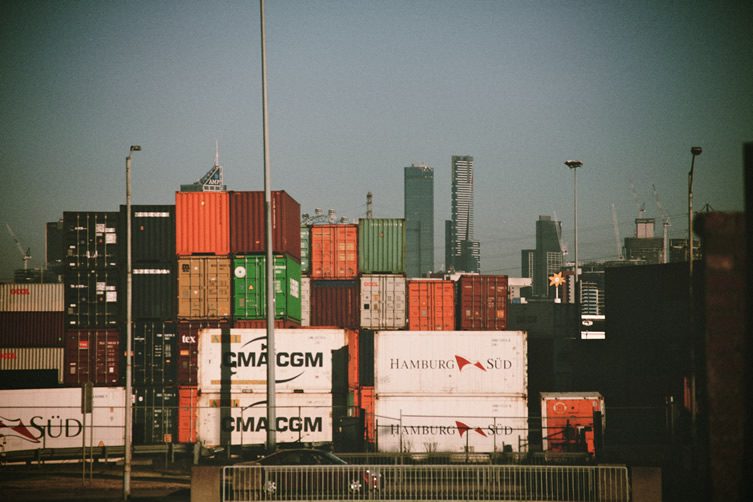 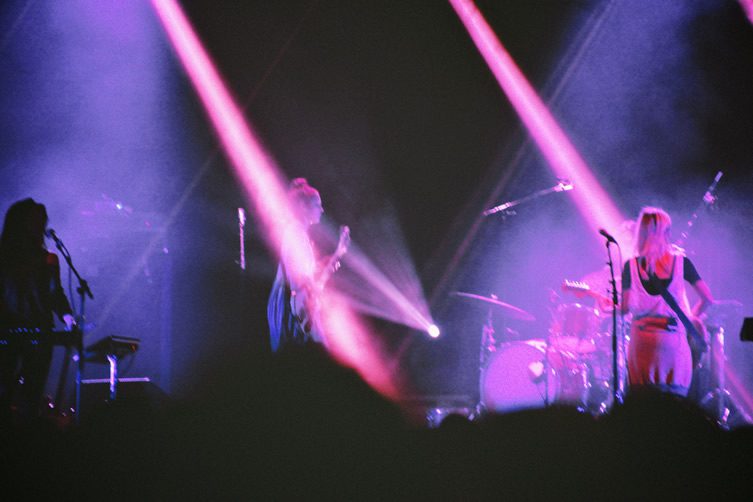