Justin Bieber’s spaced out mugshot after his recent arrest for joyriding under the influence is a reminder that celebrity drug busts can still make headlines. They don’t happen much these days though. Under-resourced police departments have got better things to do than go searching through the medicine cabinets of the rich and famous. All the authorities have to do is wait for a dozy musician to forget about the weed in their luggage and pick them off at the airport, and hey presto, the public is reassured that the war on drugs is being won.

We’re also a bit desensitized to the drug-fuelled antics of celebs; after decades of misbehaviour, there’s a feeling that it’s all been done before. Car crashes, overdoses, heart attacks, auto-erotic asphyxiation, after those sort of stories an arrest for possession of a couple of dodgy pep pills hardly seems worth the ink. Back in 1967 though, the arrest of Mick Jagger and Keith Richards of The Rolling Stones was as sensational a story as you could engineer. As London currently rides under the influence of Pop Art icon Richard Hamilton, we take a trip down memory lane and uncover the story behind one of the sixties’ most enduring artworks.

The Glimmer Twins were at Richards’ country house Redlands in Sussex for a weekend party; also present were art dealer Robert Fraser and his manservant, Beatle George Harrison and his wife Patti, Marianne Faithful, photographer Michael Cooper, and a couple of other acquaintances including David Schneiderman – a character known as The Acid King. After a day tripping about the South of England, the group returned to the house to have dinner, after which the Harrisons drove home. In image, The Beatles were the clean-cut, wholesome group to The Stones’ troublemakers. The latter had the establishment in a cold sweat with their sex-filled lyrics, dandy dress sense and hedonistic reputation, and conspiracy theorists (including Keith) suggest the police had been waiting for George to leave before they swooped. Coincidence or not, it was only a matter of minutes before a Chief Inspector was knocking at the door with a search warrant and 18 fellow officers who set about hunting for illicit substances. 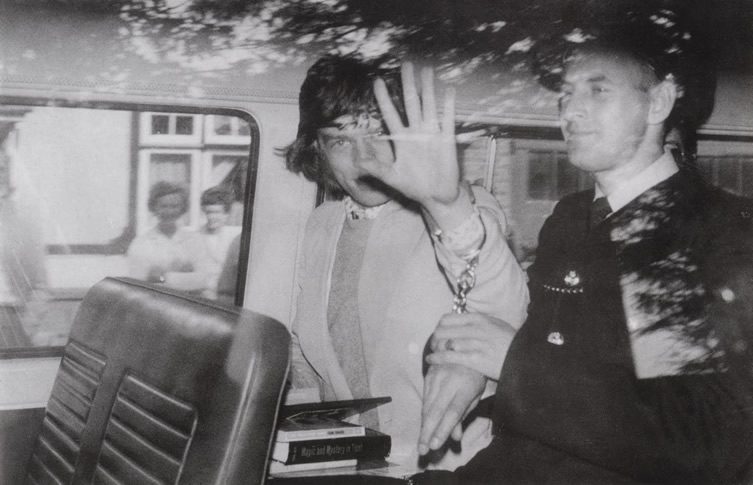 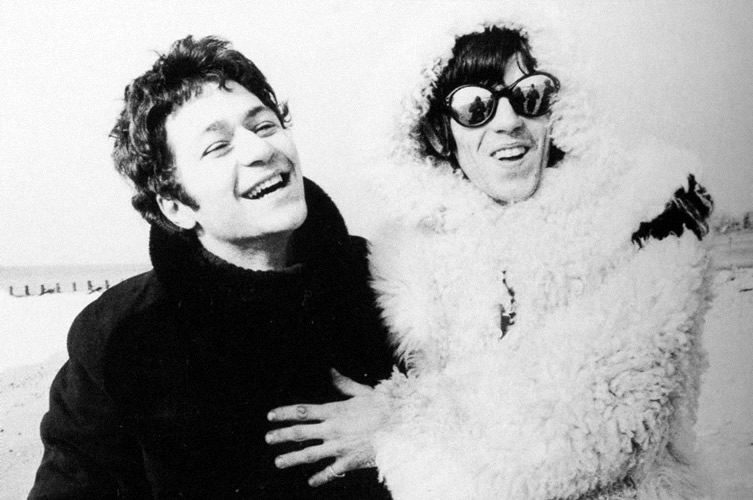 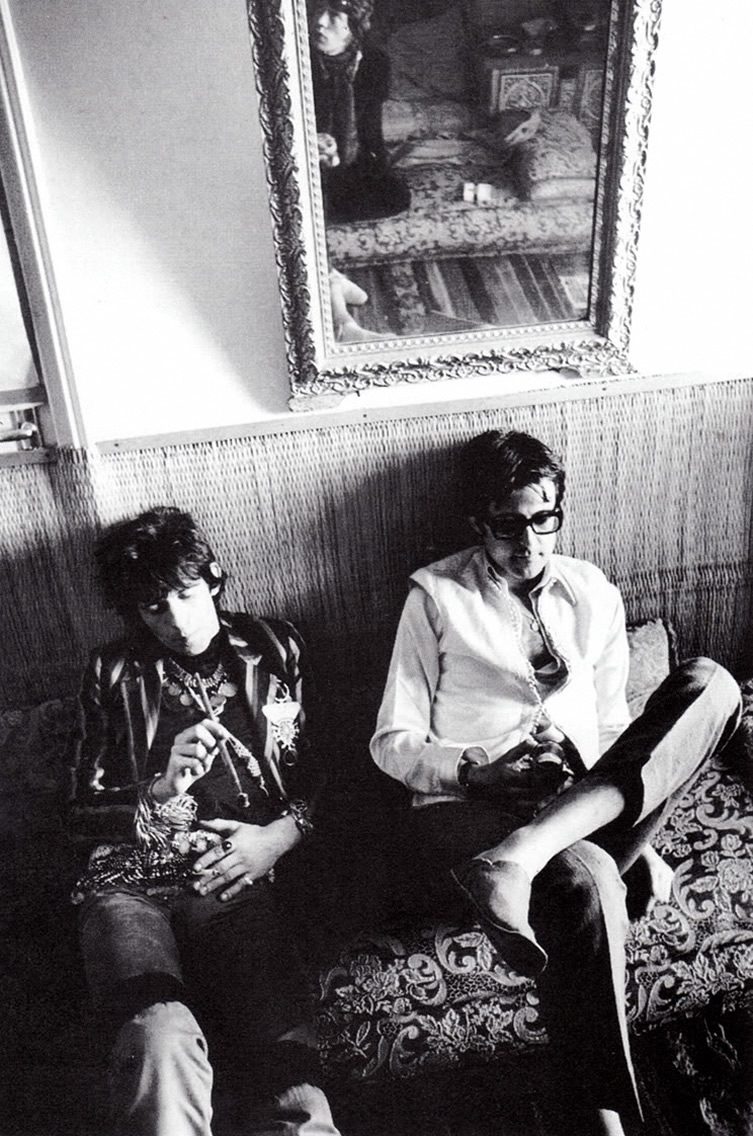 The received wisdom is that The News of the World – at the time being sued by Jagger – tipped off the police, having had paid Schneiderman to make sure the party went with a swing. The Acid King told the police raiders that his suitcase – full of LSD – contained camera film which would corrupt if exposed to the light. They bought the line, and he disappeared shortly afterwards, never to be heard of again. Fishy.

The police left the house with some ash, a bit of heroin belonging to Fraser and some amphetamine pills from Jagger’s coat pocket. After their arrests and short-lived trials amid a media frenzy, Richards was found guilty of allowing his place to be used as a place to smoke cannabis, and Jagger and Fraser both convicted of possession. The harsh punishments meted out (Richards got a staggering 12 months in Wormwood Scrubs, later overturned on appeal along with Jagger’s three-month term) fuelled the fire of the story, and had the unintentional effect of gathering sympathy for the young devils. Even the conservative editor of The Times, William Rees-Mogg, wrote an op-ed questioning the severity of the sentences.

It certainly stirred the emotions of Pop Art founding father Richard Hamilton. As well as being the Doctor immortalised in the Beatles’ track Dr Robert, and the man who convinced the band to use Peter Blake as the cover artist for Sgt Pepper’s, Fraser was Hamilton’s friend and art dealer, and Hamilton was outraged that people could be so harshly treated for the crime of self-abuse. He got hold of a “snatch pic” by photographer John Twine, taken through the window of a prison van showing Jagger and Fraser handcuffed and shielding their faces from the glare of the flashbulbs, and used it as the basis of his most famous recognisable work, the Swingeing London oil painting series. The name was a play on London’s nickname “The Swinging City” and “swingeing”, a now somewhat archaic adjective meaning severe or excessive used by the judge in the court cases. The beak was heard to opine that swingeing sentences would deter the nation’s youth from following Jagger and Richards’ corrupt example. Didn’t quite work out like that, Your Honour.

Credited with defining the term Pop in relation to art, the influential Hamilton is currently the subject of three exhibitions – as well as a major Tate Modern retrospective, the ICA are showing two of his installations and the Alan Cristea gallery in Mayfair is hosting an exhibition of his printwork. 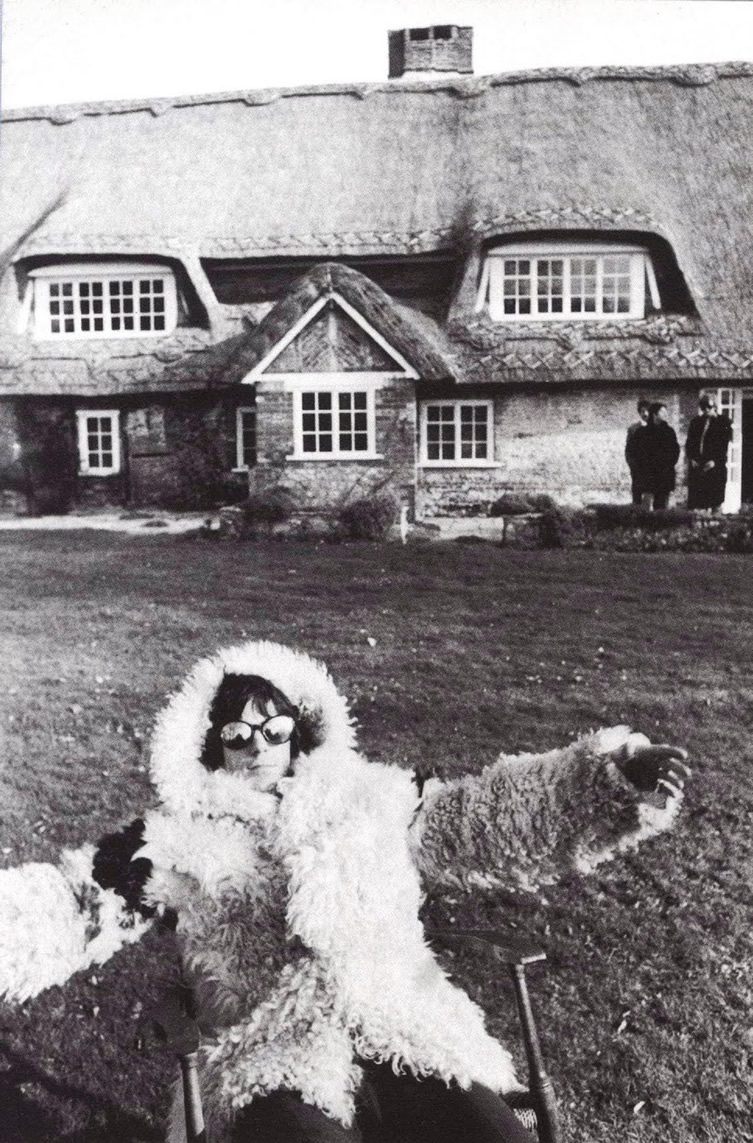 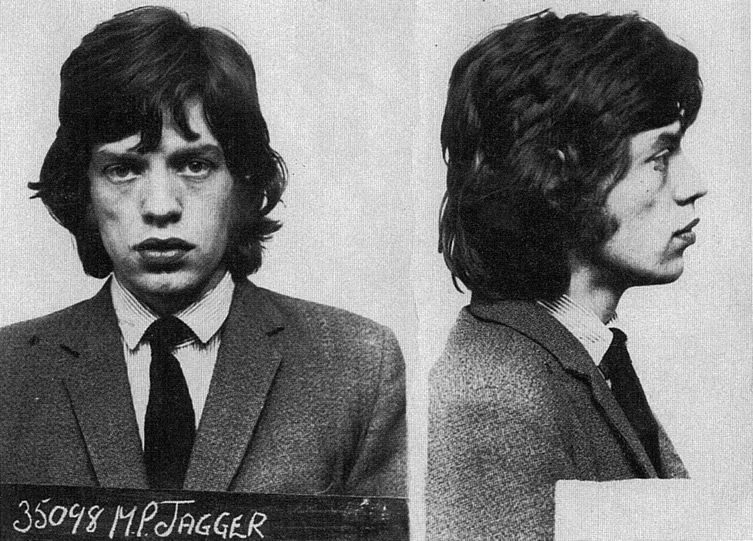 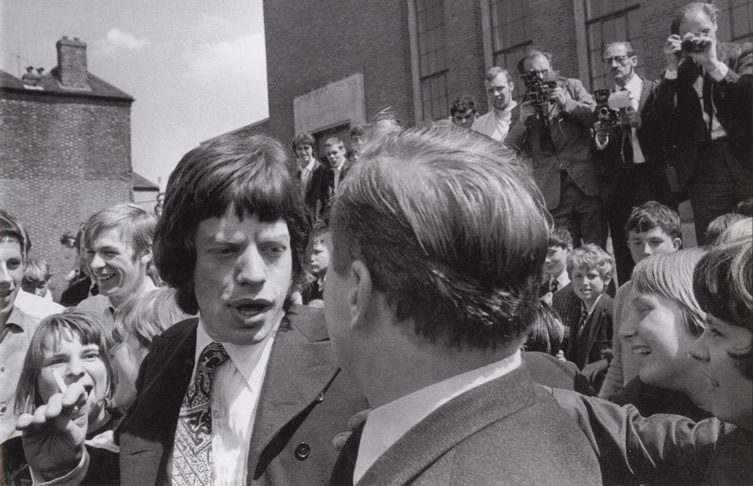 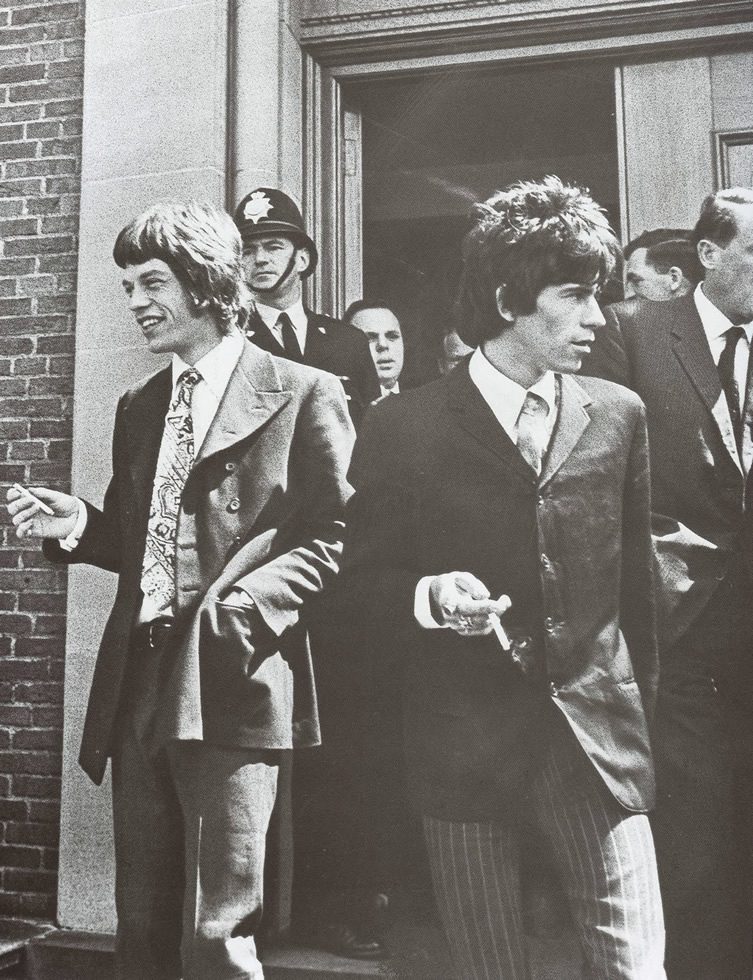