Gourmet St Ives burger joint Hub launched a pop-up, Hub-Box, last year. This Truro spin-off was fashioned from a massive shipping container that was lowered by crane onto Lemon Quay, and when setting up shop permanently for a second time in Exeter, designers Hooperberg reprised the container idea with a slightly smaller version within the new restaurant. This time around though, the metal box was dismantled and taken indoors in pieces for reassembly, where it now occupies pride of place as the restaurant’s kitchen.

This isn’t the time for small businesses to be throwing money around willy-nilly, and the Exeter project was a cost-conscious one that re-used and recycled wherever possible. The concrete floor, for example, was ground back and polished to give it a new finish. When the old tiles came off the walls, the exposed brickwork just got a clean and some nice graphic murals – courtesy of some swish art direction from NRD Creative. Much of the interior was made off site, lifted in and bolted down to save time, and the two counters at either end of the shop remain a moveable feature allowing for flexibility if functions demand it. If you’re on a New Year health kick, stop reading now. They do a burger called the Big Kahuna, with two 4oz beef patties and pulled pork and Swiss cheese. Want. 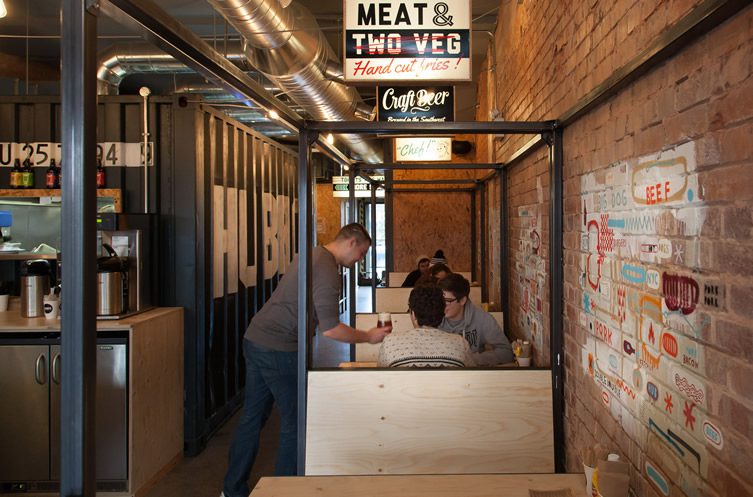 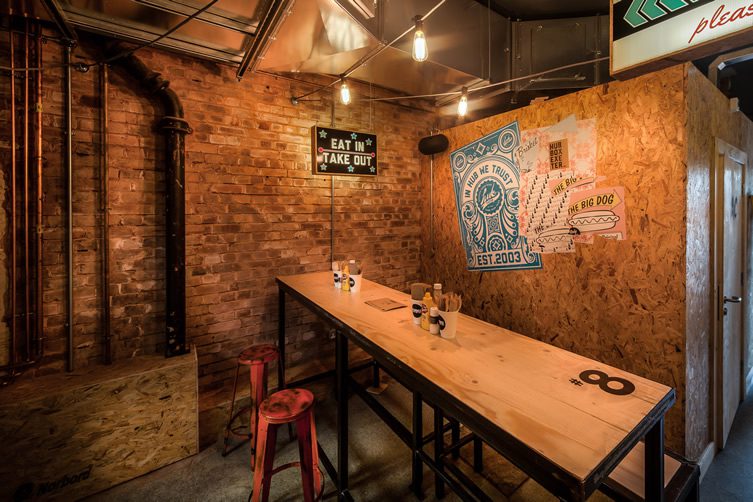 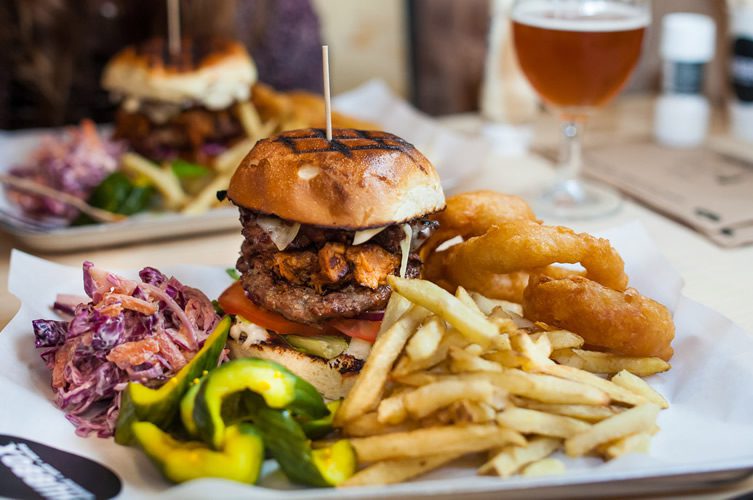 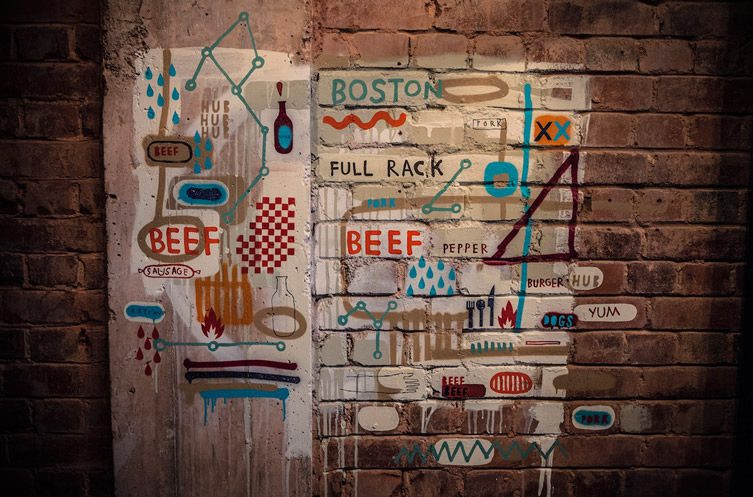 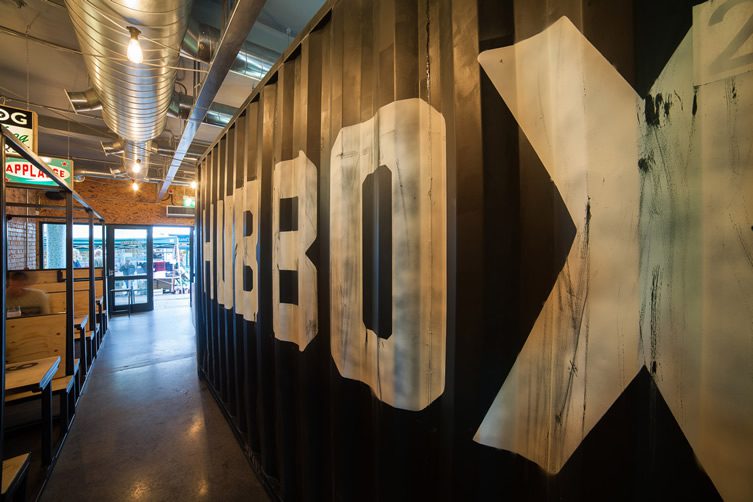 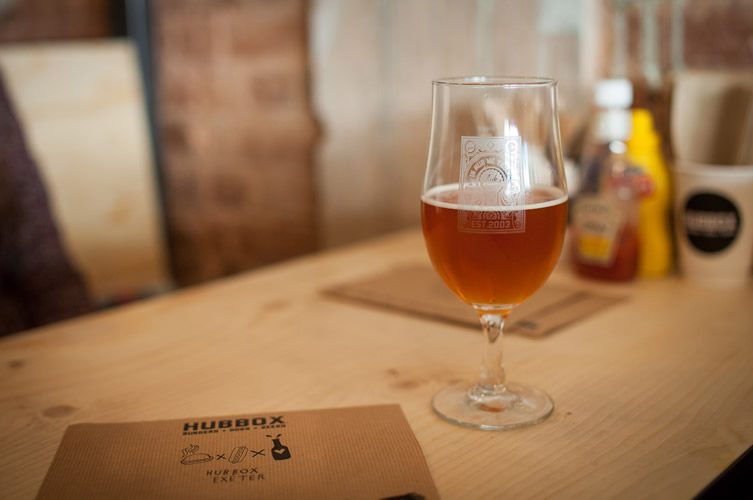 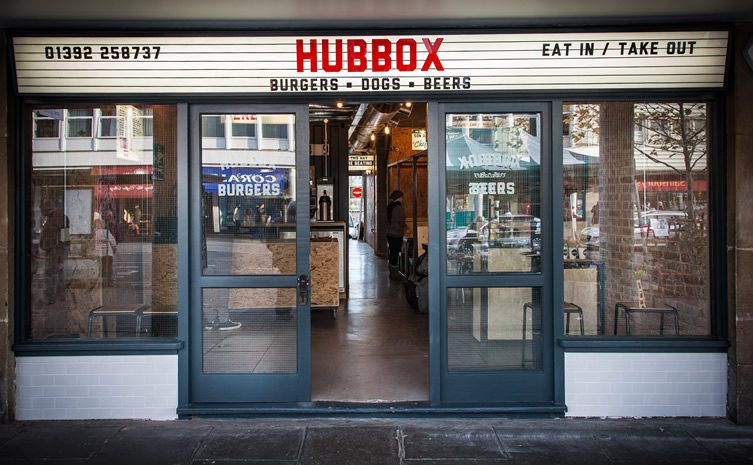 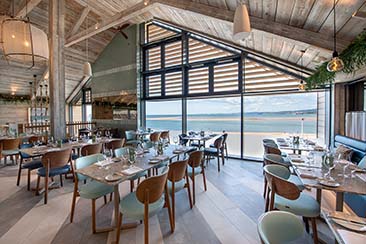 Michael Caines new Devon diner, Mickeys Beach Bar and Restaurant, is a laidback ode to the beach bars of Ibiza and Greece...

An enviable beachfront seating that boasts panoramic views across the Devon coastline and up through the Exe estuary, Michael Caines' latest hospitality concept, Mickeys Beach Bar and Restaurant, is an informal and family friendly spot to enjoy... 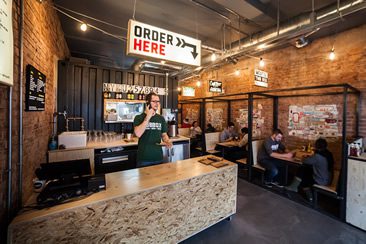 Gourmet St Ives burger joint Hub launched a pop-up, Hub-Box, last year. This Truro spin-off was fashioned from a massive shipping container that was lowered by crane onto Lemon Quay, and when setting up shop permanently for a second time in Exeter,...