The Belgians love their beer so much that it’s a surprise when any of their breweries become surplus to requirements, but that’s what happened to the former Belle-Vue site in Brussels. Occupying an imposing spot on the banks of the Canal Bruxelles-Charleroi, the building is now part of the Meininger budget hotel chain, and the beer industry’s loss is hospitality’s gain.

The industry may be gone but it’s not forgotten, in fact it’s celebrated in the legion of architectural features that remain from the early 20th Century construction. Red brick and concrete struts abound, as does brewing paraphernalia – old casks now serve as tables, and copper lights above the bar recall the former vats.

The brewery isn’t the only past life to leave behind its friendly ghosts. When the brewery moved out the building was used as an art gallery, and when the hotel building contractors arrived they found the remnants of a street art exhibition still adorning the walls. Rather than break out the magnolia emulsion, Meininger went the other way and invited 20 urban artists from across Europe to expand on the theme, which is now in evidence throughout the public spaces. The hotel offers hostel dorms as well as pricier private options, and as you’d expect from such a sizeable building, there’s plenty of room throughout. 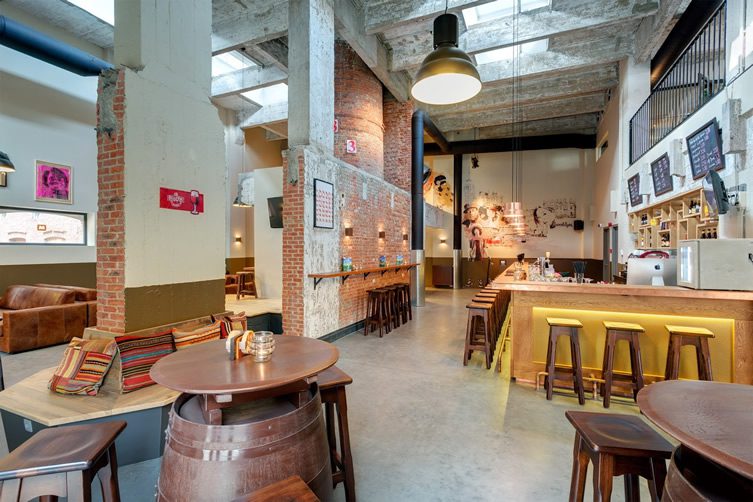 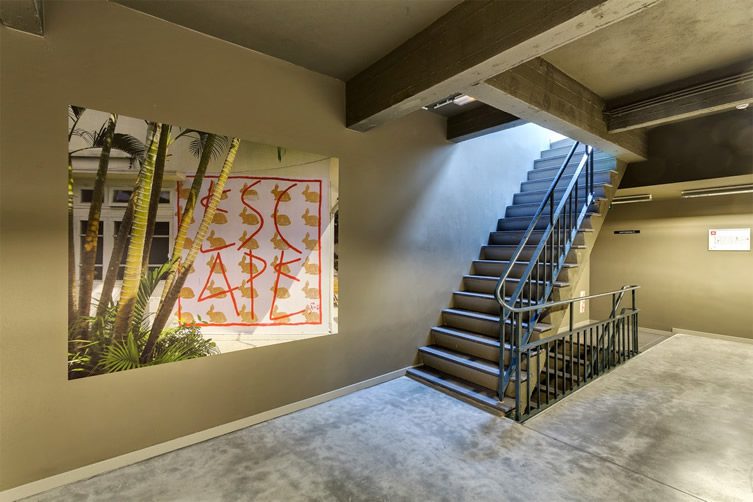 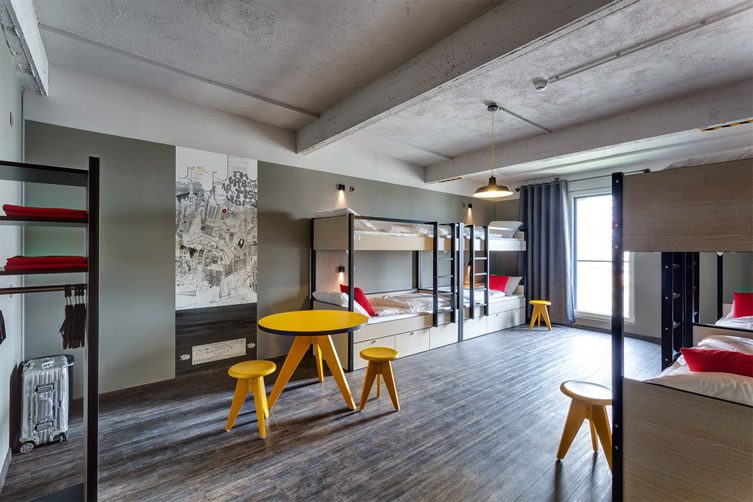 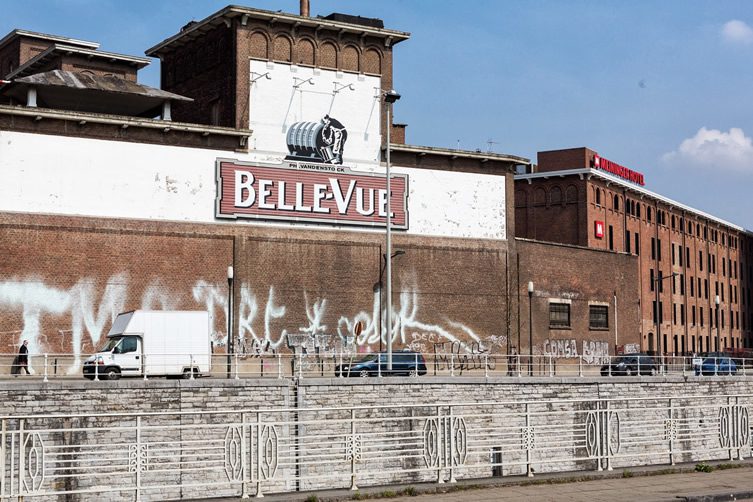 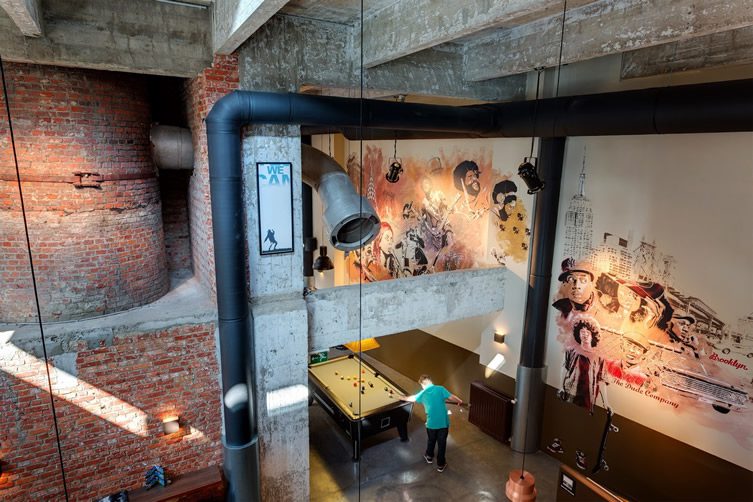 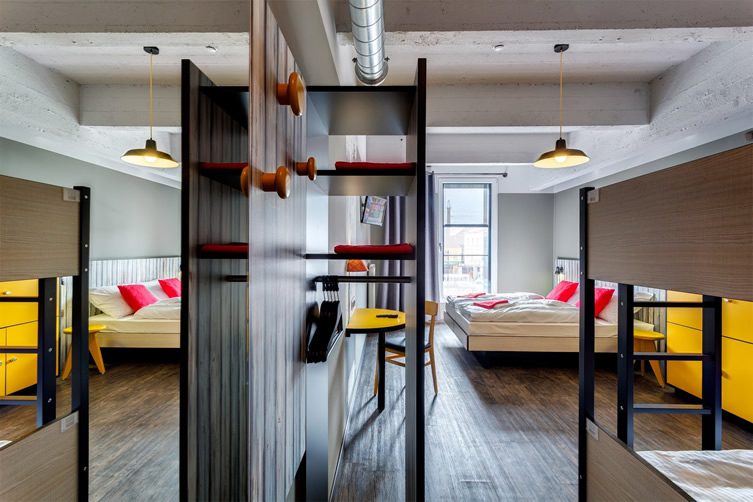 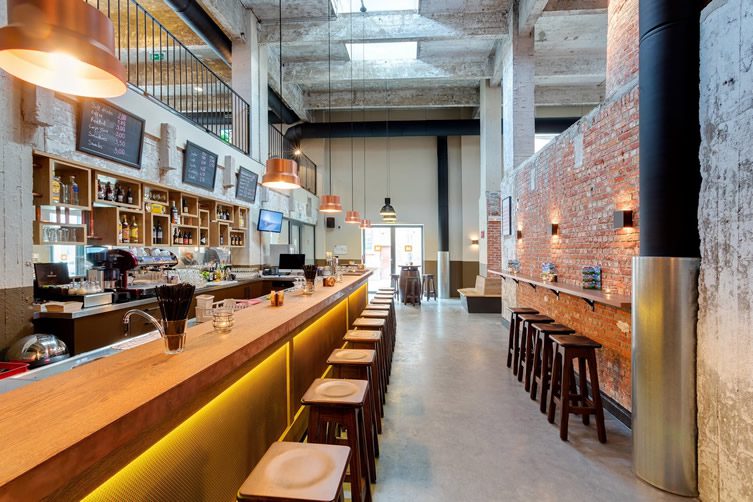 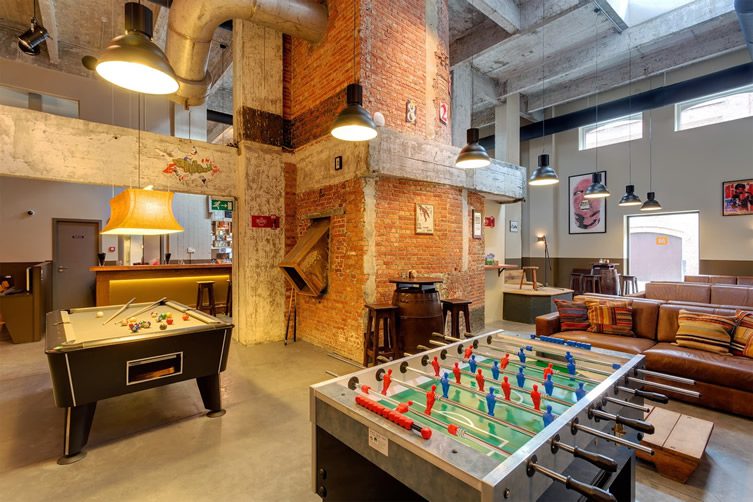 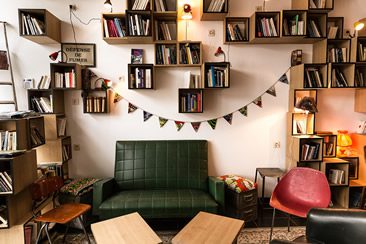 Settle in with a good book and a gin and tonic at welcoming Brussels bar De Haus...

Gin and tonics are the speciality at De Haus in the Ixelles neighbourhood of Brussels, and although there is waiter service at your table, it pays to make your way to the bar to order one. There you'll see the terrific ceiling installation of... 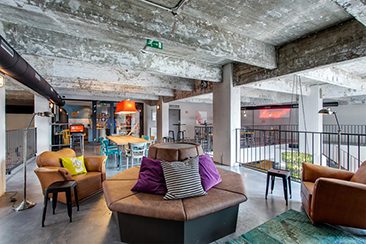 The Belgians love their beer so much that it's a surprise when any of their breweries become surplus to requirements, but that's what happened to the former Belle-Vue site in Brussels. Occupying an imposing spot on the banks of the Canal...