It’s not often a design studio gets to shape both the structural architecture and the interior design of a major hospitality project, but that was the challenge for king and queen of vintage Roman and Williams at the lavish Viceroy New York, a new midtown Manhattan hotel that manages to deliver both downtown cool and uptown glamour.

The hotel on West 57th is oozing with swank, from the gold lettered, glossy black exterior, topped with a cedar wood water tower, into the Empire State reminiscent double height lobby, which is perfumed with a custom designed scent from 12.29. Architecture buffs will appreciate the Miesian grid layout, the rest of us can just marvel open-mouthed at the grand scale of the public spaces, which a principal designer described as being inspired by film noir. Viceroy New York certainly has plenty of that era’s pizazz, and it’s not hard to imagine Bogart striding across the Paonazzo marble floor to make a call to some screwy dame. The use of stone is a key design feature throughout the hotel, again harking back to the early 20th Century, and the guest rooms, while full of vintage charm, come with much more contemporary equipment, such as Dr Dre’s Beatbox Portable audio system. One almost wishes they’d stuck to a wireless, as such modernity in such a timeless hotel seems, dare we say, a touch vulgar. We can live with it though. 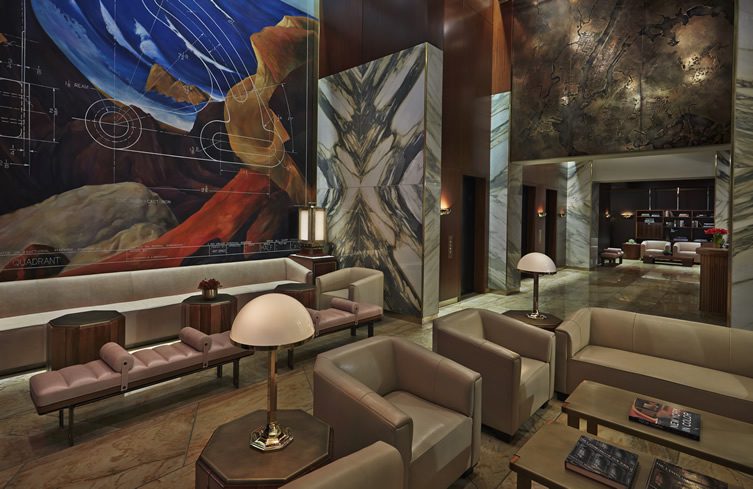 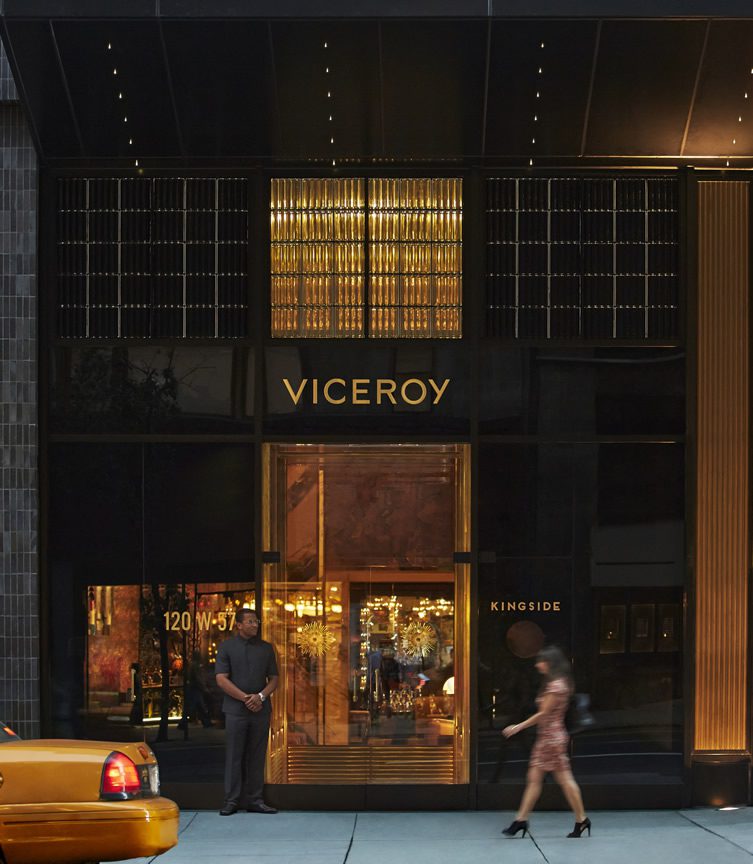 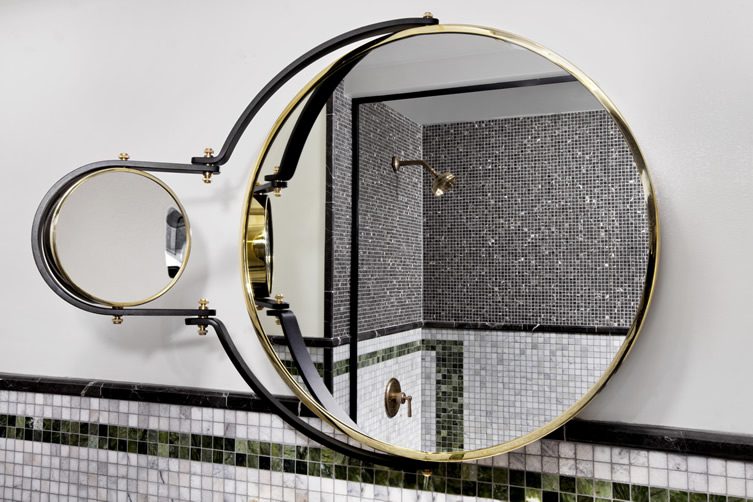 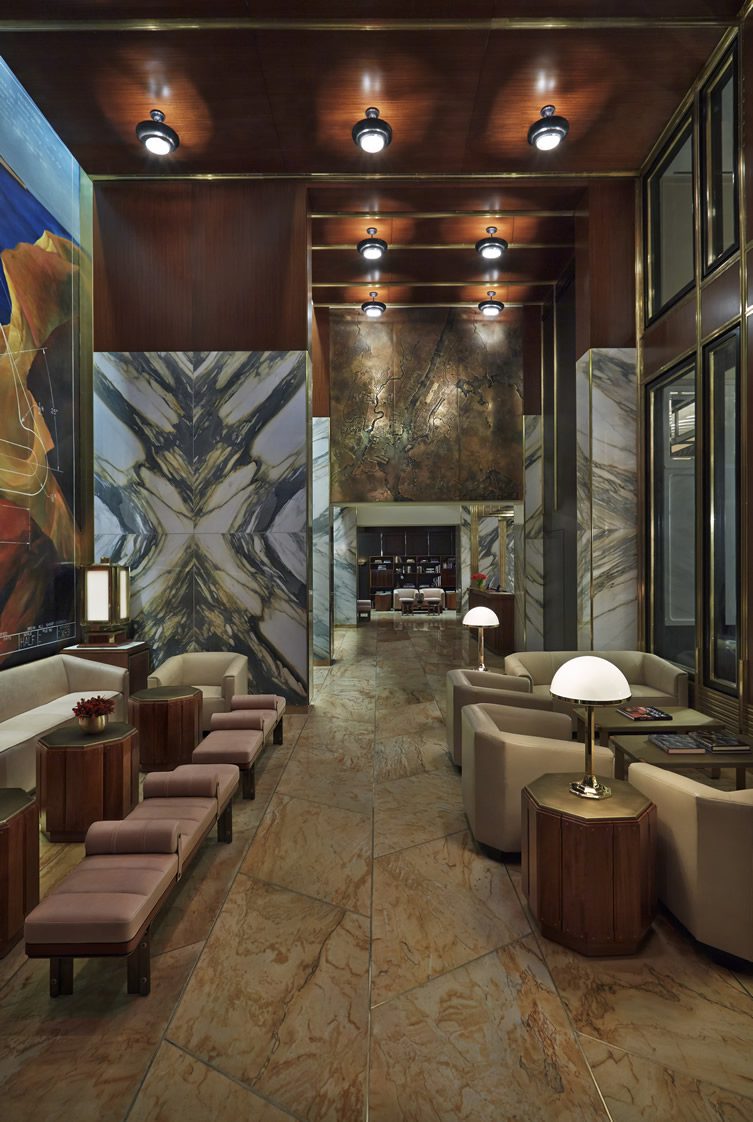 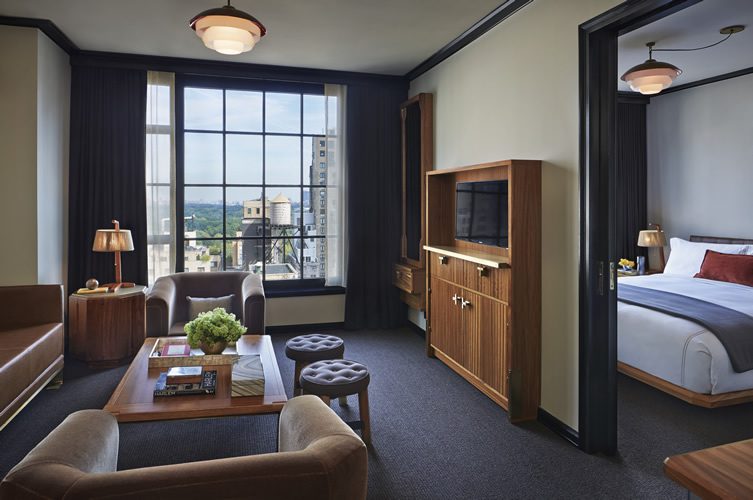 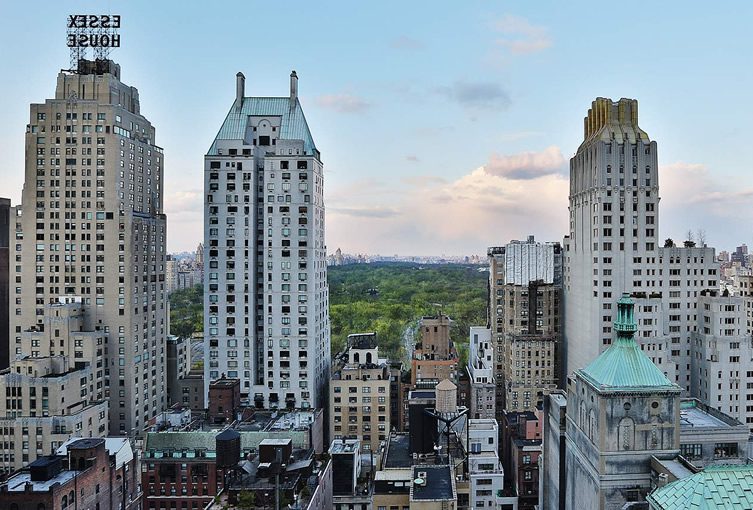 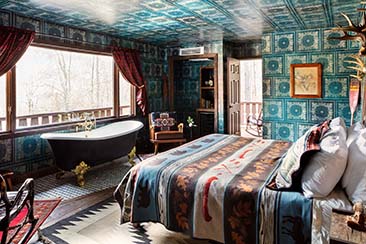 New York's Urban Cowboys can now ride out to their own ranch in the wilderness, just two hours from the heart of the Big Apple...