Now, 3D renders are not something you’ll see too much of here at We Heart, we try and keep things rooted in reality to a certain degree – what’s the use in seeing how a building/hotel/bar is going to look, just wait until you see how it does look. That being said we’re allowing special dispensation in this case, truth is; you’re never going to get your sweaty little palms anywhere near it regardless, whether it gets built, or not. So fill your boots, revel in our rule-breaking for one day only.

Pritzker prize-winning architect Zaha Hadid makes buildings and products that look like the future – all breathtaking, bold and sci-fi-friendly – or snot. Depending on which side of the fence you’re on. And if Dezeen comments are anything to go by, then it’s a busy fence, on both sides. But then divisive is a good thing for a creative to be as far as I’m concerned, Sex Pistols didn’t get where they got without pissing on a few parades – and the London-based Baghdad-born architect seems perfectly content ruffling the feathers of design fans who put context over concept and function over form. The Olympic Stadium may not have had seats with restricted views, but was it anywhere near as lovely as the Aquatics Centre?

Which brings us neatly to these H.R. Giger-esque musings so slickly eked out of that 3D visualiser’s desktop: Hadid’s fluid meanderings make a seemingly natural progression with the announcement of her first yacht designs, in collaboration with German shipbuilders Blohm+Voss – the designer’s trademark snaking exoskeletal lines look perfectly at home gliding through the waves. The Hamburg-based company have previous in fanciful scale, their Roman Abramovich-owned Eclipse (163.5m) only recently being toppled from the top of the world’s largest yacht league table; a hit parade dominated by oil magnates playing a very expensive game of one upmanship. The Chelsea owner may not re-trump the Emirati royal family (whose Azzam is a whopping 180m) in terms of size with Hadid’s 128m creation, but he certainly would in style.

Aptly entitled Jazz – its freeform, abstract noodling is surely the visualisation of Sun Ra’s avant garde digressions – the superyacht leads a five-boat collection going by the name of The Unique Circle Yachts, which in itself sounds like a cosmic-inspired triple concept album. But who gives for calling your gazillion pound new toy Mediterranean Queen XVIII when it looks this bonkers? 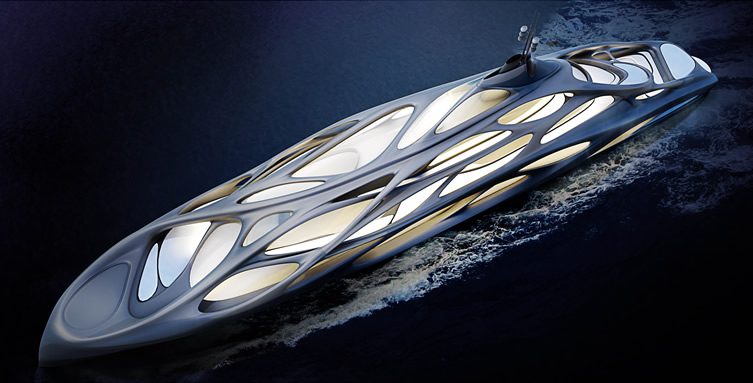 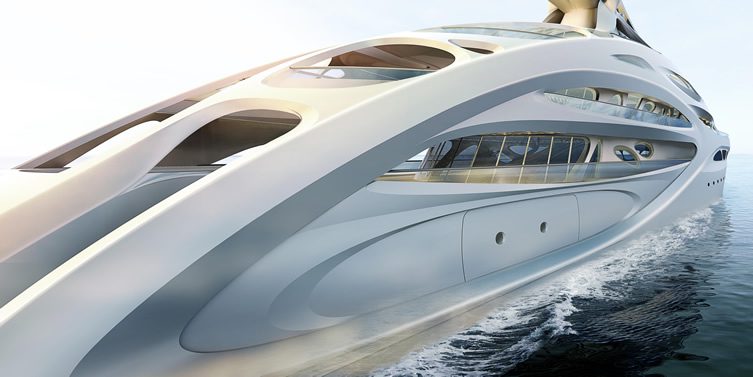 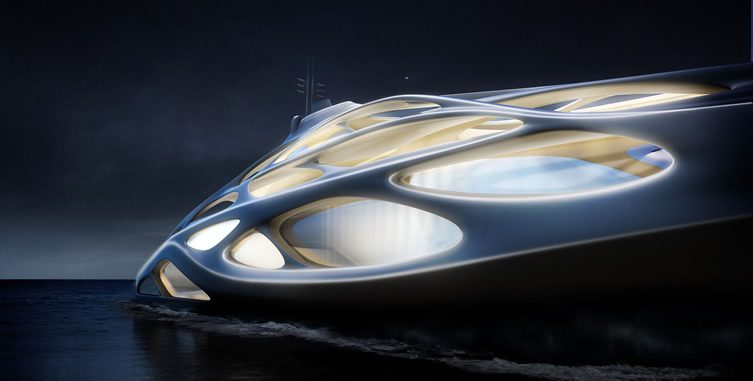 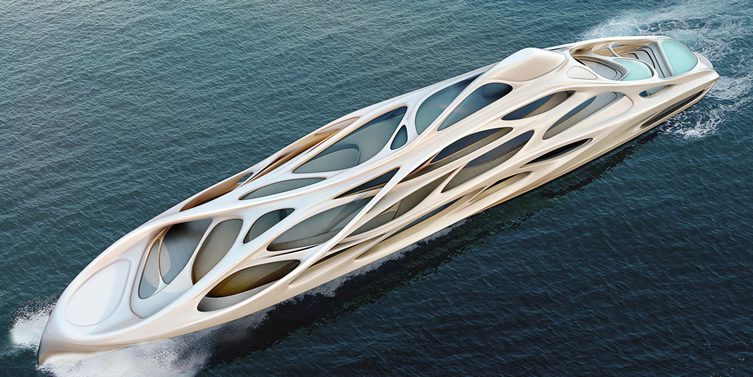 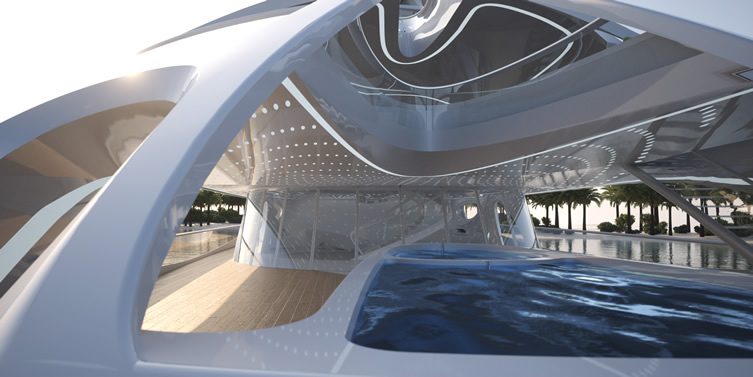 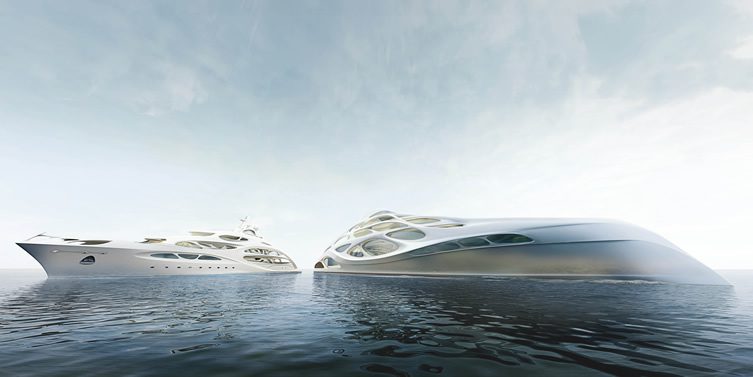