Oft-regarded as the forefather of street photography, Eugène Atget’s images from turn of the 20th century Paris may date back to the 1800s, but have much in common with the subsequent rise of New York street photographers in the mid-20th century. Urban streets, urban people, fleeting moments captured. The style has never been more en vogue, the rise of internet photographers and natural bedfellows documentary photography and photojournalism being increasingly accepted in the art world has ensured that practically every major global city has its fair share of street documenters.

Yet those street documenters, more often than not, continue to capture the world’s metropolises; New York and Paris are still staples over a hundred years on, London, Los Angeles, San Francisco too. American photographer Colin Rhodehamel lives in Chiang Mai, Thailand, and has a different doorstep from which to begin capturing the intricacies of daily life. It still feels as if there’s an international stigma attached to Thailand, it’s certainly one of the last places you’d name as home to thriving creativity, or even an art scene of any sorts – yet its chaotic nature, vivid colour and unique personality is the perfect backdrop for documentary-style photography. Something that’s not lost on Rhodehamel, whose images convey emotion, confusion, charm and intensity in equal measures.

From America to practicing as a Buddhist monk in the Thai forest, to showing his street photography in Bangkok; intrigued to find out more, we caught up with Colin for a quick chat… 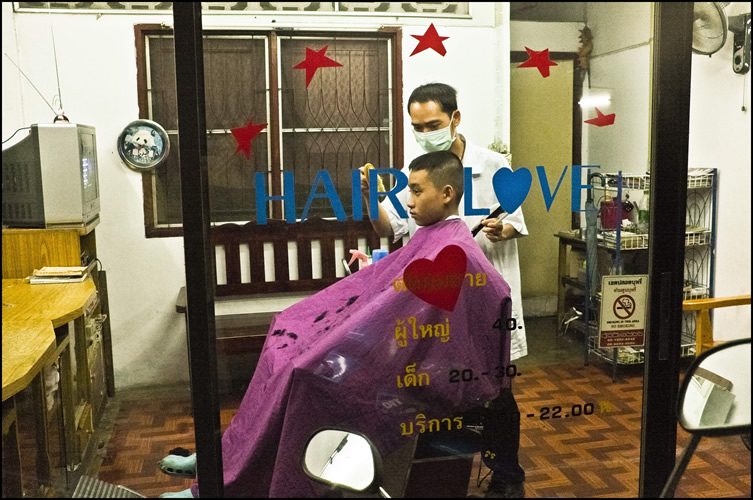 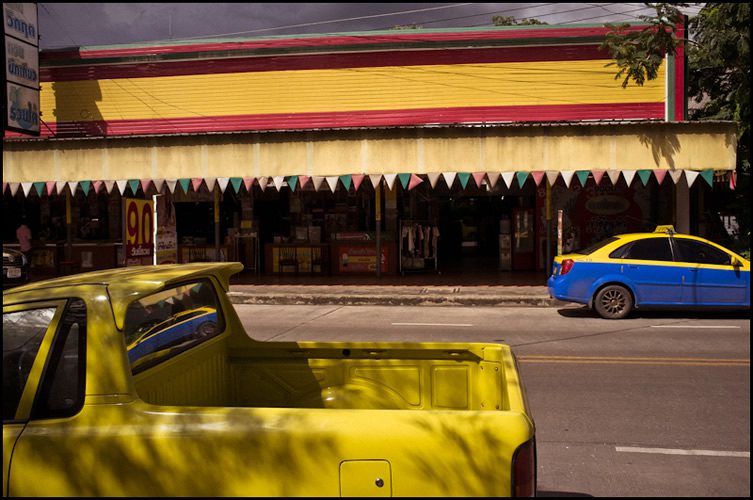 Colin, you’re an American who spent more than five years as a Buddhist monk in the Thai forest – how did that all happen?

I was interested in Buddhism for several years before I ended up in Thailand, and it was one of my reasons for wanting to come here. Then, after teaching English for a year at Thammasat University in Bangkok, I worked briefly with an aid organisation before deciding that what I really wanted to do was investigate the Buddha’s teachings further. Ordaining as a monk in the Ajahn Chah lineage gave me the opportunity to really immerse myself in the practices of meditation and contemplation. I realised it was something that could be of great benefit and wanted to dedicate part of my life to that.

Do you think it has an impact on the way you work?

My time in the robes had a profound effect on me, and in that sense it is probably playing out subconsciously in my pictures to some extent. That said, I’m definitely not thinking that I need to show this or show that when I’m out shooting. I find human nature inherently interesting, and interesting aspects of human nature are displaying themselves all the time. Sometimes it’s just the imprints we leave on our environments. I stumble across these things that interest me without any specific intention. I try not to think too much about what I’m doing. 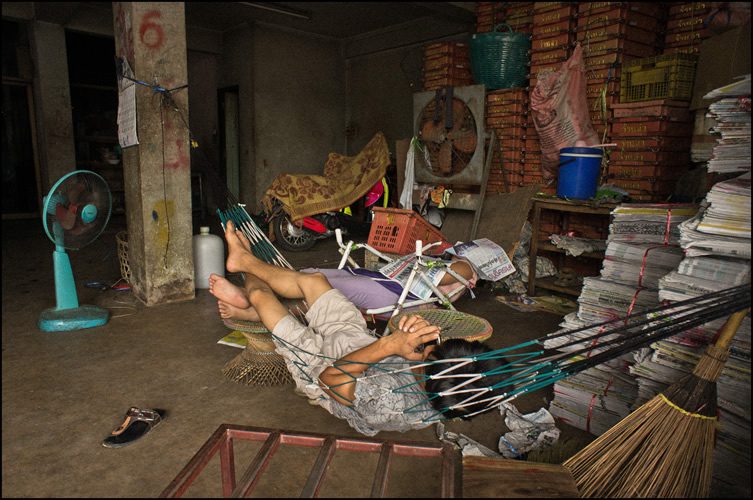 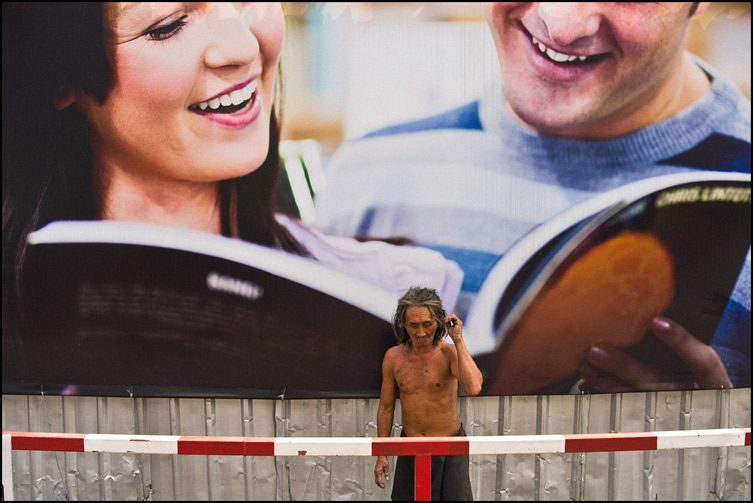 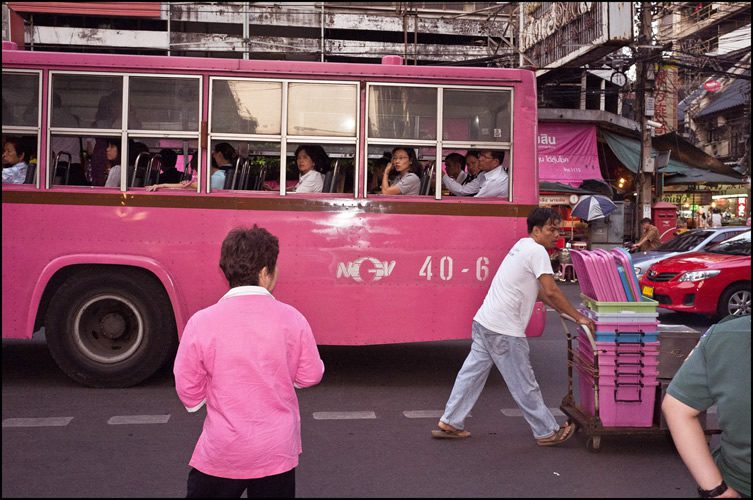 I came across your work at the Bangkok Art and Culture Centre, what is the art-led photography scene like in Thailand, and how are you finding working in it?

To be honest I’m not very aware of the photography scene. I always work alone, and up in Chiang Mai where I’ve been living I don’t think there are very many people doing this kind of photography. There is a group in Bangkok I’m friendly with – Street Photo Thailand – comprised of several dedicated Thai street photographers. I think all of us have found that there’s still not too much interest in street photography, however that may be changing somewhat.

Thailand’s a country full of surprises, you must come by some real sights – is there a thought process behind what makes a picture for you, and is it hard to avoid the Thai clichés?

With street photography it’s more of an intuitive process. We’re not setting anything up, so it’s really about working with what is right there in front of us, whatever that may be. That’s not to say that there’s always a picture there – much of the time what’s right in front of us is not very interesting – but there are these magical moments which appear and then quickly pass. There’s not much time to think and you rely on instinct in terms of how to capture the scene. At other times the artist may intentionally include or omit certain details in order to create tension or confusion or intrigue. Depending on how it’s framed, a photo can truthful, deceptive, or even both. The real joy of street photography is that you never know what you are going to find. You just try to be ready for it when it appears.

Thailand is definitely a wild place, though the longer I live here, the less surprised I am by the things I come across. That’s probably normal, but not necessarily helpful as a photographer. In street photography (and art in general) it’s important to be able to look at things with fresh eyes. This is similar to what is sometimes called Beginner’s Mind in Buddhism. Coming into a foreign country gives one a real boost, as you’re able to see the world in a way that the native citizens of that place will overlook. When something is foreign to us, we’re likely to be more alert. That’s an important quality. I think being alert and focused on what you’re doing tends to render the clichés uninteresting. 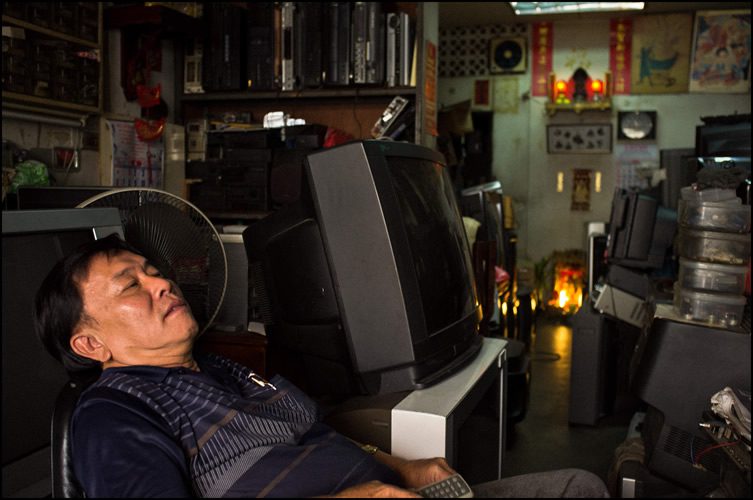 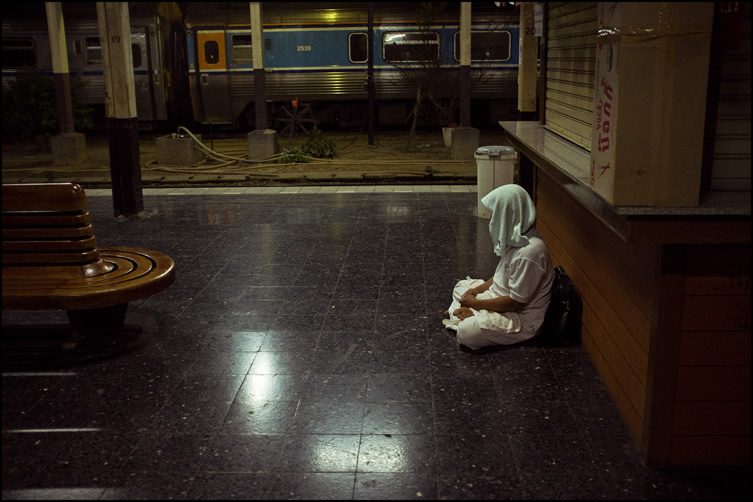 What is it for you that makes Thailand so special?

Really it’s the people. That was my sense when I first visited many years ago, and living there for a long time you can take it for granted, but whenever I leave and come back I’m struck by it again. I think it’s changing as the country becomes more globalised and less insulated, but this common instinct towards patience and kindness is very strongly rooted in the country. A great deal of that can probably be traced back to Buddhism.

What’s next for Colin Rhodehamel?

I have a few small, ongoing thematic projects, as well as interest in putting together a larger, documentary-style body of work focusing on Thailand, its people, and their traditions. I’d love to do a bit more travel and explore some other cultures. Maybe there’s an opportunity for more documentary work and/or photojournalism. I enjoy the process in its various forms, so mostly I’m just waiting to see what arises next. 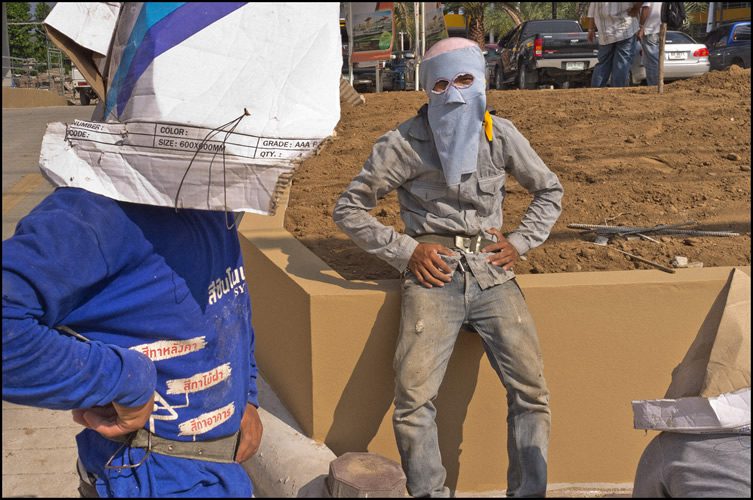