They say all publicity is good publicity, but as a street artist you can’t be delighted when, to show off his cool credentials, David Cameron chooses a piece of your work as a gift for Barack Obama. And when we say David Cameron, we mean one of his young “yoof” advisers, obviously. Still, that’s what happened to Ben Eine in 2010, and it’s done the Londoner, and street art as a whole, no harm at all, thank you very much.

Known for his bold typography, Eine’s new collection Innocence features some signature work, run-on phrases made from individually designed and coloured letters on black backgrounds. Paired with these pieces are the Vandals series, in what Eine describes as “happy graffiti” style. His playful children, eyes obscured to protect their identity, cause gentle havoc in their urban playground, daubing and dripping and generally making a right mess. The collection as you see it here was shown recently at CHG Circa in Culver City; Eine’s works were mounted on a specially-created installation background of subway walls and railway yard fences. 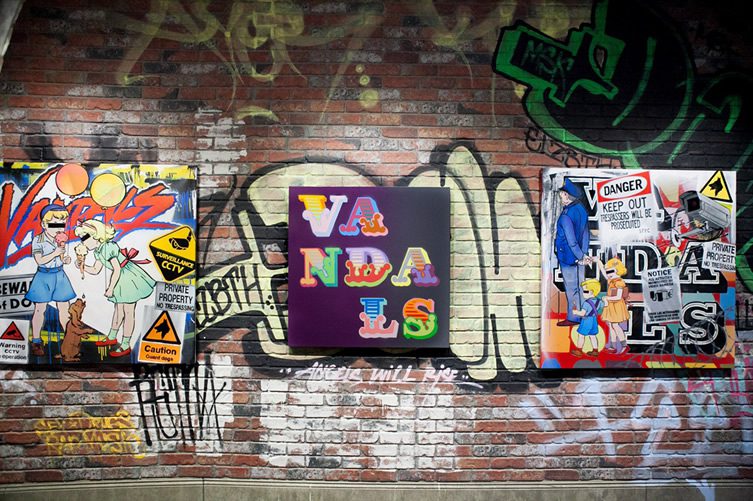 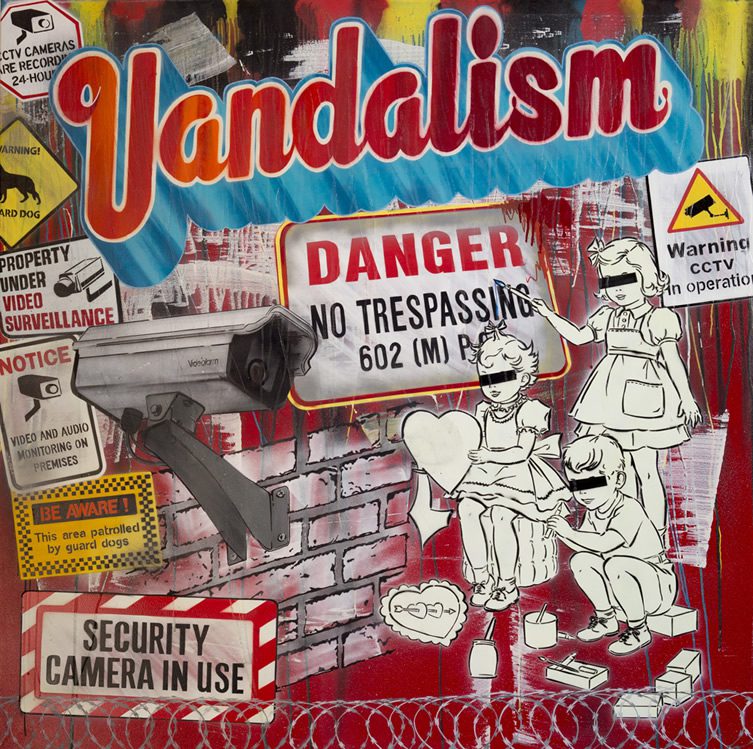 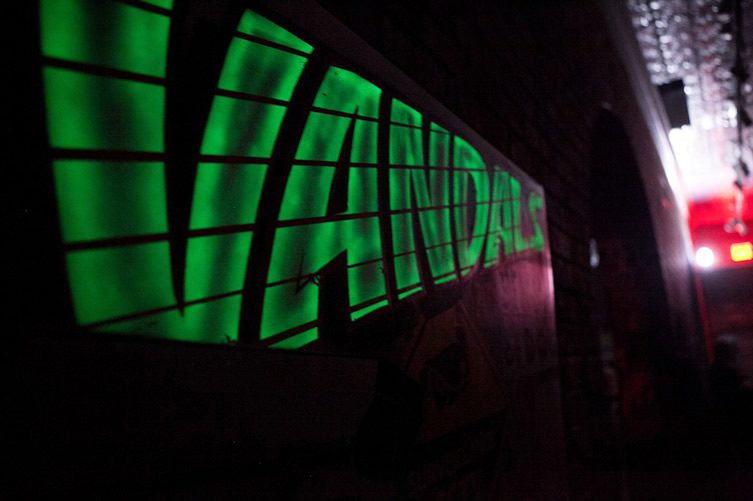 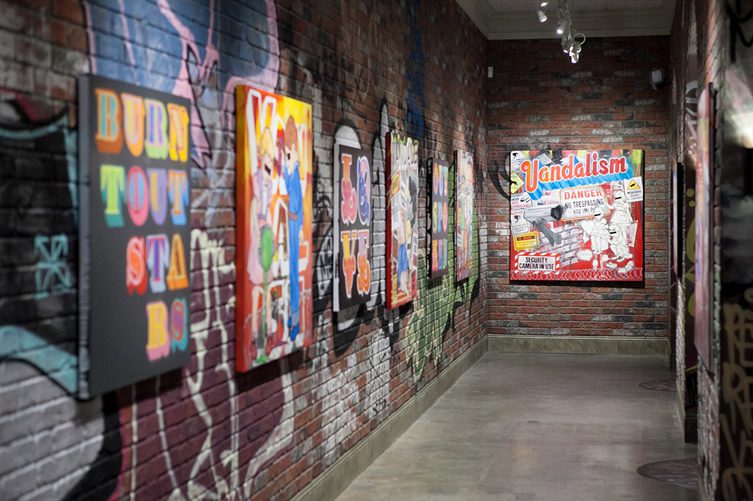 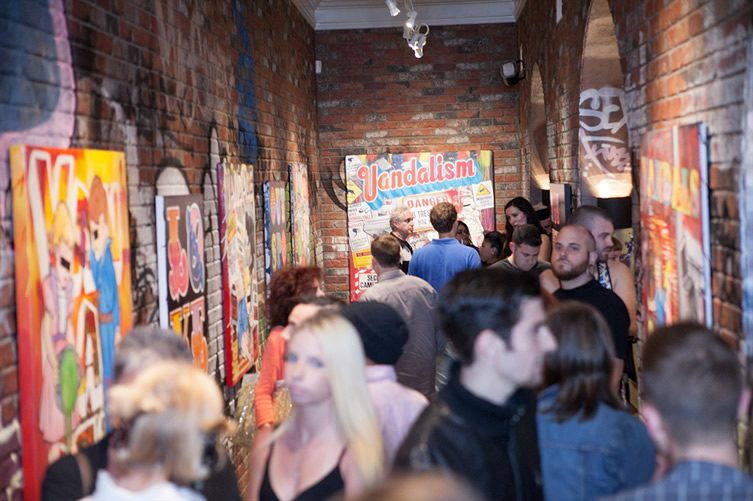 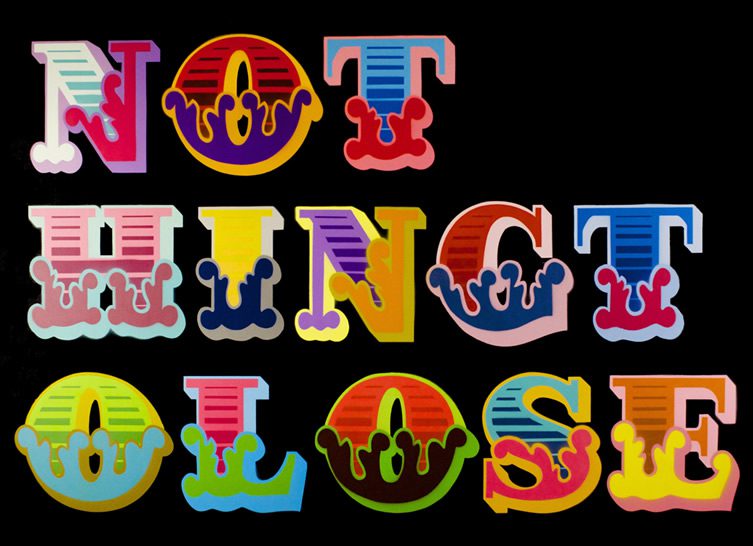 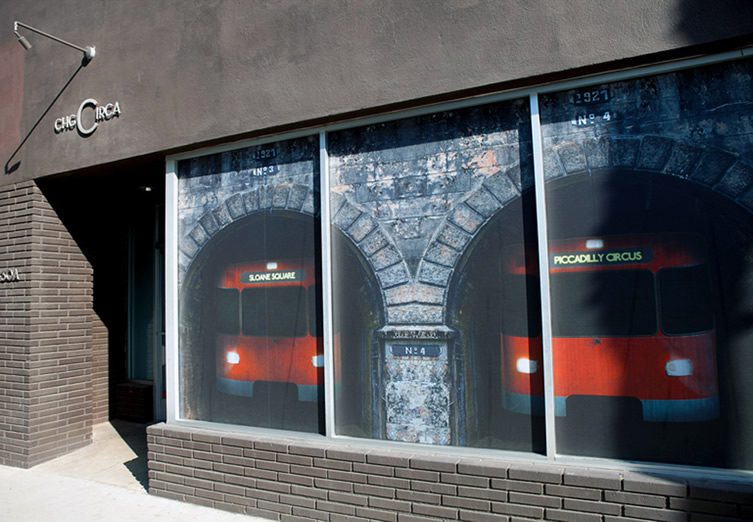