As a nation, we’re gripped. Pulled pork is well on its way to replacing the humble curry as our national dish. A hipsters’ hipness is now measured in Scoville heat units. Our major cities’ most discerning watering holes wouldn’t be seen dead without a specialist menu for either burgers, ‘dogs or both. Somewhere along the line the tragic Adam Richman became tragically hip. It’s a peculiar scenario, those skinny jeans must be bursting at the seams.

The hipster-fast-food epidemic has us by the throat, and it’s force-feeding us 72-hour-cooked pig’s head like a craft beer-drinking human version foie gras. America’s soul food looks like it’s in for the long haul, and now it even has its own festival to boot. Upping sticks from their Bristol smokehouse, Grillstock brought the art of charcoal up to Manchester recently, and we popped along for a nosey.

Devilishly tasty food trucks, cooking demonstrations, live music, serious BBQ-kit exhibitors and a rather fancy beer tent (courtesy of hipster beer à la mode, Brooklyn Brewery); Grillstock was no Glastonbury – its location a city centre square – but, just as we were about to consign it to the ‘pleasant days out’ file, a somewhat strange thing happened. The cheery city centre square turned gladiatorial confrontation. Men and women were flailing left, right and centre – faces puce with torment. And 46 year-old office manager Nicky Shales was looking on menacingly like a Roman Emperor watching his enemies fall around him. 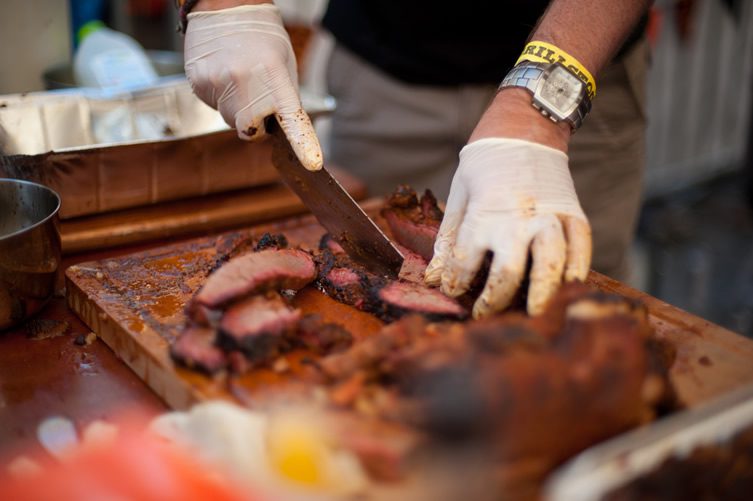 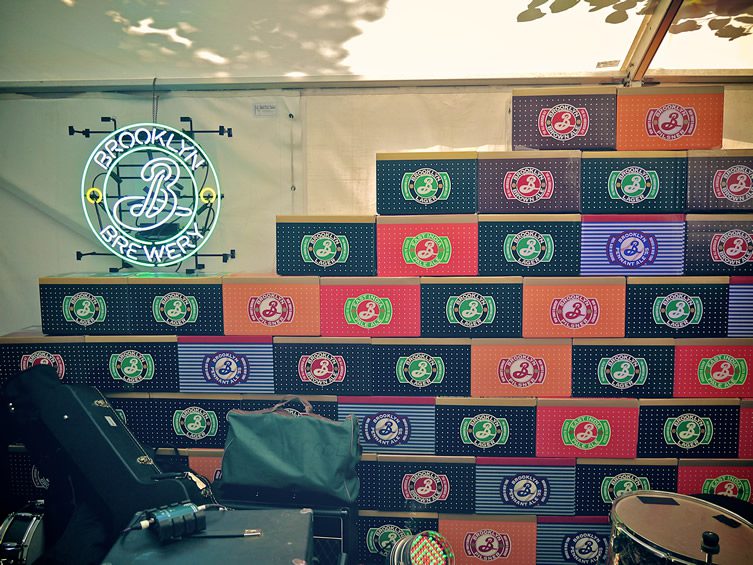 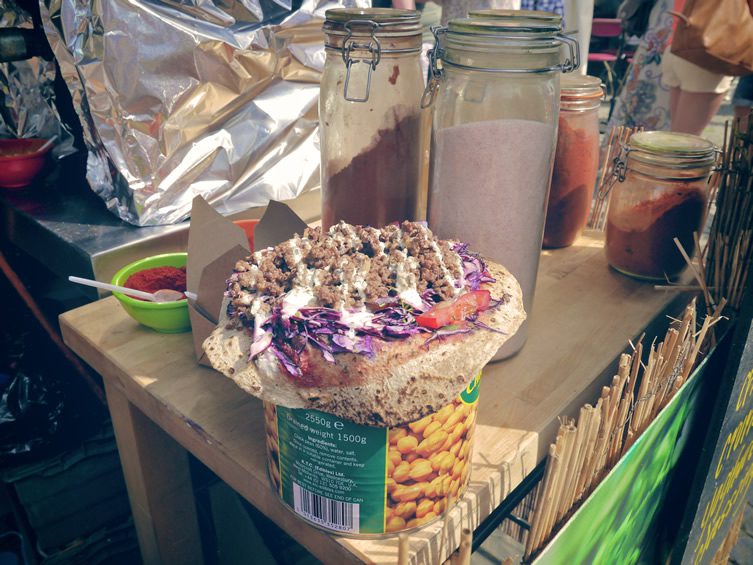 So, what the bloody hell was going on? The Clifton Chilli Club were in town, that was what. Take heed dear readers, should you ever get the chance to set your eyes upon a chilli-eating competition, you should do it, and do it fast. Whether schadenfreude or sadism, it’s stupendously fun to watch and, as countless korma-munching pretenders fall by the wayside, it ends in a straight up duel between Shales and her opponent, Paresh Mistry.

“I honestly didn’t think they were that hot raw” Nicky tells us afterwards, and it’s clear to see onstage – Paresh is on fire, he may have grown up eating curries, but after a few infamous Dorset Nagas most mere mortals would recoil in horror. Nicky Shales is clearly not mortal, and powers through chilli after chilli, a fire-faced Mistry painfully aping each move. And then, a moment of intense controversy… Shales is seen to have spat some chilli out… it’s all over… Mistry empties his mouth whilst the runner-up is being congratulated. These are sensational scenes, the crowd are incensed. Have I really got this caught up in a chilli-eating competition? Yes I bleeding well have! Sue me.

Nicky and Paresh are sick, the latter literally, and as the dust settles, and Paresh’s wife treats him to an ice cream or two, the aftermath is surely as uncomfortable for both. We get off lightly, with a few extra pounds around the waist and a sore head the next morning. BBQ culture looks like it’s here to stay, and Grillstock may just be its Glastonbury. One day. 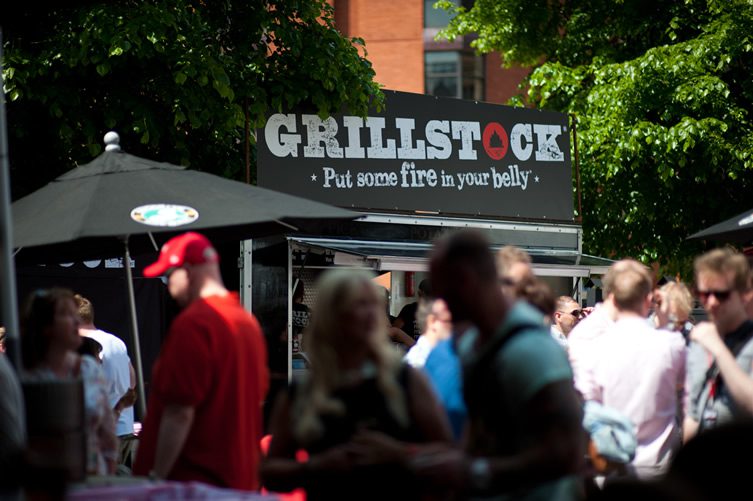 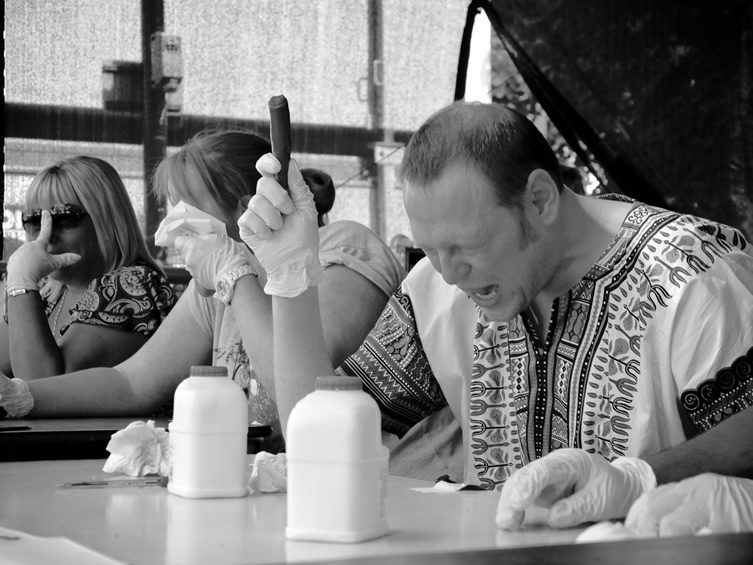 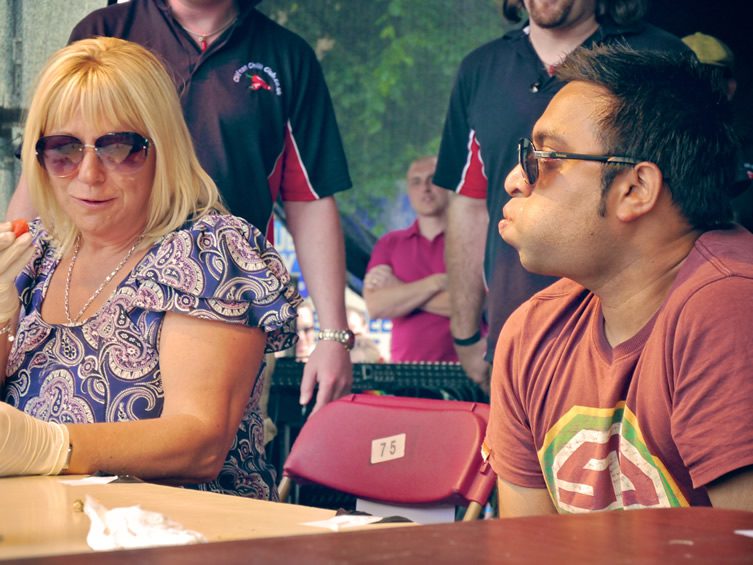 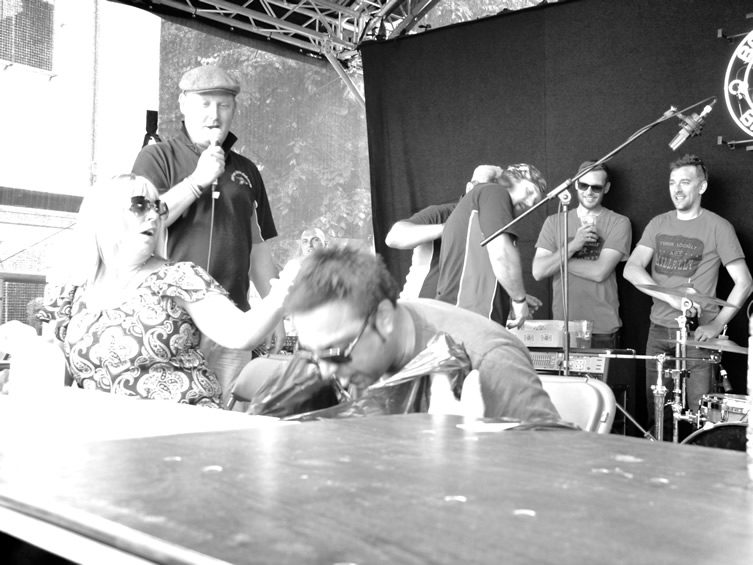 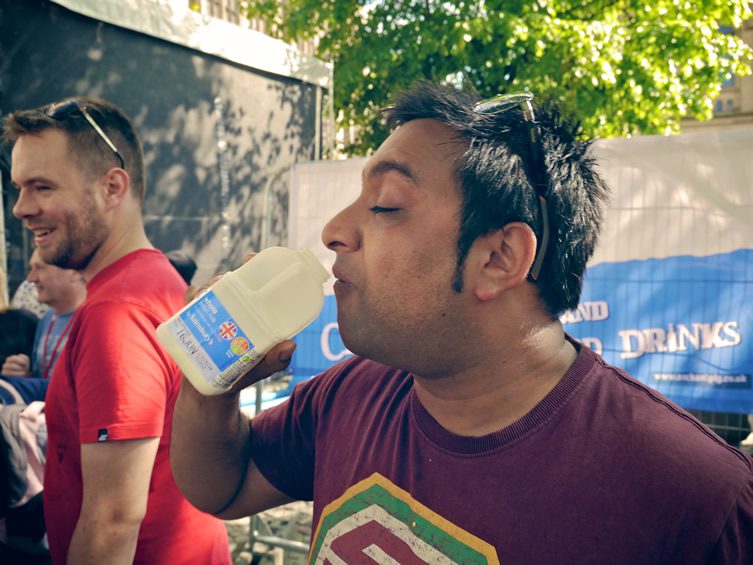 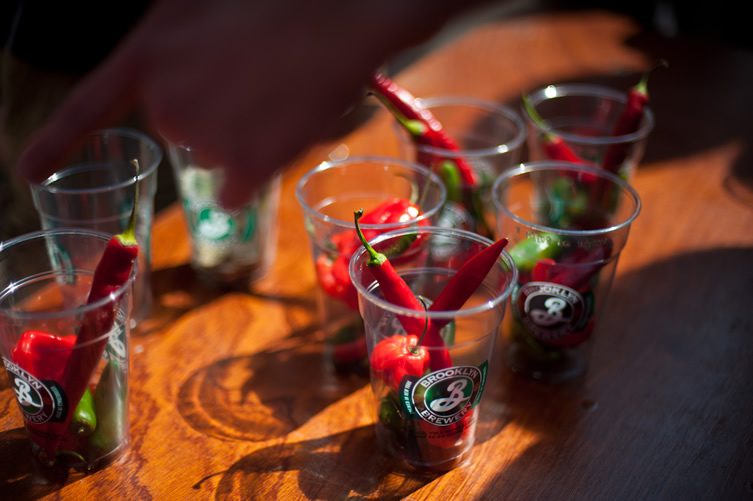 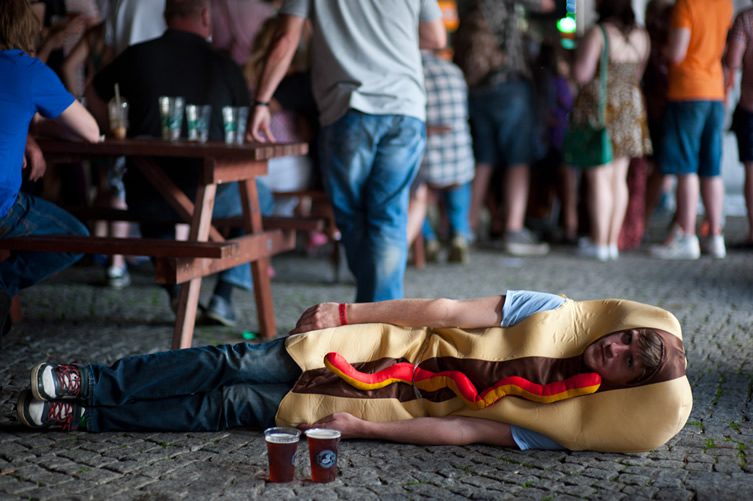 © Chris Cooper Photos
All photography © We Heart,
unless otherwise stated.