We may be risking a couple fewer Christmas cards this year by saying we’re not massive fans of beaming images onto buildings as an art form, but it’s only June so we’re hoping people will forget our distaste for projection mapping by December. And there’s another but, a rather big but actually, we are hugely in favour when the building in question is as iconic as the Sydney Opera House (or Barcelona’s Sagrada Família, for that matter) and the effect is as spectacular as it was during the opening of this year’s Vivid Sydney light and music festival.

More than 100,000 people thronged the harbourside to witness said opening, with music/visual pioneers Kraftwerk performing as a figurative switch-on for a feast of light installations and displays, including the Lighting of the Sails brought about by The Spinifex Group. Other buildings receiving the treatment include the Museum of Contemporary Art and Customs House, plus there’s a touchscreen brought in allowing the public to light the Harbour Bridge, which isn’t something you get to do everyday. Vivid Sydney, which runs until 10th June, have also set up a Light Walk on the Opera House boardwalk, giving families the chance to get close to some smaller scale, but still very beautiful, installations. 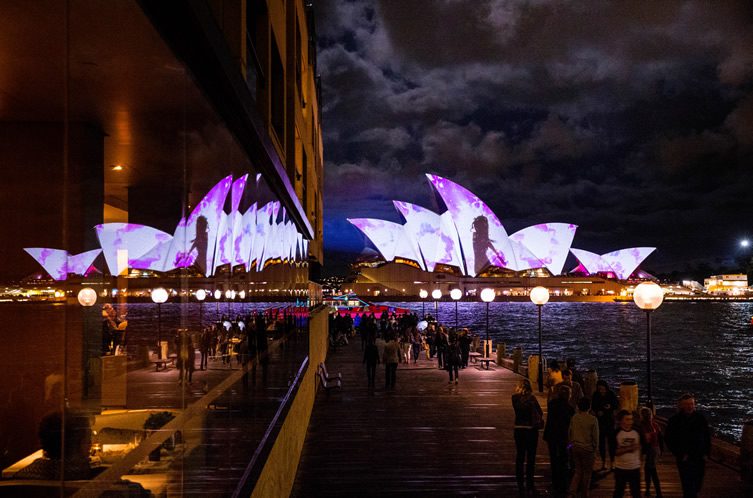 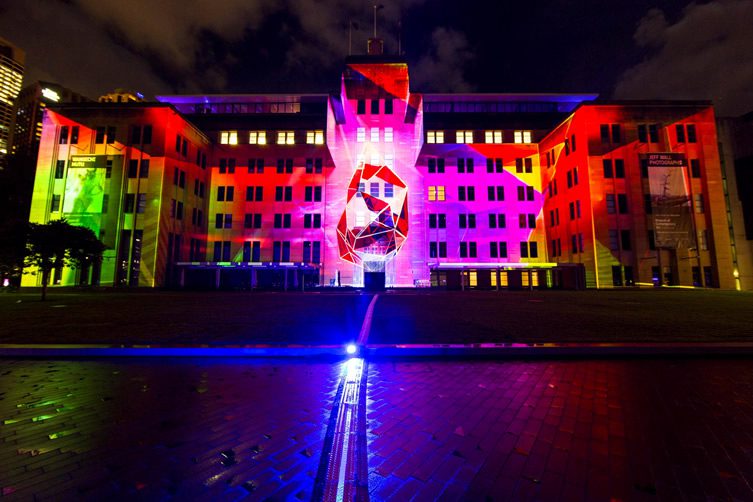 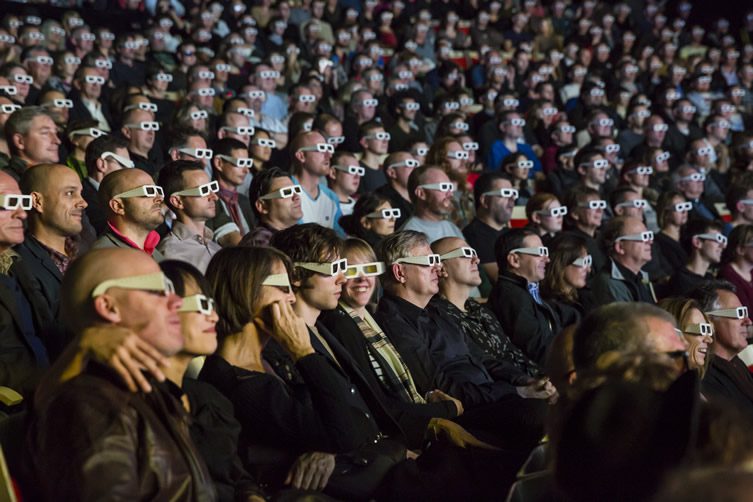 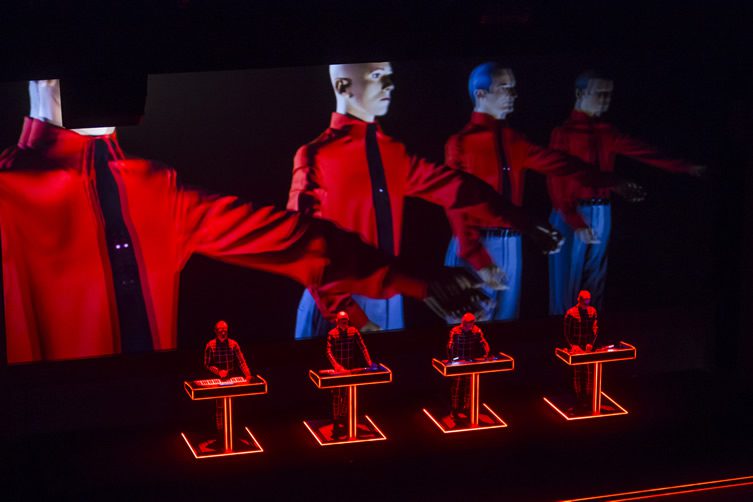 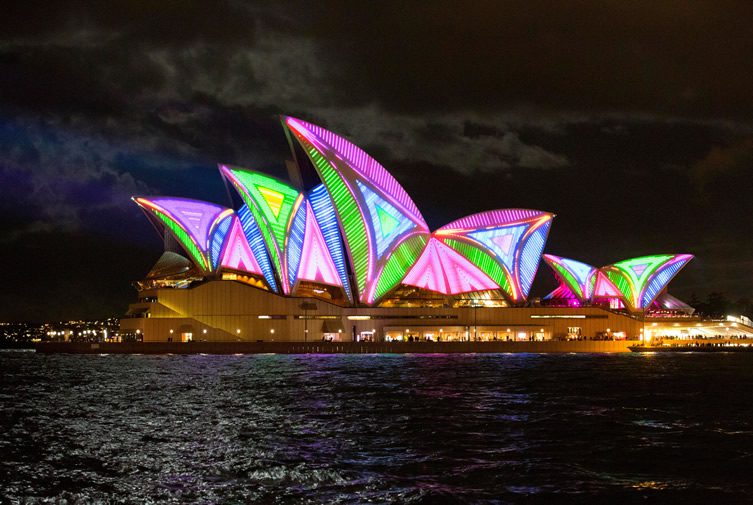 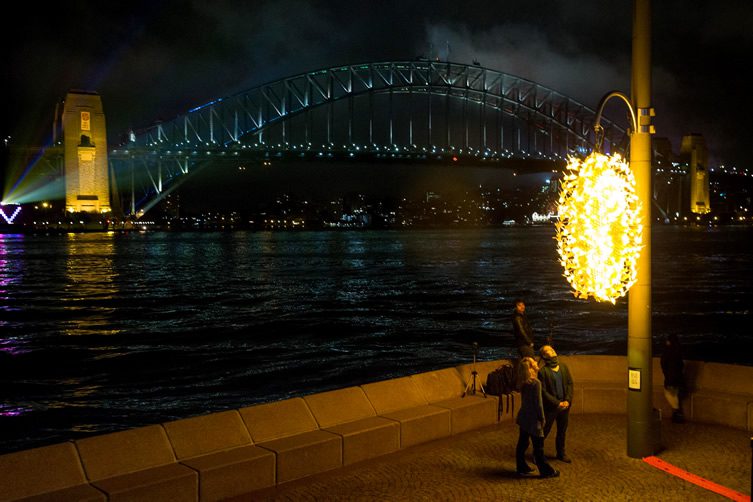 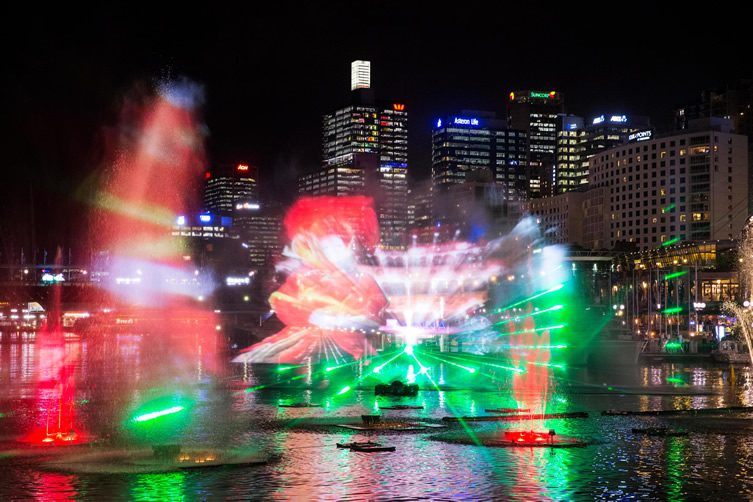 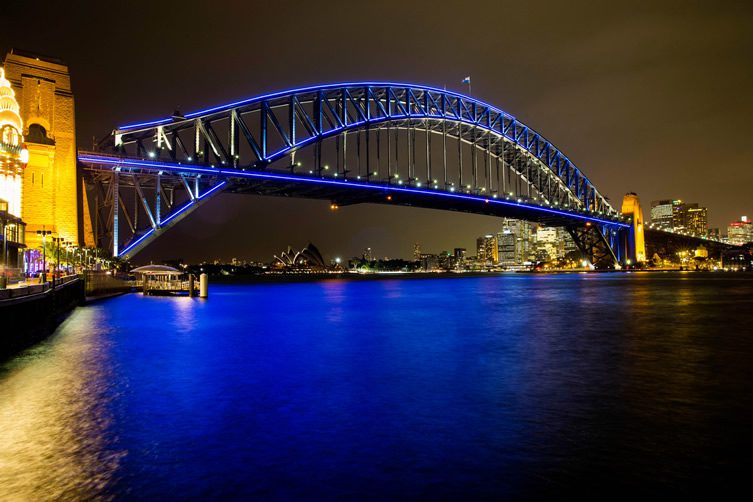 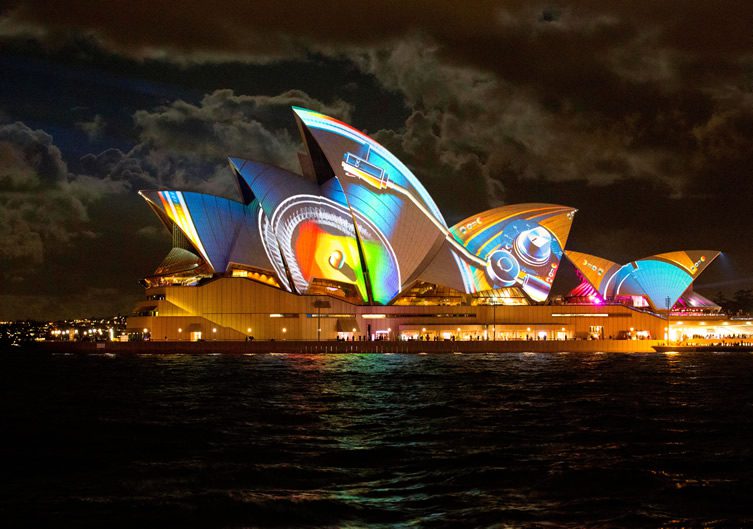 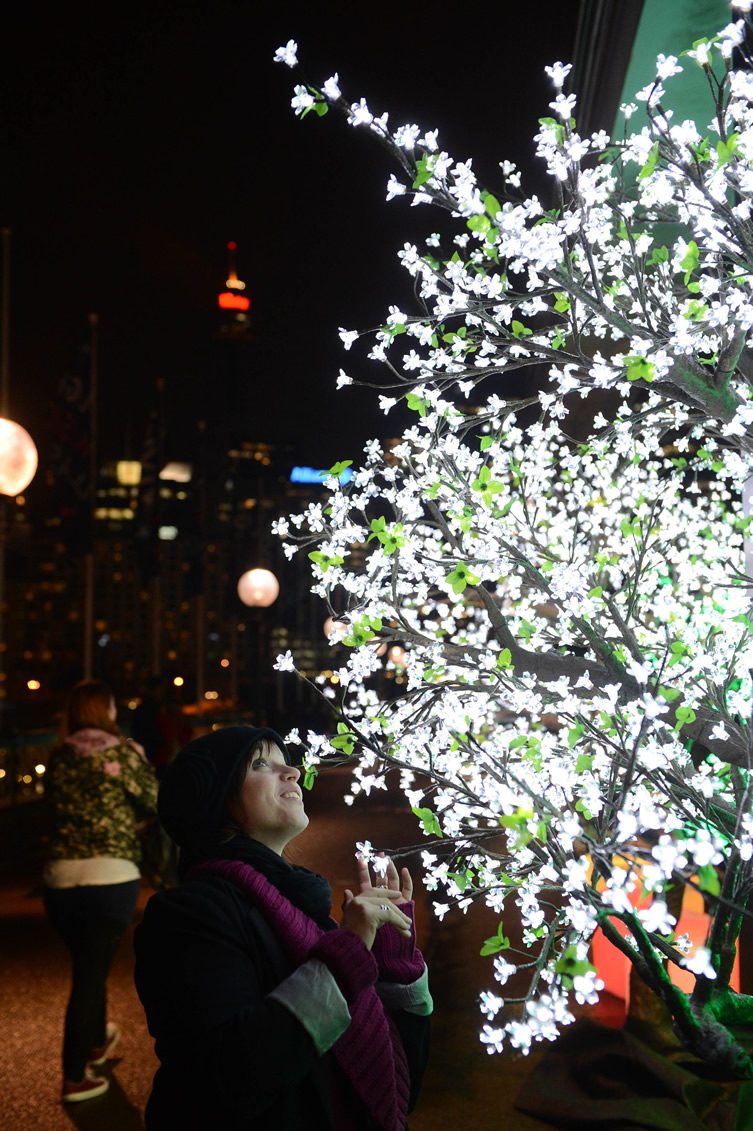 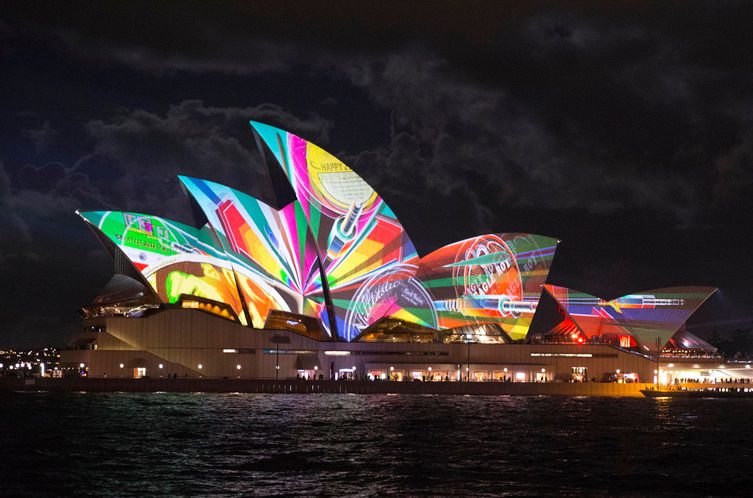