The folks at Volkshaus Basel have hit the architectural jackpot, bagging one of the world’s finest design teams to spruce up their multi-use venue; Herzog & de Meuron carry a considerable reputation, but one that’s always entirely founded.

The Volkshaus building in all its forms goes back to the 14th Century, but the current architecture is 1925 vintage. It narrowly escaped demolition in the 1970s due to new building regulations, and Herzog & de Meuron began the project by undoing most of the invasive changes made 40 years ago and taking it back to the 1925 layout – just as much an architectural restoration as a business venture for the Volkhaus Basel owners. Because of the multi-use nature of the Volkshaus complex, it’s really a series of separate projects for the architects, of which the bar and brasserie are numbers one and two – the venue has nine different spaces and the numbered branding highlights the many facets while creating a cohesive image.

The strong 1920s aesthetic of the restaurant uses brass, tin and wood specifically chosen to age with the building, and the wall murals, by design studio ZürichTokio, hark back to the building’s roots as the centre of city life. Period perfection. 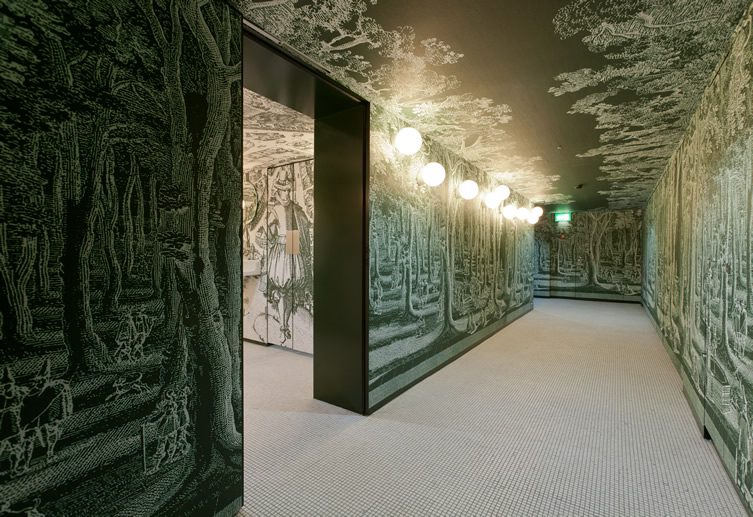 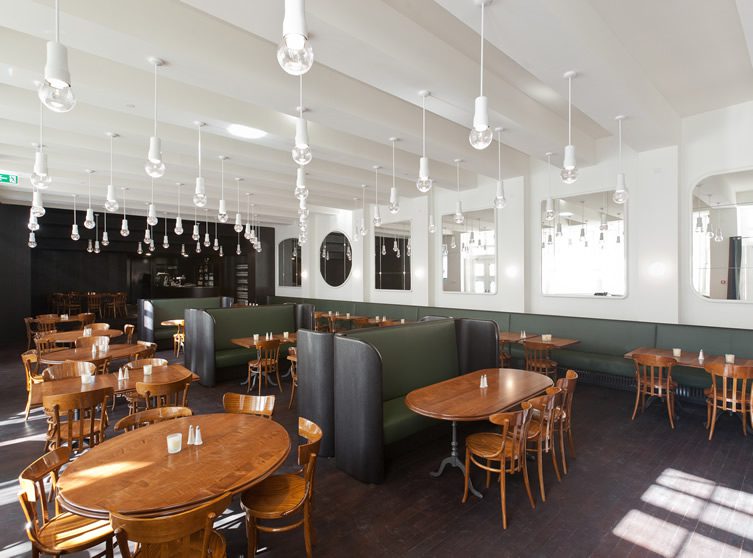 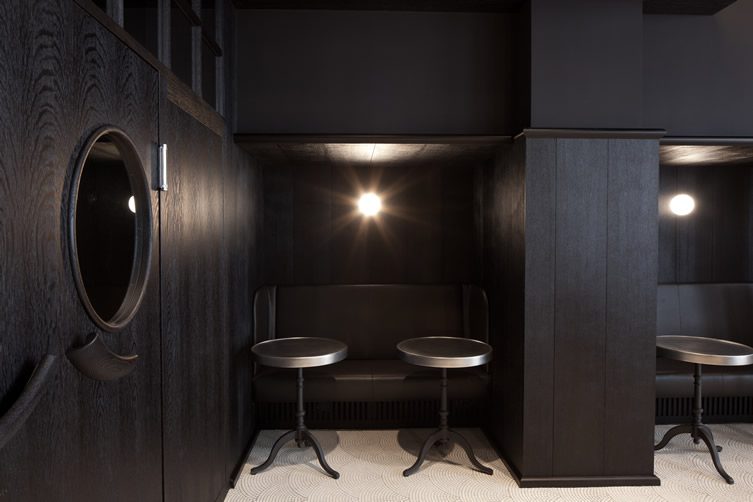 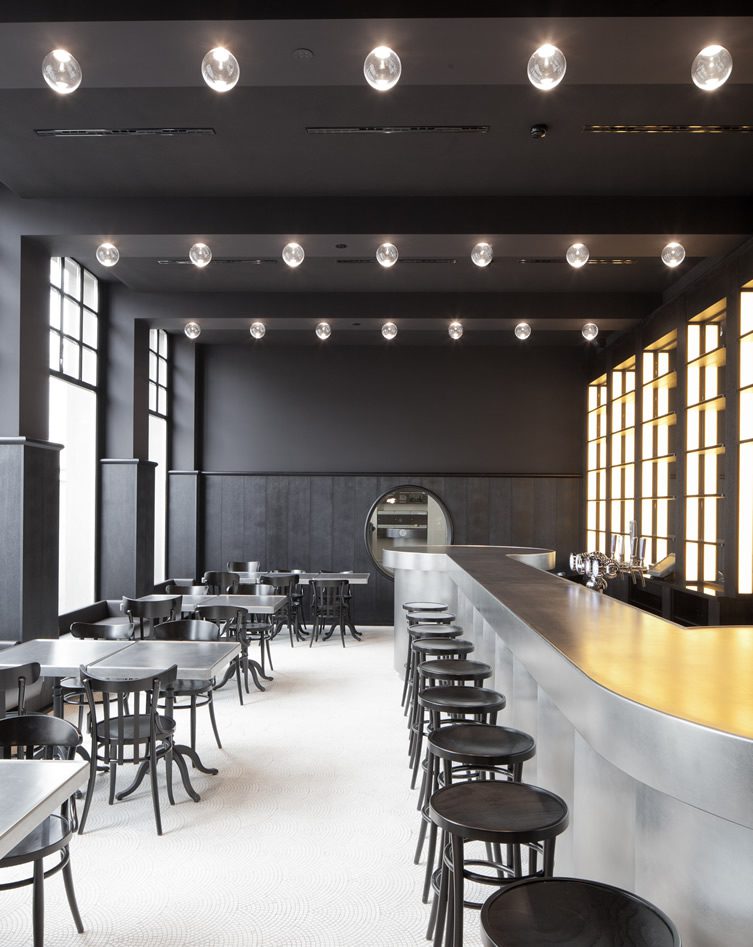 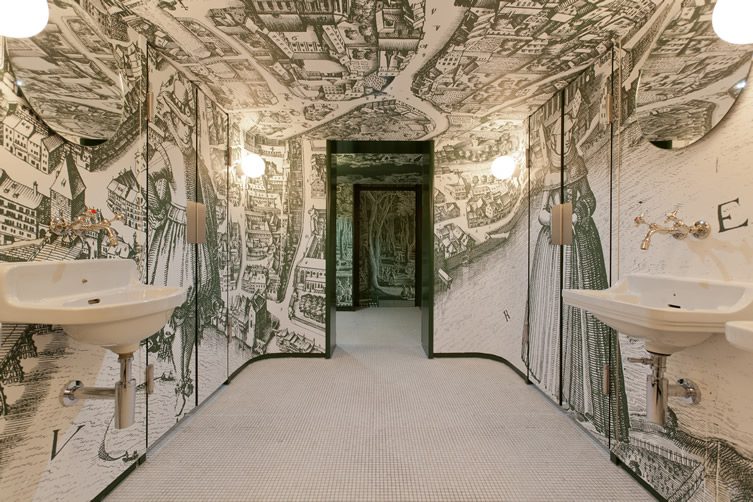 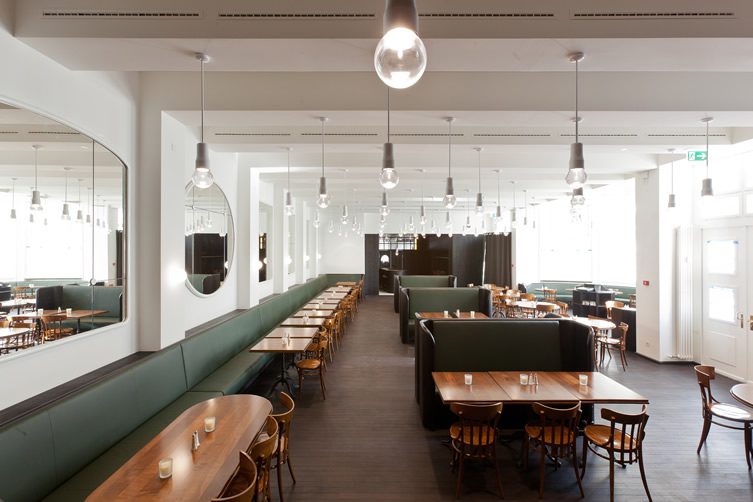 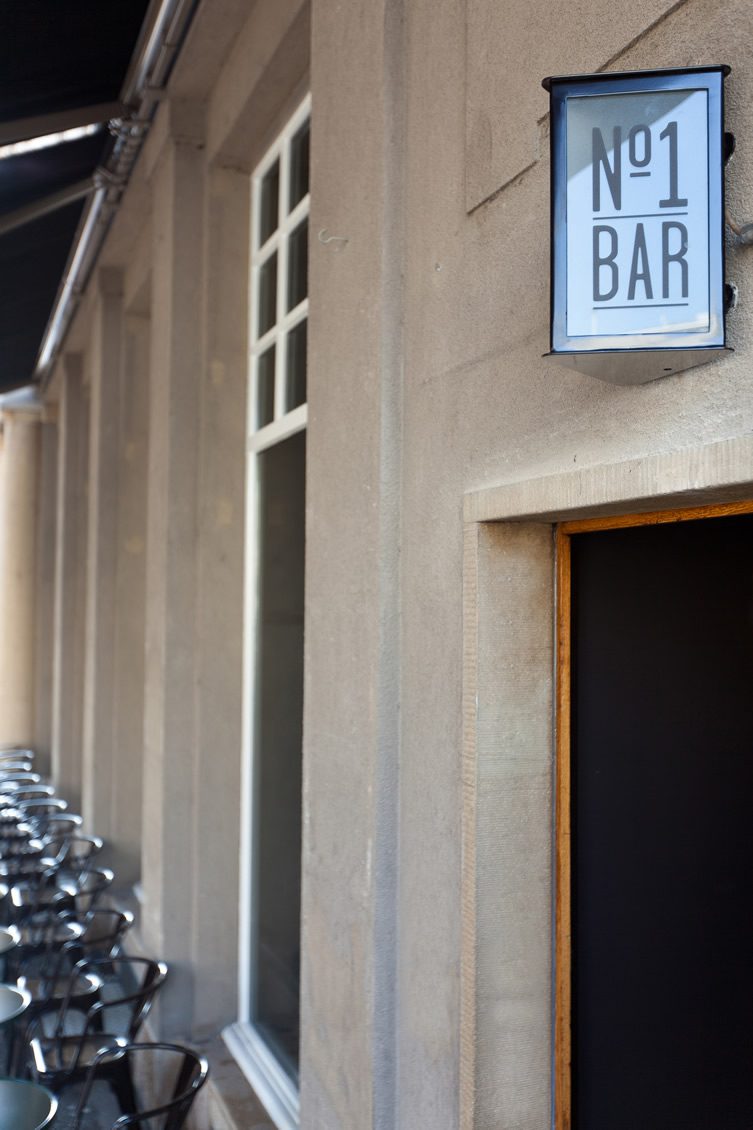 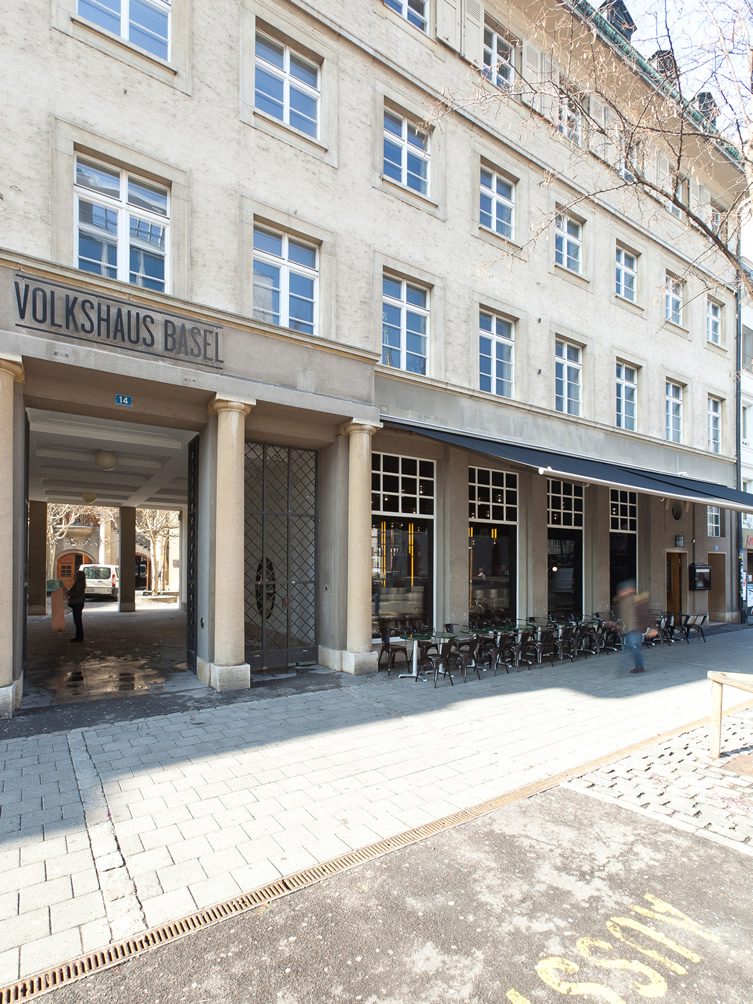 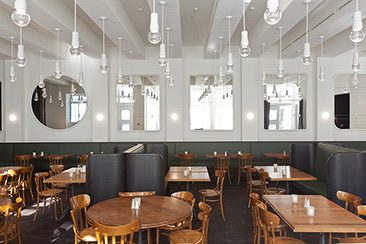 The folks at Volkshaus Basel have hit the architectural jackpot, bagging one of the world's finest design teams to spruce up their multi-use venue; Herzog & de Meuron carry a considerable reputation, but one that's always entirely founded. The...