We know three things about Minnesota: it has hundreds of lakes (which gives plane passengers a pretty spectacular approach to Minneapolis airport), most of it is further north than Toronto, and it has a bloody big shopping centre. Luckily, the latter two are at least in some way relevant to what you are about to read. And our parents said watching TV was a waste of time. Nelson-from-The-Simpsons-laugh at you mum…

Anyway, the shopping centre in question is the grandly-titled Mall of America (MoA) in Bloomington, but it does have more than 500 shops in it so we aren’t arguing. In the thick of all this retail action is the Radisson Blu hotel, a branch of the mega-hotel chain (whose first hotel was coincidently opened in Minnesota, back in 1909) that’s bringing European design values to North America. This is the Blu brand’s second outpost on American soil after the award-winning Radisson Blu Aqua in Chicago, and the designers with the Golden Key on their mantlepiece – British firm Graven Images – were invited back to transform the public spaces of the Bloomington property, and transform it they have. 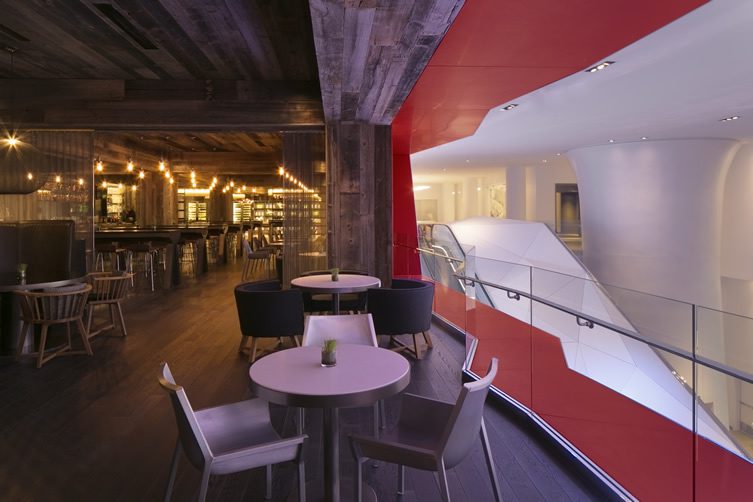 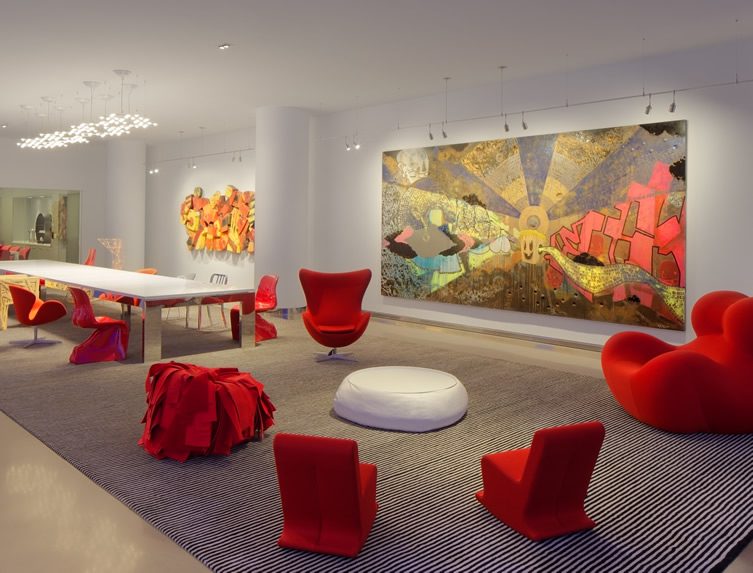 We said its northerly location was vaguely relevant; a glacial white installation/wall forms one side of the first and second floors of the hotel lobby like a towering iceberg. The material, from Spain, is called Krion, and gives an effect something close to porcelain, with individually moulded panels fitted together to produce the jagged contours of the wall, designed to resemble the surface of a shopping bag holding all its goodies inside.

That would have to count as the hotel’s centrepiece, but there is plenty more eye-catching work to commend the Radisson Blu Mall of America. The Krion wall separates the lobby from the Firelake Grill House and Cocktail Bar, featuring a red version of the material and Dedon nest chairs hanging 40ft from the lobby ceiling, and the fiery red counterpoint to the cool blue continues with the chairs in the Gallery space. Jim Hamilton of Graven Images explained that the recurring small lights dotted throughout the different areas represent fireflies, themselves symbolic of the MoA’s estimated 40million annual visitors. They look likely to be returning like moths to a flame once they experience this wondrous place. 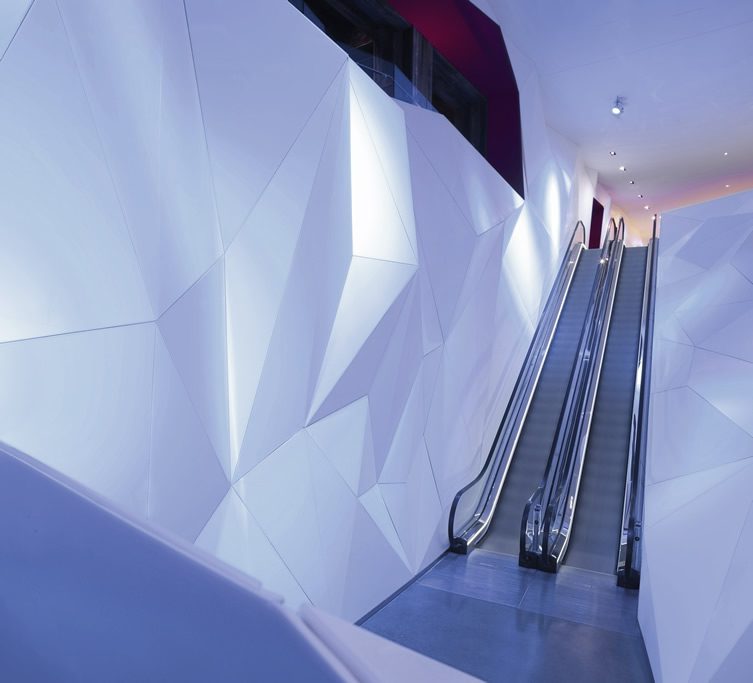 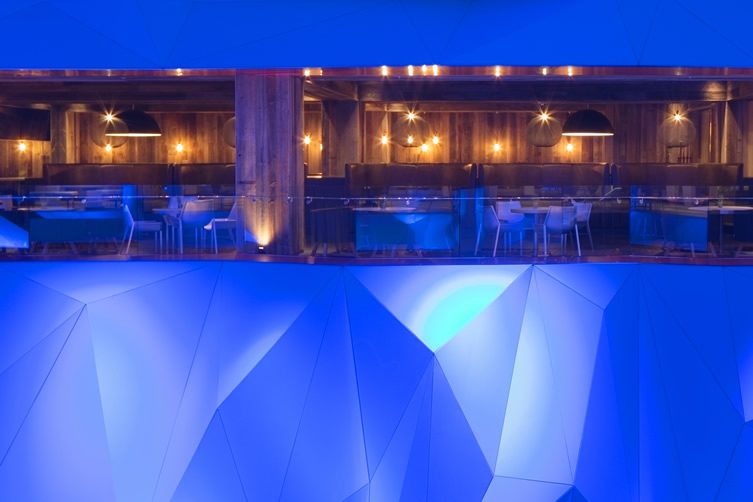 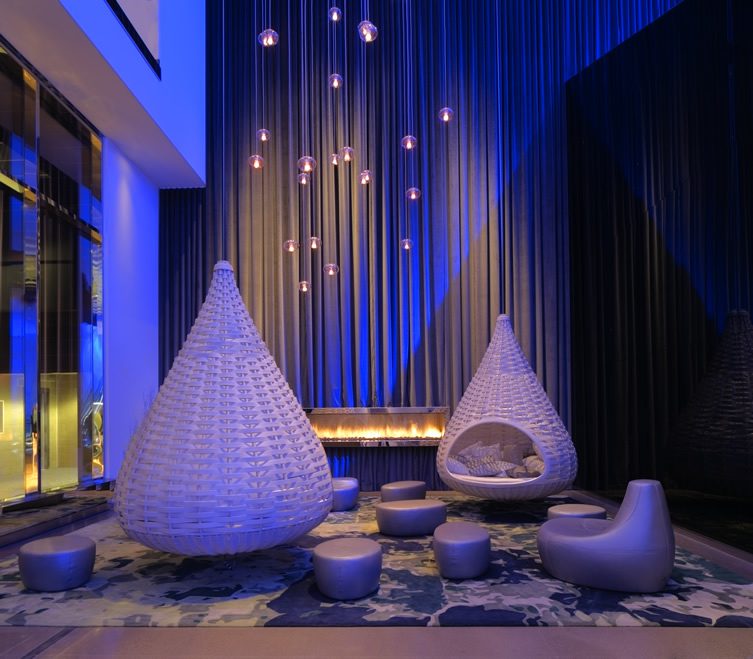 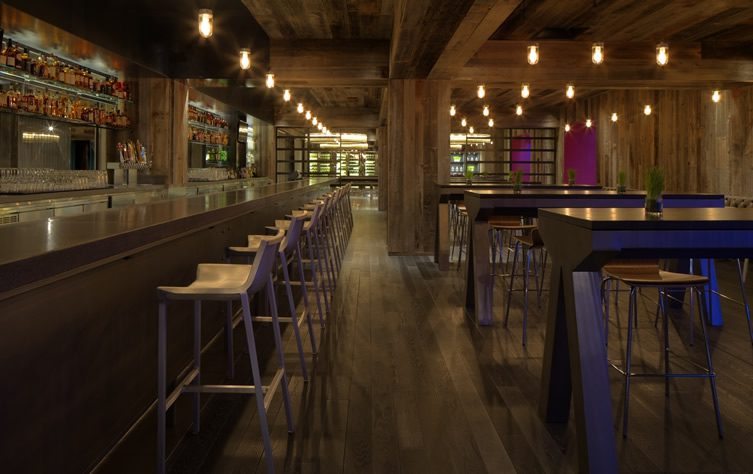