With a name like Kook, you’d imagine a restaurant to be pretty crazy, not all the way out there like Batshit, but certainly unusual. And you’d be right, although in the case of this new Roman restaurant, the vibe is a lot classier than one might expect.

The team of Mohamed Keilani and Luca Gasparini, together as young architecture firm Noses, have included some lesser-used design features in their interior. The most obvious one is that quintessentially Mediterranean icon, the olive tree, which they have encased impressively in glass as the main room’s centrepiece, symbolising longevity and wisdom we’re told. Less obvious wisdom is employed by hanging a bicycle above a door, but then this place is called Kook. It’s a Bianchi by the way (the crank-heads among our readership will want to know).

Aside from gimmicks like that, there are some lovely features to Kook, like the sections of blue-and-white floor tiling, and the classical Roman-style motto carved into the wall. All-in-all, a very nice looking place which is nowhere near as irritating as the Zooey Deschanel name promises. 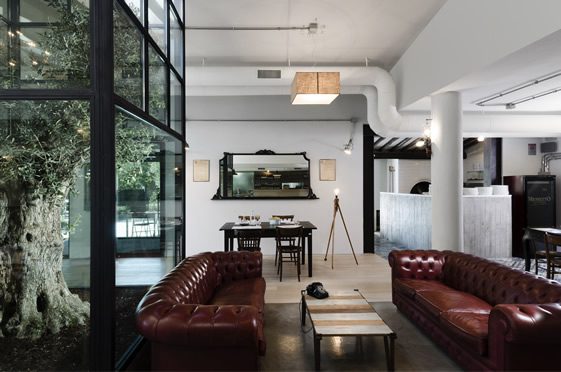 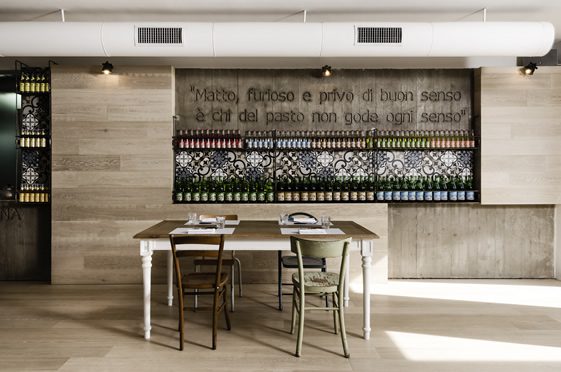 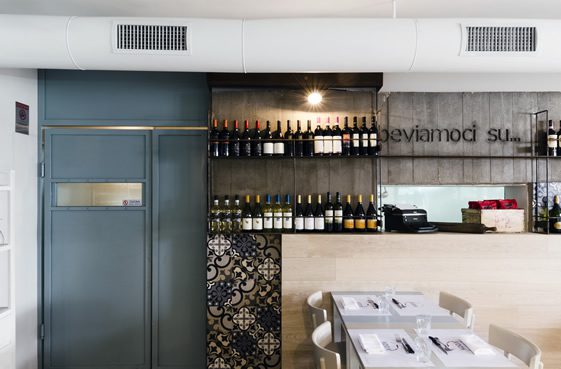 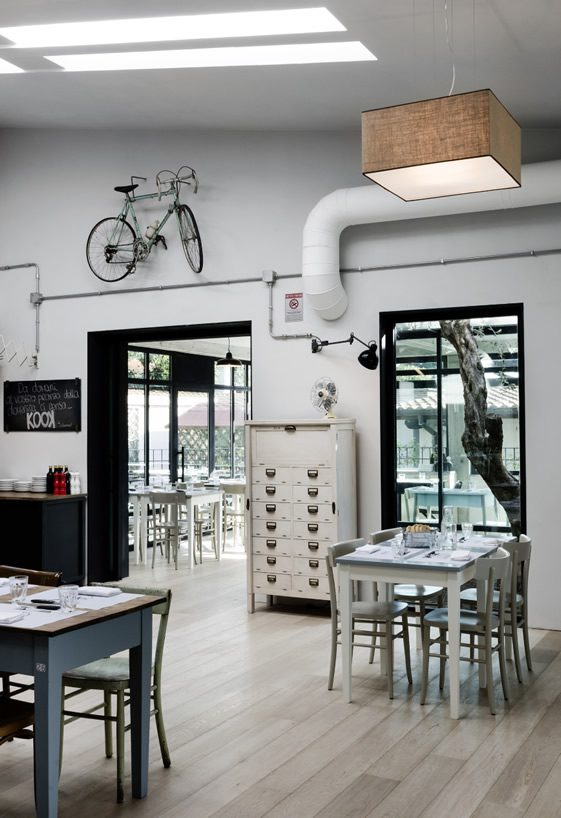 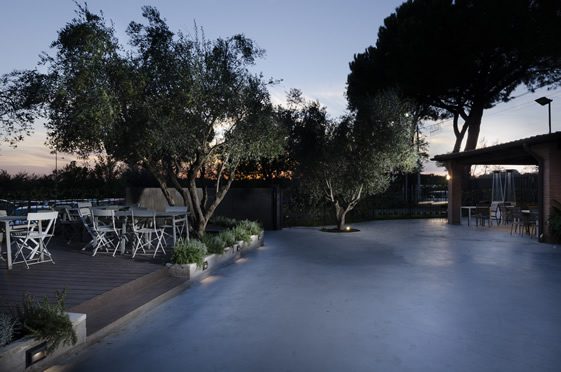 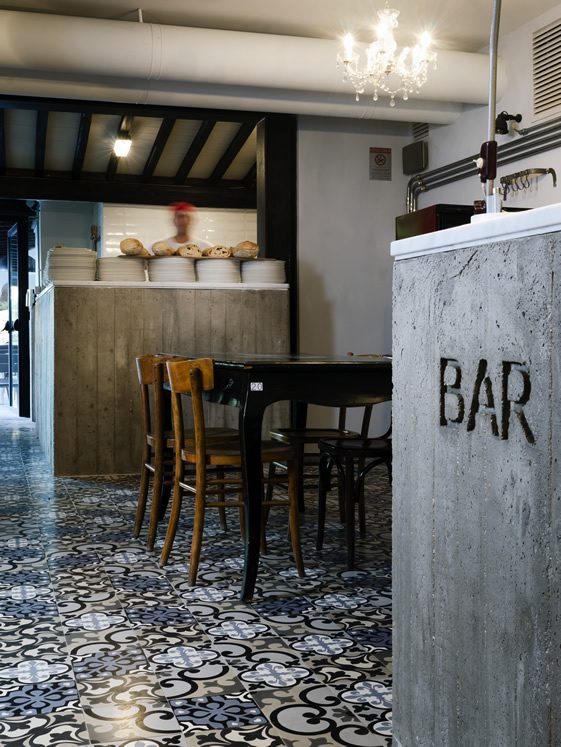 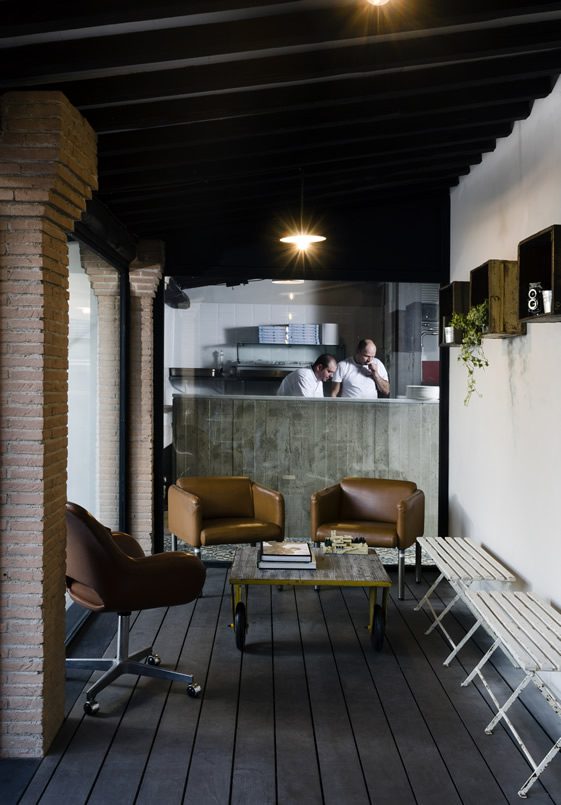 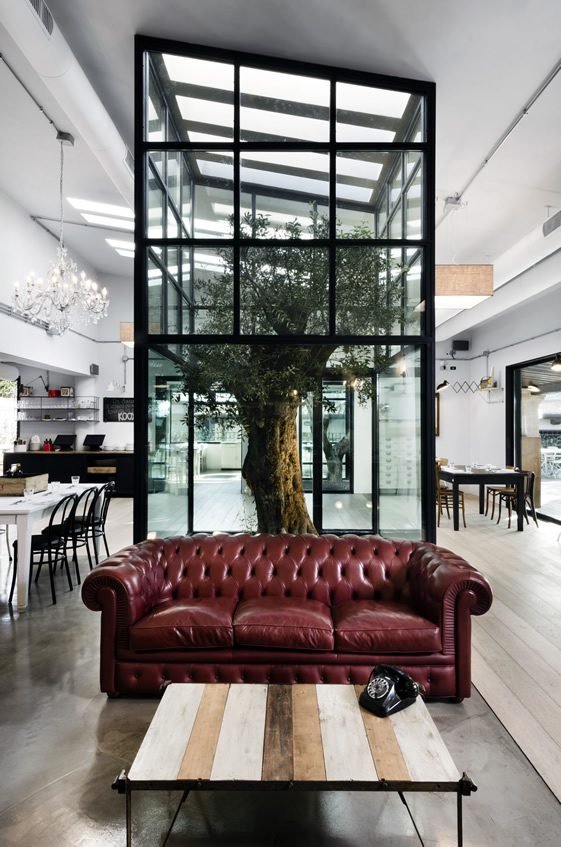 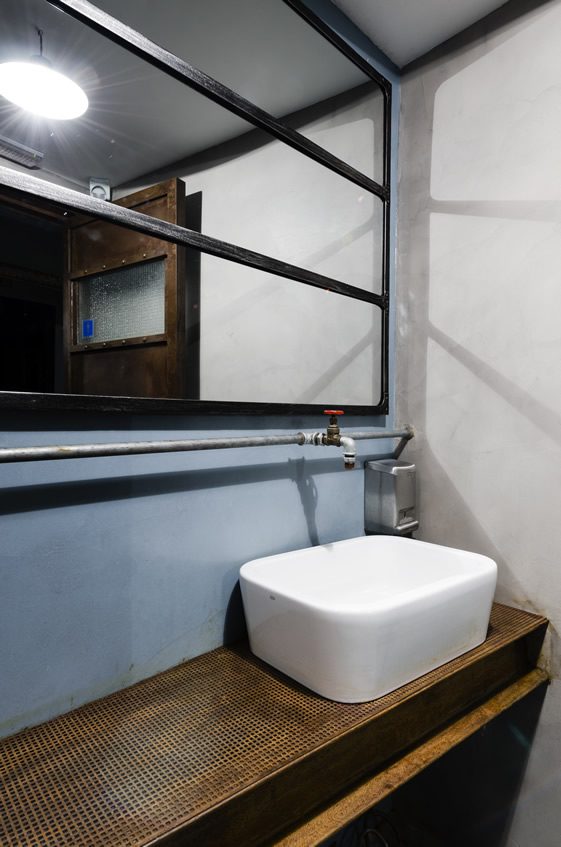 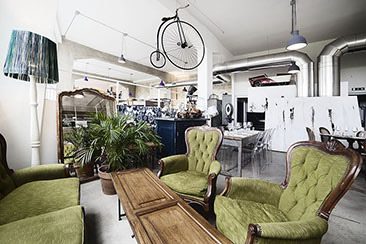 Historical capital shows its progressive side at multi-purpose mill conversion...

With its incredible wealth of ancient monuments, historical buildings and classic art, Rome is rightly viewed as one of the world's most important heritage centres. What doesn't get a lot of attention is the more modern aspects of the city's... 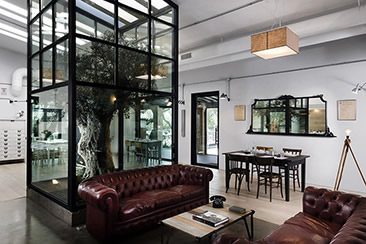 With a name like Kook, you'd imagine a restaurant to be pretty crazy, not all the way out there like Batshit, but certainly unusual. And you'd be right, although in the case of this new Roman restaurant, the vibe is a lot classier than one might...