“I’d be a gigolo living on top of a cat shop. I would eat rice pudding with a teaspoon of jam from Lidl, and watch Loose Women on TV all day”, Mr. Frivolous tells us when prompted with the question of what he’d be doing if he wasn’t an artist. “Mickey, hide Minnie. Rastamouse is in the house, and he ain’t looking for cheese”, goes one of the countless scribbles that adorn his frantic illustrations. Safe to say, this London-based artist lives in a mildly bonkers world. A certifiable headbanger. And that’s just how we like our creatives.

Mr. Frivolous’ artworks are instantly recognisable: his muted colour palettes, frenzied sloganeering and fashion-mag styling are bashed together like the heads of two particularly boisterous school kids to create his highly individual portraits. Reality is suspended in favour of the exaltation of comic-book iconography, seductive muses and bags of provocative posturing. We spoke to the devilishly madcap illustrator to find out more… 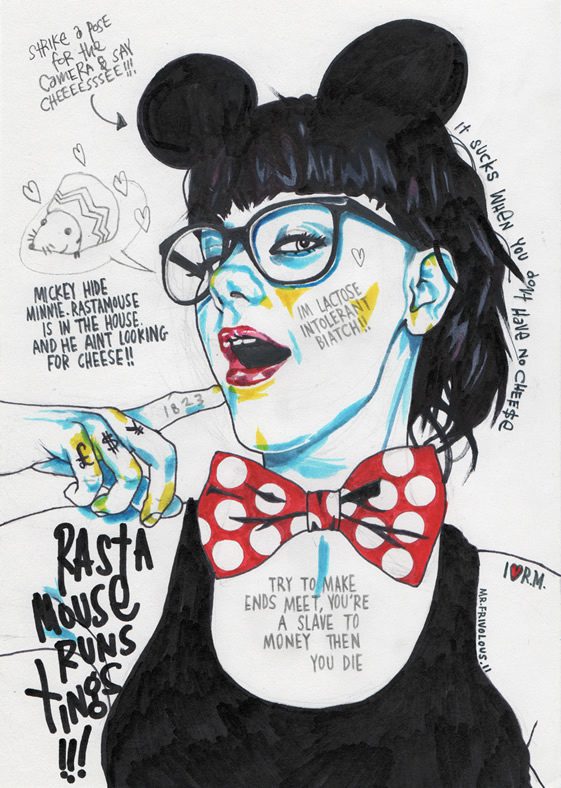 Who is Mr. Frivolous?

Mr. Frivolous is an over-thinking, odd sock-wearing, booty-shaking, lip balm-sporting, daydreamer with a bad sleeping habit. He lives and pretends to work somewhere in the London.

Can you tell us a little about your style and where it comes from?

I really have no idea, it took me a while to even realise I had a style. It’s only when people started telling me that they either liked or hated it I realised I officially had one. I’m not sure if that’s good or bad. Most of the artists I was influenced by when I first started out were painters, I would say that I am heavily influenced by comics and lowbrow art.

Scribbled slogans play a large part in your illustrations – do they have specific meanings or is it just a case of whatever comes out, goes down?

I’d say it’s a mix of both. The quotes and random thoughts that I jot down mean something to me, even if it’s a bit silly or doesn’t directly relate to the image. I have a little book of written words and saved texts that I have punched on my cheap phone, based on how I felt at a particular moment in time. Sometimes I try to illustrate them, or just wait until the right drawing comes along to add them in. 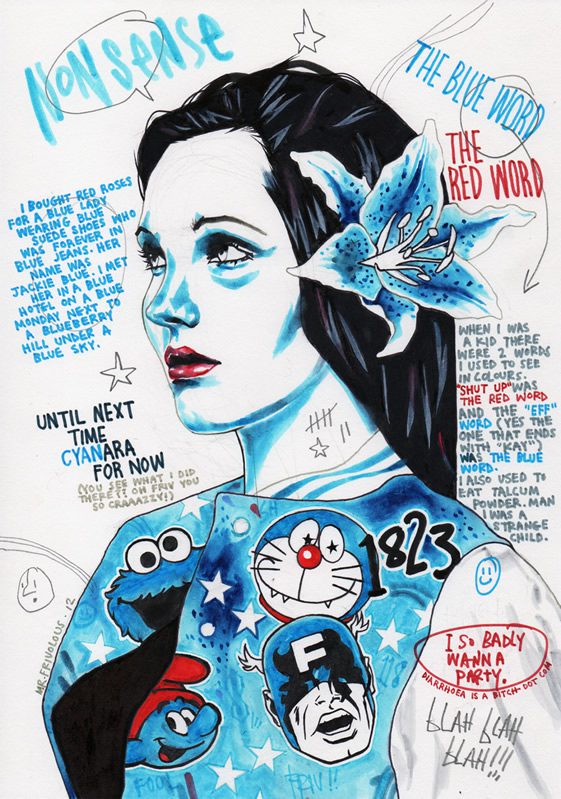 Inspiration comes to me at random moments in time. It could be triggered from a phrase from a movie or song, from dreams or just come to me while going shopping. But it’s words more than images that inspires me to create.

Would you say you are influenced by local traditions?

Even though I’m from the UK, I would probably say I’m influenced by American tradition. From the music to the comic books I used to collect, and my obsession with artists you would find in Juxtapose Magazine like John John Jesse. 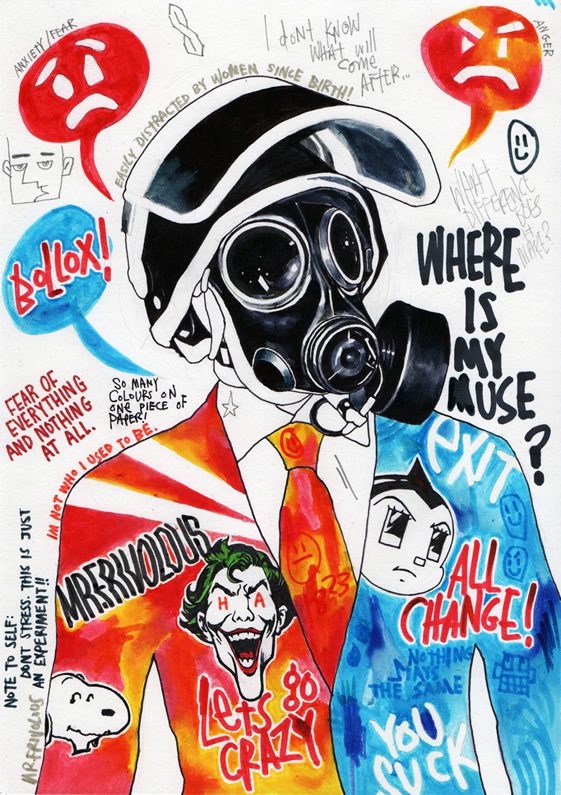 I would get rid of X-Factor, Big Brother and any other reality TV show. Why? Because it’s crap. The only reality show I ever enjoyed was MTV’s The Real World. That’s where it should have all ended.

If you weren’t an artist, what would you be doing?

I’d be a gigolo living on top of a cat shop. I would eat rice pudding with a teaspoon of jam from Lidl, and watch Loose Women on TV all day. I would drown my sorrows with tap water and give anyone who stepped on my Nigerian crocodile shoes an evil stare, followed by a deliberate twitch just to add to the effect.

What’s next for Mr. Frivolous?

I watched a TV programme once and one of the characters in it said “I don’t have a plan, I just do the best I can”. Since then I have adopted that as the motto for my life. 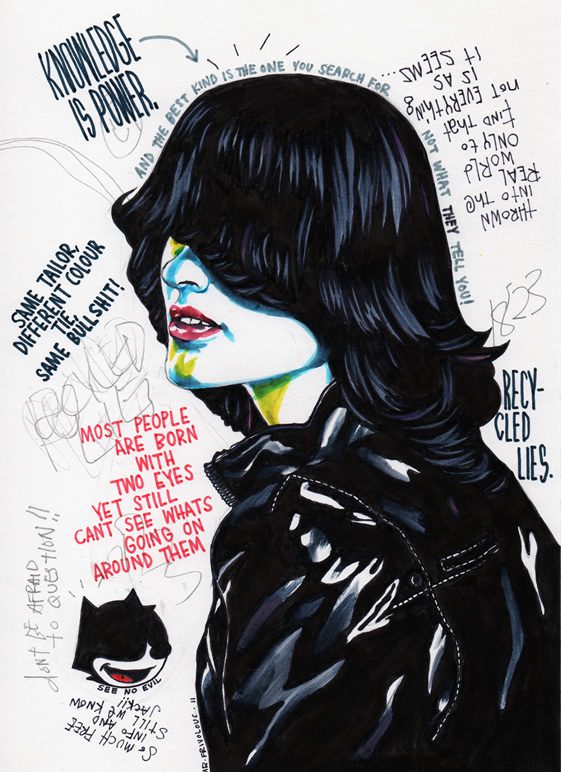 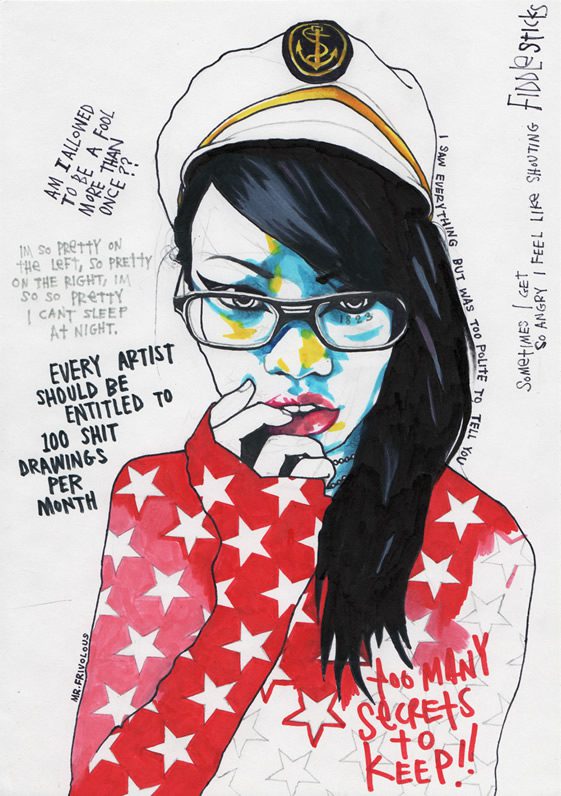 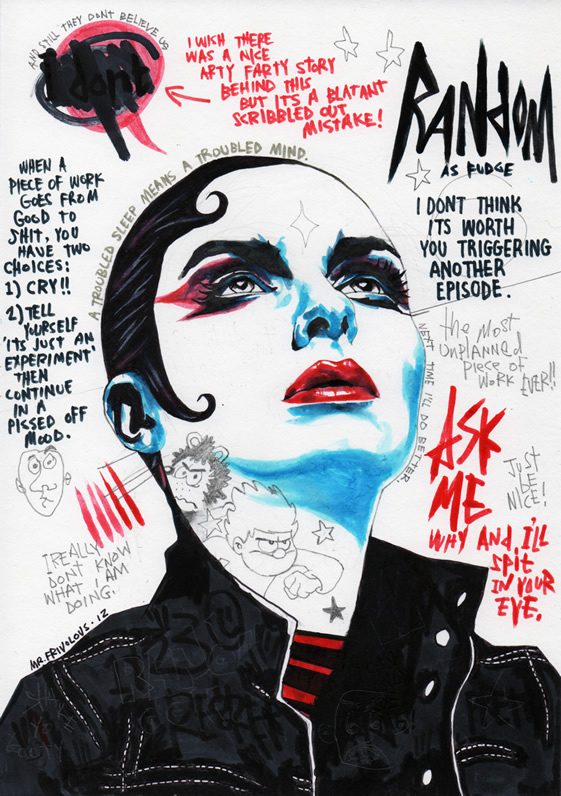 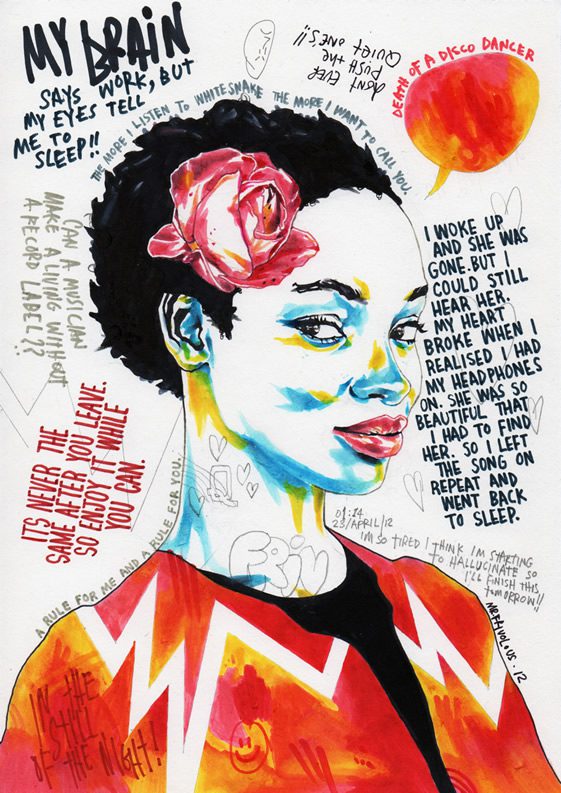